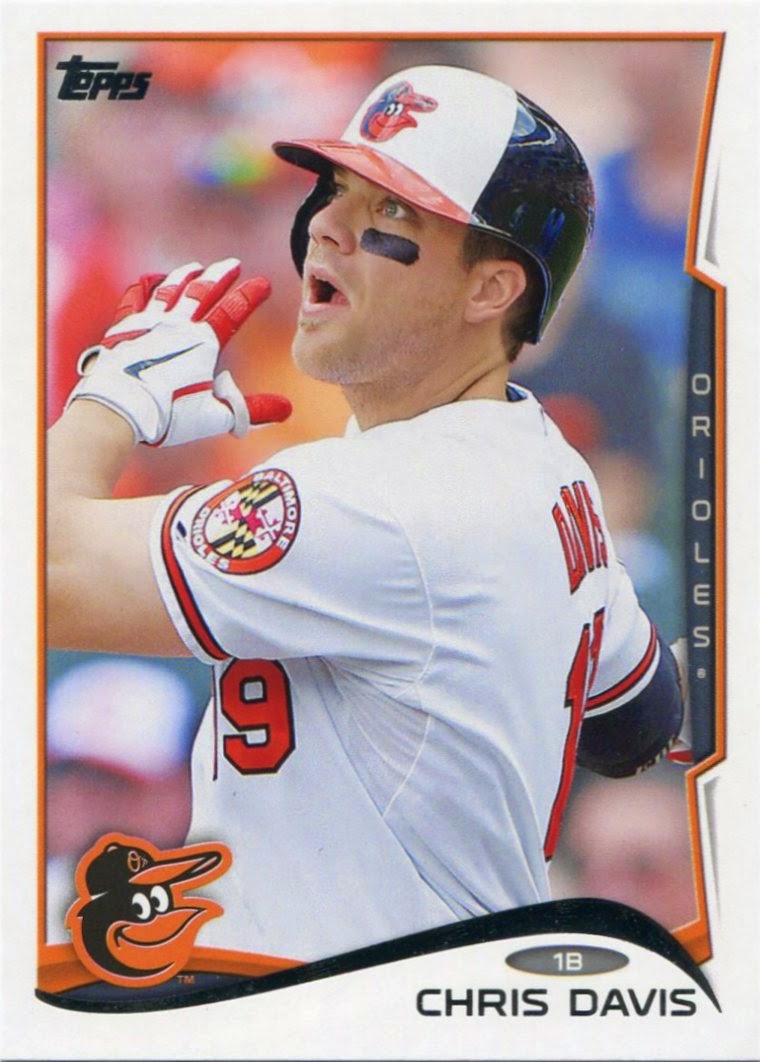 I think most of you can gather what this post is going to be about from the title alone.

As you might guess, I was recently the beneficiary of yet another Zippy Zapping, courtesy of Kenny of the terrific blog "Torren' Up Cards." Zippy Zappings are becoming the stuff of legend around here, and I really think the term needs to be trademarked at some point in the future.

Perhaps the scariest thing about a Zippy Zapping™ is that you never know when one will hit you. This particular batch bombarded my mailbox without any warning whatsoever.

The first shock came courtesy of Chris Davis, whose 2014 Topps single had somehow eluded me for months. Only Mr. Tanaka (#661) stands in the way of having all the Series 2 base cards I need.

You will be mine, Masahiro...someday. 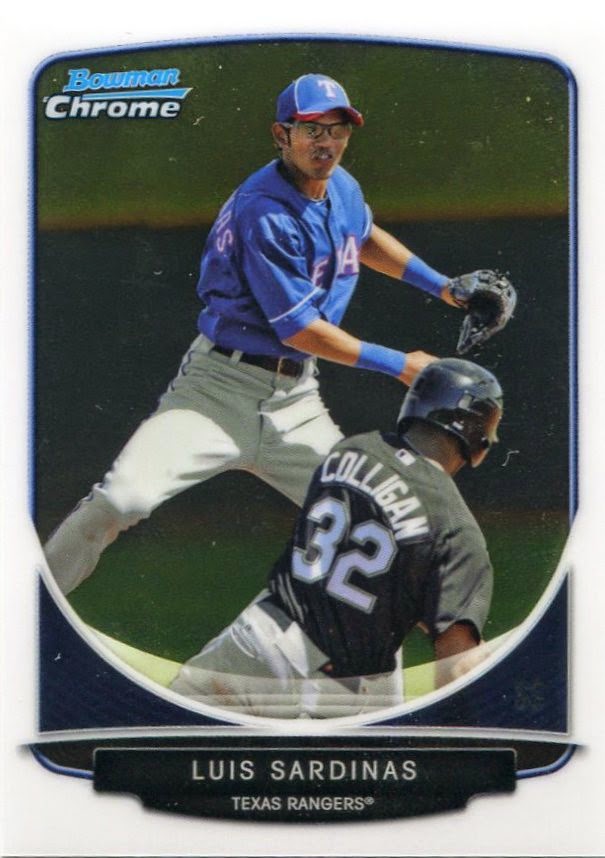 The Zapping™ continued with a rare mini double dip.

I'm still torn on how I feel about mini chromes being a thing now.

It reeks of gimmickry, but, admittedly, they are kind of cool. 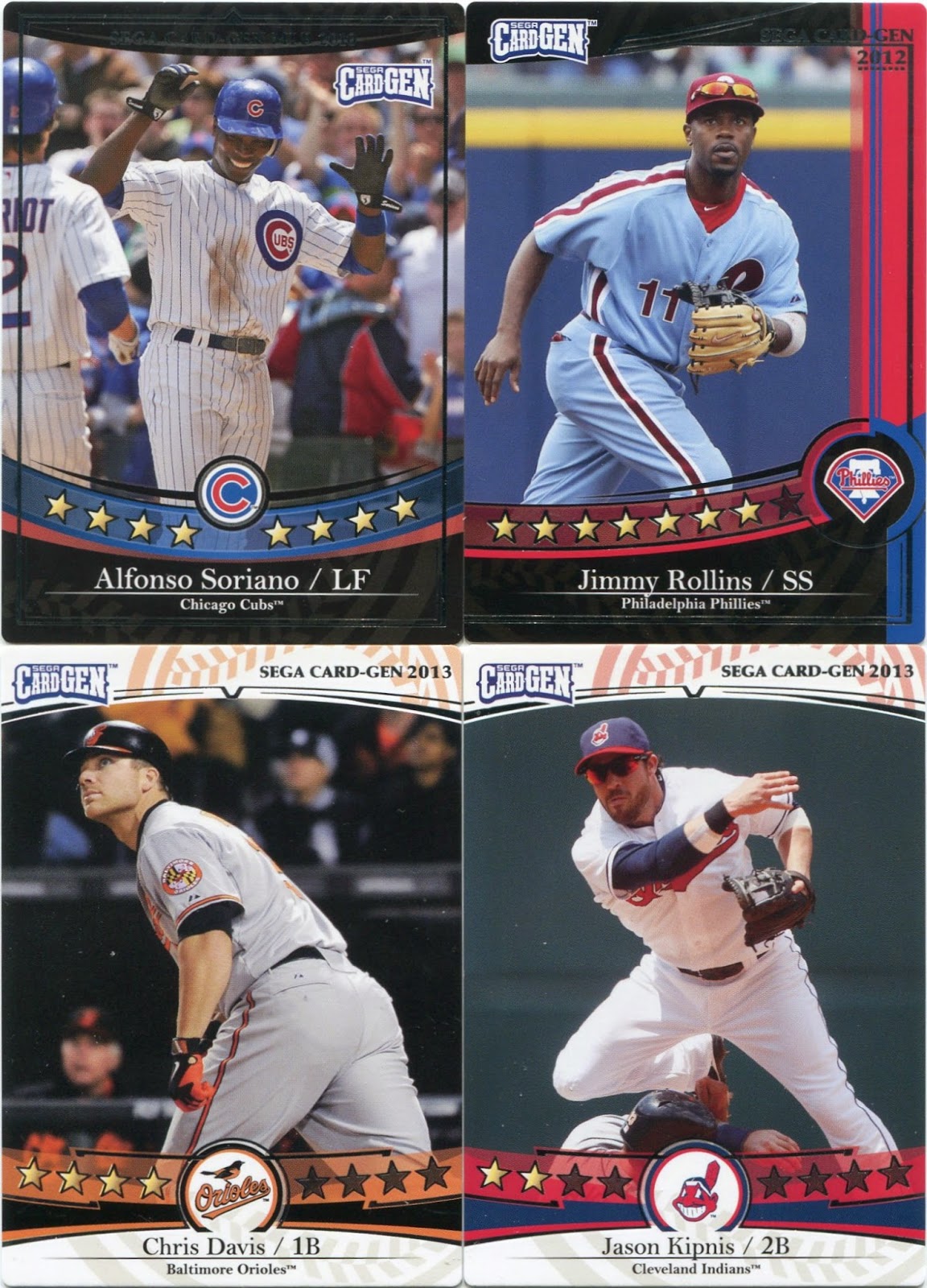 Kenny can toss in all the standard Topps and Bowman cards he wants, but those aren't the reasons his Zappings™ have become so legendary.

Nope, it's all about the Japanese oddballs. Kenny is basically our pipeline to cardboard from the House of the Rising Sun around here. We wouldn't have access to any of these fantastic oddities without him around.

I know I'd never seen anything from Sega Card-Gen before Zappings™ started to hit my mailbox. Heck, I didn't even know what a Card-Gen was in the first place. If you've ever traded with Kenny before, chances are you've received a Card-Gen by now. 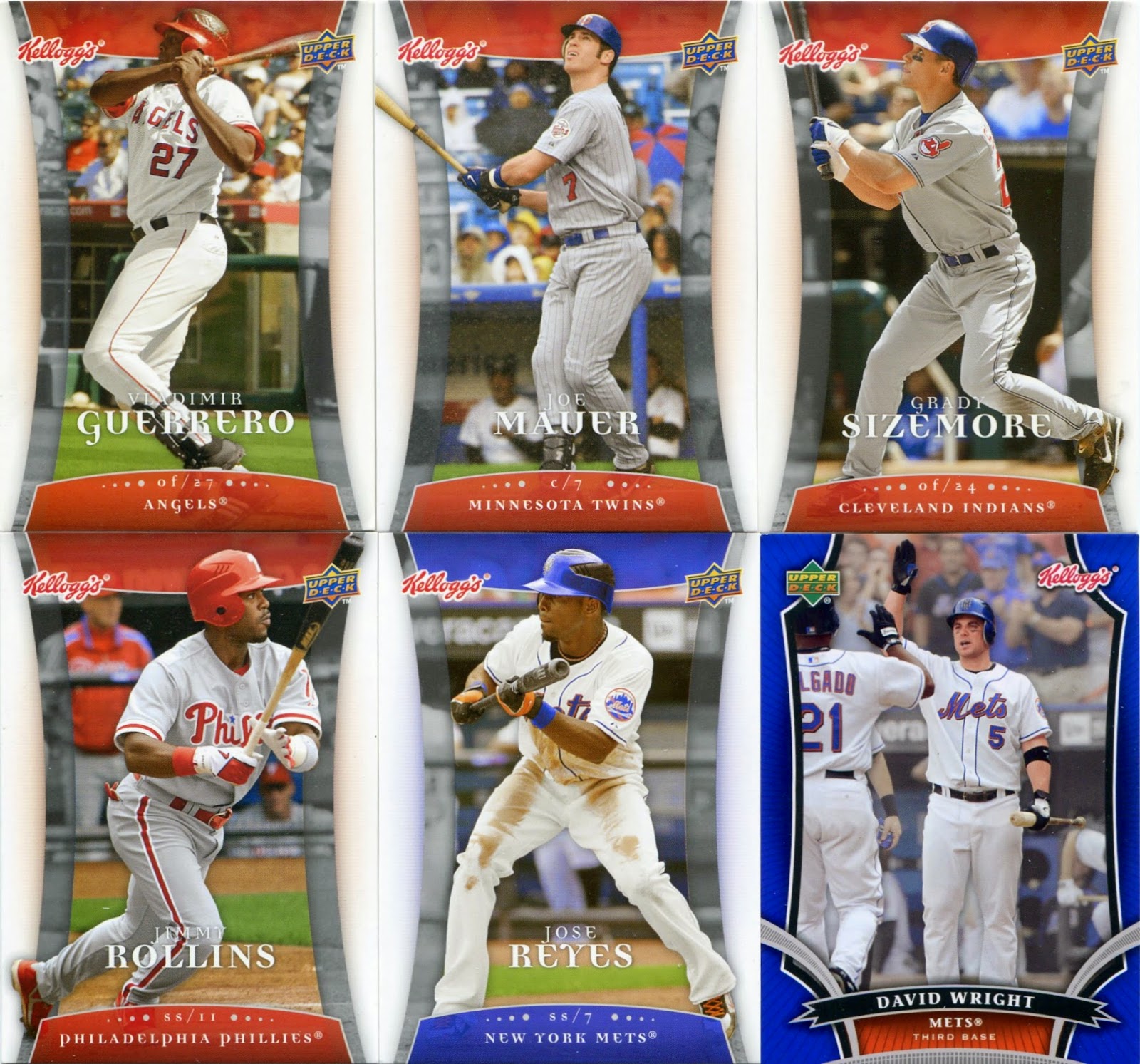 These, however, were new to the Zapping™ business.

Apparently, people in Japan are lucky enough to still have baseball cards packaged with their breakfast cereal. As you can tell, these were all produced by the Kellogg's brand.

Kenny posted these on his blog a while back, and he graciously agreed to send me any extras he had. 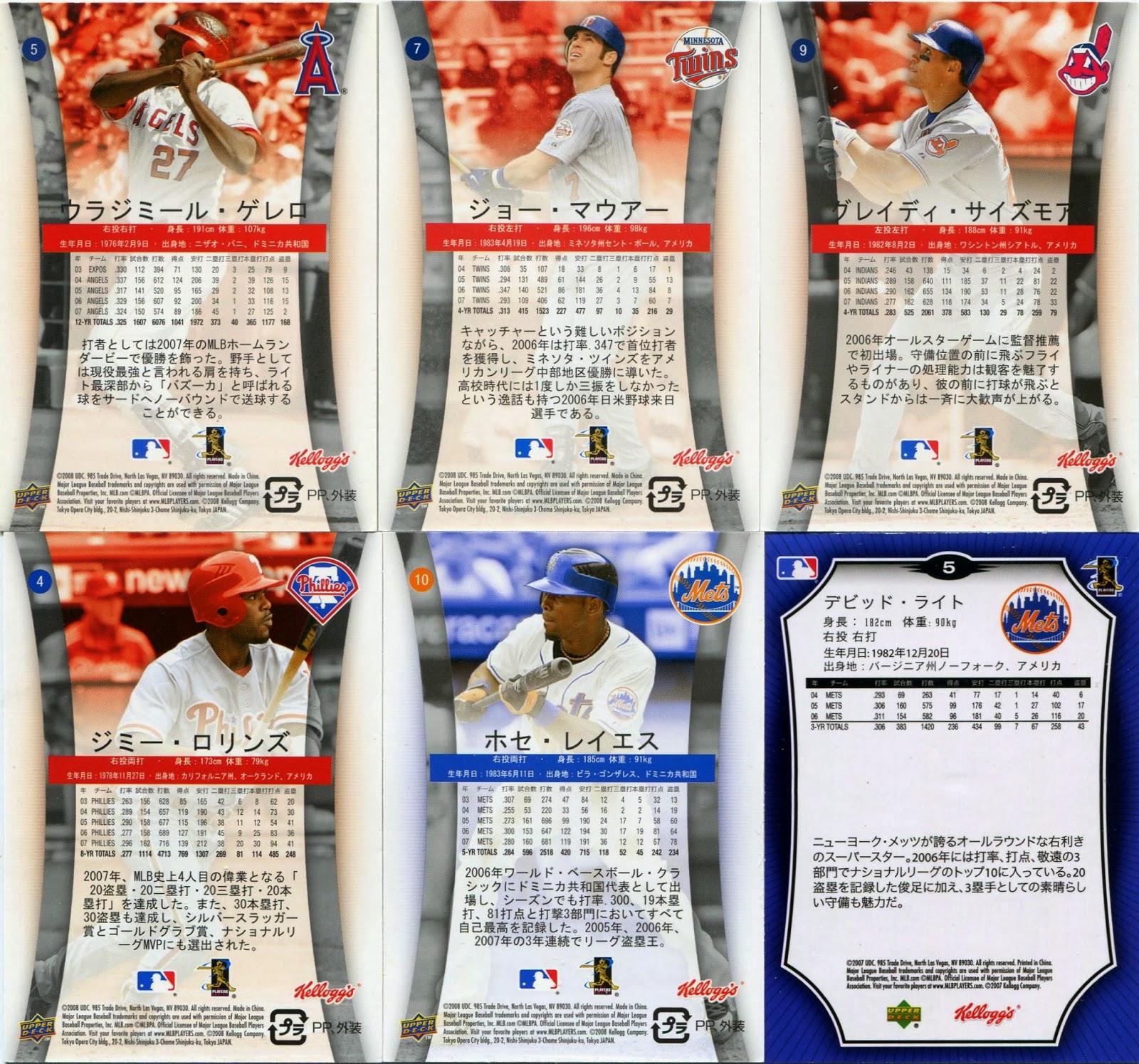 I'm so glad to have them in my collection.

Although Kellogg's chose some odd sets to replicate (UD Artifacts? Sweet Spot?), there's something innately special about owning cards that were produced way out in Japan. 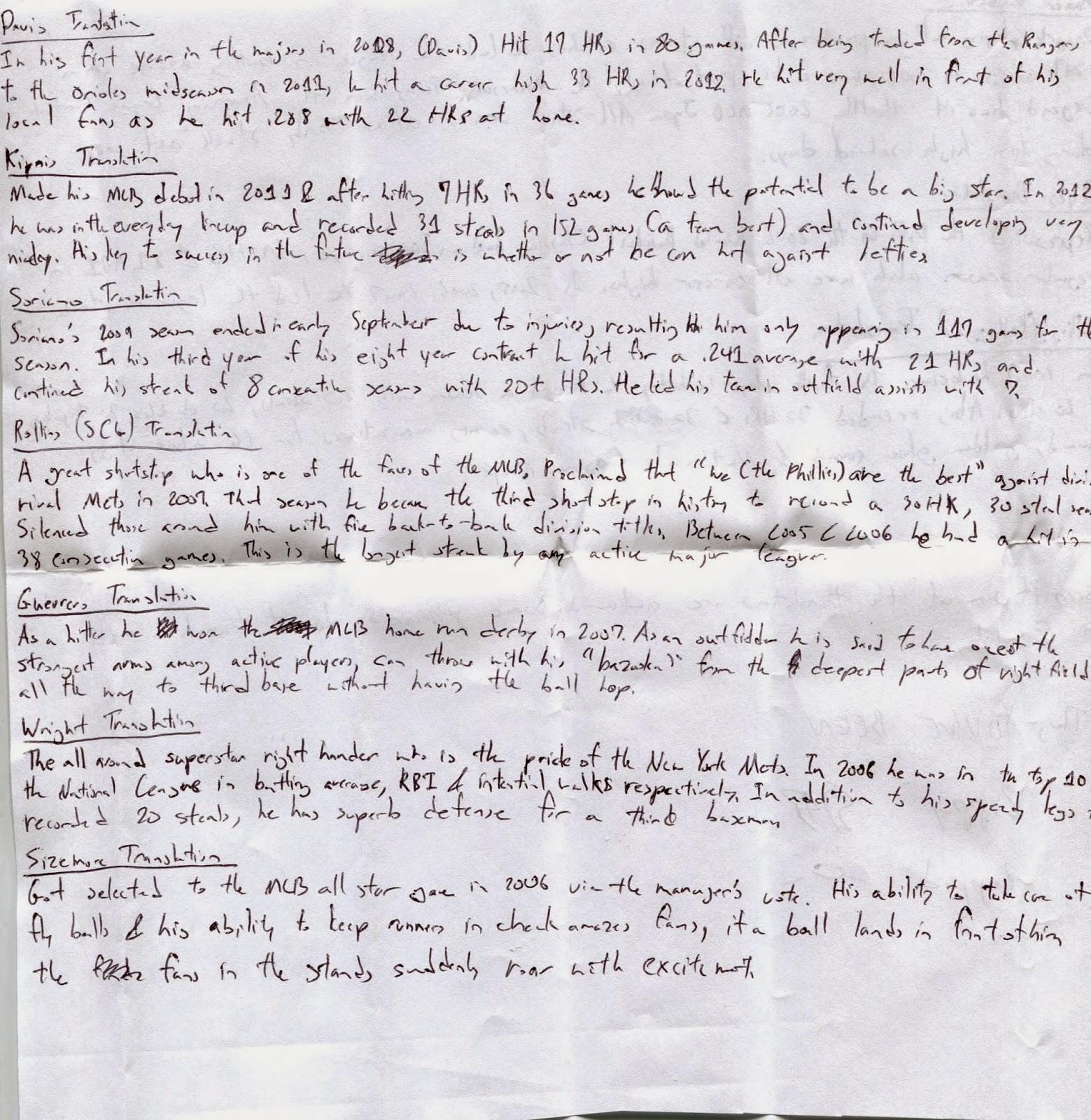 As if that weren't enough, Kenny was nice enough to translate the backs of both the Sega Card-Gens and the Kellogg's cards.

This is an absolute blessing since, at least from personal experience, Google Translate seems to always be wrong. 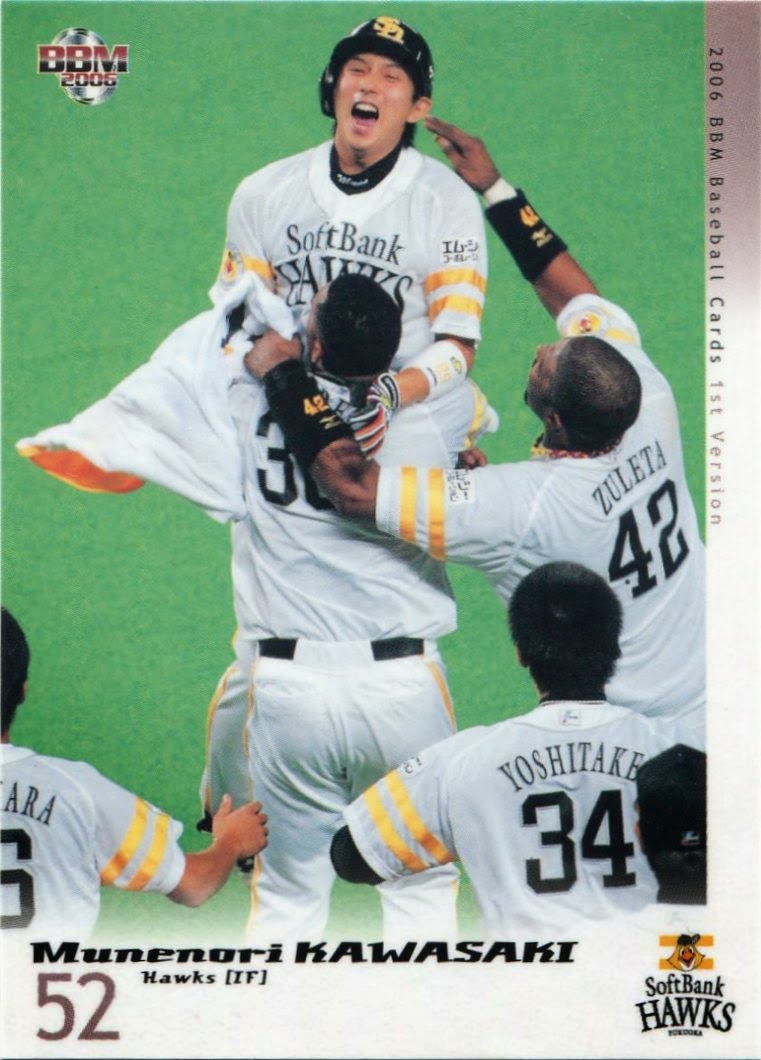 While Card-Gens and Kellogg's are cool, I think a couple other Japanese oddballs stole the show with this latest Zapping™.

Kenny also posted this card on his blog fairly recently, and, again, was gracious enough to send me an extra copy.

Although Munenori Kawasaki has established himself as one of the more entertaining players in the majors, he's had exactly one card released during his three big league seasons. (Granted, it was a doozy of a card...but still.)

He's definitely one of my favorites in the game right now (how can he not be?), even if he's basically a bench guy at this point. Kawasaki was actually a perennial .300 hitter during his days in Japan.

Now I can say that I own one of his authentic Japanese baseball cards. 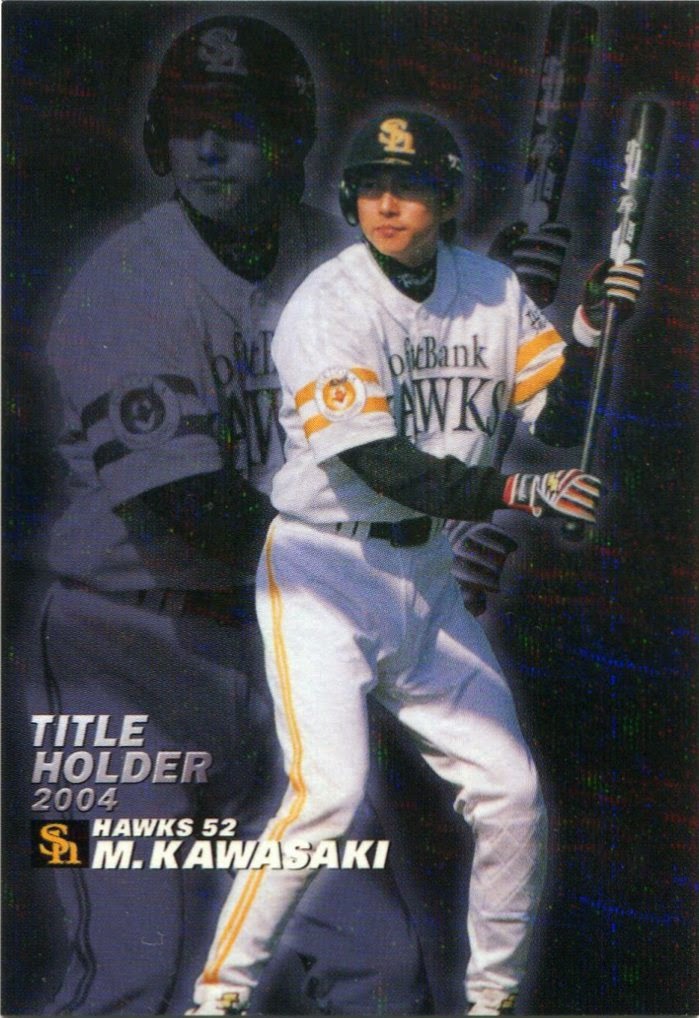 Now I can say that I own two of his authentic Japanese baseball cards.

This one actually has a lot of shiny action going on, although my scanner didn't seem to want to pick up on it.

My Munenori Kawasaki collection is now up to three cards thanks to this Zapping™. Heck, my Japanese collection as a whole probably doubled with this package. The power of the Zippy Zapping™ cannot be contained.

Trademark that phrase already.
Posted by Nick at 6:10 PM

A trademark eh? I probably would if I wasn't 99% sure that the term(?) Zippy Zappy wasn't already trademarked.

Glad you liked the cards though :). Unfortunately the Japanese don't get cards with cereals anymore. But they do get cards with gum, chocolate, potato chips (that shiny Kawasaki was from a pack that came with a bag of Calbee potato chips) and video games.

Man, I've got to get me some of those UD Kelloggs.

I've got a couple extra #661s. Email me at QAPLAGCA at yahoo dot com and we can work out a trade. I can probably hit some of your other set needs like 2012 Coopy, Hometown Heroes, etc.
Greg A