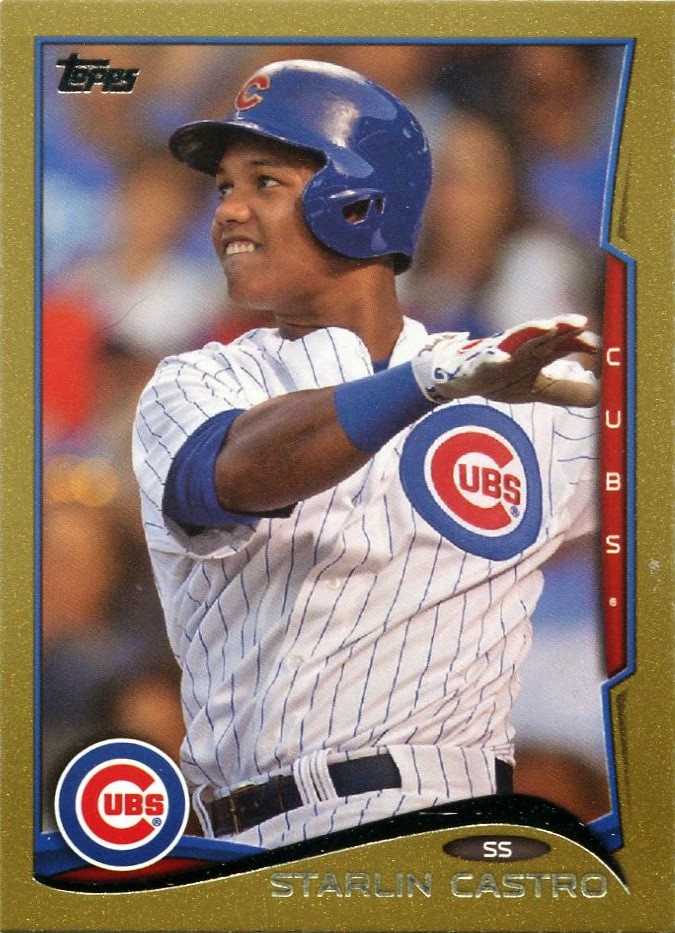 After three-plus years in the blogosphere, I like to think that I've gone above and beyond all the goals I set for myself back in this blog's early days.

Except one, that is. Even with my long tenure in the blogosphere, I'd never joined a single group break.

One of the perils of not being a team collector is the fact that I'd never felt a pressing need to get in on a break. But it sure does look like a lot of fun on the outside.

That all changed when Kerry of the terrific blog "Cards on Cards" offered up a team of choice in a recent 2014 Topps Mini break. All you had to do to pay for the slot was send him some cards. (This, sadly, was when some lowlife was stealing Kerry's mail, so I don't think he ever got my payment. Look for something else from me soon, Kerry!)

This was my chance. 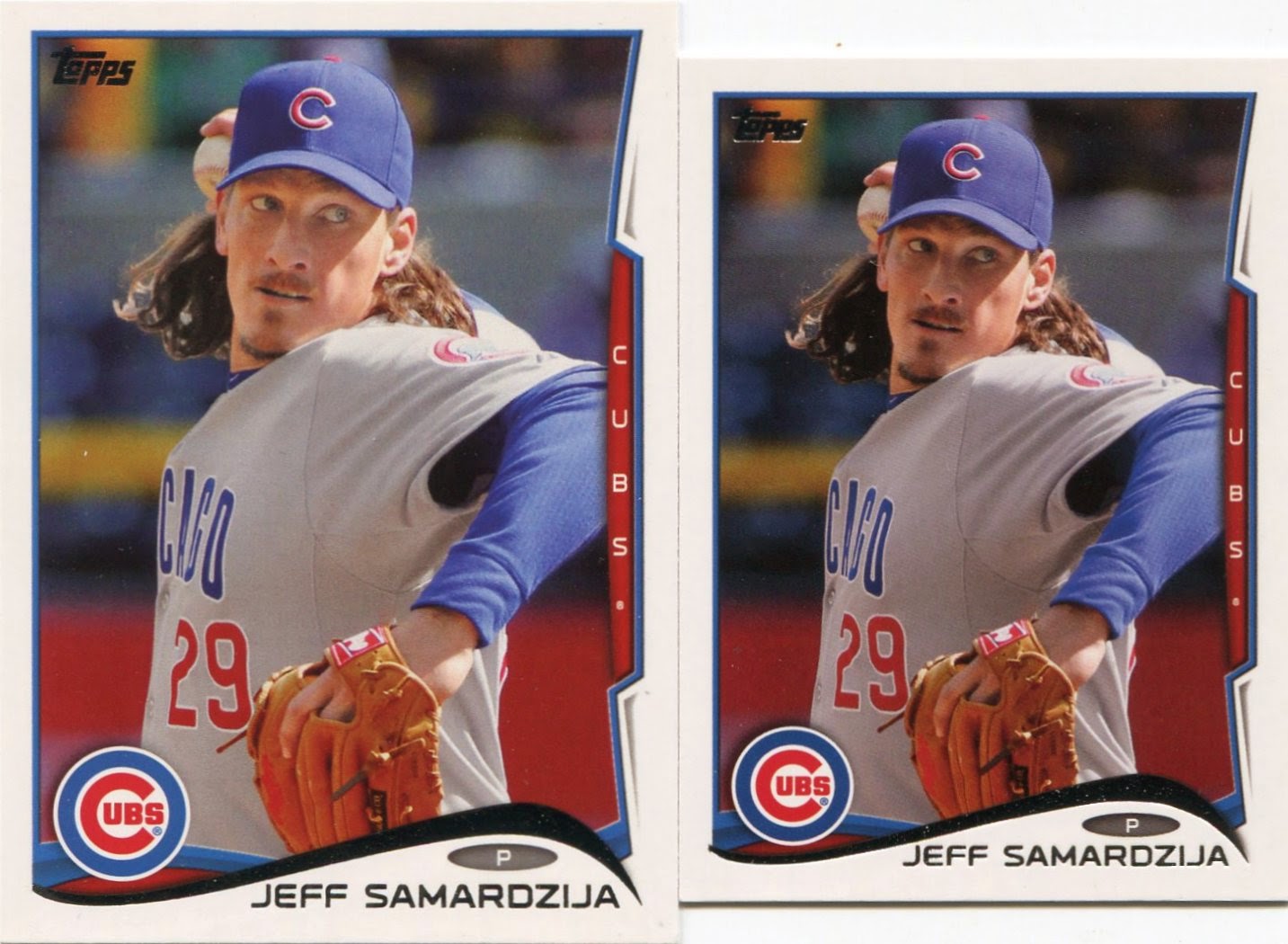 I pounced on my beloved Cubbies.

My appreciation for Topps Minis has been well documented in the past, and I hadn't gotten my hands on any of the 2014 edition at that point. This was the ideal situation for me.

The Cubbies kind of got the short end of the stick in the break (the gold Castro was the only Cubs parallel/insert in the box), but I really didn't care either way.

The fact that I'd fulfilled such a longtime dream was more than enough for me. 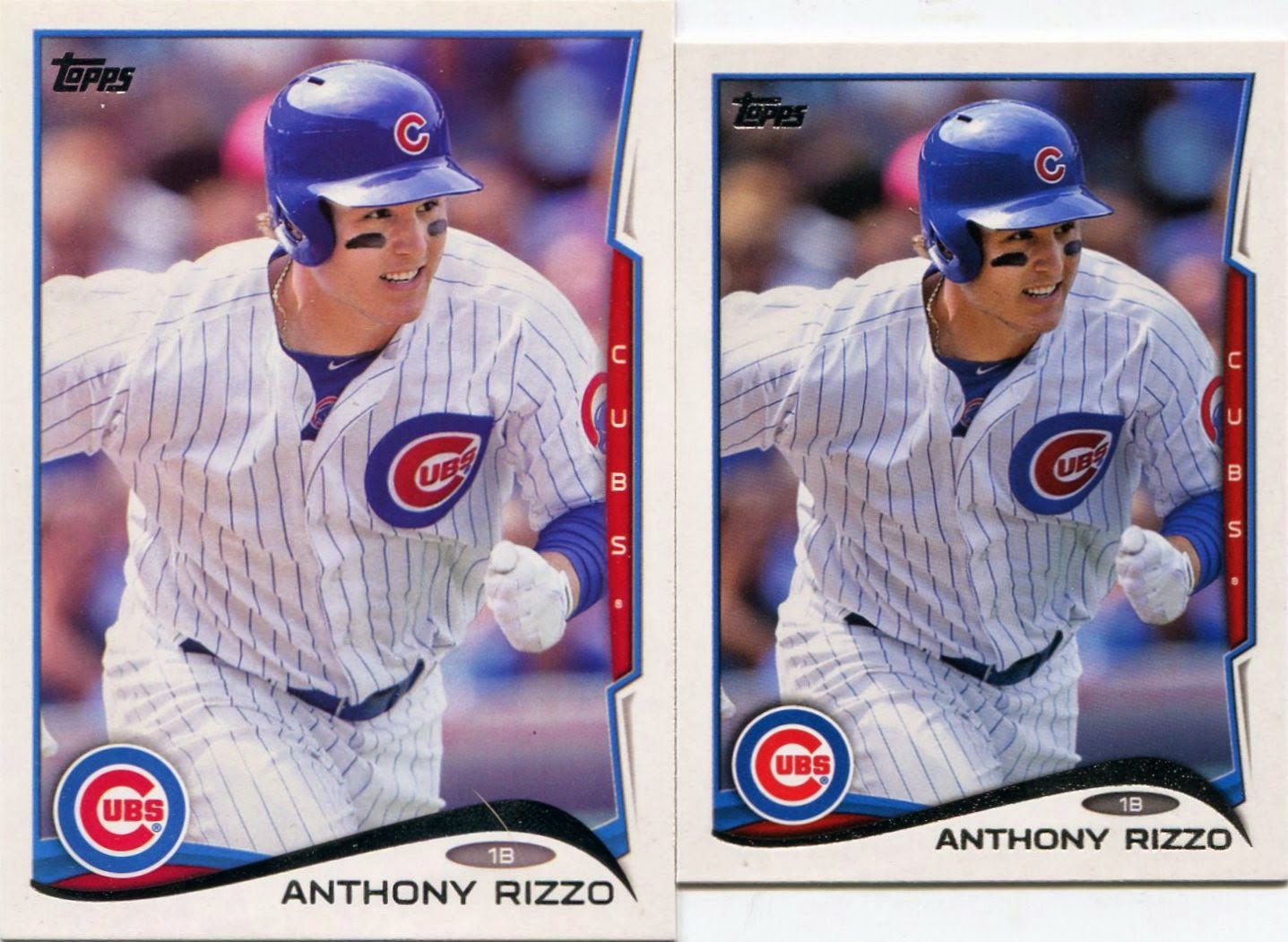 "Shark" and Rizzo were the highlights of the base cards, although I did get a couple other Cubbies in the mix as well.

I even scanned them next to their full-size counterparts, just in case you thought I was making this whole story up.

So, after more than three years around here, I'm proud to say that "Dime Boxes" has finally gotten its feet wet in the world of group breaks. 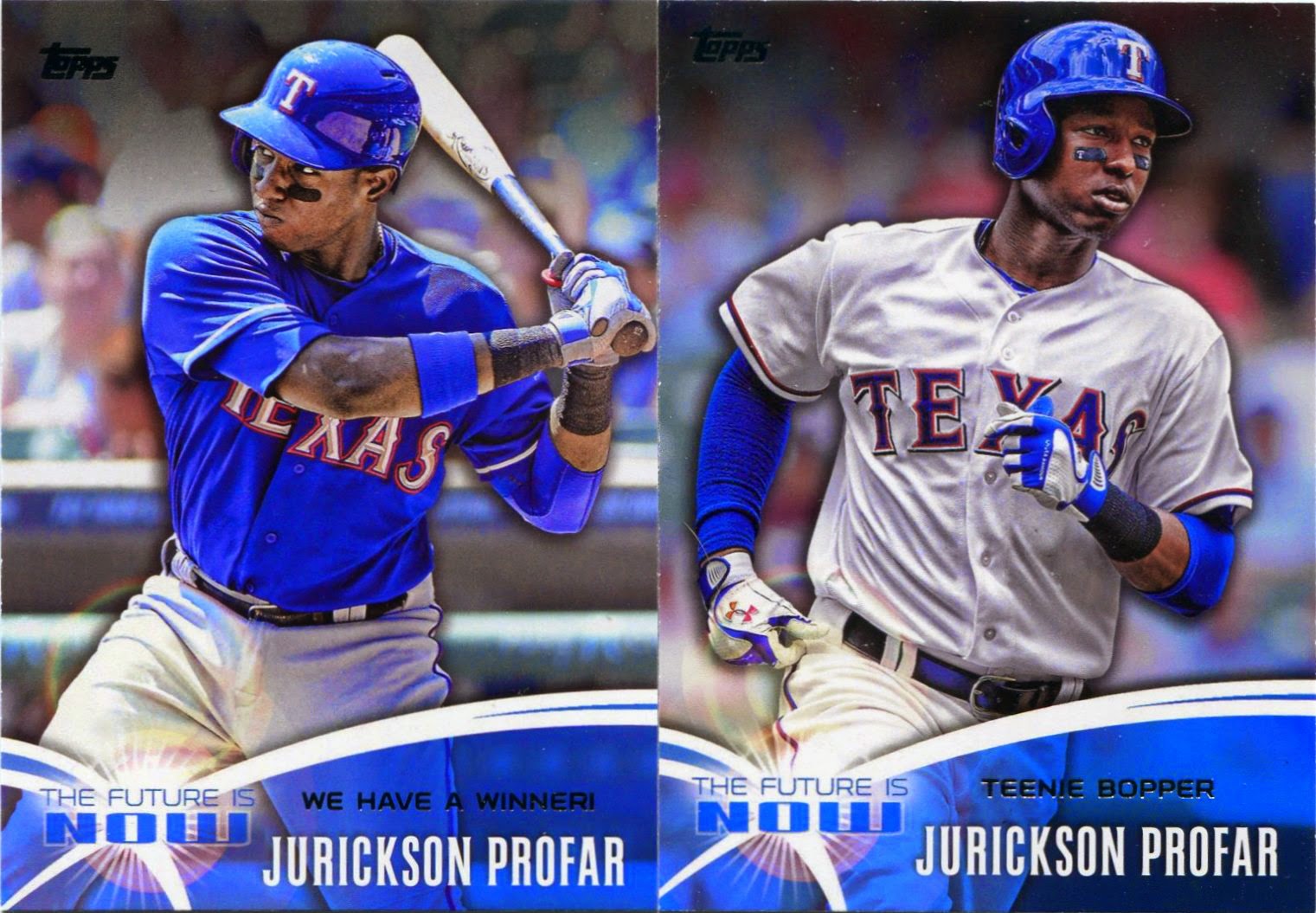 And, hey, Kerry even threw in some bonus cardboard for good measure.

I didn't choose to collect Jurickson Profar. He chose to collect me. The guy's cards seem to fall out of every single pack I open. Since he follows me wherever I go, I figured I'd might as well start collecting him.

I'm sad to hear that Profar might have to miss another season due to a shoulder injury, but maybe it'll mean the guy will finally stop stalking me. 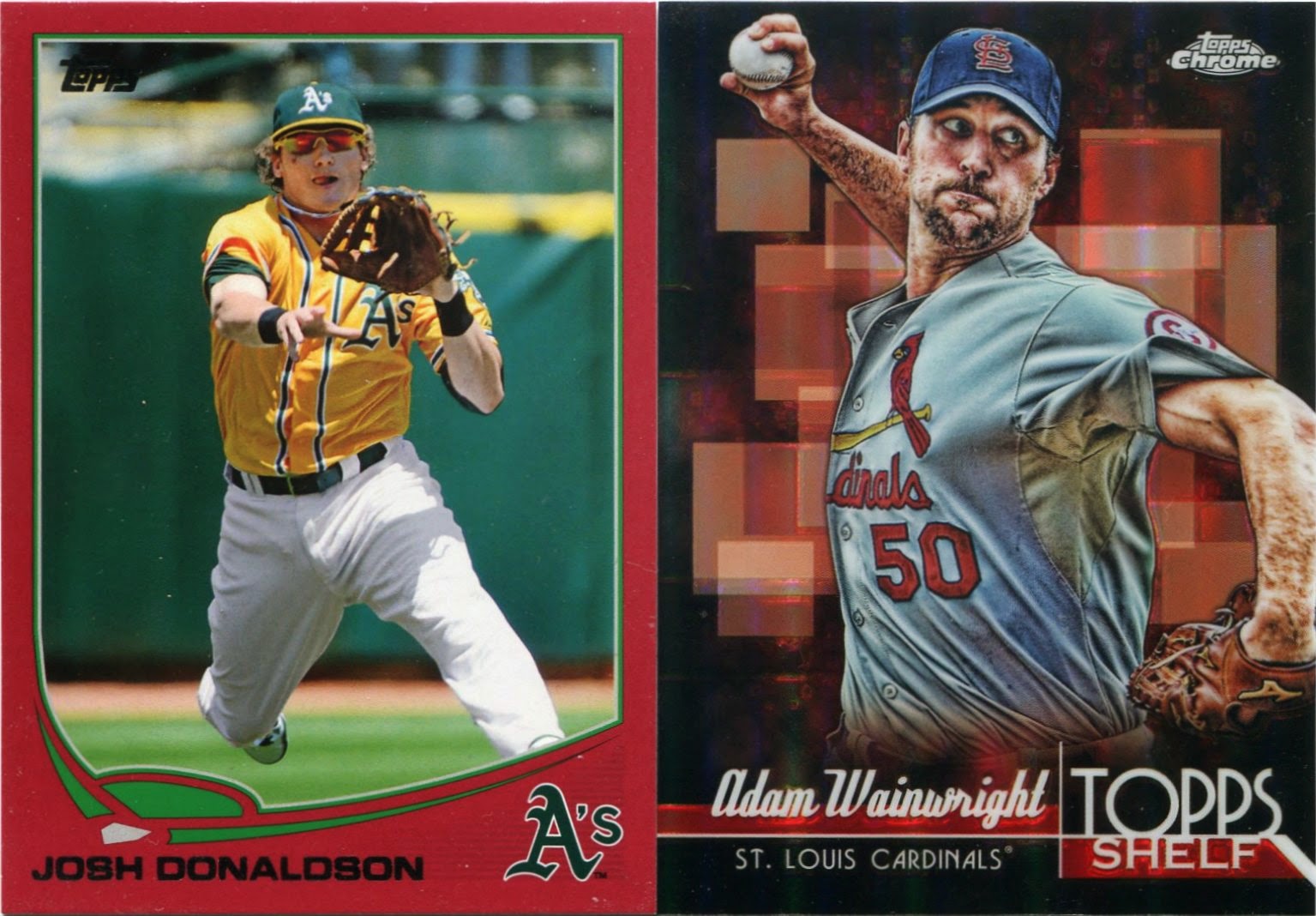 Also included were a couple great cards for a couple of my newest player collections.

I collect Adam Wainwright vicariously through Kerry. People send him their Wainwrights, and he sends me the ones he doesn't need.

It's a fine setup. 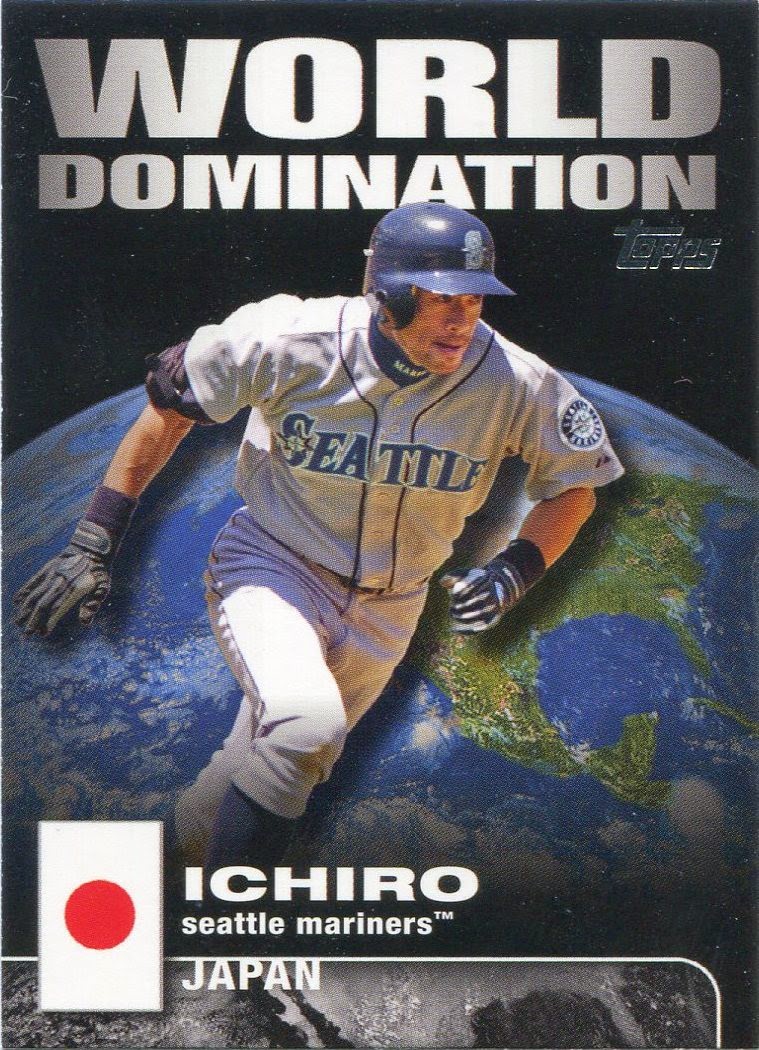 In the end, Kerry closed out with a hit to one of my oldest player collections here.

I can honestly say that I'd never seen anything from this "World Domination" series before. I like to think I've been on top of Flagship in recent years, but these inserts (from 2007) had completely flown under my radar.

Ichiro's on top of the world.

After finally getting in on a group break, I know the feeling.
Posted by Nick at 5:33 PM

I think those World Domination cards might have been exclusive to rack packs (remember those?) but it's been a long time since 2007!

I joined my first one myself not long ago. I can see how they have less appeal for someone who isn't a team collector, which might be why I passed for so long. I do like Nachos Grande's multi-team slots, but they can add up a bit in price.