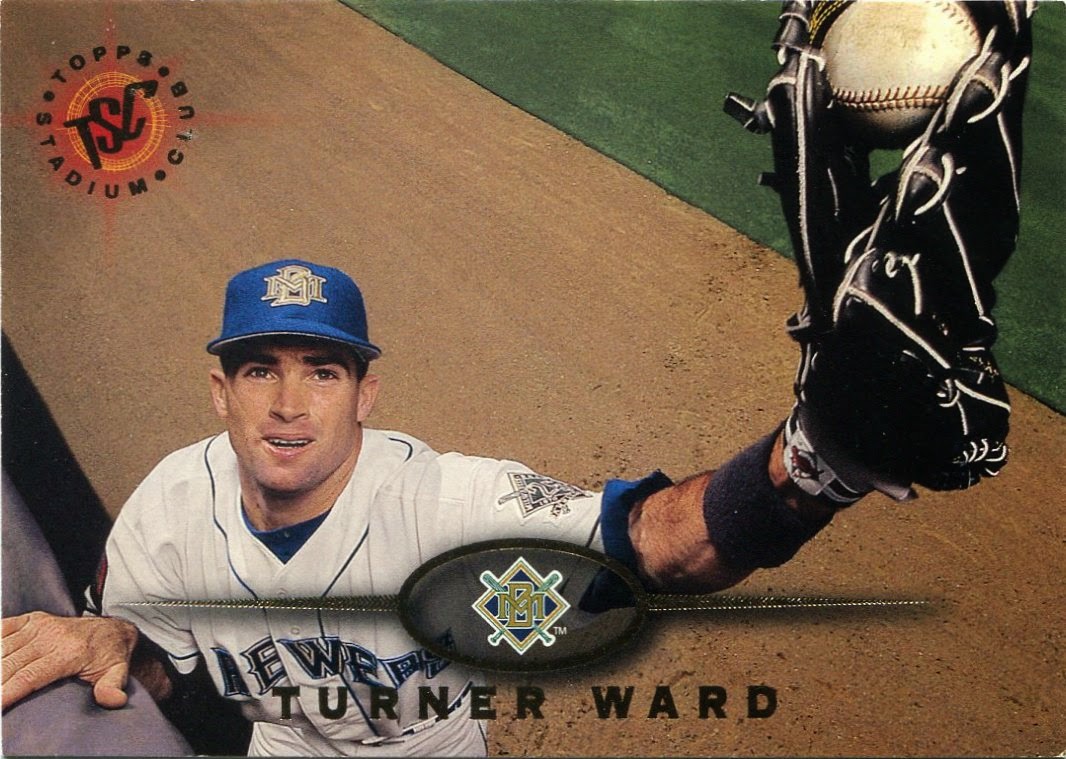 To me, this is a pretty big upset. The Ward is a fantastic card, but I pegged it as an also-ran on last week's page, especially considering that he was up against two vintage heavyweights. I myself was one of only three people to vote for Ken Boswell's '71 Topps double dip. Something about those '71 action shots gets me every time.

I didn't think Ward would be able to take down the other eight strong candidates, but, in the end, he earned eleven of the 44 total votes to narrowly take the crown.

Shows what I know. 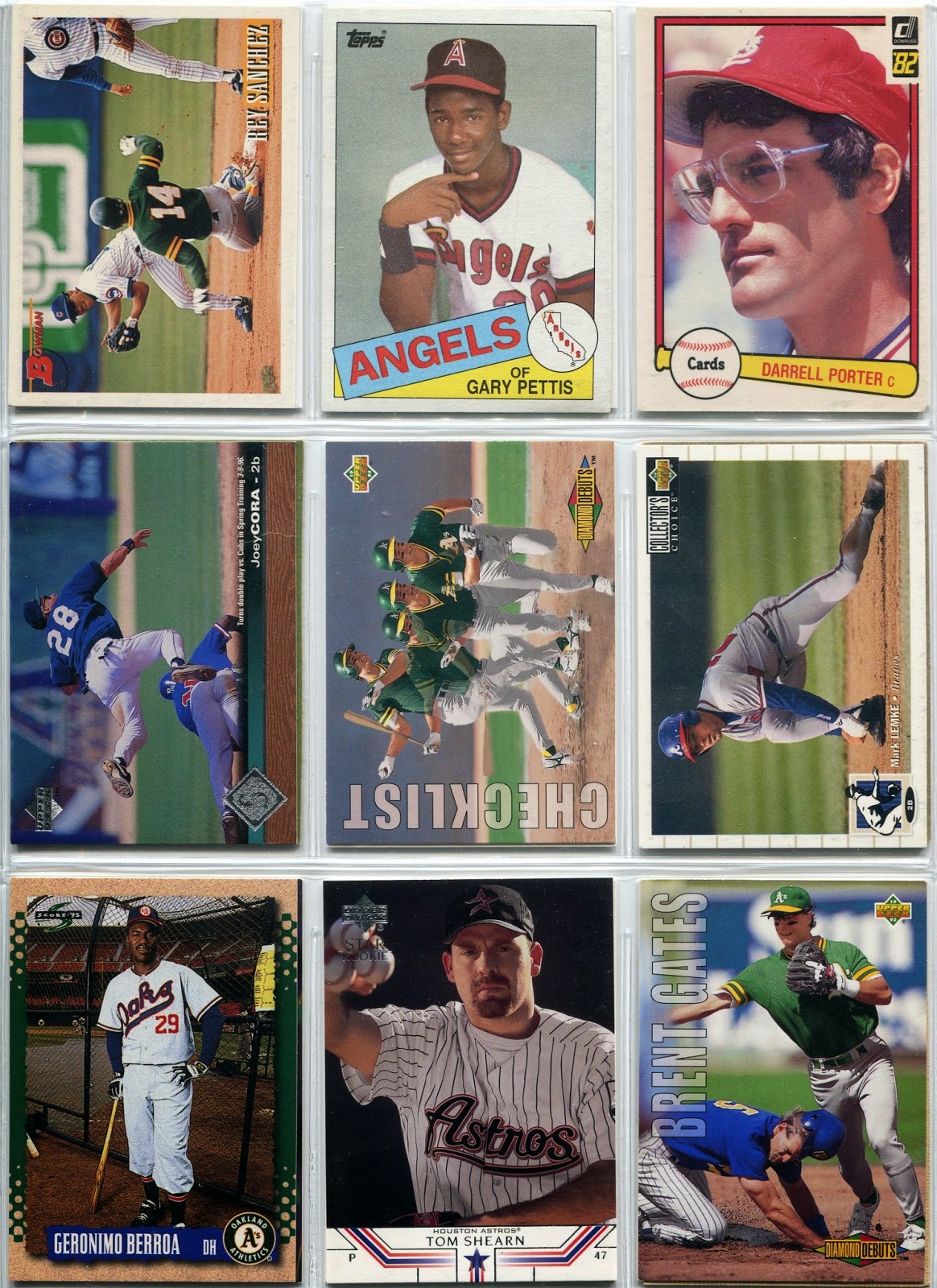 We have nine new nominees ready to go on this, the last day of my spring break.

Let's take a closer look at this week's page. 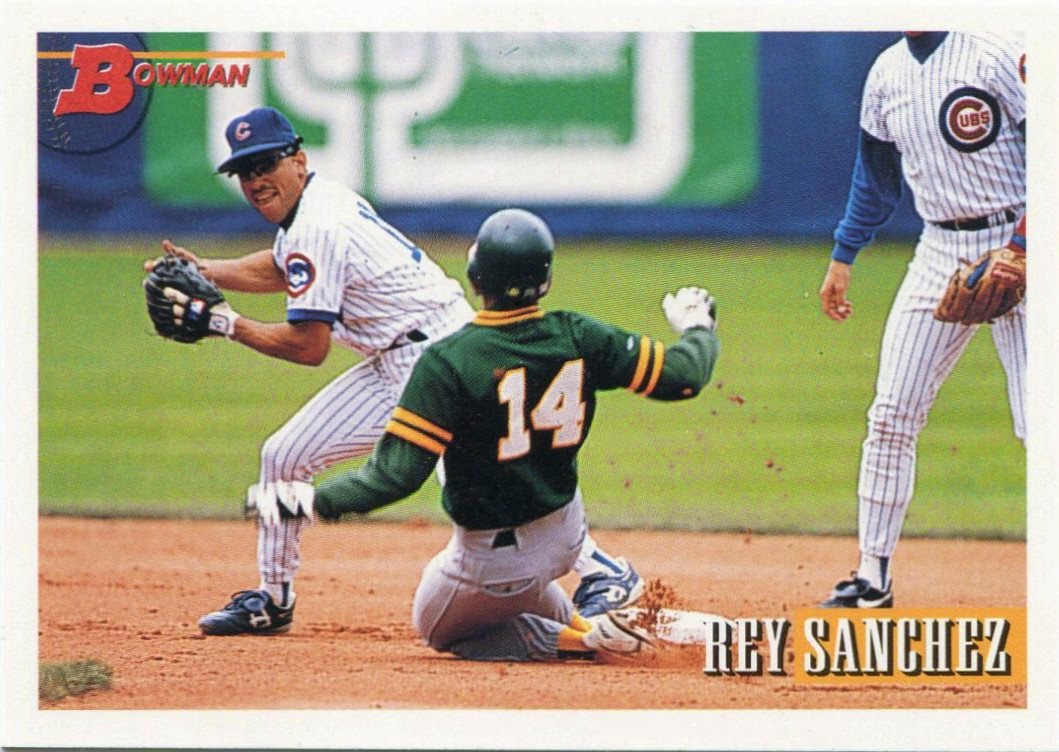 Double dipping with a rare action shot from Bowman. 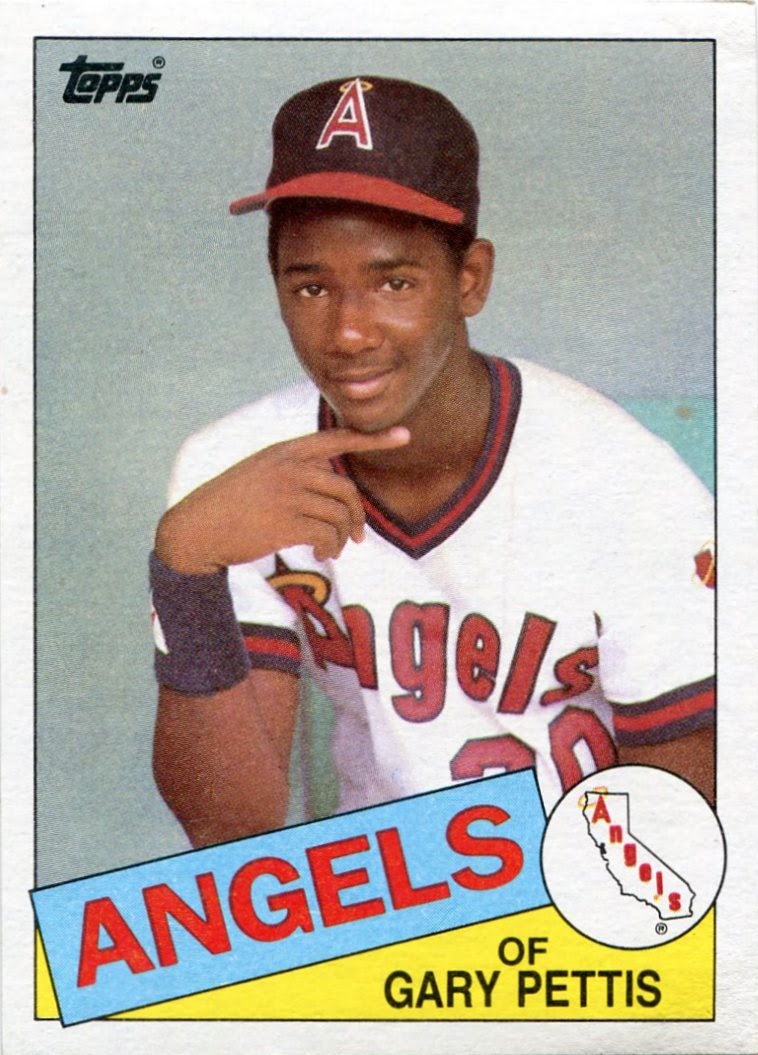 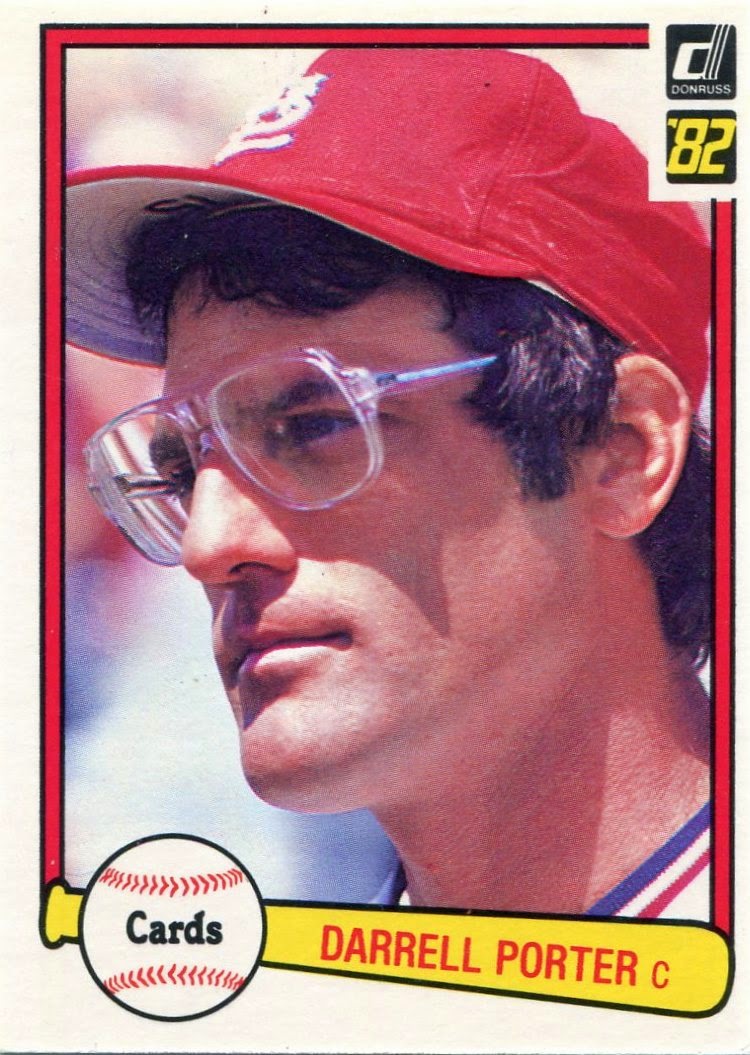 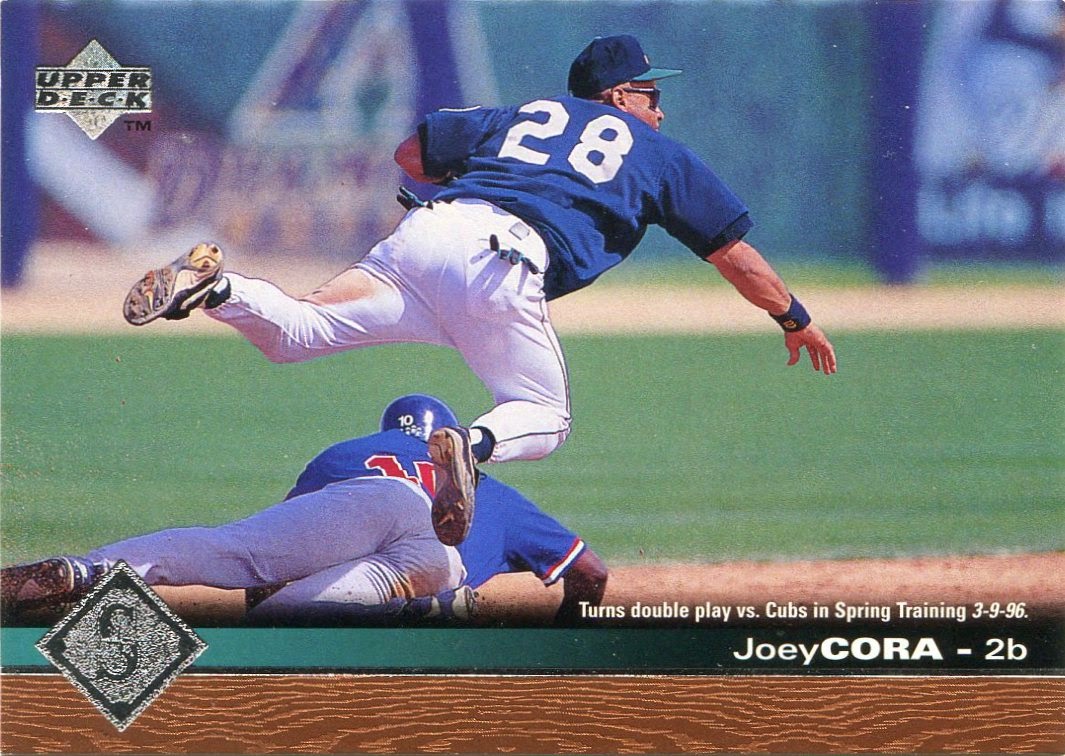 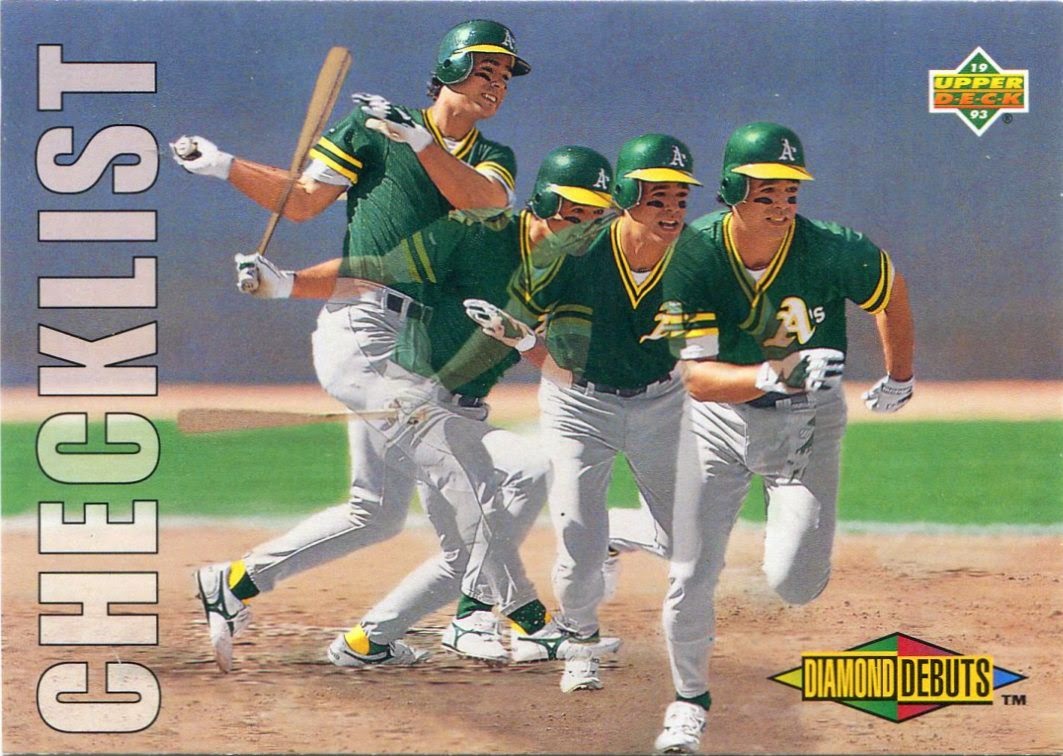 Our fifth hero number is a four-pronged multiple-exposure shot from 1993 Upper Deck. 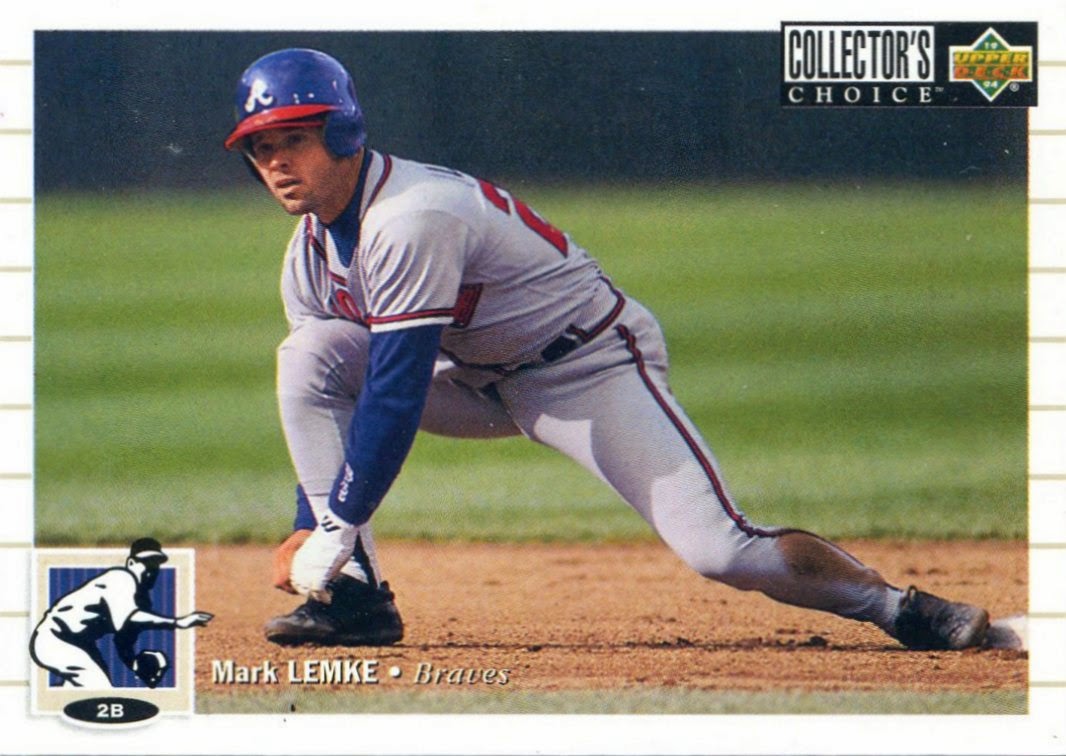 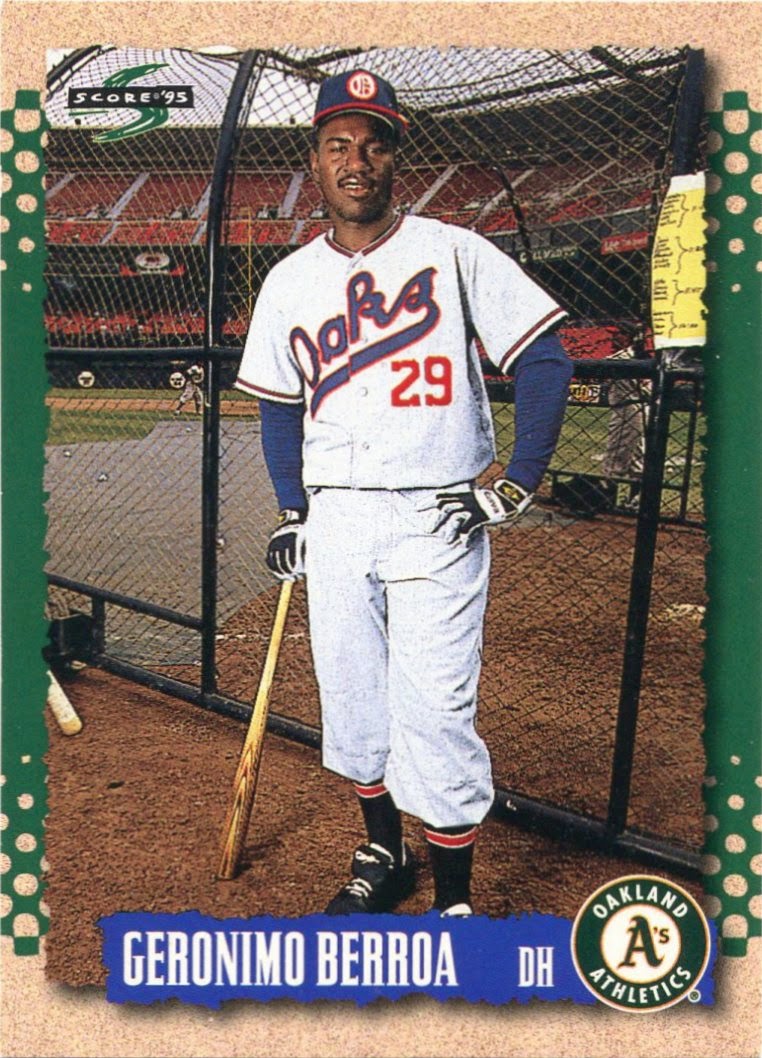 Throwing it back to the days of the PCL's Oakland Oaks. 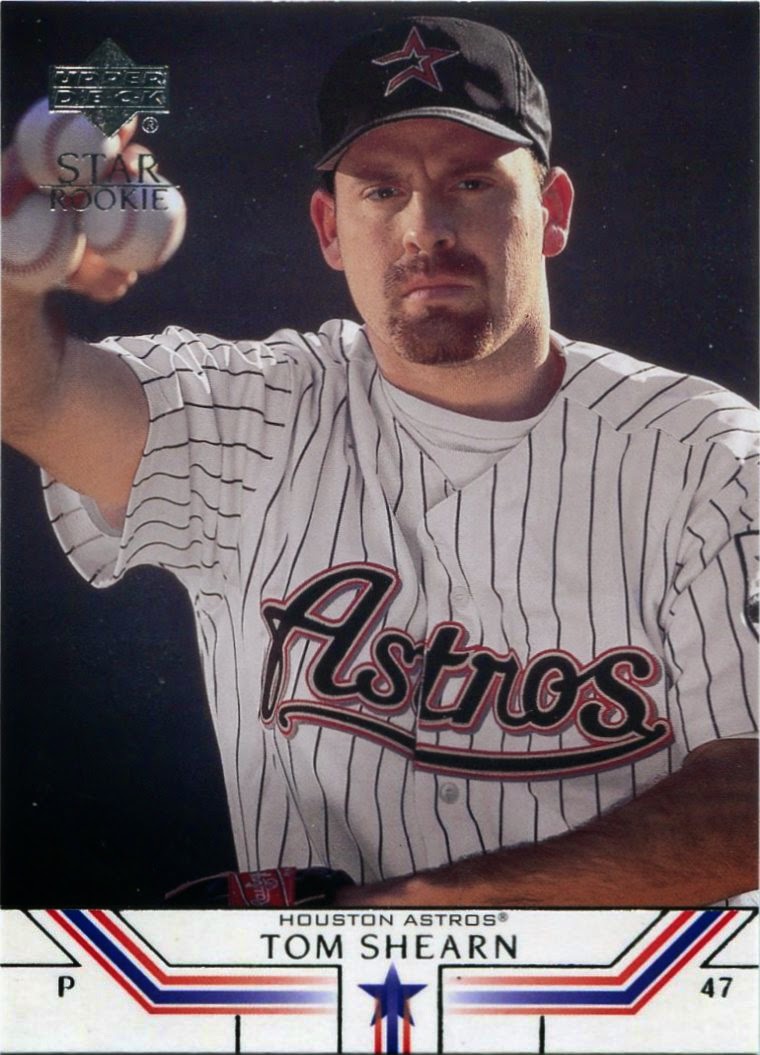 I'll leave all the "three balls" jokes up to you. 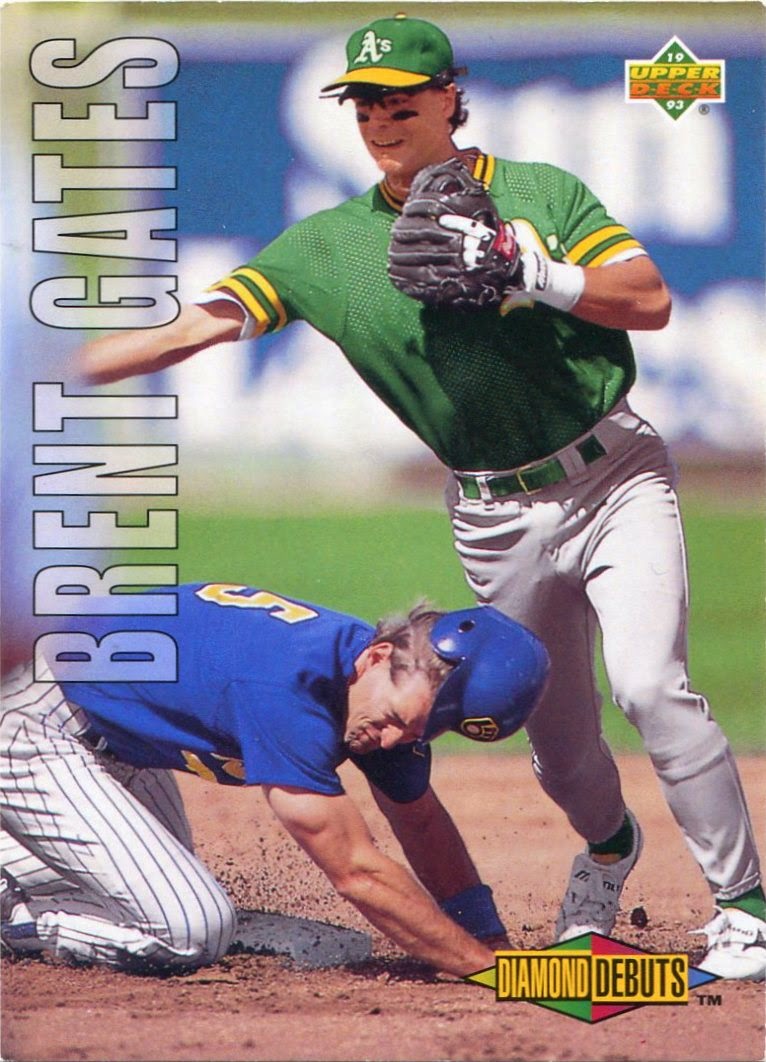 I'm pretty sure this is the only page in my frankenset binder that features two cards of the same guy from the same set.

This Brent Gates double dip closes out this week's group.

Fun fact: Brent Gates originally auditioned for the lead role in Multiplicity, before losing out to Michael Keaton.

Or not, probably not.

Have to go with Gary Pettis.

I really dig both the Sanchez and Lemke cards, but the Pettis is a classic! Looks like it's gonna be a landslide.

I normally don't give extra consideration to DP cards, but something about that Rey Sanchez card just "spoke to me". Looks like I'm in the minority, though.