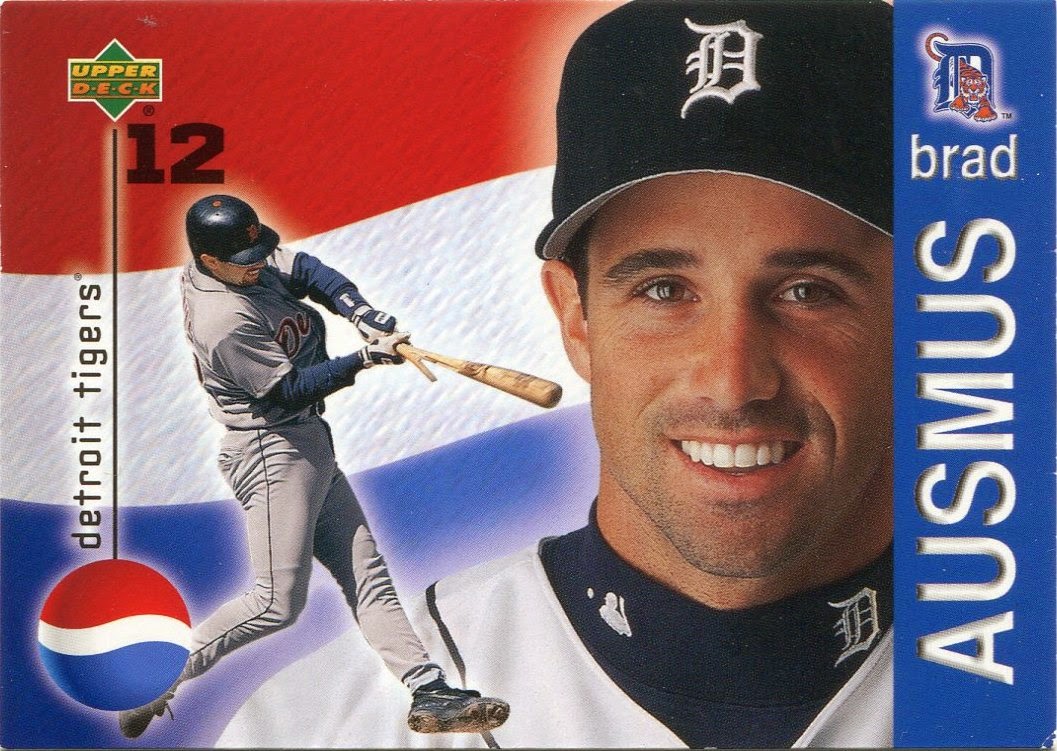 After my long Topps countdown, I got a little burnt out with lists.

This theme went dormant for a while as a result, but I figured it was high time I brought it back. And, since I just got finished dealing with the most mainstream brand out there in Topps, I figured I'd make tonight all about the oddballs.

My love for the odd is no secret. Oddballs are a dime box staple, and I pick up pretty much any and all I can find. The number of different companies that have produced baseball cards is mind-boggling. Everyone from Pepsi to Woolworths to Church's Chicken to Kaybee have sets out there.

It was tough picking my five favorite oddball brands out of a pool of a few hundred, but here goes. Honorable mentions include Drake's, Post, Squirt, and many others.

But none of them could crack the top five. 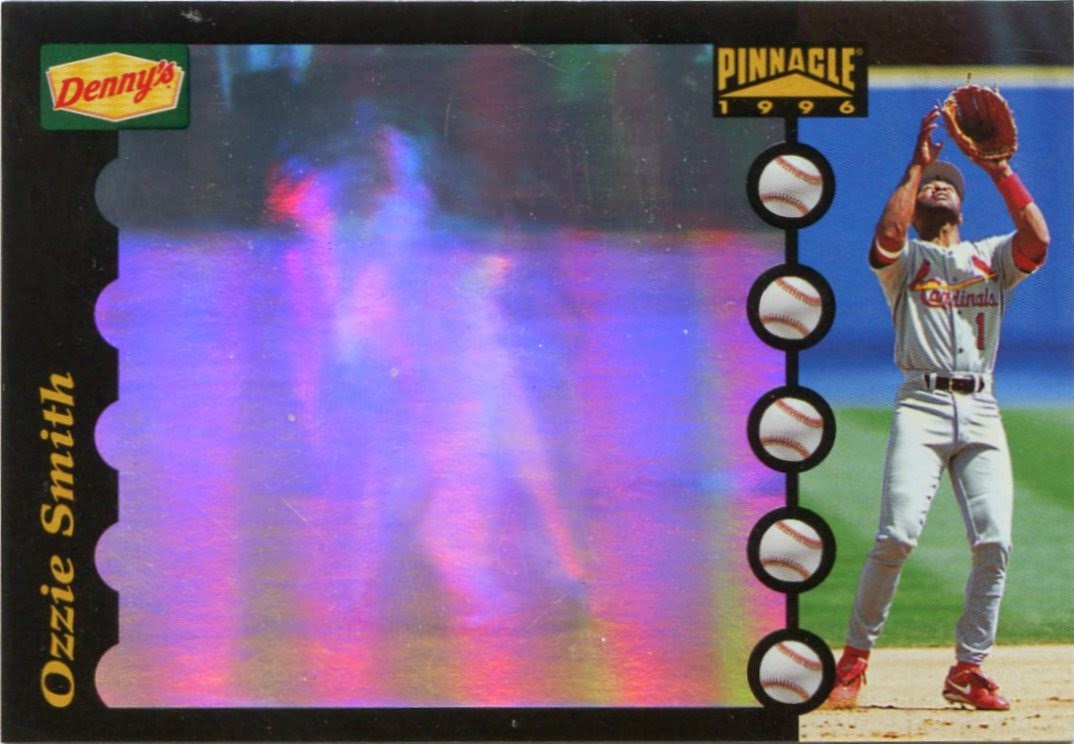 I'll spoil things a bit now and say that this was the only modern brand to crack the list.

I don't much care for the food at Denny's, but the cards sure are great. From what I hear, you could get one of these cards with a Grand Slam. I'd probably go to Denny's a lot more often than my current once-a-year rate if they still offered promotions like that.

Although Denny's made cards for a few years, the 1996 edition is my favorite. It's tough to tell from the scan, but if you flip these back and forth under a light, the player comes to life right in front of your eyes. Kind of like a futuristic flip book.

These cards are still my favorite thing about Denny's. 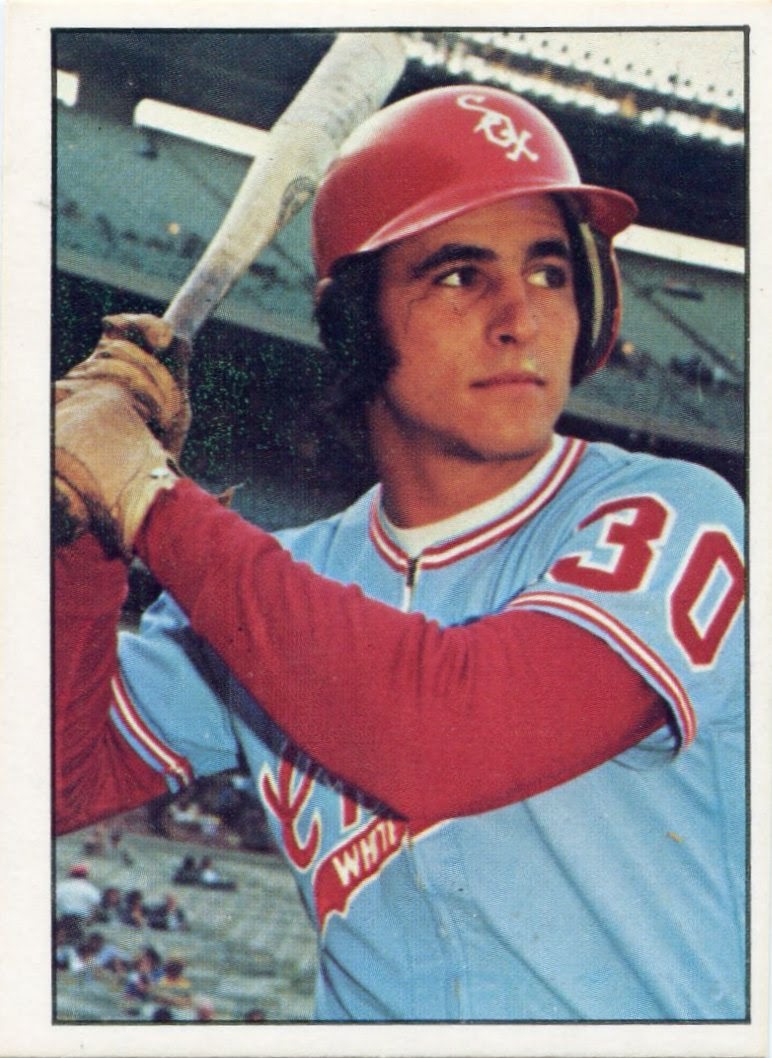 SSPC was kind of a one-year wonder.

Though they released other offshoot sets here and there, their only standard release came in 1976. They were only issued in factory set form, which meant that no SSPC packs were ever produced. You had to buy it all or not buy it at all.

I don't know how popular they were at the time, but I doubt SSPC was ever viewed as a direct competitor to Topps. The cards themselves couldn't be more different.

While Topps tinkered with different designs, SSPC gave you a big photo with a white border and nothing else. On top of that, SSPC's backs include one big bio with no line stats. (The backs were also edited by a young man named Keith Olbermann.)

SSPC may not be that well remembered these days, but the simple beauty of these cards is hard to match. 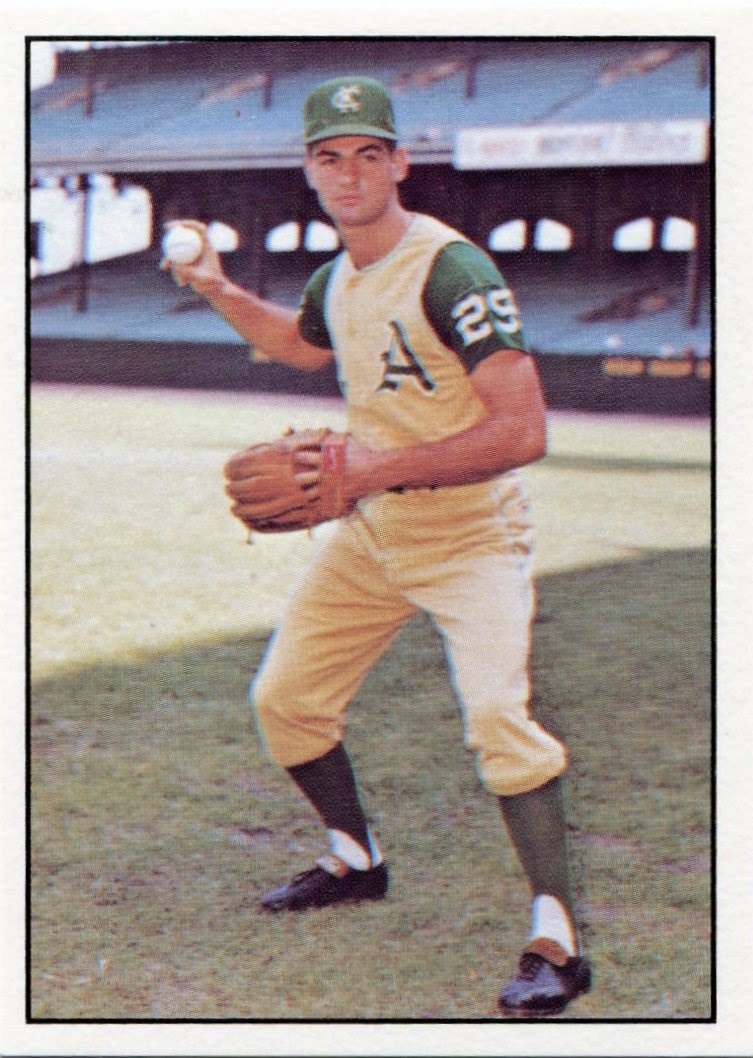 They have the exact same design, after all. All photo, white border, no words. Like SSPC, you couldn't buy packs of TCMA products, either. They were only issued in factory set form.

TCMA produced a lot of different sets, most of which I've never actually seen in-person. The ones that earned the brand a place on this list are the all-legend sets from the late '70s and early '80s.

What gives TCMA the nudge over SSPC is the great player selection in their checklists. Relatively obscure names like Vic Wertz, Tony LaRussa (pre-managerial days), and Masanori Murakami (the first Japanese player in the bigs) are spread throughout the brand.

I don't find TCMAs too often, but they never fail to provide a thrill when I do. 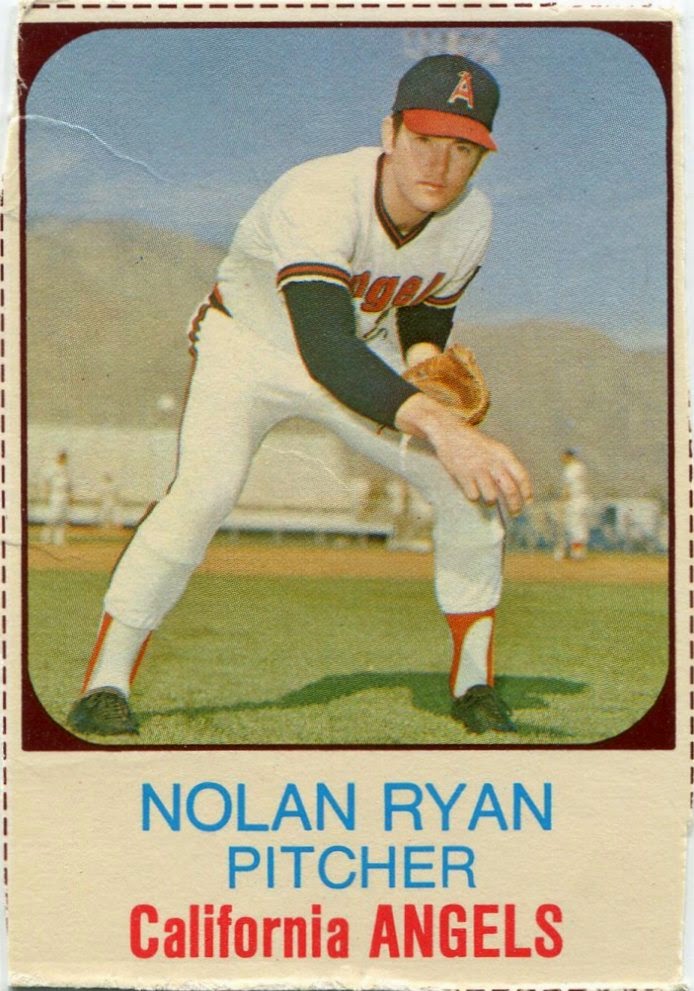 When we're talking oddballs, it basically comes down to the Big Two.

The first member of the legendary duo is Hostess. I've said this many times before, but Hostess was my first love from the world of oddballs. My dad used to tell me about how he used to cut the panels off of boxes of Twinkies, Ding-Dongs, and all the other Hostess products all the time to get the cards.

I haven't always been on the oddball bandwagon, but I never lost touch with Hostess cards. I'd pick them up whenever I could as a kid, and I buy them with even more frequency these days. I've probably increased my Hostess collection ten fold over the past couple years.

Even now, though, I doubt I have as many as my dad did when he was a kid. 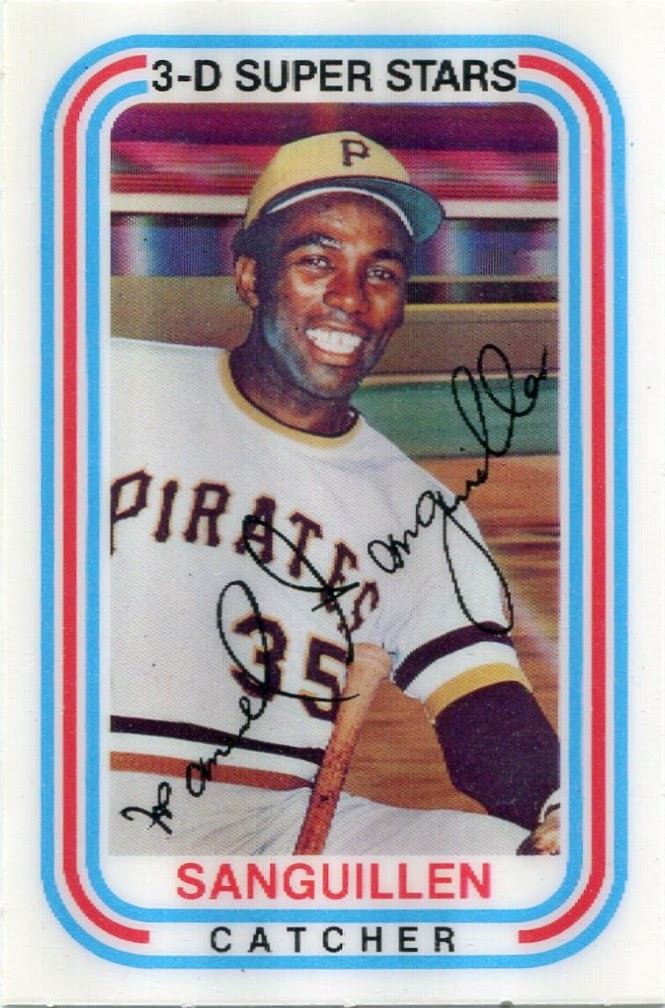 Since Hostess was my first oddball love, this is tough for me.

Nevertheless, I think the time has come to finally say it. Here goes nothing.

There. I did it. It wasn't easy, but it's the truth. Kellogg's kind of floated in the background during my early collecting years, and I don't believe I owned a single one when I was a kid. I never saw them anywhere, and, even when I did, I didn't think they were anything special.

If you've read this blog at all, you know I've done a complete 180 from that train of thought. Kellogg's and all its 3-D technology is king. And, since the brand was around for a good fourteen years (1970-83), I doubt I'll ever run out of ones to choose from.

As if the big Kellogg's vs. Hostess debate wasn't tough enough, choosing a single favorite year of Kellogg's for this post was just as difficult. In the end, I went with 1976. But I wouldn't be surprised if I felt differently tomorrow.

That said, one thing is for sure.

odd ball's are the bomb.

I don't have any Pepsi cards. How sad for me! Ausmus is just rubbing it in a bit. Kelloggs also my number one, with both TCMA and SSPC making the list for the same reasons. I love the simplicity!

Let me know if you need any 96 Denny's. Got a few to trade: Belle, Puckett, Boggs, Gwynn, Fielder, Seitzer