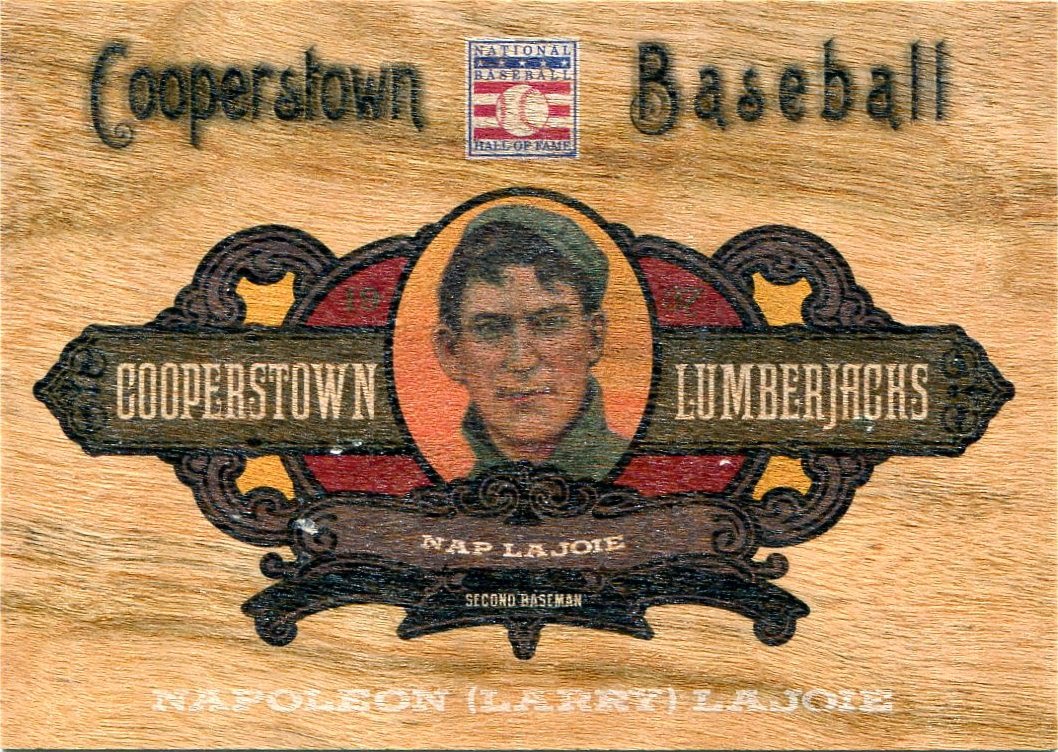 To put it lightly, this has not been a good month for me.

But, at the risk of sounding like a motivational speaker, I guess there's always a light at the end of the tunnel. After all, tomorrow is the dawn of a brand new month. It's always nice to turn the page.

Plus, 2015 Topps is scheduled to hit the shelves soon, and you can bet I'll be at my local Target sometime next week to scope them out. Plus, my birthday is in a few weeks, and I'm planning on hitting a card show to celebrate. It's looking like fun once again here in Dime Boxedonia.

One of January's handful of highlights were all the terrific PWEs and smaller packages I received throughout the month. One particularly interesting envelope came courtesy of Kenny, the man behind the fantastic blog "Torren' Up Cards."

Kenny's become known for his awesome Zippy Zappings during his time here, and my collection (as well as countless others) has certainly benefited as a result.

This wood-finished Nap Lajoie insert can certainly attest to that. 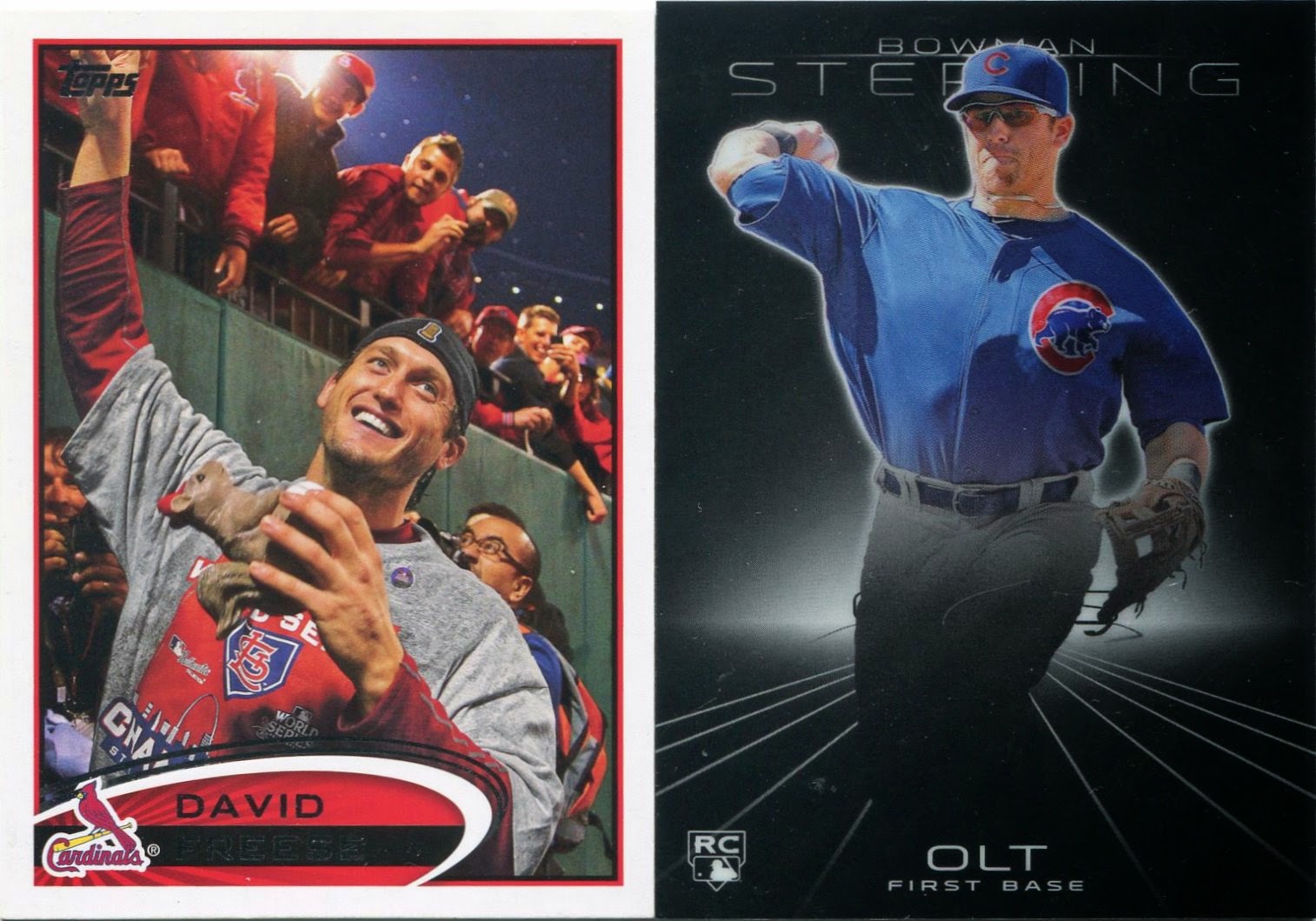 As can these two.

The Freese is a coveted short-print photo variation from 2012 Topps. While that is probably a statue of the Rally Squirrel in his hand, it looks a lot more like the Caddyshack gopher to me.

This probably comes as no surprise to you, but the Olt is the first card from 2013 Bowman Sterling in my collection. It's way more high-end than anything I'm used to finding.

I feel like I need to fill out a form or something to own it. 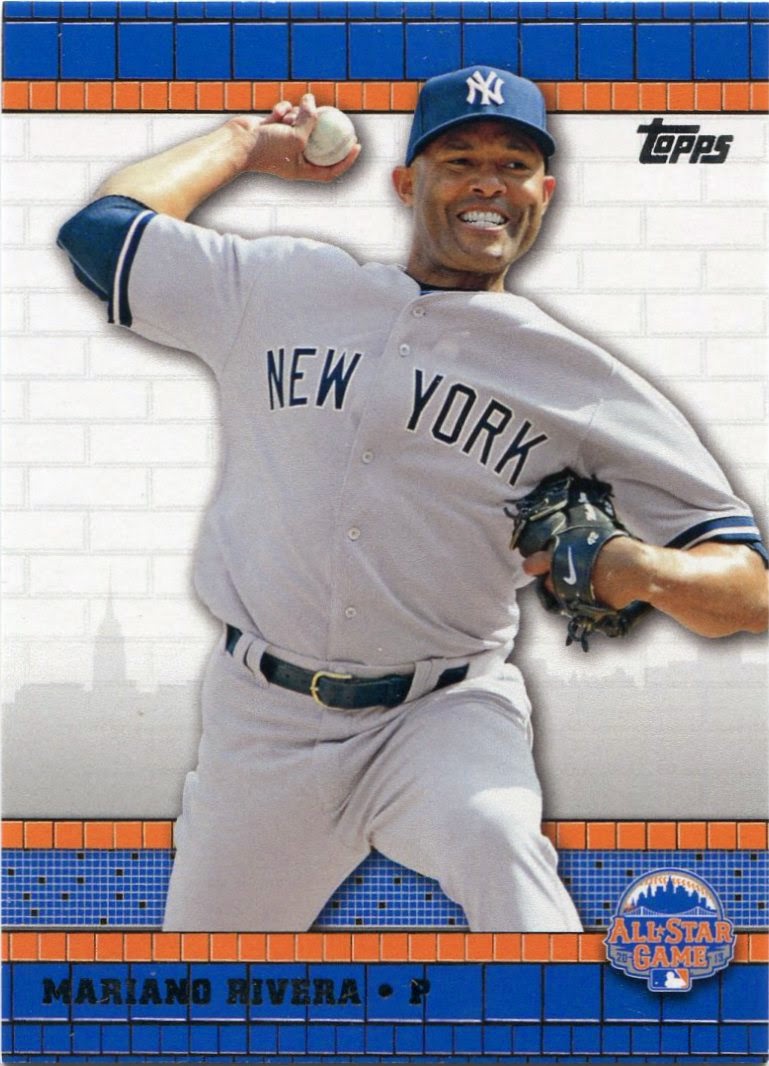 Thanks to the note Kenny attached, I learned that this Mo was actually given away at the 2013 All-Star Game.

This is great to know for a couple reasons. One is the fact that they're still giving away cards at baseball games. The other is that it gives me a new series of oddballs to try and chase. 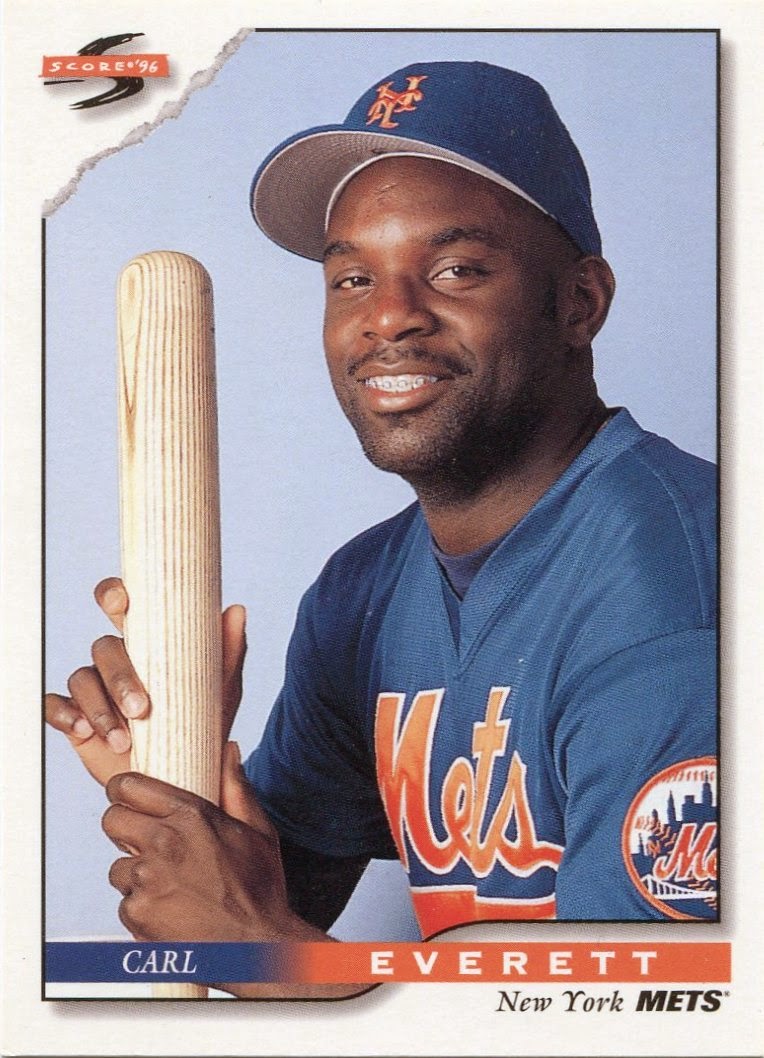 Next up is a guy who I thought had disappeared from the blogosphere forever.

Because he hadn't blogged for quite a while, I was surprised to get an email from Joe of "The Sandlot" a few weeks back. I love hearing that former bloggers are still alive and kicking in the hobby, and I was only too happy to set up a trade with Joe.

Because of his collecting ties, I wasn't surprise to see that much of the package was filled with Mets. This one of Carl Everett showing off his wood...I mean, holding his wood...I mean, you know what I mean...caught my attention.

It wasn't until the second or third viewing that I noticed Mr. Everett was wearing braces. Joe may not be blogging much anymore, but he sure knows good mini-collection hits when he sees them.

That's a particularly violent double dip on the Ordonez.

I present these in case you needed any further proof of the greatness of 1992 Topps.

It's definitely up there amongst the most underrated Flagship sets of all-time. 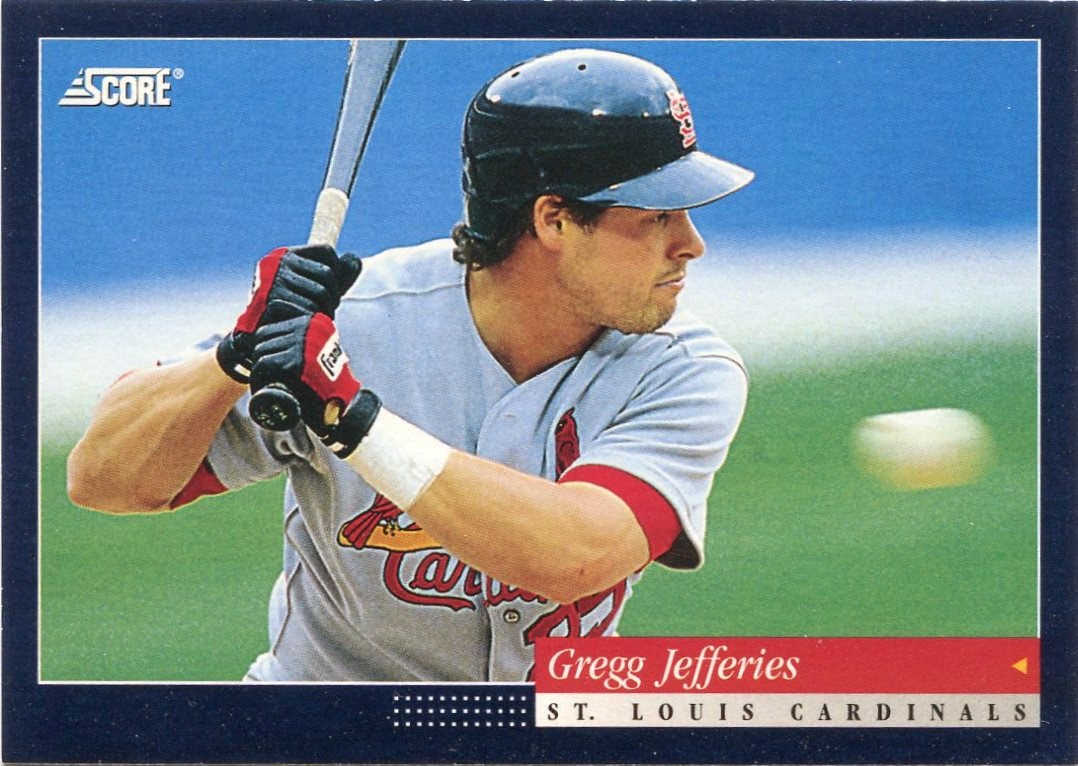 One of the newer blogs to hit my blogroll in recent months is "My Life in the Sports Card Hobby," run by a young collector named Frankie.

From what I can gather, Frankie's in seventh grade, which might well make him the youngest blogger around right now. Go give him a read, because we all know we need people like him in the hobby for it to survive in the long run.

Frankie and I recently completed the first of what I hope will be many trades. He sent me an email asking what I collect, and, as you might know by now, I've never had a good answer to that question. I encouraged him to put together anything he thought was interesting or fun. This Jefferies certainly fit the bill.

Looks like he's about to take a fastball to the shoulder blade. 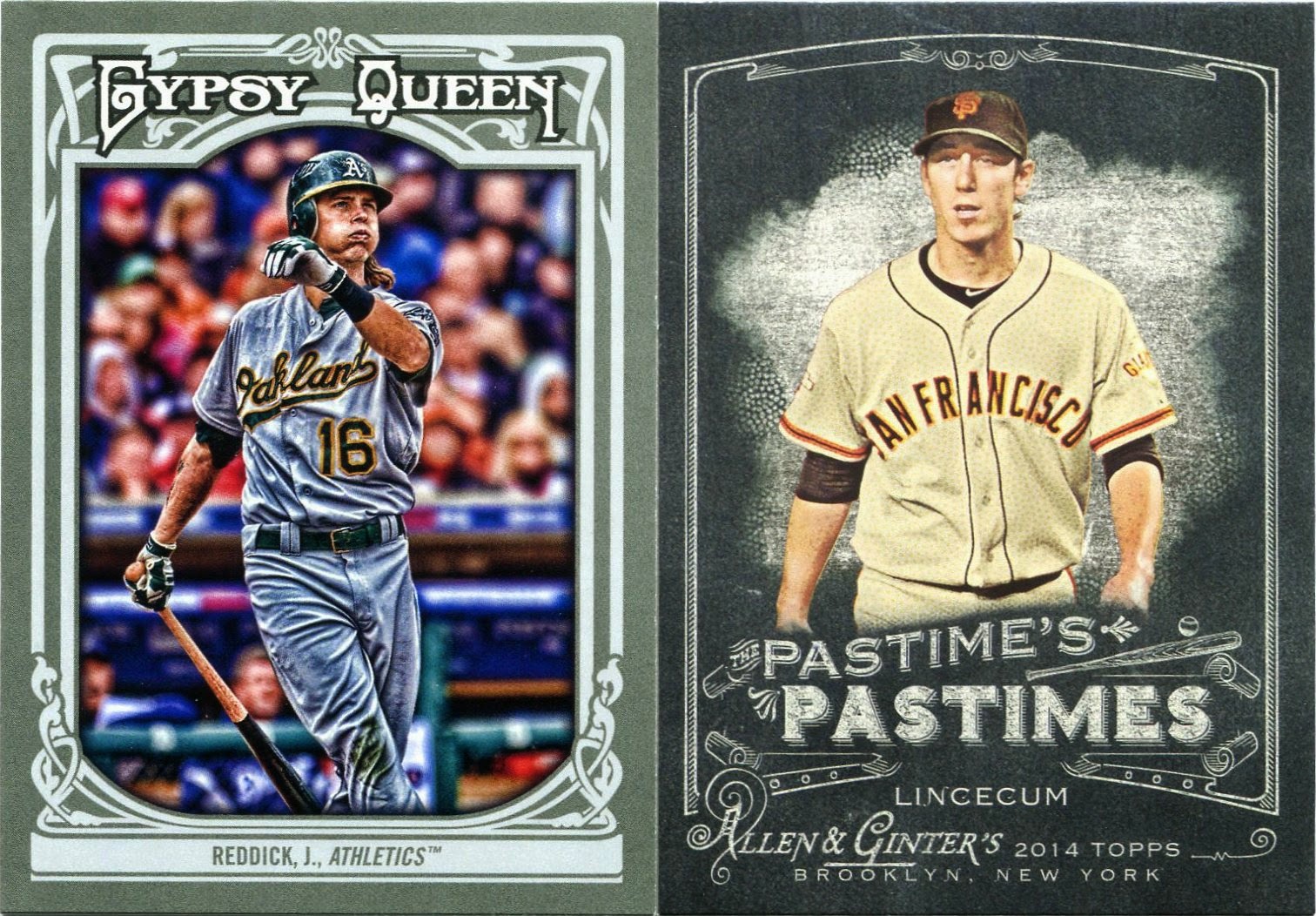 Frankie also managed to take down a few of my recent needs with these two.

Oh, in case you were wondering, Tim Lincecum's pastime is being a "gym rat." 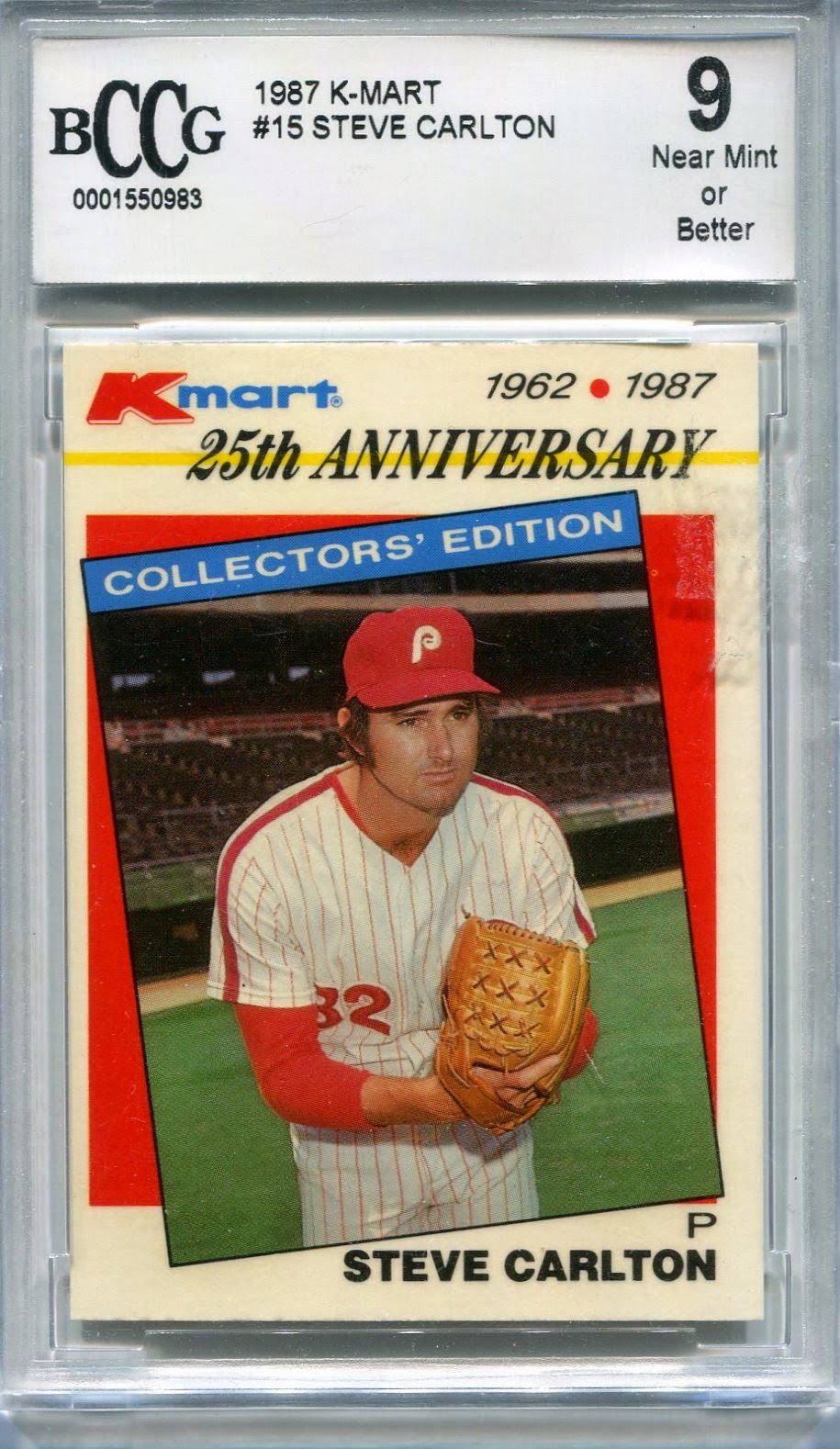 I don't really have a place for graded cards in my collection, but I do enjoy the irony of slabbing a single from one of the most overproduced sets of all-time.

I'd say I see these K-Mart 25th Anniversary cards in the majority of my dime box digs. I have doubles and triples and quadruples of nearly the entire checklist. And now I have a graded copy of Steve Carlton's card.

Maybe I'll crack it open and send it back in hopes of that elusive Gem Mint 10. 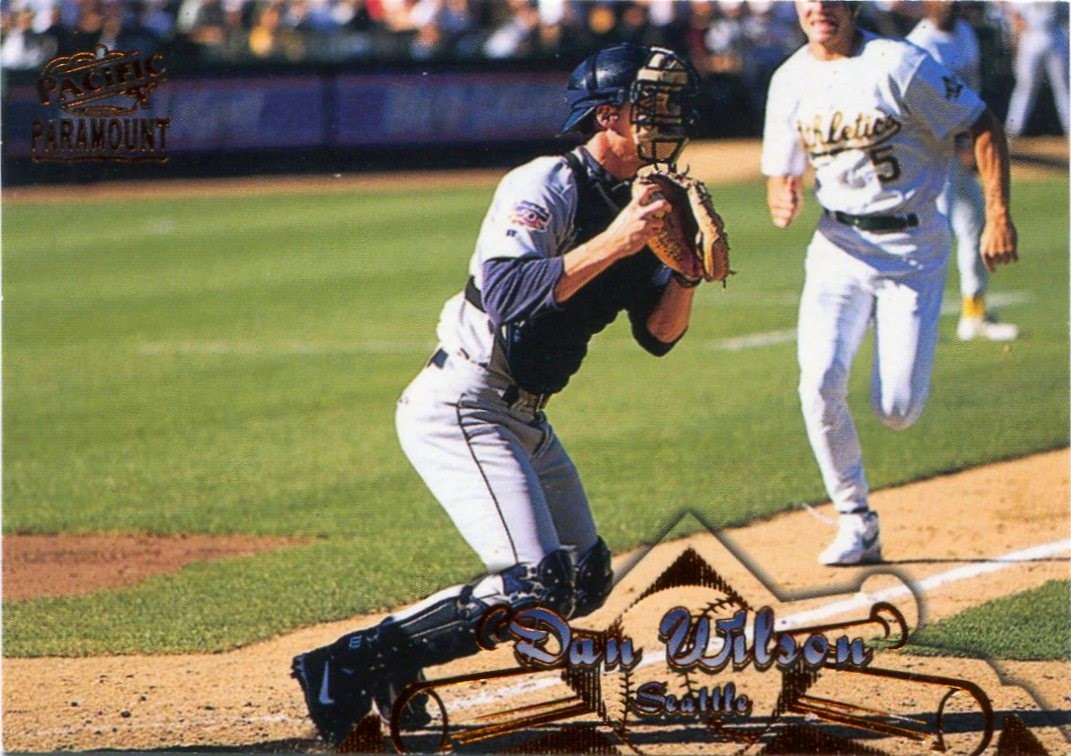 Last up is one of the PWE Kings of the blogosphere, Douglas over at the fantastic blog "Sportscards from the Dollar Store."

Shipping rates to Canada have gone from mildly expensive to flat-out crazy over the past few years, but I really do need to send something back his way. It's long overdue considering the great cards Douglas continues to shovel onto me.

Although this particular shot reminds me of an image from the vintage Topps era. 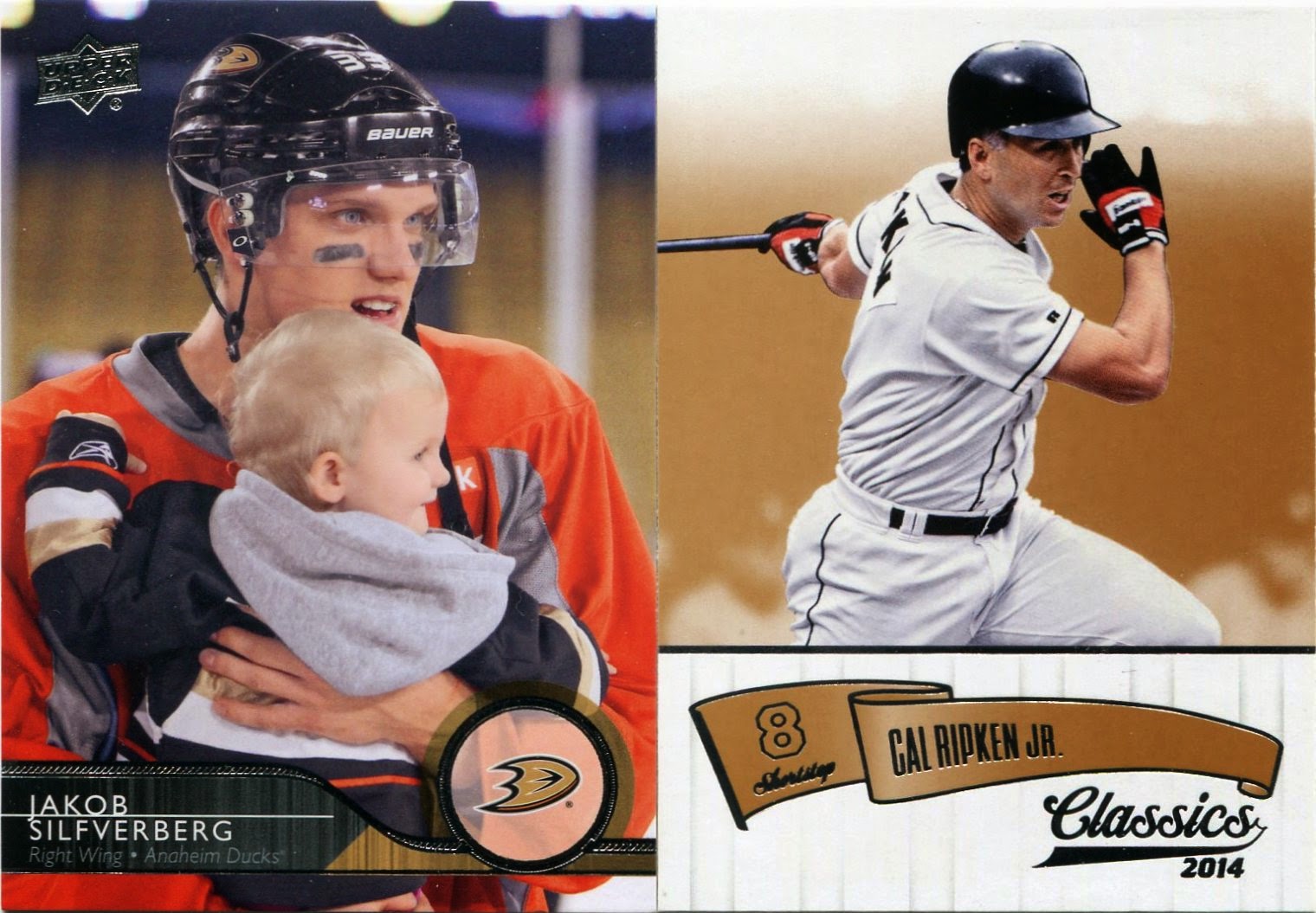 If you're new to the blog, Douglas has made a habit of sending me hockey-themed hits to my many mini-collections with each passing package.

But, yes, he does still sprinkle in a good amount of baseball as well. 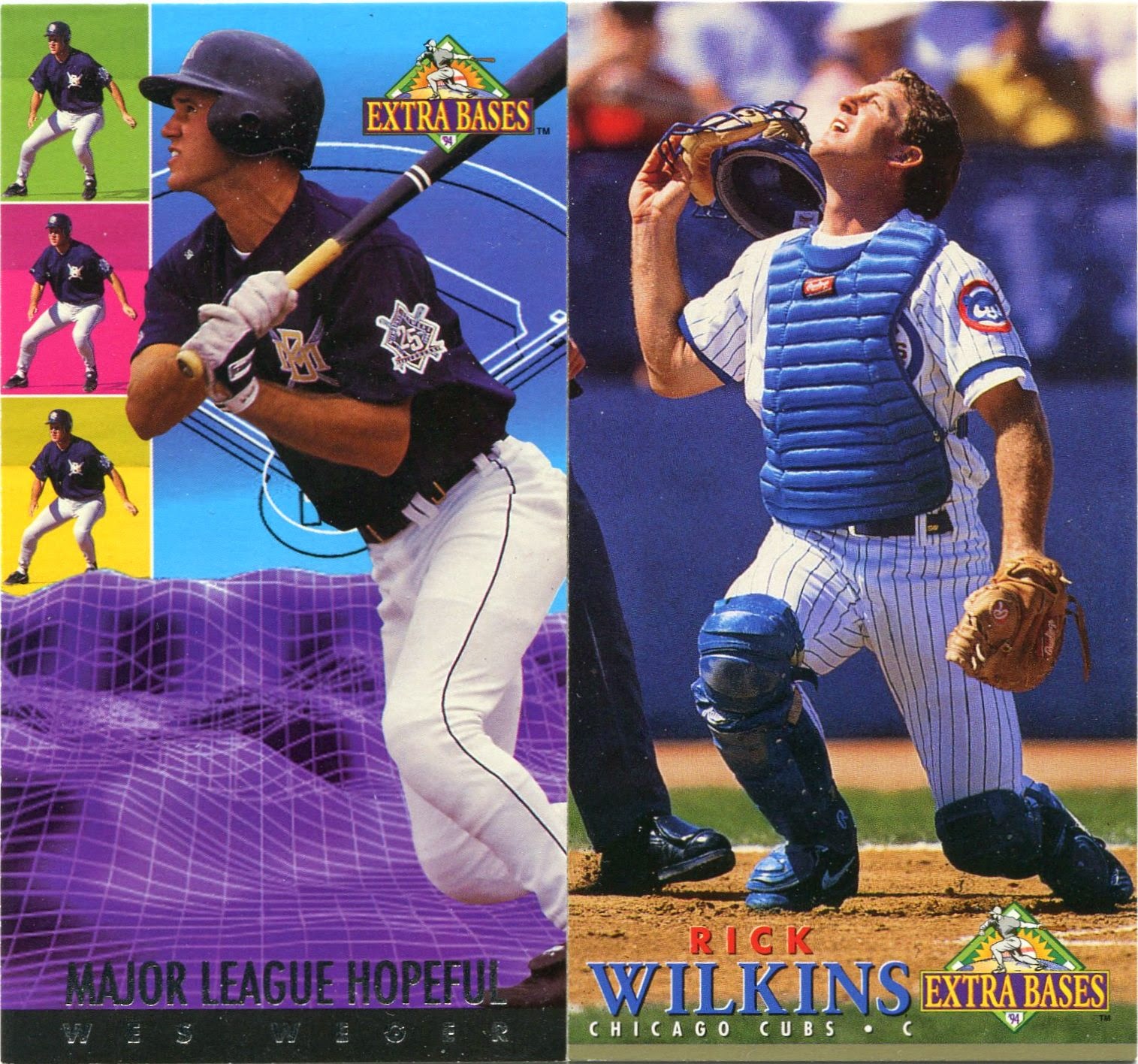 From what I know, this Fleer Extra Bases set was kind of a flop when it came out.

You still don't see it mentioned a whole lot these days, but oversized cards are always welcome around here.

Although I'm still not quite sure what's going on in the background of the one on the left. 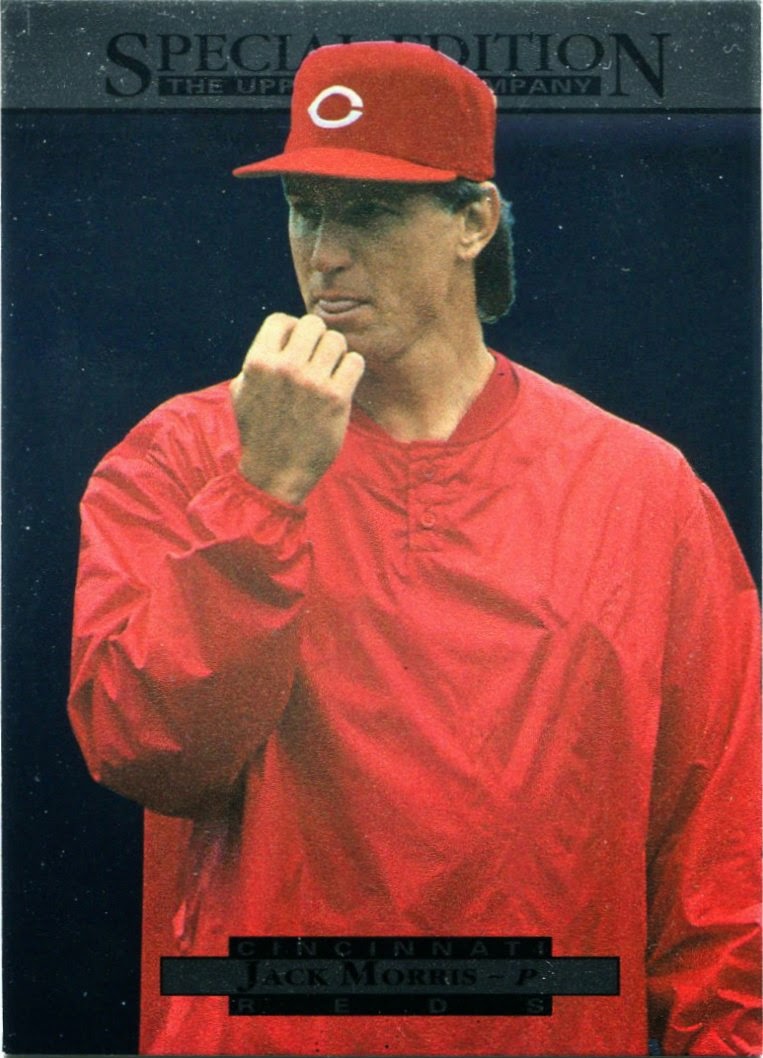 This was the crown jewel of Douglas's latest envelope.

Even with a hundred tries, I'm not sure many people could guess who this player is. If I didn't know any better, I sure wouldn't be able to.

The player you see here is missing the mustache that made him famous during the course of his long career. I guess the Reds have a Yankee-esque ban on facial hair. Speaking of the Reds, the uniform might throw you off as well, since the guy never played a single game in Cincinnati.

That's Jack Morris pictured on what is now a former Dime Box Dozen need from 1995 UD Special Edition. For the longest time, I thought this was the only zero-year card of Morris as a Red. Apparently not.

If there's one certainty in this hobby, it's that new zero-years will always manage to make me happy. Even in times that aren't exactly ideal.

Let's get February started already.
Posted by Nick at 2:17 PM

I'm sorry if the holiday Zap I sent was a bit lacking. I've sent out another one for you that should pack a bigger punch.

I love that Rally Squirrel card! Hope you have a better February.