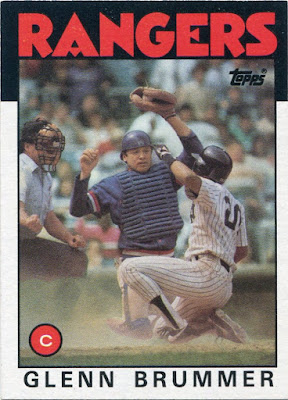 Glenn Brummer took the lead from the start and didn't let go, garnering 11 total votes (including my own) and capturing last week's frankenset crown. I wouldn't say that 1986 Topps is much known for its photography, which, in some ways, makes such an unexpectedly fantastic shot even better.

I came close to voting for Frankenset MVP Kirt Manwaring after a couple people noticed that the runner on his card is actually a pitcher in a warmup jacket, something that I'd somehow missed the first, oh, dozen times I looked at it.

But, in the end, I couldn't go against Mr. Brummer. 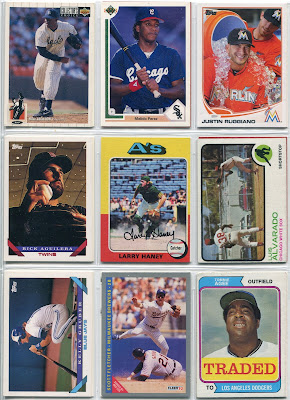 We're starting to near the end of the frankenset binder, and this might be the best overall page of the #600-and-up class. 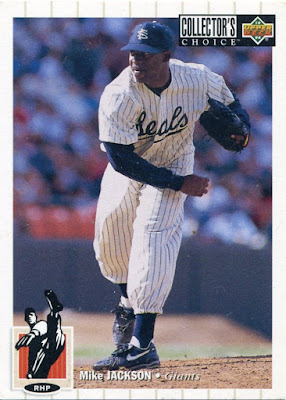 Throwing it back to the days of the San Francisco Seals. 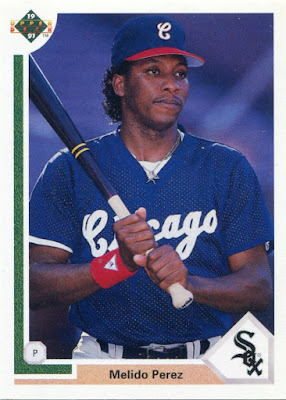 Another pitcher trying (and failing) to look menacing with a bat in his hands. 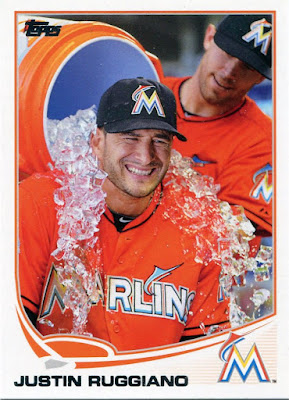 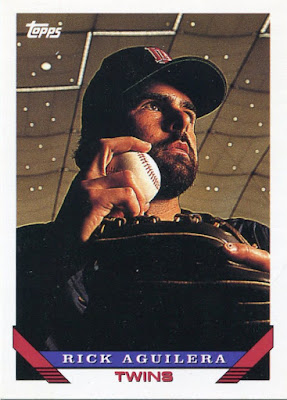 Under the Metrodome roof. 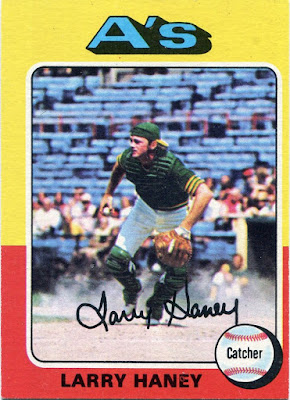 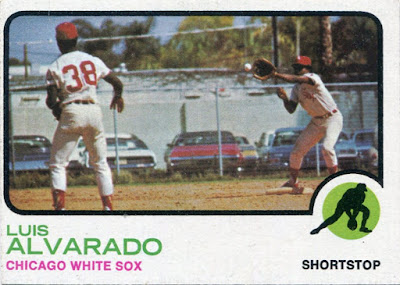 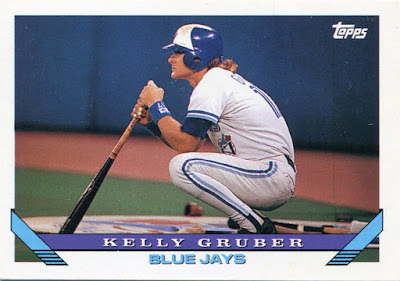 Pondering in the on-deck circle. 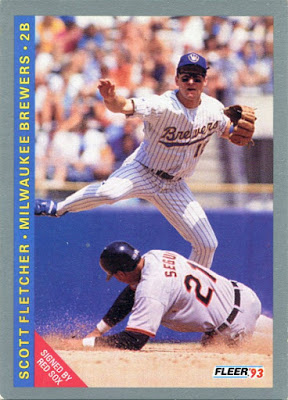 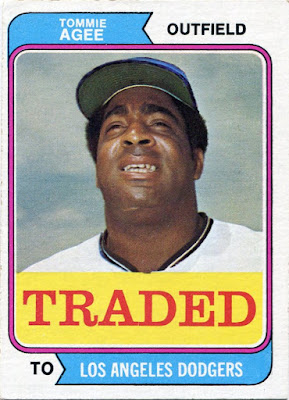 We close with a coveted zero-year card, as Tommie Agee was actually released by the Dodgers before ever suiting up in a game for them.

As awesome as some of these are, I am forever a member of #teamteflon so I have to vote for the Metrodome Roof.

DAMN YOU!!!! You are making me pick between one of the greatest throwback cards in the Jackson and the well known Alvarado.

I have to back the former Cub in Ruggiano; you don't see that shot too often on cardboard

You don't pick Alvarado in this group, you need to go back to Cardboard 101.

That Alvarado is awesome! It looks like they are playing behind a building somewhere.

I remember meeting Brummer one time and him telling me he hated that card because the ump called Mike Easler safe on the play.
I'll have to go with the majority and vote for the Alvarado, although I do like the 93 Topps Aguilera and Gruber cards.

Oddly enough, I have an autographed mini of that Larry Haney card autographed by Haney. He didn't seem to care that it was Duncan.