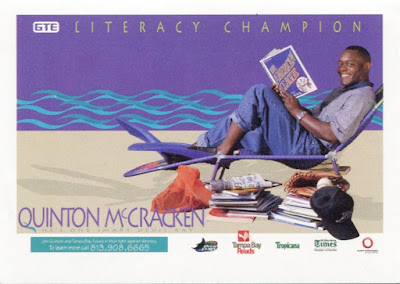 I'll admit it right off the bat.

This post is basically a plug for the brand spankin' new blog I started not too long ago, entitled "What the Others Want Is Juvenile Delinquency." The blog (which takes its name from a line in a John Updike short story) is basically a virtual endeavor for all my literary interests.

I don't plan on posting daily or anything, but, since I wanted an outlet for my other nonsensical bookish thoughts, a second blog seemed like a fine idea. So, read it if you'd like, but expect the topics to (hopefully) be as random and incoherent as the ones I discuss on this little blog.

In order for this to not be simply a transparent plug of a post, I thought I'd make a list of some baseball-related books that are currently sitting on my "to be read" shelf.

By the way, I'll probably be posting this Quinton McCracken card every time I discuss reading around here, because it's just too perfect. 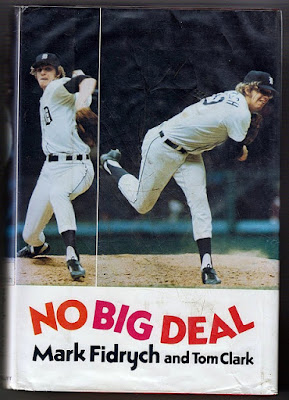 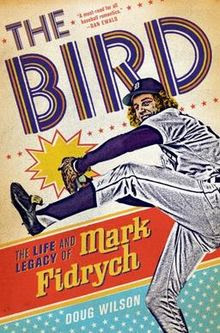 No Big Deal, by Mark Fidrych with Tom Clark
The Bird: The Life and Legacy of Mark Fidrych, by Doug Wilson

What better way to start off than with The Bird?

I'm not sure many one-year phenoms in any profession can say they have one book about them, much less two. Still, if anyone's deserving of such an honor, it's Mark Fidrych.

My fandom of The Bird has been well-documented throughout the history of this blog, so I don't think I need to tell you why I'm planning on reading these two works.

Both came courtesy of my dad's book collection, and I like that one was published during the peak of Fidrych-mania (No Big Deal, 1977), while the other offers a more contemporary view of the lovable Tiger hurler (The Bird, 2013).

Who knows how many books there'd be about Fidrych had he enjoyed a full big league career. 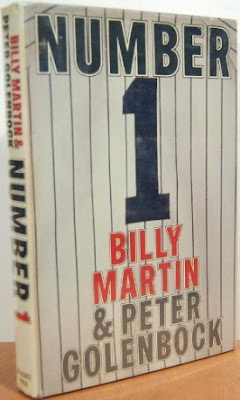 Here's another from my dad's collection.

I've never been big on reading biographies/autobiographies, but guys like Mark Fidrych and Billy Martin are definitely exceptions to the rule. The stories I've heard about Billy during my time as a baseball fanatic (including the time he punched out a marshmallow salesman) are just the tip of the iceberg, I'm sure.

Billy Martin lived one of the most famous and eventful baseball lives of anyone who's ever been a part of the National Pastime, which earned this book a top slot on my "must read" list.

Besides, I bet his life reads like a fictional character a lot of the time. 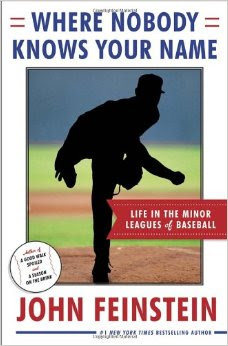 Where Nobody Knows Your Name, by John Feinstein

This was a Christmas present from my mom last year.

My dad already read it (he, too, received it for Christmas, coincidentally) and gave it a glowing review. There are plenty of books out there about the plight of the middling minor leaguer, and, if I'm being honest, the topic is a little stale by now. (Although check out Dirk Hayhurst's Bullpen Gospels series for some of the better examples.)

From what I've read, however, Feinstein's book largely deals with those Quadruple-A types who are constantly being rushed back and forth between the major and minor leagues, unsure of where their place in the game truly is.

Though it's easy to focus on all the Bryce Harpers, Mike Trouts, and other stud prospects of the baseball universe, I've always been far more interested in the mid-to-late-twenties bench guys who might never get a shot at the game's highest level.

I'm sure this will be quite the eye-opening read. 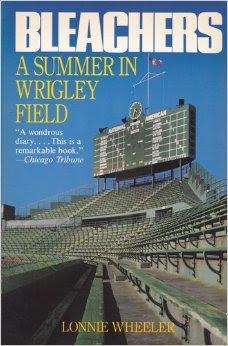 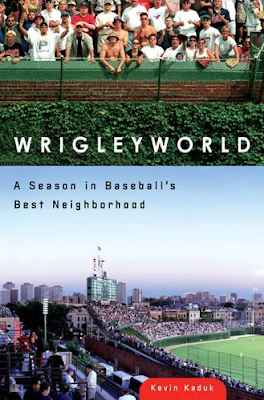 Bleachers: A Summer in Wrigley Field, by Lonnie Wheeler
Wrigleyworld: A Season in Baseball's Best Neighborhood, by Kevin Kaduk

Like the pair of Fidrych books, I like that these two deal with the same topic from differing eras.

Both Wheeler (1989) and Kaduk (2006) give first-hand accounts of a season in the beer-infested Wrigley bleachers. While I'll be the first to admit that Wrigley is often held in a fantastical light, the ballpark does lend itself perfectly to the confines of a book. (I may favor Wrigleyworld a little more here because it takes the entire Wrigleyville neighborhood into account.)

I've never sat in the bleachers on the North Side myself, but I'd like to one day for the sheer fact of witnessing the cast of characters that sit out there.

For now, these two books will have to tide me over. This one is a bit different from the other books I've mentioned in this post, in that it's a fictional novel.

But let me give you the online description for now, and you tell me if this doesn't sound like a book that I would absolutely enjoy.

A satirical fable with a rootless and helpless accountant as the protagonist. Alone in his apartment, he spends all his nights and weekends playing an intricate baseball game of his own invention.

My prior interest/enjoyment/addiction to the MLB Showdown board game has come up many times on this blog, and this novel seems to describe something like MLB Showdown (or Strat-O-Matic, etc.) before there even was an MLB Showdown in the first place.

A fellow English major friend of mine from school turned me on to this particular book (published in 1971), and I just ordered it for myself last night.

I hope this post read as more than just a halfhearted plug for another blog.

If it did, then mission accomplished.
Posted by Nick at 6:03 PM

Back about 15 years ago, when Bill James first published his Revised Historical Baseball Abstract, I read that thing constantly. Part of the reason was I was toting up his references to other books to find which books he seemed to quote from most and get those for my own collection. It was from that effort that I bought "Pitching in a Pinch" by Christy Mathewson, "Only the Ball Was White" by Robert Peterson, and "We Played the Game" and "They Played the Game" -- a couple of great oral histories.

If you have the opportunity to read any of those, it's well worth it.

Nice bunch of books! I should recommend some myself sometime. As for the Universal Baseball Association, Inc., I found it a bit weird compared to other baseball novels, but not terrible. I also highly, highly recommend W.P. Kinsella's stuff, not just "Shoeless Joe Comes to Iowa" but also "The Iowa Baseball Confederacy."

Your father and I seem to be about the same age. I spent most of the '70s reading books and I'm sure you're familiar with the most famous '70s baseball books -- The Boys Of Summer, Bronx Zoo, etc. I'm also assuming you're familiar with Roger Angell. If not, read all of his baseball compilations -- Five Seasons, The Summer Game, Late Innings, Season Ticket, and probably some others I'm forgetting -- you'll have the best time. Greatest Baseball Writer Period.

Glory of their times. A must read

Night Owl...I've been trying to push some Roger Angell on him for a while now...hopefully he'll submit,haha!!

This is one of my faves...a great encapsulation of the 70s baseball world.. http://www.amazon.com/Big-Hair-Plastic-Grass-Baseball/dp/1250007240

I want that McCracken literacy card in the form of wallpaper.

Nick, you should make an account on Goodreads. I use it (and love it. It is almost a virtual library of your books, and it allows to see your friends what your reading, make suggestions etc... Check it out and add me by my name.

There's a new Billy Martin book that has just come out, supposed to be very good