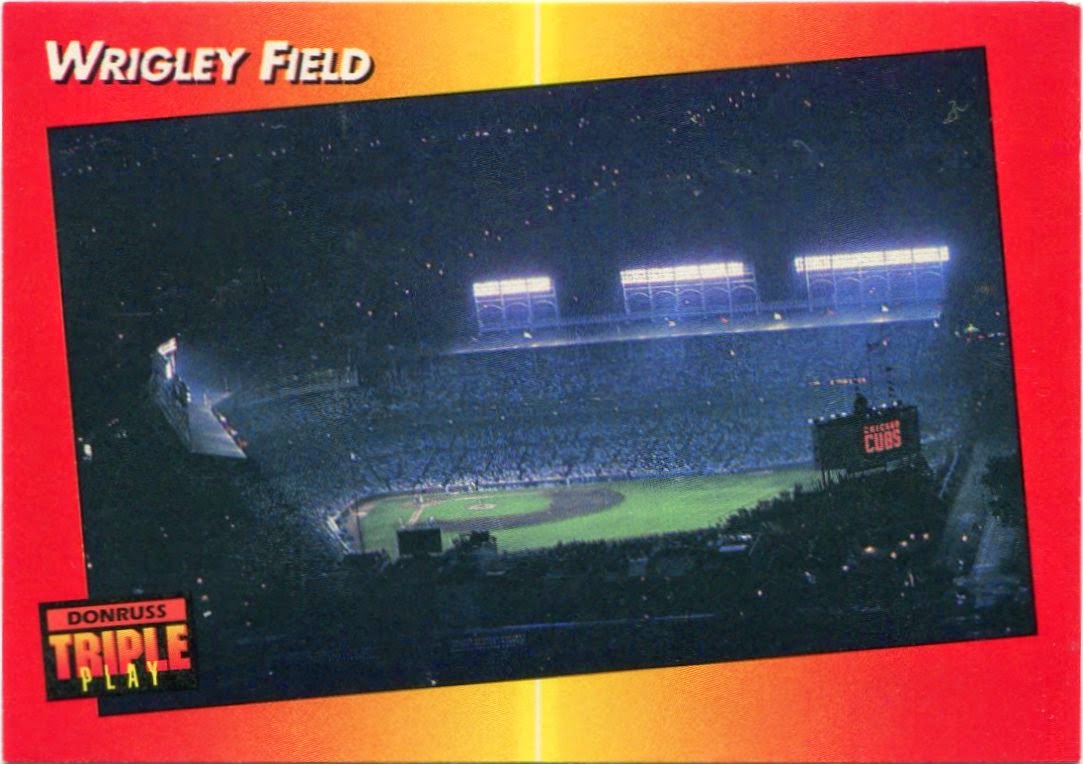 In case you've been hiding under a rock, today is Wrigley Field's 100th birthday.

On this date a century ago, the first game in Wrigley (then known as Weeghman Park) took place. The Cubs and Diamondbacks tried to recreate the event as much as possible this afternoon, sporting some wicked throwbacks in the process.

The Cubs even somehow managed to sum up a hundred years of futility in one day, blowing a three-run lead in the 9th and eventually losing 7-5.

Even with the Cubs' usual woeful ways, I'll always be a devoted fan. I attended my first game and Wrigley and have been in love with the place ever since. If the card you see above is any indication, it's the most beautiful inanimate object in the world.

What I find interesting, though, is the fact that it wasn't even built for the Cubs in the first place. Today may be the park's 100th anniversary, but the Cubbies didn't move into Wrigley until 1916.

Nope, it was originally home to the Chicago Whales of the Federal League. On April 23rd, 1914, the Whales bested the Kansas City Packers in the very first game at Weeghman Park, 9-1.

The Federal League lasted all of two years, yet Wrigley Field is still standing a century later.

I find that amazing. 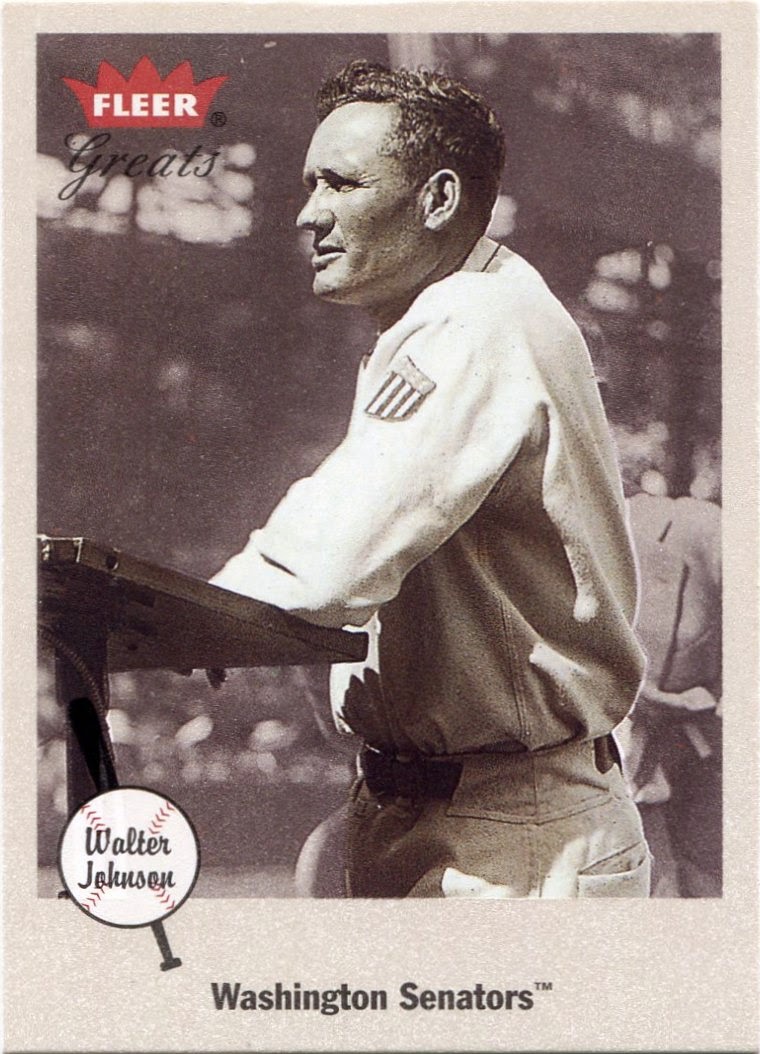 That's why I've been going a bit crazy with Federal League research this afternoon.

Started in 1914 as a challenge to the superior American and National Leagues, the "Feds" offered higher salaries and a new innovation called free agency to any player who joined.

Future Hall of Famers such as Chief Bender and Joe Tinker were among a select number who jumped ship to the eight-team league.

Having accepted a contract from the Chicago Whales, Walter Johnson very nearly changed the course of baseball history by joining the Federal League. However, the Senators quickly swooped in and offered "The Big Train" more money, cementing his career-long stay in Washington.

With all the big contracts being thrown around, it's no surprise that the Federal League collapsed after just two years.

It remains the last serious challenge to the American and National Leagues. 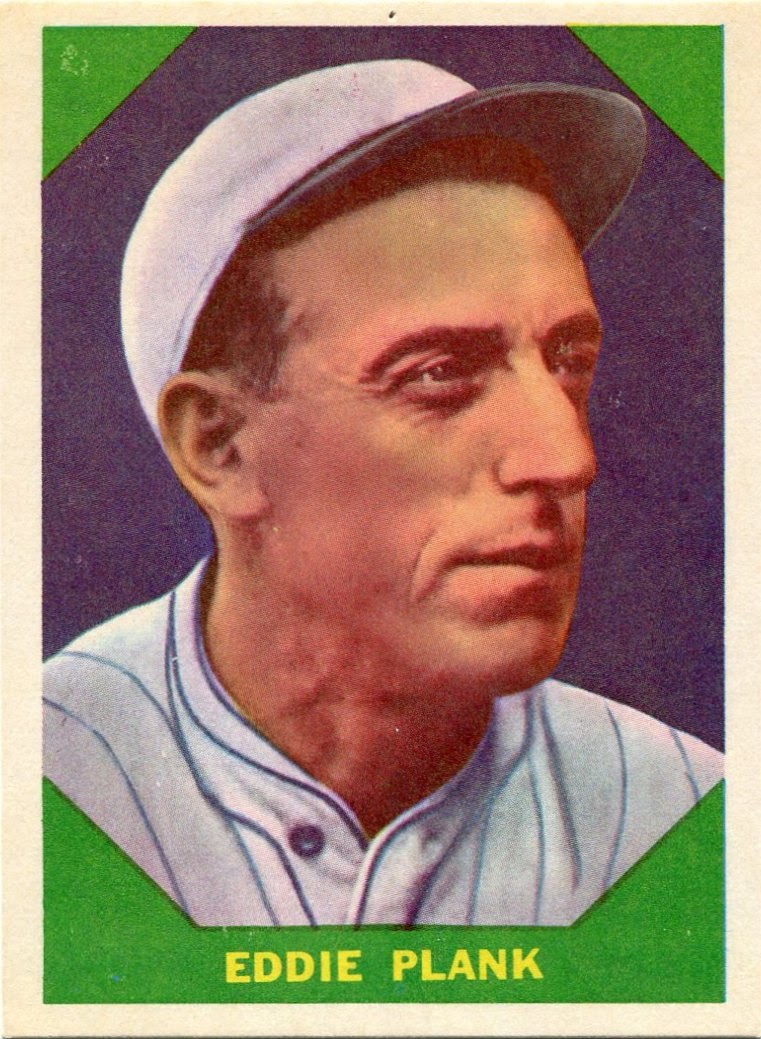 Before today, I never considered what happened with Federal League statistics.

Did they end up counting as "official" major league stats for those who had already accrued years in the American and/or National Leagues? Or were they treated as an entirely different commodity?

As it turns out, it's the former.

Cooperstown inductee Eddie Plank actually won his 300th career big league game in the Federal League, doing so with the St. Louis Terriers in 1915. However, Major League Baseball didn't recognize the achievement until 1968, as a matter of fact.

It's those types of quirks that make me such a huge fan of baseball history. 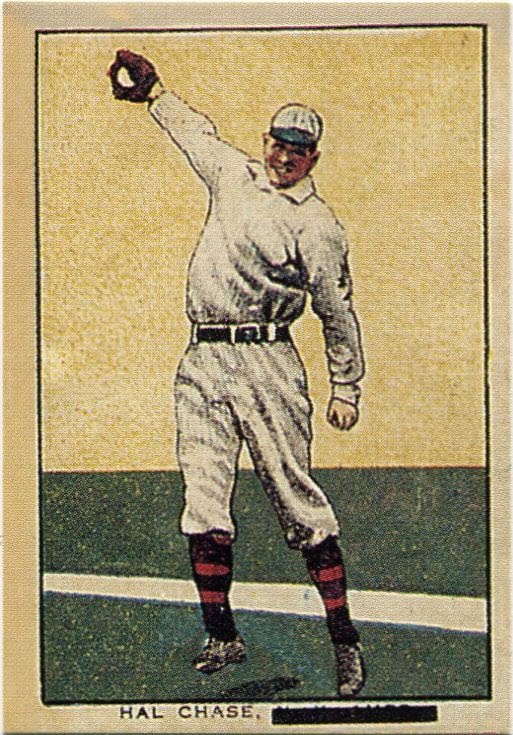 Unfortunately, there isn't a wide variety of Federal League cardboard out there.

The few I do have, however, are nothing short of fascinating. That's definitely true with the card you see above.

Though he was a terrific hitter, Hal Chase is better remembered for his gambling habits that eventually got him kicked out of baseball in 1919. He was also one of the players who jumped to the Federal League in 1914, suiting up for the Buffalo Buffeds. (That was their name. No joke.)

A few years ago, I landed this card from my local flea market as part of an awesome reprint lot I purchased.

You may notice the giant black line running through where the team name should be on it. That's actually part of the original reprint, as I'm guessing Chase jumped ship just before these Butter Nut Bread cards were set to be released.

Back in the day, though, a simple permanent marker sufficed. 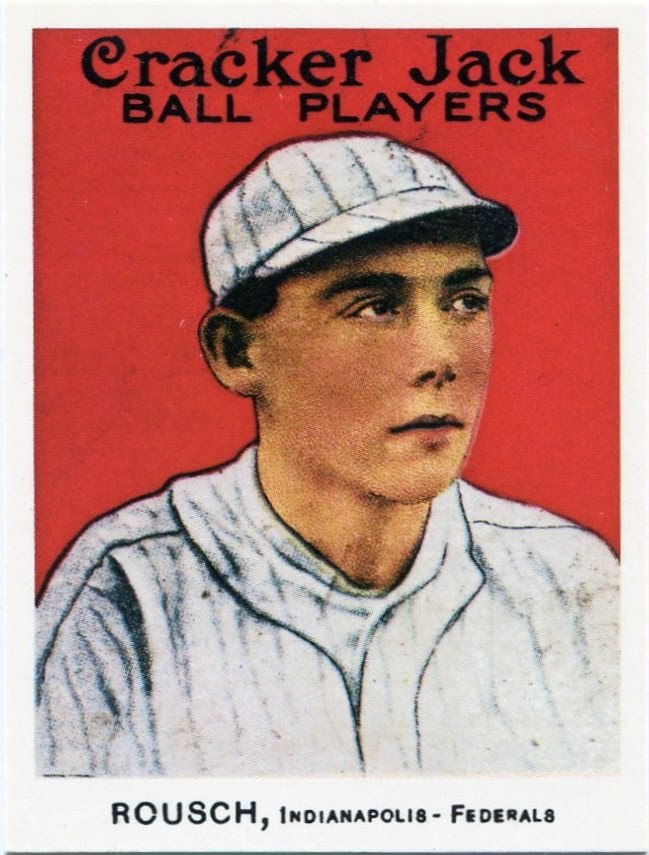 Most of the big stars who joined the Federal League were pretty much washed up by 1914.

On the other hand, future Hall of Famer Edd Roush got his first big chance in the rival organization.

After just nine games as a rookie with the 1913 White Sox, the outfielder joined the Indianapolis Hoosiers of the Federal League the very next year. He'd stick with the league until its dying days, playing for the hilariously-named Newark Pepper in 1915.

He'd carve out a Cooperstown-worthy career over the next fifteen years with the Giants and Reds.

Although I'm not exactly sure where I got it, this nifty Cracker Jack reprint has been in my possession for a while now. Before it came along, I had no idea the famous set included Federal League players. 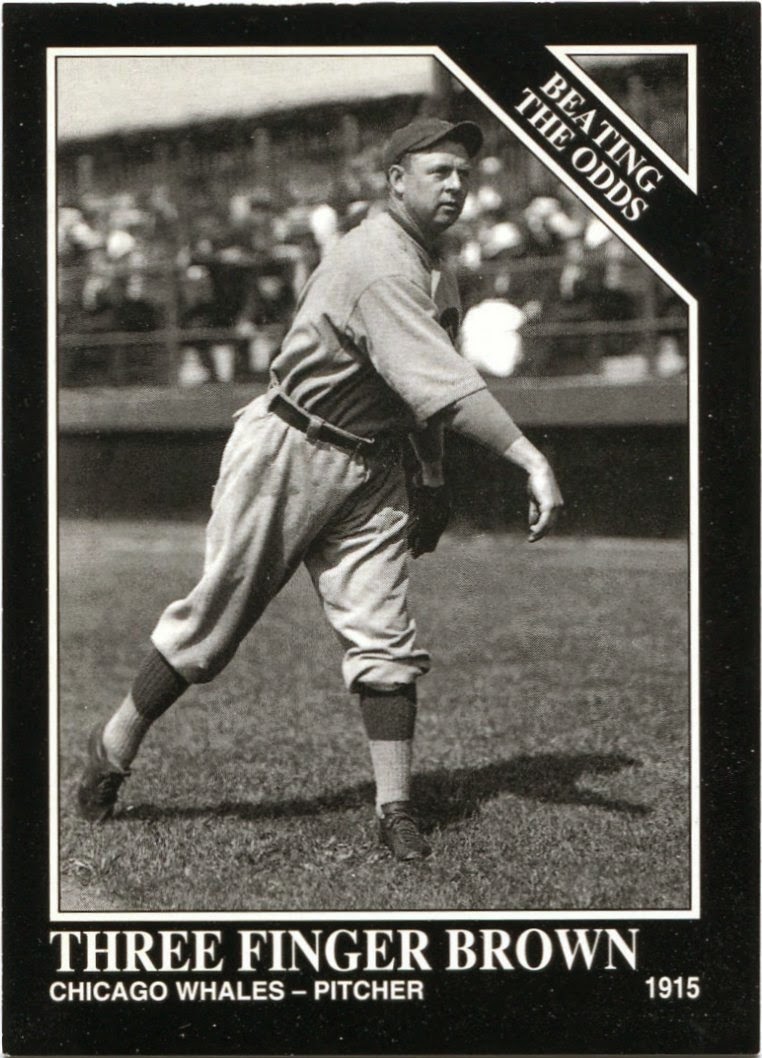 He split his 1914 season between the St. Louis Terriers and Brooklyn Tip-Tops (named for the famous bread company at the time) and spent all of 1915 with the Chicago Whales.

As usual, good ol' Conlon Collection had that one covered. The legendary brand produced the only non-reprint Federal League cards I've ever seen. And, although the Whales and Cubs have absolutely no affiliation outside of Wrigley, this one goes into my Cubs collection.

Though I'd love to start one, I don't have nearly enough cards to compose an entirely separate Federal League binder.

By the way, the 1915 Whales club brings about another great piece of Federal League trivia.

Though the league was on its last legs at the time, the pennant race that year was one of the greatest in baseball history. Five of the eight teams were in the running in the last week of the season.

The Whales eventually eked out the pennant by the absolute slimmest of margins, finishing a staggering .001 ahead of the St. Louis Terriers in winning percentage and just .004 in front of the third-place Pittsburgh Rebels.

While the Cubs haven't won a World Series since 1908, at least another major league club from Chicago can lay claim to some sort of championship since then.

Even if it was the Federal League.

So, in honor of Wrigley Field's 100th anniversary, there's your baseball history lesson for today.

Very nice post.
I love the Hal Chase card as it exemplifies what Chase was/is known for as a player, his defense.

One of the three card companies should totally make a set commemorating the Federal League (and American Association).

Some of the decisions about what to consider "Major League" or not were interesting, to say the least. Maybe the Federal League has a case. But it folded after two years. The old (unaffiliated) Pacific Coast League had big-league talent and staying power. Not sure how that makes sense...

I remember the saga of the Federal league fascinated me when I was first devouring baseball books in the mid-70s....very cool cards!

Great post. I'm a huge fan of (what I know of) the Federal League.

For anyone interested in learning more about the FL, I encourage you to try to track down a copy of Marc Okkonen's book on the subject. It's a SABR publication from the late 80s so it's been out of print for a while, but it's worth finding and reading.

This kind of post is why I keep coming back to the blogs. Great stuff. Thanks for sharing.

Nice write up Nick. I hope to see a game at Wrigley someday.