The dark side of collecting 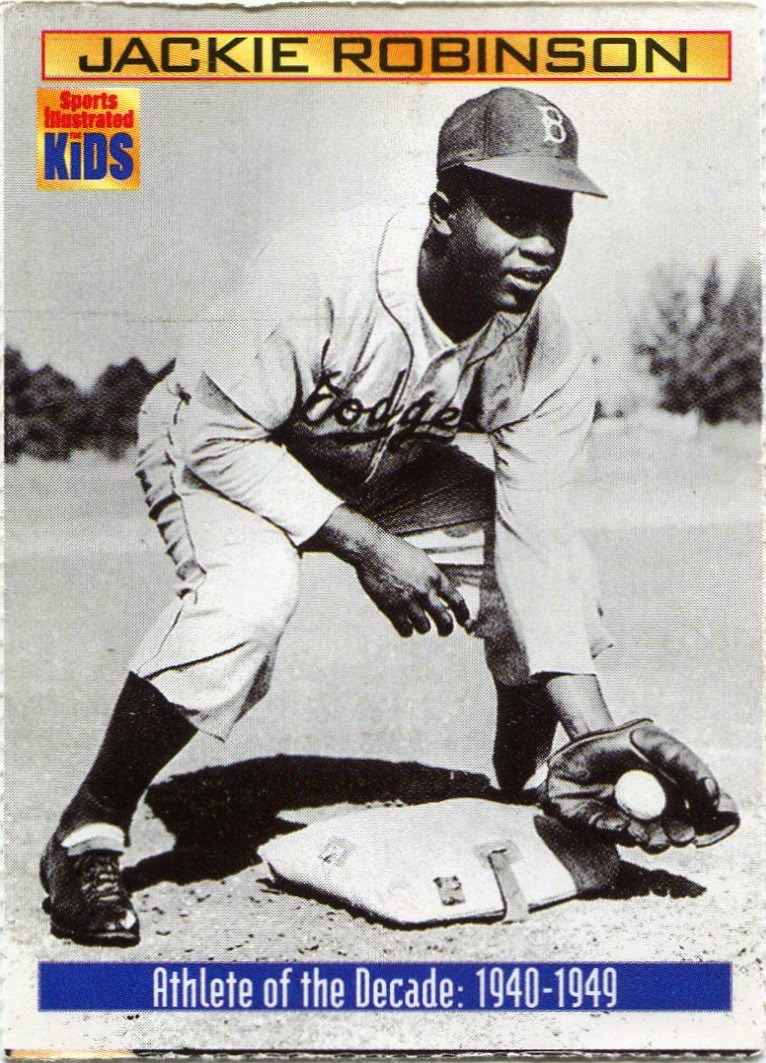 By now, you probably know that today is Jackie Robinson Day.

Though he would mainly play second base throughout his career, Robinson made his big-league debut at first base for the Dodgers 67 years ago.

As one of the most important figures in American history, he won the first-ever NL Rookie of the Year award in 1947 and paved the way for future African-American greats throughout his Hall of Fame career.

Today, every single player will be wearing Robinson's retired #42 in honor of his legacy.

One of the ways I like to pay tribute to my favorite players is through my collection. I've made it my duty to obtain as many Jackie Robinson cards as possible throughout my lifetime.

Though anything Robinson-related can command a pretty penny, I'm proud to say that I own 105 different cards of his as of this writing. I took a look through all of them this afternoon.

One in particular that caught my eye was the SI for Kids issue you see above. It's probably one of the rarer Robinson cards in my catalog, and you rarely ever see them mentioned anywhere these days.

So, then, how did I come into possession of my copy?

Let's see if I can put this lightly... 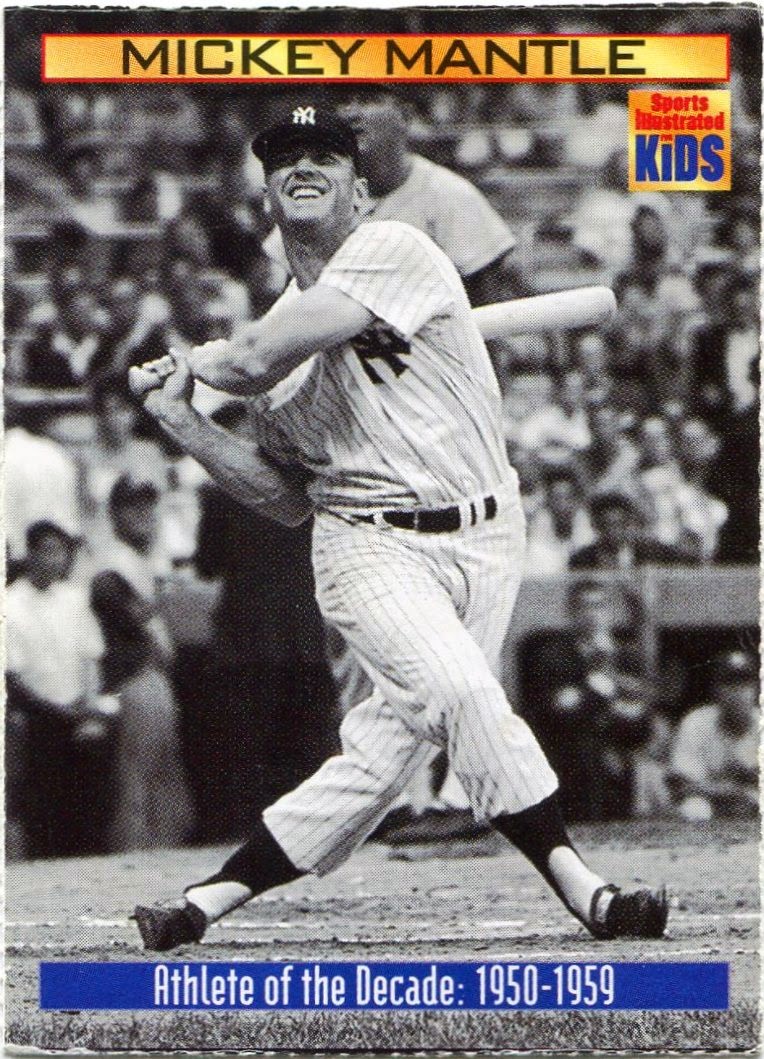 And it wasn't just Jackie Robinson, either. I stole all of the SI for Kids cards I currently have in my collection, including this neat Mickey Mantle.

Part of me feels guilty about stealing cards of such noble ballplayers. Then again, I'm sure glad to have them in my binders.

One thing they don't tell you about baseball cards is that there is indeed a dark side to collecting. For me, that involved stealing. I'd be willing to bet that most collectors have their own dark stories when it comes to cardboard as well.

I stayed out of trouble more than most kids when I was younger, but I'll be the first to admit that I stole a few baseball cards in my day.

You see, the library in my grammar school always seemed to have issues of SI for Kids on the racks. I'd read through them every now and again, but I usually just had my eye on the panel of cards that came with each magazine.

So, whenever my class would take a trip down to the library for reading time, I subtly ripped out the cards and stashed them in my pocket.

Thankfully, no one ever caught me in the act. I did feel a bit guilty about it at the time, but the possibility of owning these oddballs made the risk worth it.

Baseball cards can make you do crazy things. 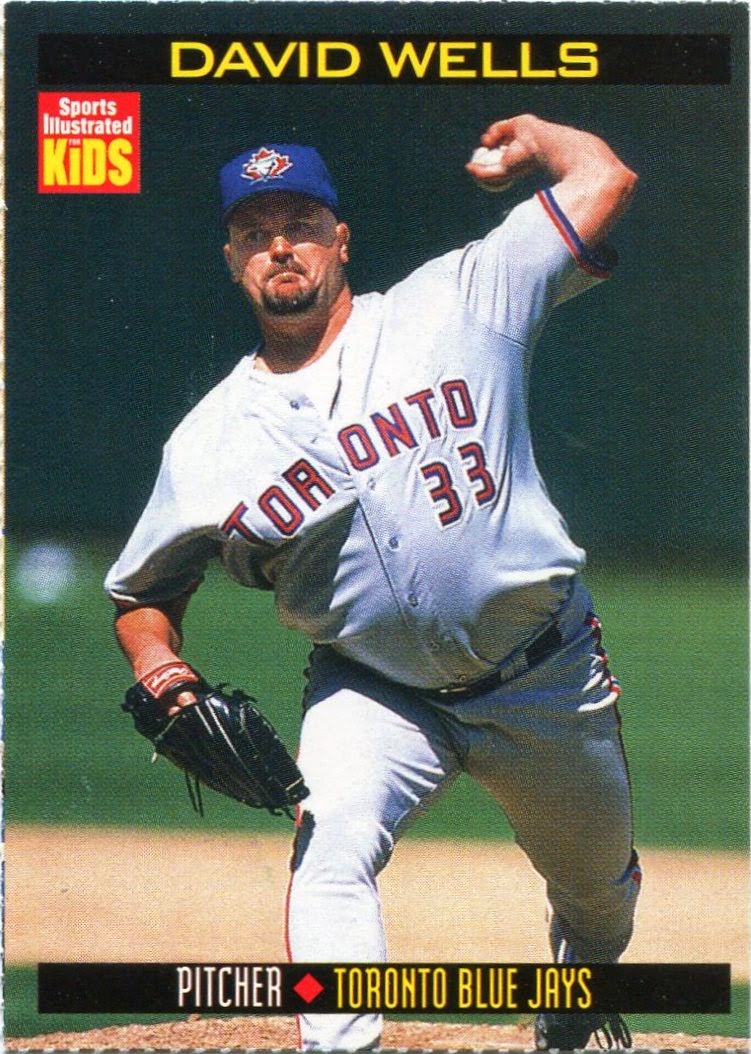 Though one panel featured all legends like Robinson and Mantle, most of the SI cards featured current athletes.

They ranged across all sports, even into strange ones like skiing and bowling. The only ones I ever cared about, of course, were the ballplayers. 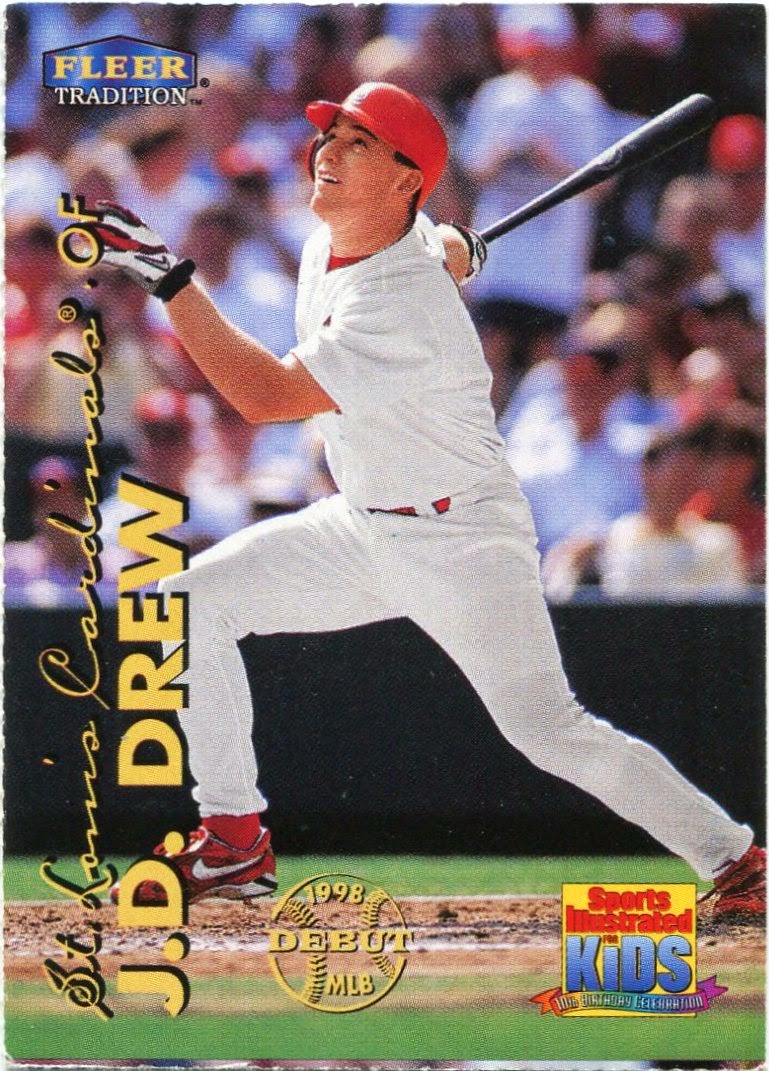 A lot of these aren't your standard oddballs, though.

Some of the issues featured reprints of newly-released cards. SI reissued this version of J.D. Drew's 1999 Fleer Tradition rookie back in the day.

Remembering a time where there was actually a lot of hype around J.D. Drew actually makes me feel a little old, now that I think about it. 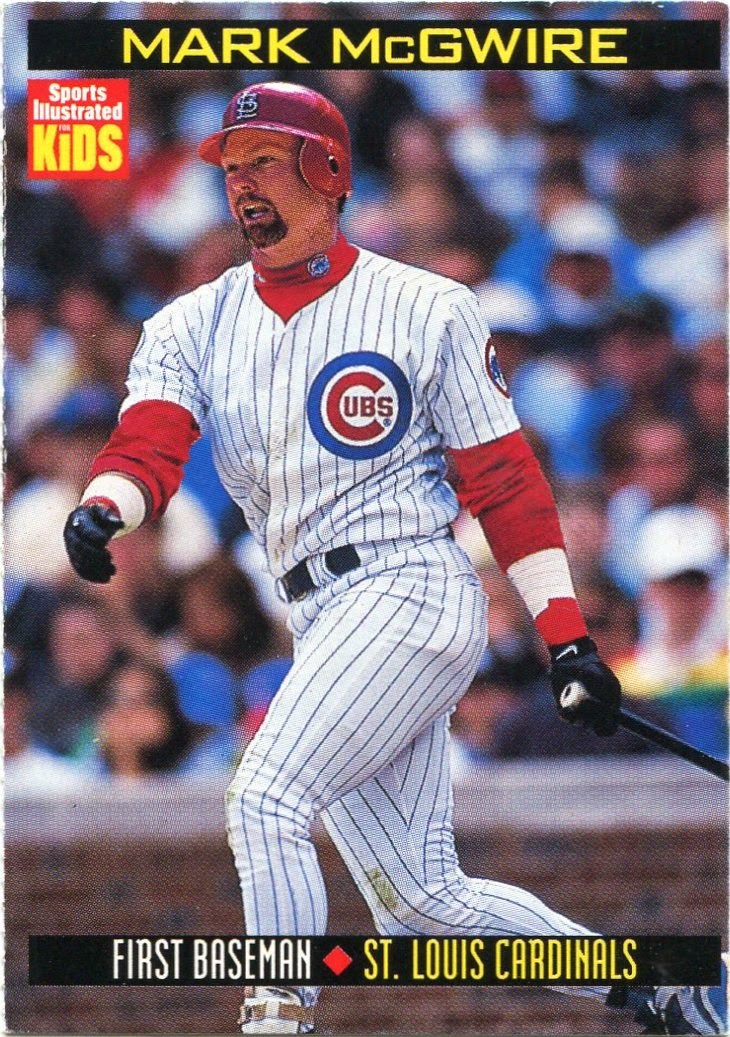 Here's a mind-boggler for you.

One of the magazine panels I stole came from a special April Fools Day issue. Hence, the image of Mark McGwire in a Cubs uniform.

The back tells a fabricated tale about Sammy Sosa asking the Cardinal slugger to suit up as a Cub for a day. It goes even further, saying that McGwire hit a homer for the North Siders, "throwing kisses to Sammy's fans" along the way.

Kudos to Sports Illustrated for the fine photoshop job.

Even if they did forget to airbrush McGwire's helmet. 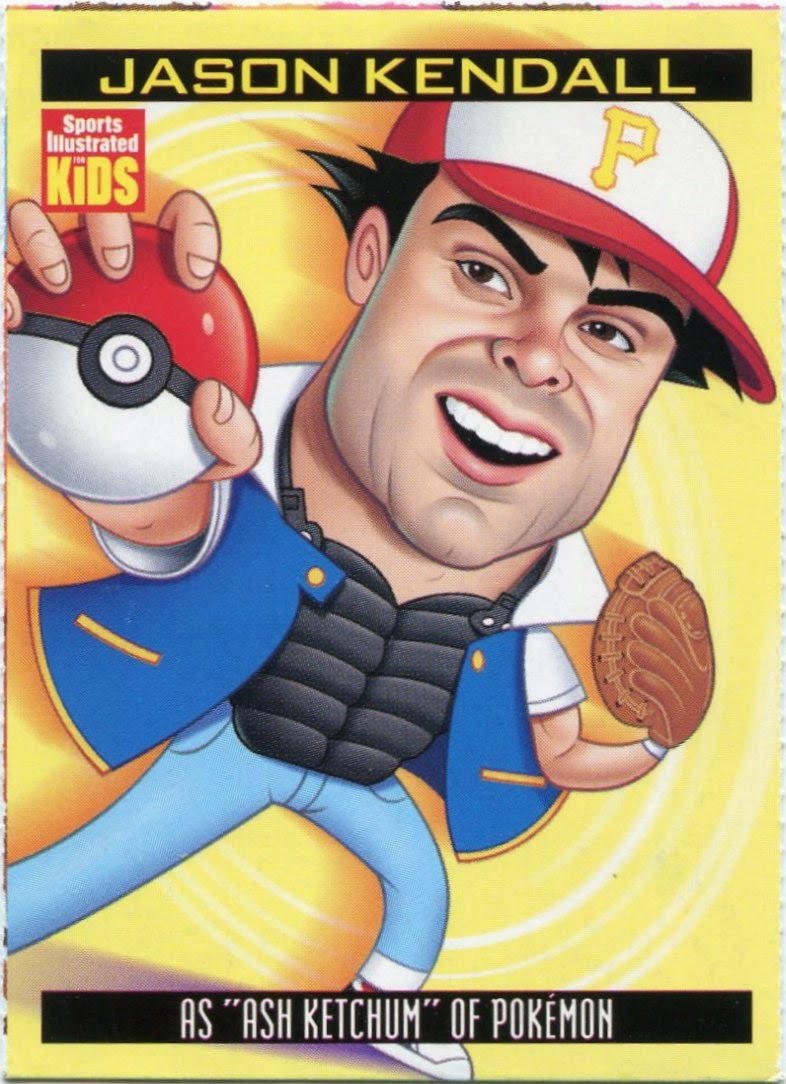 This is easily one of my favorites of the bunch.

One issue featured an odd mishmash of sports stars and youth pop culture. Pokemon was all the rage around 1999, which is when this one was released.

I remember it well. My friends and I used to trade Pokemon cards during recess all the time.

That made this Jason Kendall/Ash Ketchum combo a must-have for me. I guess it makes sense, in a way. Pokemon's famous motto was "Gotta catch 'em all!", and Kendall was, of course, a catcher.

It's still the only appearance of a Pokeball on any baseball card I own.

Despite the fun and innocent vibes this hobby might carry, don't be fooled too much. There's a dark side to this whole business.

Even if I didn't know it at the time, these were some of my first oddballs. And it wouldn't have been possible without my school library.

In fact, I'm glad I stole them.

There. I said it.

Baseball cards can make us do crazy things sometimes.
Posted by Nick at 6:03 PM

You weren't the only one to steal from SI Kids.....

If only I knew where those cards were.

If you didn't pocket the cards, then some other kid would have. Glad you got there first.

Awesome post! I feel those SI Kids cards should be on a first come first serve basis.

That McGwire is one of the most awesomely Random things I've seen.

Over the years, I've taken my fair share of these SI pages. Whenever my school library subscribes to it, I make sure to tell the librarian to put them aside for me. I even taught one of them how to remove them carefully ;-)

Baseball cards are a helluva drug.