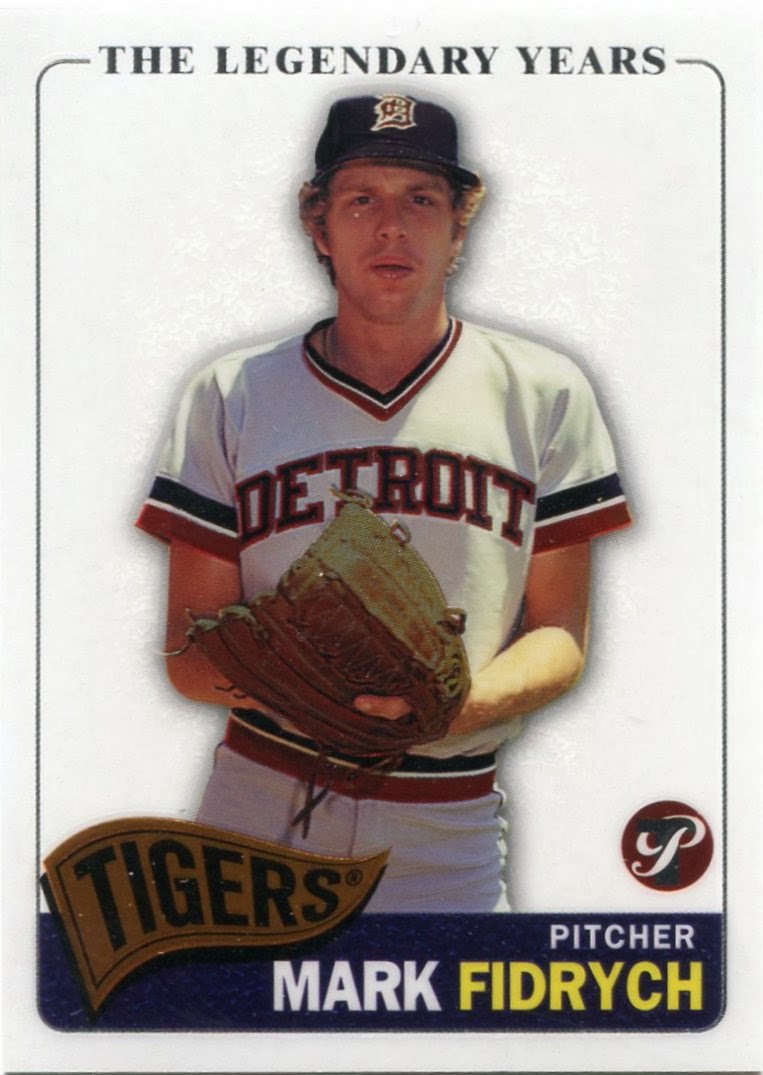 For me, birthdays aren't as big of a deal as they once were.

Like most kids, I used to have parties at bowling allies with all my friends that usually ended with pizza of some sort. It was a day to soak in lavish presents and some cold hard cash.

Nowadays, it's a bit of different story. Though I still love birthdays, all I ask for is quality time with the family and hanging out with a few close friends. The presents or any of that other stuff don't much matter to me anymore.

So, why am I bringing up all of this now?

Because today just so happens to be my 22nd birthday.

As I've already mentioned in an earlier post, I'll be treating myself to a birthday card show this coming Sunday. But, although I insisted against it, my dad treated me to another awesome card-filled gift today.

I probably won't have time to delve into a full recap tonight, but you'll be seeing the birthday spoils soon enough. However, I will say that my dad managed to find a Mark Fidrych card I didn't already have (as you see above), which is no easy task.

My dad was a huge Fidrych fan when he was a kid, and I've since become an avid devotee of "The Bird" as a result. I've scooped up every card of his I could get my hands on, yet I'd never seen this spectacular Topps Pristine issue before today.

It would've been a great birthday regardless. Mr. Fidrych and all the other gems my dad tracked down were simply icing on the birthday cake.

I could actually go for some cake right now.

Happy birthday. Little Fidrych story. When Fidrych made one of his first comebacks it was when he signed with the Pawtucket Red Sox. Happened to be a Saturday night. My buddies and I. Took the short ride down to McCoy Stadium to watch game. Game ended up getting sold out. I think he lasted about 5 innings but he put on his normal show with all his mound antics.

Snappy B-Day! Say hi to Dad for me.

Happy Birthday! That card is awesome!

It's your birthday. Ya load up - ya party!

Happy birthday from someone who actually saw Fidrych on ABC television in 1976 and pulled his card in '77. Glad you have someone there to tell you how great the '70s were.

Happy (belated) Birthday, Nick! Looking forward to seeing the rest of your loot...

Once this whole new-fangled internet thing caught my eye (around '95,I was a late starter!),one of the first things I looked for was a bootleg DVD of that game....I still love the post game bit with Mark....so unaffected and genuine....you won't see that sort of thing again...

A little late in seeing this but, Happy Birthday. I agree with birthday's not being as fun as they used to be (mine is Sunday). All it means to me now is that I have to spend a lot of money I don't have registering and inspecting my vehicles.