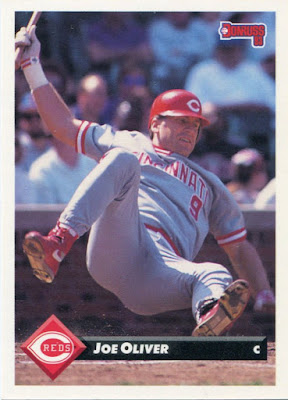 In what I thought was a fairly surprising result, the falling/tumbling/break dancing Joe Oliver earned the victory, garnering twelve of the 36 total votes.

He's a highly deserving winner, although I myself gave the nod to Jose Tolentino because of the sheer oddity and rarity of the "pinch hitter" position designation. It breaks a six-week streak of agreeing with the overall victor.

Had to end sometime. 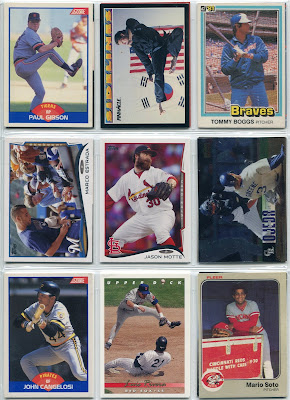 Much like last week, I don't think there's a clear winner with this week's frankenset page.

It's time to introduce our nine newest hopefuls. 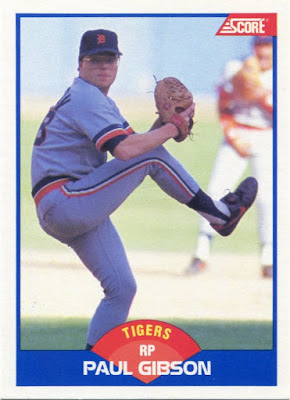 Paul Gibson winding up for a pitch while teammate Alan Trammell makes a, er, cup adjustment in the background. 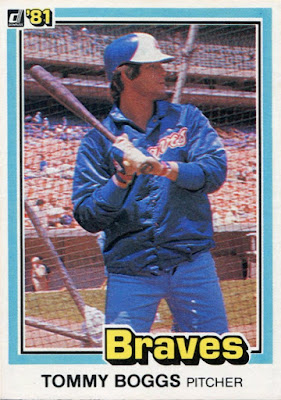 A pitcher taking his hacks in the cage. 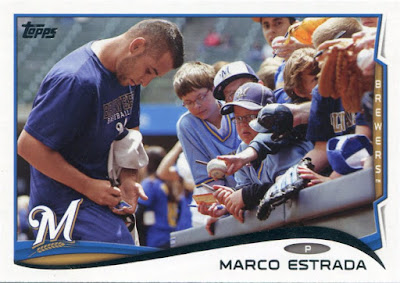 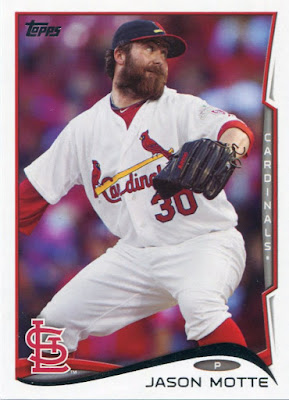 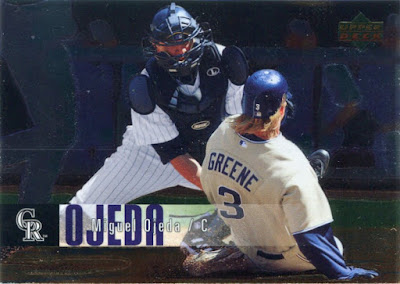 A play at the plate (with a Khalil Greene cameo) represents our sixth and final "hero number" of this frankenset. 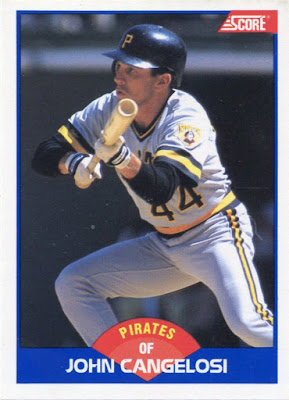 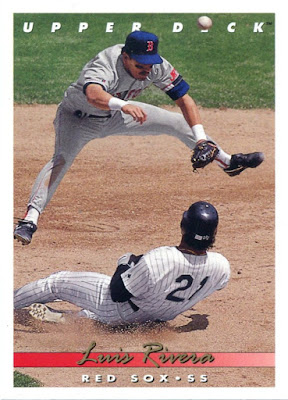 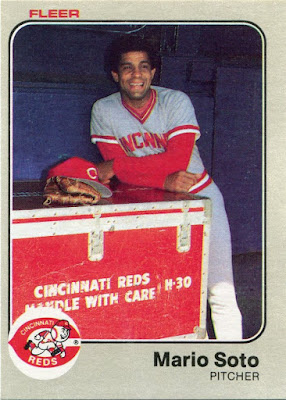 This week's page closes out with the only shipping crate appearance I've seen on a baseball card.

I applaud you for including two '89 Scores on one page. Specifically, I'm very intrigued by the Gibson/cup grab card. Never knew of that one previously. However, the equipment crate and Soto are a lethal combo that cannot be ignored.

It's Luis Salazar, not Alan Trammell.