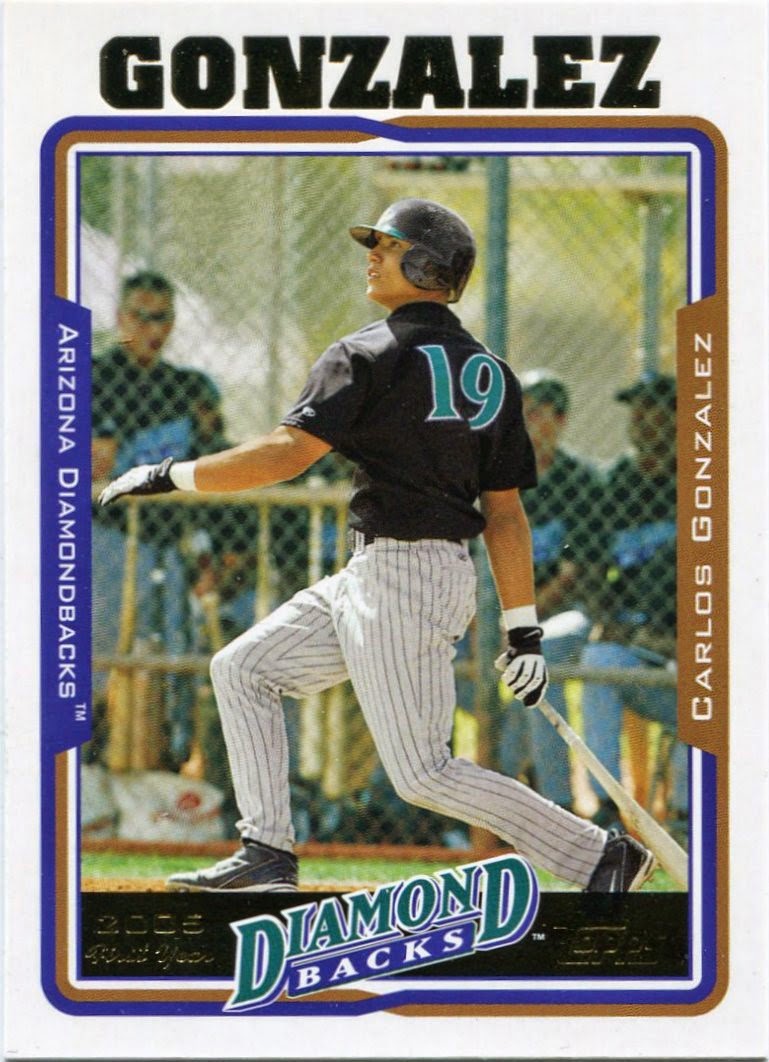 Not only are they great landmarks for my collection, but they also give me an excuse to reboot this theme every once in a while. It was, after all, the first series I ever started on my blog.

Because my posts on this topic are so sporadic nowadays, I feel compelled to explain what the heck this "zero-year" concept even is for those who may have forgotten.

A "zero-year" card is basically any card that features a player in a uniform he never wore at the big-league level. This can happen for a few different reasons.

Sometimes, the guy is well past his prime and doesn't quite know when to hang up the spikes. Other times, the player might just be at a crossroads in his career, having signed with a team that no longer wants him.

However, the vast majority of zero-year cases involve rookies who were traded away before they could debut with the team that originally signed them. That's what we have with this newest inductee.

Seeing as how he is one of the better pure hitters in today's game, I recently decided to start a player collection of Carlos Gonzalez. What I didn't realize at the time was that it opened up the opportunity to chase down a new zero-year card.

Up until recently, I had no idea "Car-Go" was ever affiliated with the Diamondbacks organization. I learned of the existence of this card a couple months ago, and finally found a copy in that flea market quarter bin last weekend.

Though he'd become a terrific hitter, Gonzalez jumped around a bit early in his career. After signing him out of Venezuela in 2002, the Diamondbacks dealt "Car-Go" to Oakland in the 2007 deal that brought Dan Haren to Arizona.

After playing his first 85 big-league games with the franchise, the A's traded him to Colorado (with Huston Street) for Matt Holliday. Seeing as how Oakland only had Holliday for part of the '09 season, I'd say the Rockies got the better end of that deal.

Though injuries have halted his success lately, I think Gonzalez is on his way to a long and prestigious career.

A career that all started with a zero-year card.
Posted by Nick at 5:30 PM