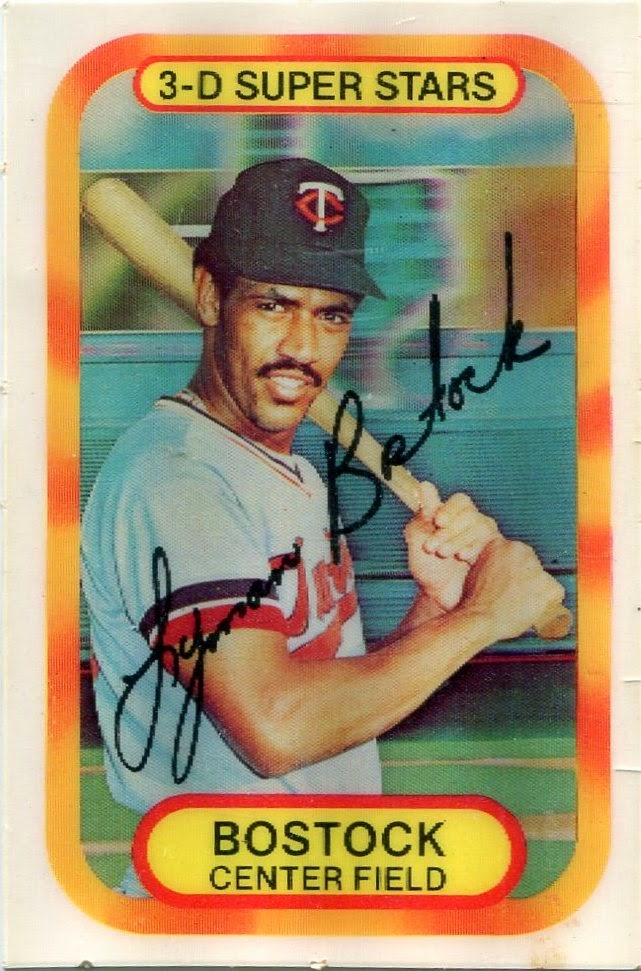 I still can't believe I ignored oddballs for so long.

Only recently have they become an integral part of my dime box experiences.

If they happen to feature a player I collect, great. But I'll buy oddballs of pretty much anybody these days.

The variety of different companies that have released these things is staggering and much more expansive than I originally thought. Everyone from Ziploc to Louisville Slugger produced baseball cards at some point in their history.

From my experience, the one area that seems to be most prominent in the world of oddballs is food. That shouldn't come as much of a surprise.

While it doesn't happen so much nowadays, all kinds of food companies packaged their products with good ol' cardboard for the everyday consumer. As the years have passed, they've made for some of the most interesting oddballs around.

Because of how many are out there, I decided to see if I could put together an entire day's worth of food from some of the best oddballs in my collection. As I found, it wasn't that hard at all.

Though it's dubbed as "the most important meal of the day", I rarely eat breakfast myself.

While the possibility of finding a legendary 3-D Kellogg's card inside, though, I decided to sit down for a nice bowl of Raisin Bran this morning.

Finding this awesome Lyman Bostock single got my day off to a terrific start. 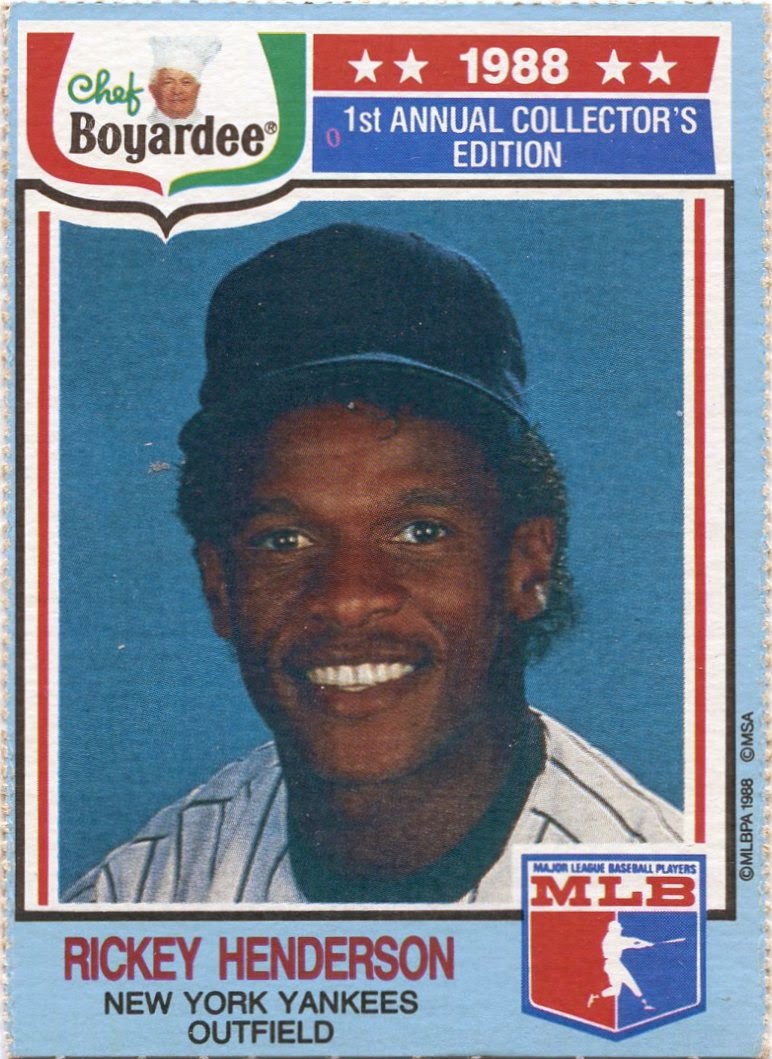 A hearty bowl of Chef Boyardee did the trick. I can't turn down a nice helping of ravioli, after all.

I even found this sweet Rickey Henderson card on the back of the box.

Maybe it's just me, but the pairing of Chef Boyardee and baseball seems especially odd. 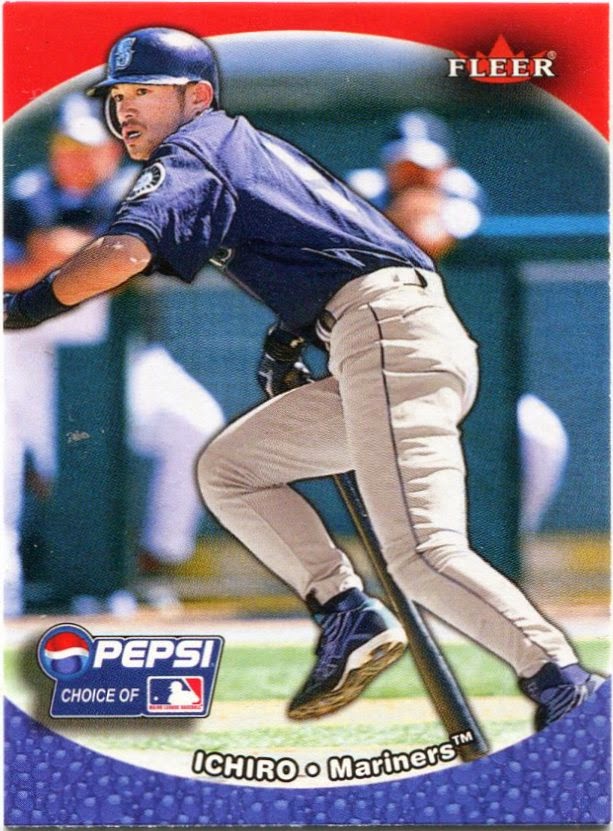 I washed that down with an ice cold can of Pepsi.

Personally, I'm more of a Dr. Pepper or Coca-Cola kind of guy.

But I'll certainly tolerate some Pepsi for a new Ichiro oddball. 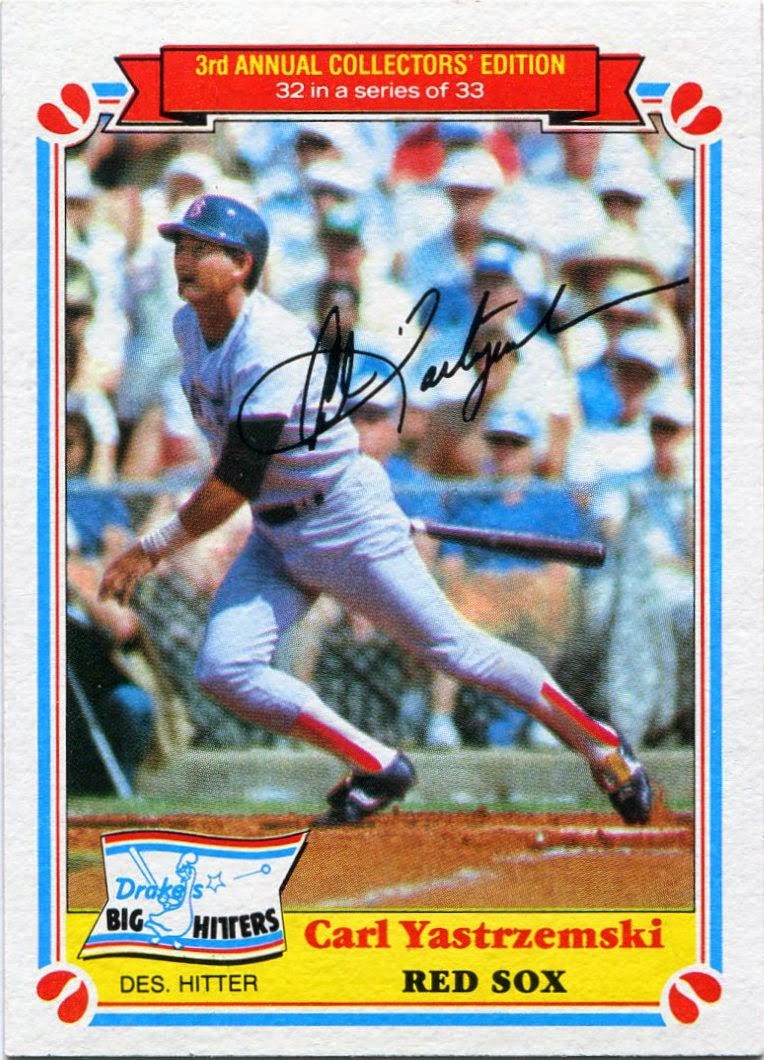 That Chef Boyardee didn't fill me up all that much.

I raided the snack cabinet for a pack of Drake's Coffee Cakes. I've always found these cards to be on the second tier of oddballs. Definitely memorable, but not quite on the level of legendary '70s issues such as Kellogg's.

That said, those coffee cakes really hit the spot.

This one guy wanted a bite of mine, but I turned him down.

I don't really give out bites. 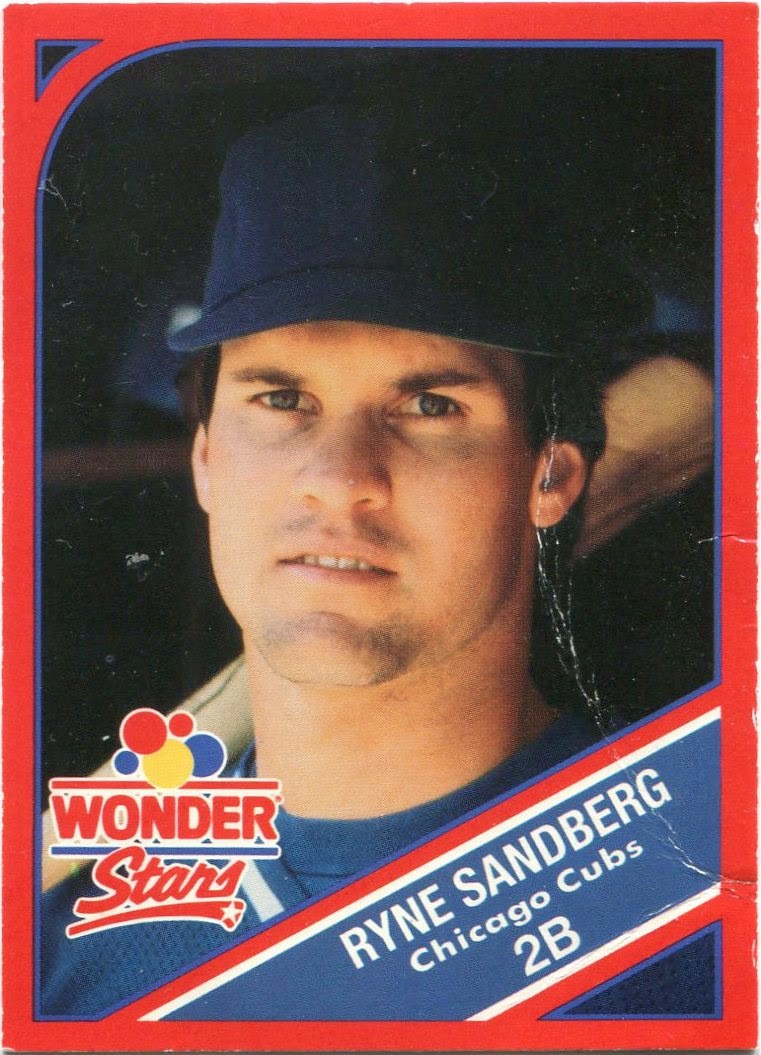 I grabbed my loaf of Wonder Bread... 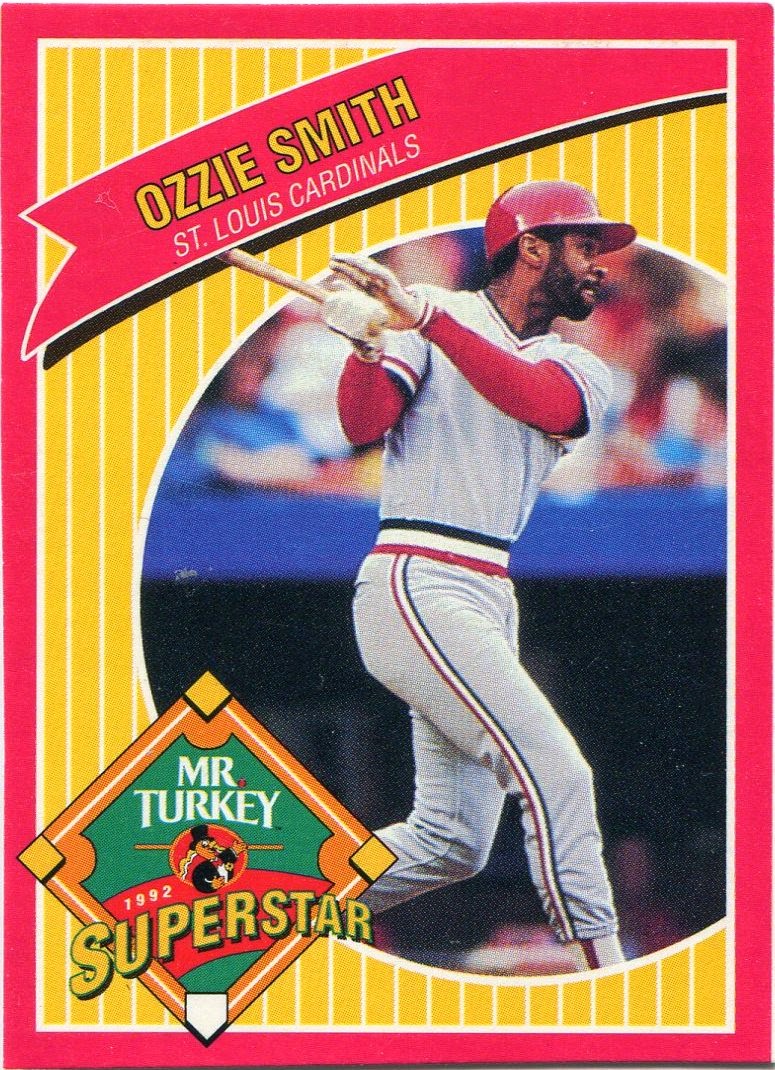 ...and slipped in a couple slices of delicious Mr. Turkey lunchmeat from the fridge.

I don't like mustard, so I ate the sandwich dry. 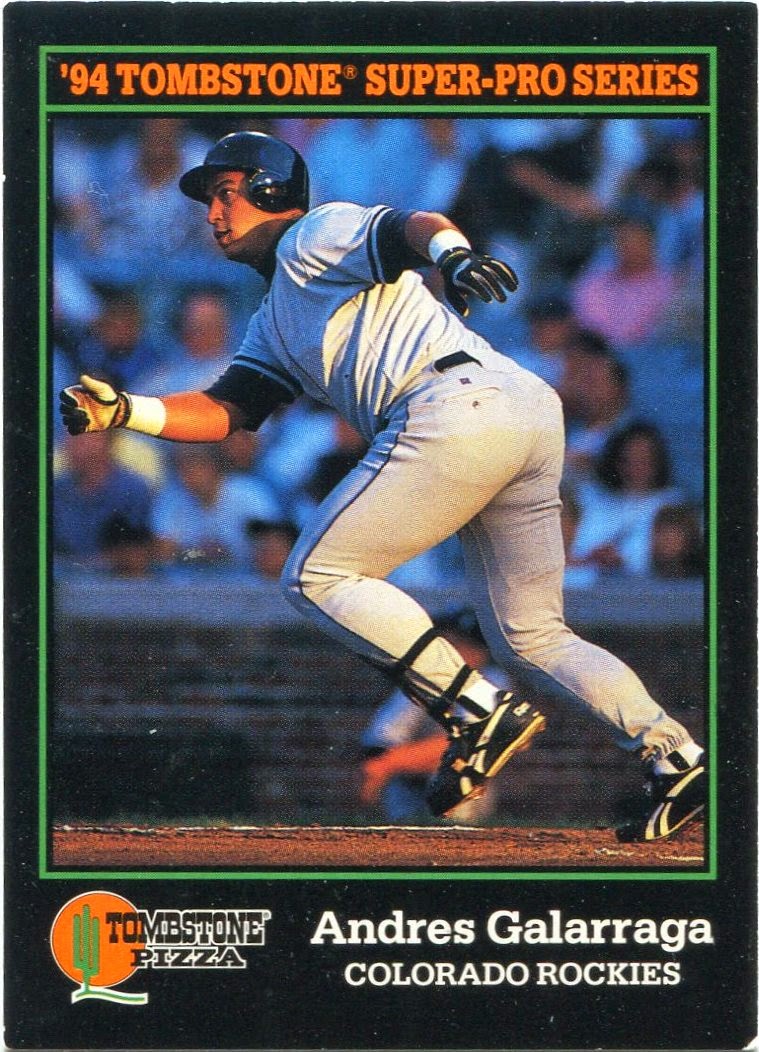 The only thing in my freezer was a Tombstone Pizza.

With pepperoni, of course.

It's no Geno's East or Lou Malnati's, but I guess it'll have to do for now. At least I got a baseball card out of it.

These have a very Pinnacle look to them, if you ask me. 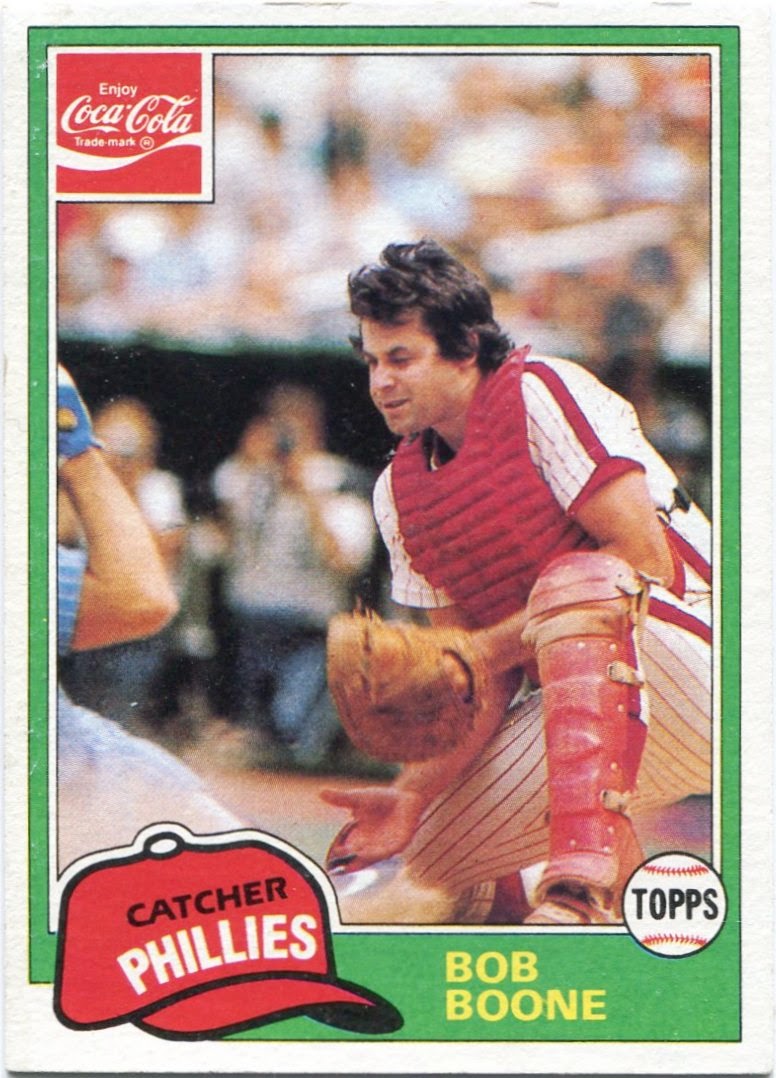 I passed over the Pepsi and fished out a Coke from the fridge.

I'm starting to think I'm addicted to pop or something. 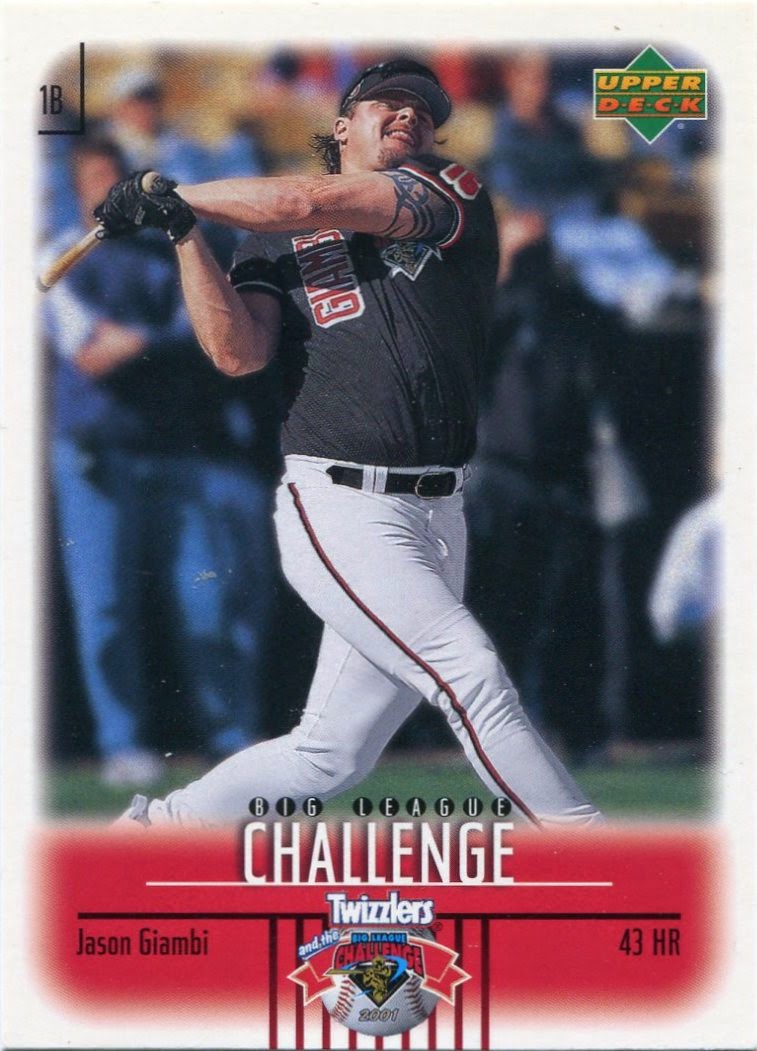 I let my urges get the best of me after dinner.

Twizzlers are a decent snack, but the only reason I bought the package in the first place was to get one of these oddballs.

I pulled a couple red sticks from the bag and plopped down on the couch. 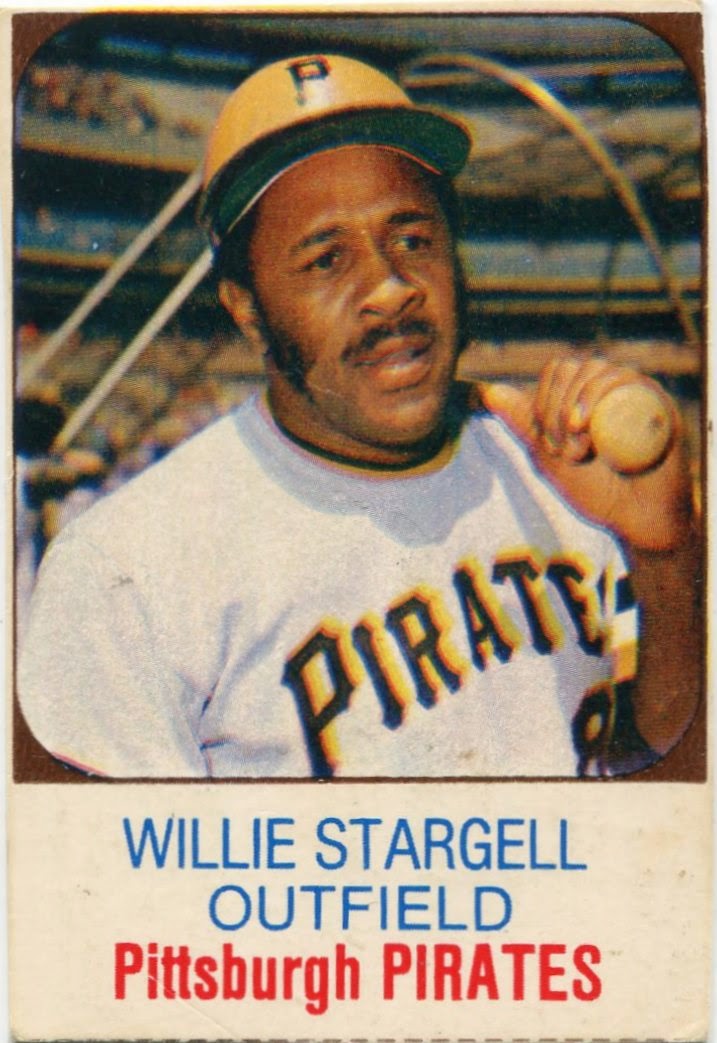 I promised myself that the Twizzlers would be my last snack of the night.

Not long before bed, I found my box of Twinkies in the snack cabinet and indulged in a few fluffy slices of processed heaven.

With these iconic oddballs on the back, I've been going through them like nobody's business.

I went to bed satisfied, with a day's worth of food in my stomach.

Plus, between Wonder Bread, Twizzlers, and Hostess, I had a day's worth of awesome oddballs sitting on my living room table.

I guess it's a good thing I don't count calories.
Posted by Nick at 5:54 PM

You didn't have to eat the sandwich dry. You could have put French's mustard on it!

I absolutely love those Drakes Big Hitters.
Can't get enough of those.

If you ever part with that Rickey Chef Boyardee, let me know. I know a collector who would love it.