There's something about Hoyt 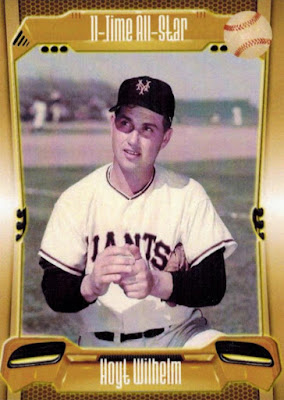 When I started collecting Hoyt Wilhelm, I thought I was the only one doing it because who else would collect Hoyt Wilhelm?

Turns I was wrong, so very wrong -- I've come across at least a half-dozen other Hoyt collectors, and has something of a rabid cult following (Pat Neshek named one of his kids after him). Hoyt's kind of The Big Lebowski of card collecting, and so the obvious question is: what is it about Hoyt Wilhelm, of all people, that draws so much love?

To tell you the truth, I don't really know. There's a certain weirdness to his career -- career knuckleballer, odd-sounding name, long and well-traveled career, etc. -- but I think it goes deeper than that. If you asked me why I collected Hoyt, I don't know that I'd be able to give you a precise reason. I never saw him play and have no personal connections to him...but he's at the very top of the mountain as far as my player collections go. It's been that way for what seems like forever. In the end, Hoyt's just one of those guys who, for whatever reason, endears himself to a select few.

And more than any other single player I've come across, the people who like Hoyt really like Hoyt... 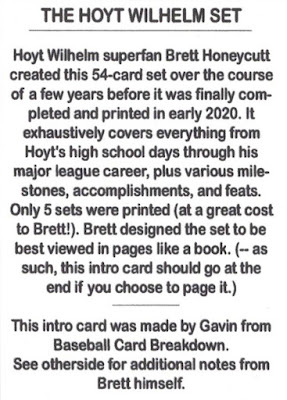 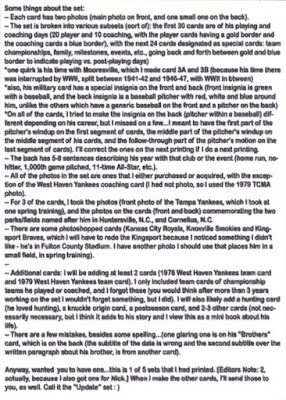 ...and some of them enough to create a complete and insanely detailed custom set of the guy.

Hoyt superfan Brett Honeywell (who runs the excellent Hoyt Wilhelm Fan Page on Twitter) curated, designed, and printed an entire 54-card set entirely devoted to the immortal knuckleballer. It makes sense that he got a little help from the custom aficionado of the blogosphere along the way, none other than Gavin of "Baseball Card Breakdown" fame (and a fellow Hoyt fanatic!). Apparently only a couple of these were intended to be printed, but, knowing my Hoyt fandom, Gavin was nice enough to have Brett print an extra Hoyt set for me, which I received in a Breakdown package recently.

Gavin already posted about this set on his blog, so I'll try to keep my thoughts brief -- I will say that even though I pride myself on knowing a lot about Hoyt and his career, this amazing 54-card set opened up a whole Pandora's box of stuff I hadn't a clue about. 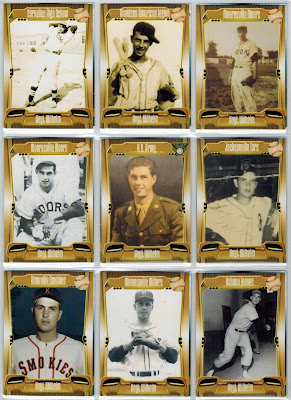 From this page I learned that, despite overwhelming evidence to the contrary, Hoyt wasn't perpetually a 50-year-old man! 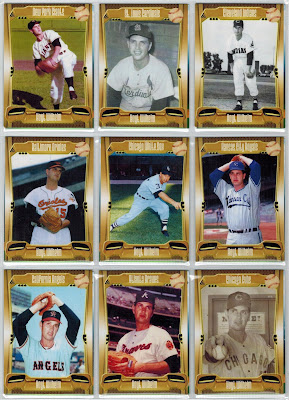 From this page I learned that the latter half of Hoyt's career (which featured perhaps his best years) all began with a waiver claim, when the Orioles claimed him from the Indians in 1958. 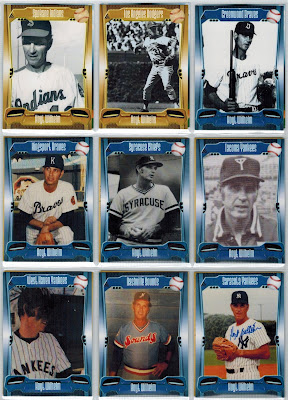 From this page I learned that Hoyt once received a shotgun as a retirement present. 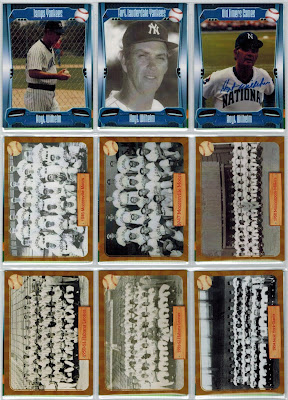 From this page I learned that Hoyt once coached a prospect named Mariano Rivera in the Yankees' chain. 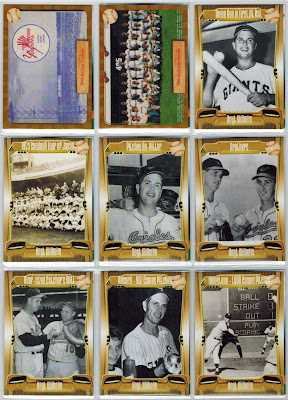 Perhaps my favorite fact of all (and one I couldn't believe I didn't already know) came from this page: Hoyt had a younger brother (Gary) who briefly played in the Orioles' system. 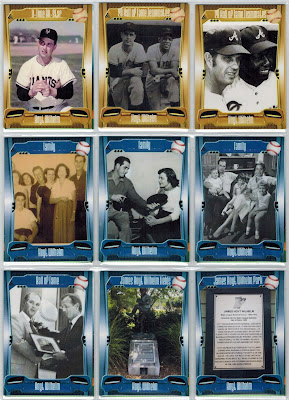 And finally, from this page I learned that Hoyt has two baseball fields named after him, both in his home state of North Carolina.

There may be a lot of Hoyt fans out there, but not many of 'em own one of these sets, which makes it an incredible honor to know that Gavin requested a Hoyt Wilhelm superset for me, and that Brett went through the time and effort to actually do it (thanks, fellas!). 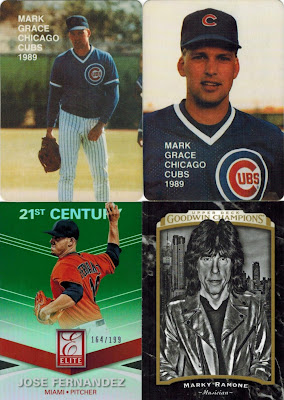 (Gavin also sent a few other cards along for the ride -- which, though great, seem almost parenthetical next to the Hoyt set.) 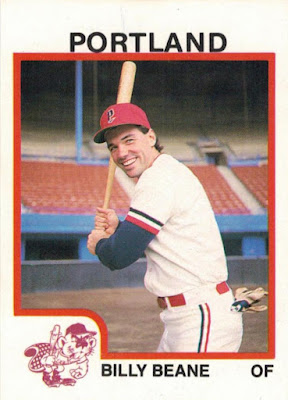 (Also included was a fantastic minor league card of future Moneyball spearhead Billy Beane, a card which may or may not have subconsciously fueled other ProCards purchases a few days later.)

(But even great cards seem parenthetical next to Hoyt.)
Posted by Nick at 6:07 PM

That's a solid package, from Hoyt, to Gracie, to Beane. And a pretty Fernandez, too. Awesome custom set.

All this AND Marky Ramone and his wig!

First reliever in the Hall of Fame?

Looks best in the Braves uniform :). Hoyt is one of my Birthday Binder guys!

That set is certainly a labor of love, and it shows!

Wow. Now that's some serious fanfare. Kudos to Gavin and Mr. Honeywell for producing such a detailed set on Wilhelm's life.

P.S. That Billy Beane is awesome! I really should start collecting his cards, since he's such a key figure in the Athletics organization.

That's an awesome set! Is there a reason for the different borders?