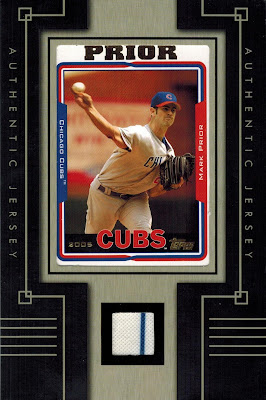 It seems kinda weird to say, but I've been blogging long enough to where I sometimes start thinking about the "good ol' days" of the cardsphere.

While it feels like close to an eternity ago, there was a time when I was a bright-eyed new blogger discovering people who'd been writing about cards years before I ever found the blogs. Sadly, many of those early bloggers I admired have since hung up their blogging cleats and have disappeared from the card community without a trace. A few of those older voices, however, have started to pop up again in various places around the blogs -- whether thanks to the quarantine or whatever else, I'm sure glad to see.

One of those early bloggers who recently put in an out-of-the-blue appearance was Dustin, who ran/runs "Coot Veal and the Vealtones," which is seriously a HOF-caliber blog name (he's also a published author, and that instantly earns brownie points from me). Dustin's blog was a staple for me in those early days, and I fondly remember trading with him a few times when I was first getting into the community -- he sent me my prized 1950 Bowman Enos Slaughter! -- and he recently reached out via email for another trade, all these years later.

And when his package finally arrived, it quickly became apparent that Dustin's trading game hadn't lost a step. 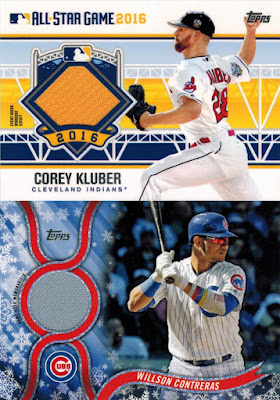 In addition to that strange gigantic Mark Prior relic at the top of the post -- I seem to remember those coming out of repacks many moons ago -- came these two jersey cards of dudes I collect.

It's true that I'm not the biggest jersey-card collector these days, but that doesn't mean I throw them in the air and run screaming from the room whenever I get one -- they're still worth collecting when done right, but I just kinda treat 'em like any other insert. 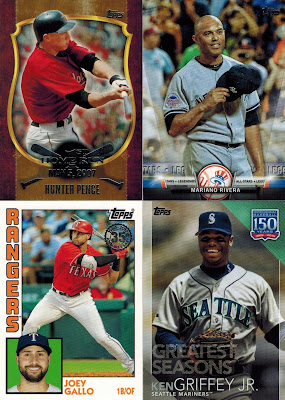 Here's some other more conventional inserts from Dustin, including one of those "150 Years of Baseball" cards from 2019 Topps which I'm thinking will take several lifetimes for me to get all the ones I need. 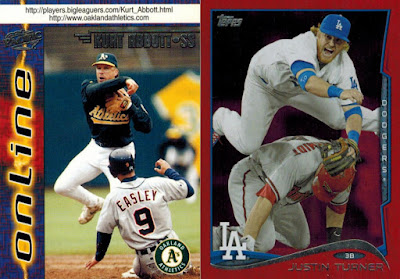 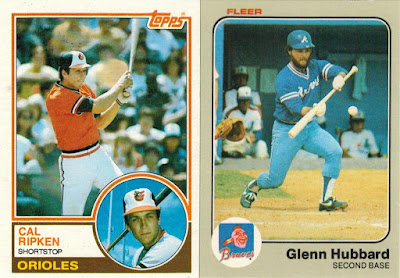 A couple neat '80s cards here -- the Ripken was actually a Dime Box Dozen need that Dustin gleefully took down.

Admittedly, it might be a stretch to label an '83 Topps Ripken as a dime box card, but hey, stranger things have happened. 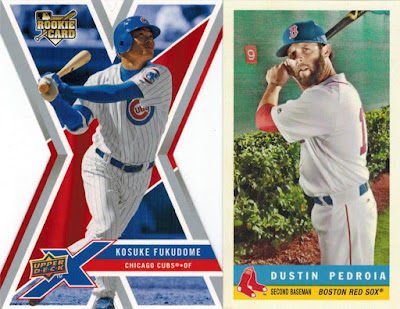 I still have a weird interest in odd-shaped baseball cards. 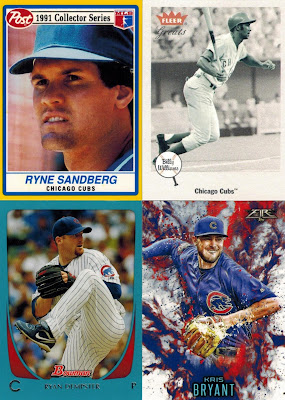 I've been getting a lot of Cubs stuff lately, and while I say all the time that I'm not a team collector, fact is that there's a much higher percentage of me needing random Cubs cards than of any other team. 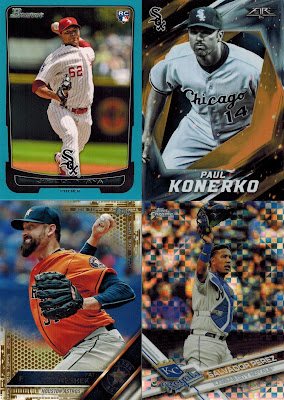 I remain a sucker for parallels. 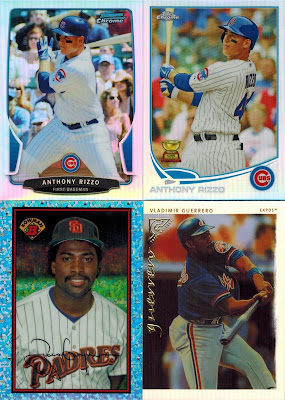 In addition to everything I've already shown, Dustin even managed to do some major damage to my top-tier player collection dudes, including this spectacular quartet of shiny. 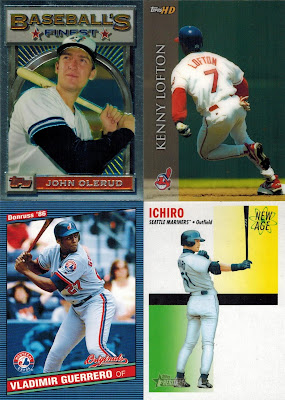 I'd also like to note that I don't think Donruss Originals gets mentioned enough these days -- it's basically Donruss's version of Topps Heritage except, unlike Topps, they didn't reprint their designs to death. 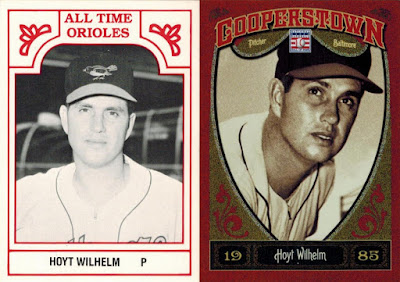 What's more, Dustin pulled off a masterful feat by finding not one, but TWO Hoyts I needed! 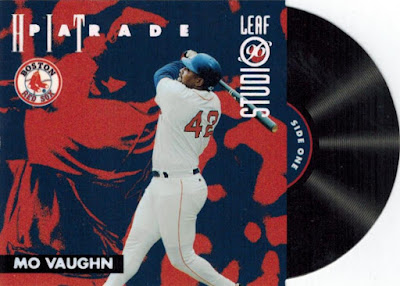 And finally, here's a gosh darn fantastic insert design I've never seen before (which I get the feeling my dad and other record collectors will like) of Big Mo Vaughn, a dude I've recently introduced to my top tier of player collections.

While the cards Dustin sent were obviously awesome, this trade meant a lot to me in terms of just knowing that some of the people I got to know when I was a blogging rookie are still here, still prowling around the blogs. Maybe some things don't have to change.

I love blogging now every bit as much as I did then, but if you're like me and prone to nostalgia anyways, it was awesome to be shot back into the webs of time and trade with someone from the "good ol' days."
Posted by Nick at 5:45 PM

Great stuff from dustin! I bought a box of donruss originals and was a fan. They were supposed to do another set in 2003 featuring their odd year designs but I guess they scrapped the idea.

LOVE the Ichiro & Billy Williams cards.. and of course the Vaughn!!

I've found the 83 Sandberg rookie in a dime box, so who's to say there isn't a Ripken sitting in one somewhere.

I have a few of those Hit Parades. What a great design and perfect for a vinyl junkie like me. I need to check Coot's blog. He's a Michigander! (Do you call these tradencards "Cooties"?) I am 7 years old today!

Voting for the Cal.

I have a Mo Vaughn card that looks like a credit card waiting to go out in a trade tomorrow. Wondering what other quirky cards he had.

And I got the cards you sent me. Thanks.

Those Archives 1959 Bazooka inserts were really, really cool. I flirted with building that set back in the day, but maybe it's more cost effective to just buy a completed one on eBay. The 1996 Studio Hit Parade would be another cool set to own.

I've never seen that vinyl Vaughn before - it's fantastic!