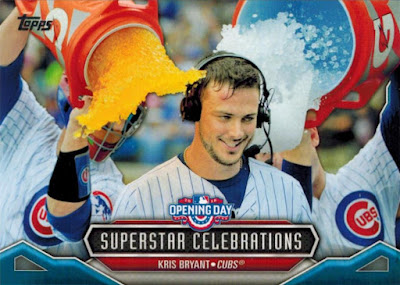 Real quick, I'd just like to note that this will probably be the last Free Card Friday on the blog for a week or two.

Not because I don't enjoy giving stuff away, or because I'm cheap, but mostly because I wanna get caught up on sending out all the cards that've already been claimed. Plus I'm getting to the point where I need to go digging to find more stuff to offer up. If you didn't receive cards during my first batch of mailings, don't worry, I'll have 'em in the mail during the second wave at some point next week! Anything you grab in today's post will go out with everything else already claimed. Also, I still need mailing addresses from the following claimees, which can be emailed to nickpecucci AT gmail DOT com:

bbcardz (I think you said you sent an email but for whatever reason I didn't get it, could you try again? Sorry!)
Jeremy @ Topps Cards That Never Were
Trevor P.

And so, as usual, the above card is up for grabs, as well as any/all of the following: 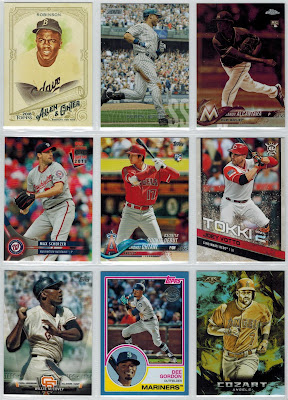 Notes: Remember the simpler times of 2018? Here's a few stragglers from my trade box. Alcantara is a sepia refractor, Cozart is a gold parallel. 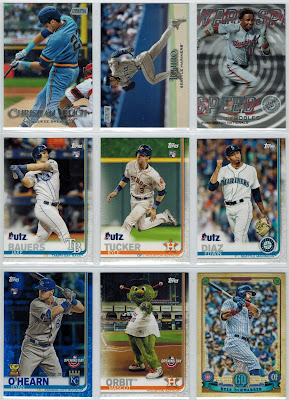 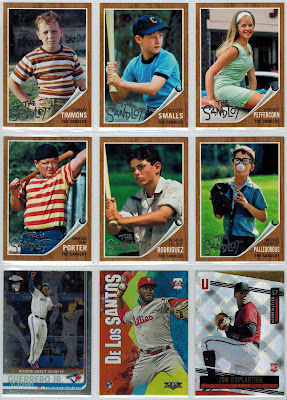 Notes: I think at some point I was trying to hoard as many copies of those Sandlot inserts as I could find, but I abandoned that because I discovered I don't find collecting doubles and triples very fun, so my extras are up for grabs! From the others: Vlad Jr. is an Update Chrome, the De Los Santos is /299, and the Duplantier is /99. 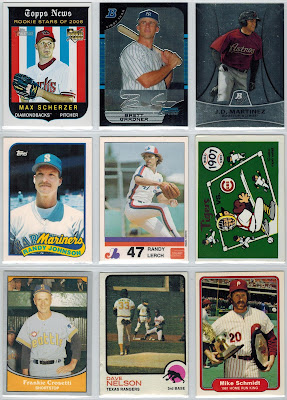 Notes: Random rookies, oddballs, and vintage (including a Pilots card!).

Nothing for me this time around, but I just wanted to thank you on your blog for the package I just received! Lots of dimebox (and more than a dime) goodness!

I'd like 1/6 if it's still available. I need the Votto Player's Weekend variation for my BL master set. Thanks!

Hi Nick 3-8 de los santos and the gatorade kris bryant is not picked. Thanks, Mike

If the Expos card on page 4 is still available, can I claim it please? I can't really tell if it is or not through the comments. Thanks!

I'd like to take a Marlin off your hands and go for Alcantara. Page 1 #3.

Page 2, #7 - the O'Hearn. (Thanks never done this before.) I'll send you my address.
Thanks a lot for your generosity.

Looking through the comments,it looks like the Randy Johnson, A.K.A 4.4, is still available. I would really appreciate it ( I"m collecting/accumulating the Big Unit.)

I'd like to claim the McCovey card (page1 #7) please. Email address is on the way to you.

GTT -- Johnson RC was claimed by Jeff B. earlier, sorry!