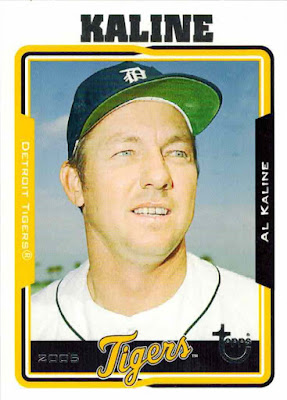 For better or worse, I've blogged long enough to have seen a number of blogs come and go.

Sadly, some of those defunct blogs were ones I read regularly and ones which were run by blogging buddies of mine. The first of said blogs that come to mind is the dormant "Clubhouse Kaz," run by the immortal Mark, a longtime ally of Dime Boxedonia.

While his blog has been in a deep slumber, Mark has still been active within the blogging community, and I've been able to keep in touch with him via Twitter (one of the few things Twitter has going for it). 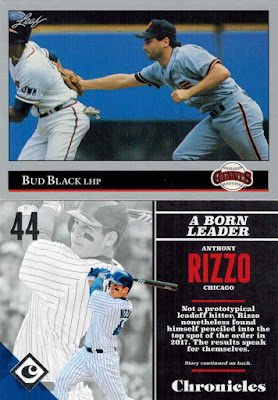 Case in point: Mark recently sent me a surprise mailer of cards (at just about the exact same time I'd sent him a surprise package, oddly enough) that contained a fantastic mix of cardboard, as is par for the course from Mark.

In addition to the excellent Al Kaline at the top of this post (anything from Topps Retired Signature gives me goosebumps) came these two -- a rare pitcher-in-a-rundown shot and a new Rizzo for the archives, which is always appreciated even from the ugliest brands. 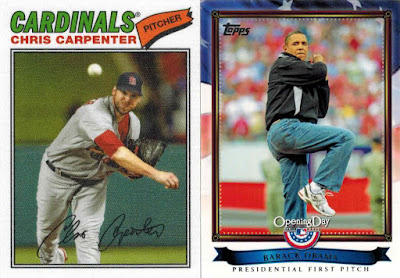 A couple terrific insert randoms here with a '77 cloth sticker tribute and a man who was (I think) the nation's first Sox-fan POTUS. 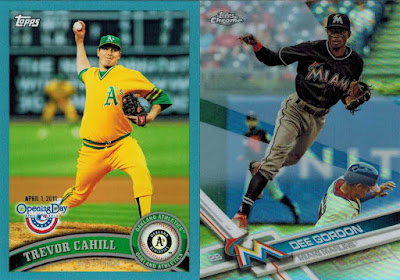 Parallel mini-collection hits, and further proof that the A's really need to go back to those unis full-time. 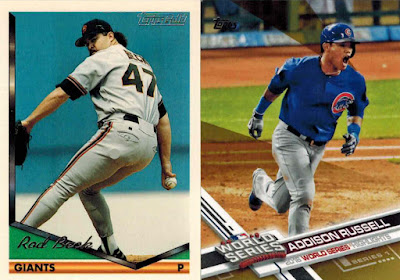 Shooter and Addy (a new sitcom coming to ABC in this fall!). 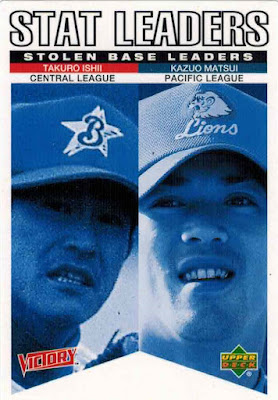 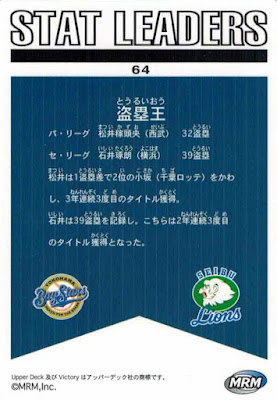 Mark always manages to include at least one thing in every trade package that elicits an audible COOL! from me when I first set eyes on it.

This was the COOL! card this time around: a nifty League Leader single from 2000 UD Victory Japan, which goes well with the kind of unspoken pact I've had with myself to collect any and all Japanese cards I can get my hands on. I know Kaz Matsui well from his brief time in the US, but Takuro Ishii is a new name to me (apparently he was a perennial .300 hitter who had a 24-year career in Japan).

While his blog might not be around these days, Mark himself is still a trading aficionado, and I can't say enough about how thankful I am to still know he's there in the periphery of this great blogosphere.
Posted by Nick at 5:55 PM

Cool Japanese card!..always nice to get one of those!

Yeah, cool Japanese card. I think Ichiro is in that set if I am not mistaken.

Topps Retired! I'm trying to get my hands on those base cards! It's not been going so well. I must have the set. MUST I tell you.

Mark’s a great guy, he and I still keep in touch and exchange cardboard as well.