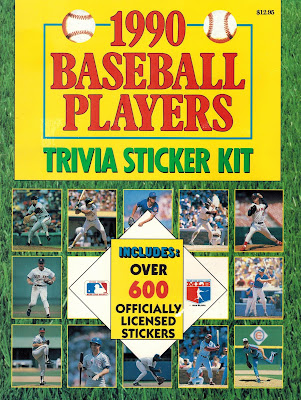 It seems almost trivial to think about these days, but I've been wondering about the status of people's card collections given the general state of the world right now.

I'm grateful, in that my own collection (and life) hasn't been affected too greatly (yet). I'm officially on furlough from work until further notice, but thankfully I have somewhat of a "rainy day" fund to fall back on.  I am, for now, still trading -- I have a lot of cards I'm long overdue in sending out, but I'll be sure to contact those who I have stacks set aside for, just to make sure they're comfortable receiving mail in these strange times (and if not, that's completely understandable).

My collection is still going strong as well. I have a bunch of cards waiting to be filed away from the card show I attended way back in February (which should tell you what my turnaround sorting/filing time is like), and I have a couple small projects planned for after all those cards eventually get filed away (searching and cataloging a new mini-collection, perhaps?). I'm also still getting through pre- and post-virus cards I've received from a bunch of bloggers, the first batch of which comes from John of "Johnny's Trading Spot" fame.

While I've never been much for stickers/sticker albums, it's cool that John sent this album to go along with the reams of stickers he previously sent me from this same set -- might be a future quarantine project, you never know. 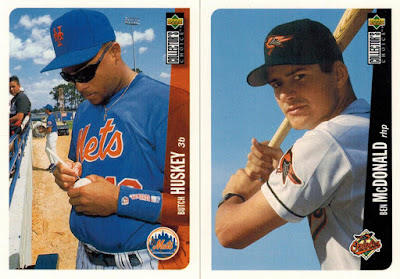 From the cards themselves came these two excellent mini-collection hits -- I'm convinced I could go an entire lifetime without discovering all the greatness Collector's Choice gave us. 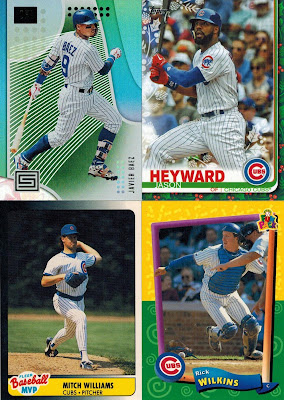 I've said it many times before: I'm not officially a team collector, but I'll certainly take any extra Cubs people have lying around, since there's a higher chance I'll need 'em than, say, a stack of Rangers cards or something. 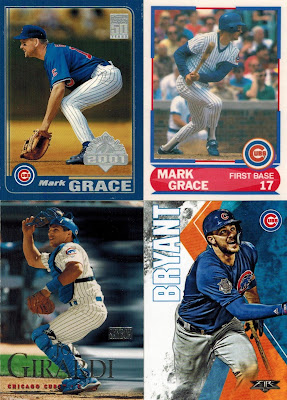 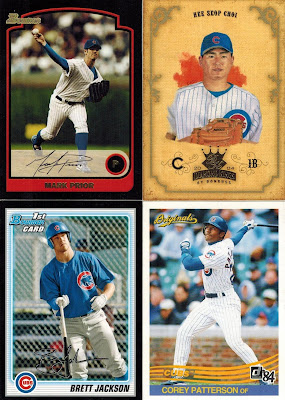 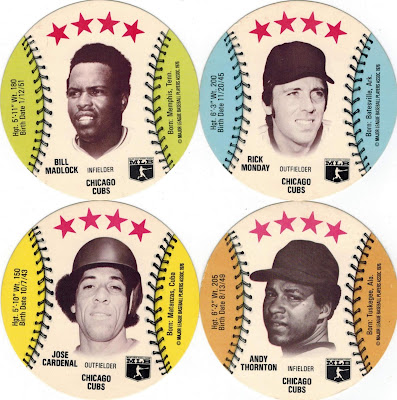 Madlock and Monday and Cardenal are cool, but I'm probably most excited to see that rare sighting of Andre Thornton as a Cub (I still need to find binder pages to accommodate these). 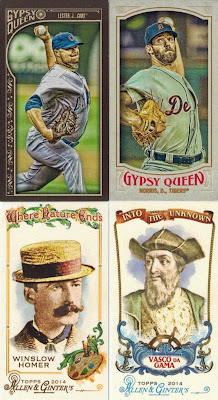 I also participated in one of John's many Big Fun Games recently, and was lucky to walk away with a prize pack of minis.

Ain't every day I get a baseball card of Vasco da Gama in the mail. 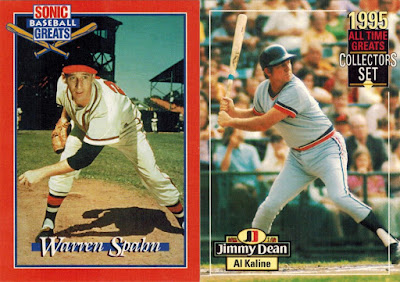 But in a weird case of serendipity, that's not the only John I've received cards from lately -- I also took advantage of a "Free Card Friday" promotion held by Jon of the excellent "A Penny Sleeve for Your Thoughts" blog not long ago.

I don't take advantage of as many of these free card offerings as I probably should -- something about my introverted personality -- but come on, I really can't refuse oddball food issues of HOFers when you offer 'em up for nothing! 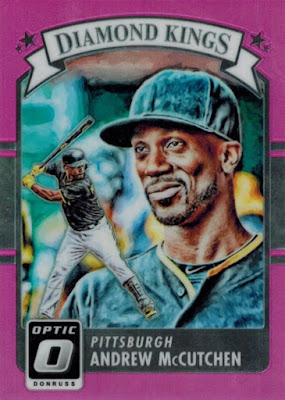 Jon was even nice enough to send this free surprise along for the ride with the others -- still love seeing pink on my baseball cards. 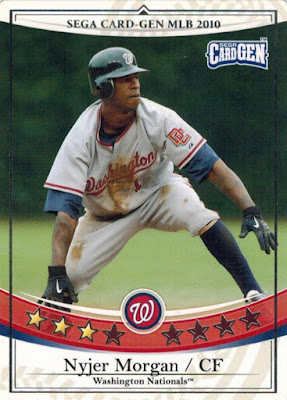 I also received a couple PWEs from Zippy Zappy of "Torren' Up Cards" recently which served as a kind of postscript to one of the greatest trade packages I've ever seen as a blogger.

Adding to the madness was this Card-Gen(!) of Nyjer Morgan -- not sure Mr. Zappy knew it, but Morgan's one of those relatively obscure guys I enjoy collecting (didn't seem like a very popular dude in his time), which makes this a joy to add to my binders. 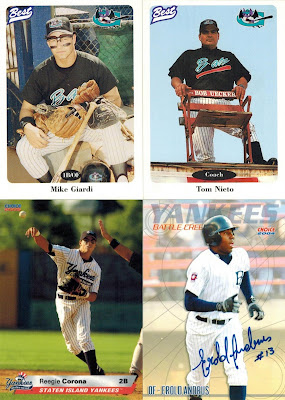 A Zippy Zapping is always good for a few minor league cards I'd have zero chance of finding anywhere else, particular favorites being the Mike Giardi (which I've been misreading as Girardi up until now) and that mysterious Bob Uecker-named seat. 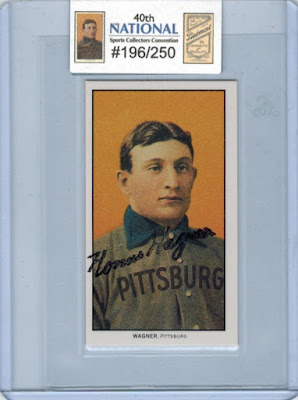 I didn't go to the 40th National (held here in Chicago just last year), but at least now I have a memento from it: seems as though this was an exclusive giveaway of the famous T206 reprint, complete with a facsimile autograph of the Flying Dutchman himself.

Cards and packages like these really make me wonder where my collection would be without trading -- I do what I can with dime boxes and such around here, but one collector can only do so much. I highly doubt I'd be able to find Japan-issued cards or regional food issues or sticker albums on my own. Just as I hope to open the collections of others to my world through whatever trade packages I can cobble together, my collection is forever indebted to the worlds you've introduced to my collection.

So, for now, I'm still trading, still collecting, still here -- it's all I can do to fight the quarantine.
Posted by Nick at 5:54 PM

I haven't sent you anything in a while, last year was kinda an off year. I'll have to see what I can pull for you.

Vasco da Gama!?..i'm sure he'd be thrilled he FINALLY got a baseball card,haha!

Right now I have nothing but time on my hands so I have been blogging more and going through my collection. Hope you stay safe and sane.

That McCutchen card is sweet.

My students and I always do this Life Project to wrap up their 8th grade year... and I always tell the how important it is to tuck some money away for a rainy day. This year's lesson will be a little different, because I'll be teaching it online instead of in person. But this social distancing thing is going to be one heck of a teachable moment for me and my kids.

P.S. That Wagner is really cool.

Uecker always has the best seat in the house!

Ha - that Nieto card is great!

I just had that old urge to bust a box of Best. I never did, likely never will but shots like Giardi and Nieto make me need to!