The know-it-all doesn't know it all 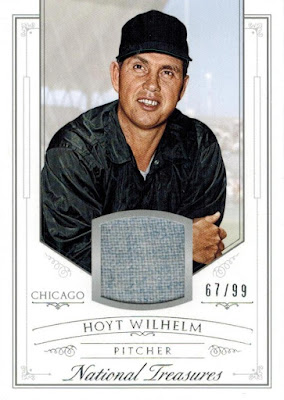 I can, admittedly, have a tendency to be a bit of a know-it-all when it comes to baseball cards.

When the usual my-cards-are-worth-a-million-dollars thing comes up in pop culture or on Craigslist or wherever else, my reaction is less Oh no, they think their '88 Topps set is worth something... and more HAHAHA, THEY THINK THEIR '88 TOPPS SET IS WORTH SOMETHING! This isn't limited to non-collectors. Often I'll see someone post a card I've long loved and admired on the blogs or Twitter (the famous '84 Fleer Glenn Hubbard comes to mind), and once in a while it'll get a comment along the lines of Wow, I've never seen this card before! My initial thought is usually What kind of rock have you been living under?!

I'm not proud of this. People who don't collect would have no way of knowing their '88 Topps sets are landfill material, and people who do collect haven't had time to examine every card ever made. Moreover, I'm sure far from perfect myself. Despite having collected for about two decades now, I know there's still so many nooks and crannies out there I've yet to discover, ones that may well produce laughter from other collectors.

Case in point: I'd never heard of a set called National Treasures (apparently produced by Panini) until Brian of the excellent "Highly Subjective and Completely Arbitrary" blog dropped this stellar Hoyt relic on me. 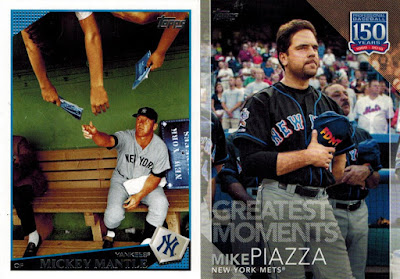 These are both obviously mini-collection hits, but the Mantle sure had me stumped.

I was collecting full throttle in 2009 -- right in the middle of Topps's love affair with Mickey Mantle -- but I'd never once seen that particular card, which turns out was exclusively issued in Yankee team sets that year. 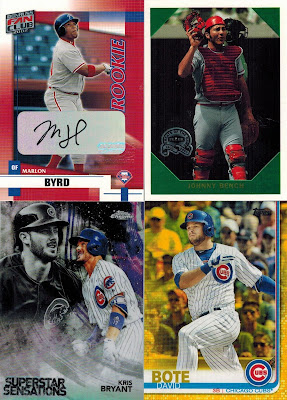 These are all needs from Brian (even the Marlon Byrd, though I've scaled back my collection of his for reasons I've previously discussed), but I'm also reminded that I didn't know Walgreens made exclusive parallels until very recently, far after most people probably heard about 'em.

I've checked a couple Walgreens in the time since that discovery (no luck), and the Bote is the first of those exclusive yellows I've added to my collection. 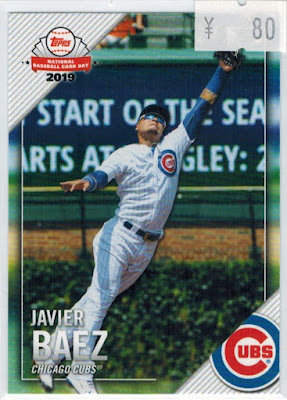 I also have no clue how a ballpark giveaway made it from Wrigley Field to Japan to the US again and into my mailbox, all in the span of a few months.

This well-traveled Baez -- issued as part of a National Baseball Card Day promotion at the Friendly Confines earlier this summer -- probably has quite a story to tell, and it came my way thanks to a glorious Zapping from Zippy Zappy of "Torren' Up Cards" fame. 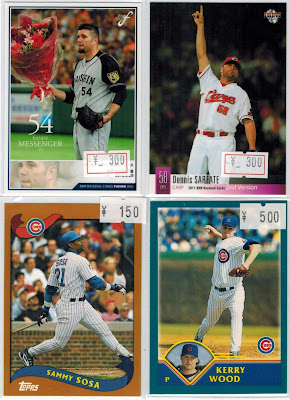 Many of the cards in this Zapping still had their original price tags in Yen on the penny sleeves, which I thought was so cool that I scanned them that way.

I'd say a good 90 percent of the Kanebos and BBMs I own came via Zappings, and this package stuck with the trend (gaijin BBMs especially rule!). 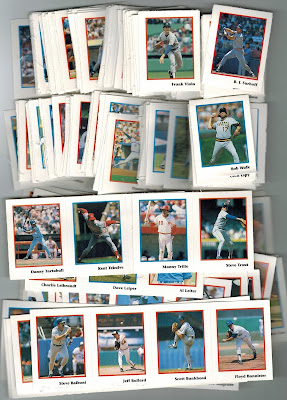 Also, here's a big pile of stuff from the generous John of "Johnny's Trading Spot" that stumped the know-it-all.

These are all tiny, sticker-like, feature quite a few scarce Short Term Stops (including Manny Trillo and Kent Tekulve as Reds!), and came in both complete panels and individual singles from John. My first question: What the heck ARE they?

A little internet sleuthing uncovered the answer: they're from a 1990 oddball set called Publications International -- and though they're a bit too small for me to comfortably store in my nine-pocket pages, I'm still glad to have 'em if for no other reason than the research they made me do. 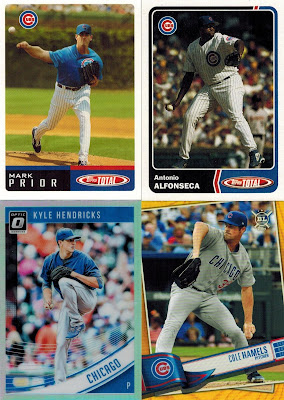 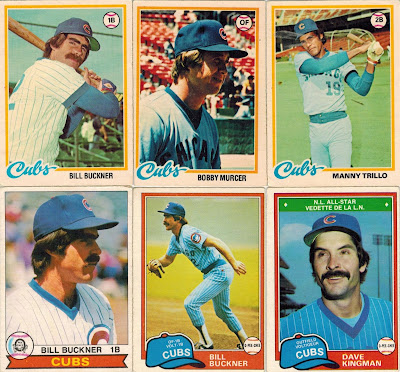 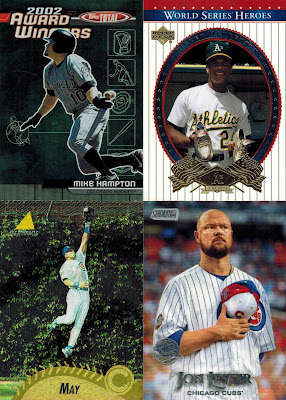 Mini-collection hits abound from John, including a sweet '90s Dufex sighting and a Members Only parallel from this year's Stadium Club. 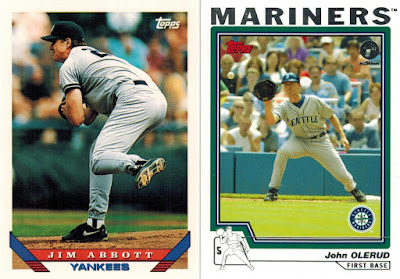 I'm not even sure how those 1st Edition parallels were issued -- nor did I actually see any when I was collecting in 2004 -- so I can understand why I still needed that Olerud.

But given how long and how passionately I've hoarded Jim Abbott cards over the years, how I didn't already own that fairly common '93 Topps Traded single is beyond me. 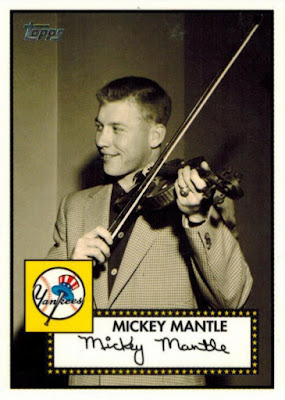 Maybe, just maybe, this post's strange accumulation of sets I've never heard of, oddballs I've never seen, and photos I can't explain might help curb my occasional know-it-all pompousness -- I guess I'll just have to let you know what happens next time I see someone trying to pawn a set of '88 Topps for five hundred bucks.
Posted by Nick at 5:30 PM

I'll send the the sticker album for those suckers next time.

That Mantle on fiddle is fantastic!

Seriously, go to the Trading Card Database, and just scroll through the listings and galleries for random players and teams. (whatever you're thinking about at the moment). You will find tons of cards you never knew existed. It may cost you money because you WILL find things that cause a trip to COMC, Ebay, etc. I speak from experience. There's over 3 million cards with scans already, and averaging 2000 more posted every single day.

I don't mean to make you doubt your knowledge any further, but I'm pretty sure Baez was part of the packs that were given away for National Baseball Card day, because I pulled that card myself out of a pack that the LCS in Japan gave to me.

I bet a certain someone is drooling over that Publications International Bob Walk .

There's actually a stadium version for every card in that set and an LCS exclusive version. The only way to tell yhe difference is the numbering on the backs I think.

I remember '88 Topps very well. Those cards were everywhere. Dealers couldn't sell a complete set if it was free. And believe it not, '88 Donruss was worse. I think people actually threw '88 Donruss sets into their furnace to help them keep warm.

My son and I actually own a pawn shop. I work there on most Fridays, so my son has people who want to pawn collectibles come in on Friday's when I am at the shop.

On any given Friday, I might see 15-20 assorted Junk Wax error factory sets from Fleer, Donruss, Topps that have missing cellophane or missing cards.

The person trying to pawn these items always mentions that they paid $20, $30 or even $50 back then for these sets.

I of course have to break the news that they are not worth more than a couple of bucks.

I've seen that Derrick May Pinnacle card on another blog... and it is fantastic. Possibly frankenset worthy ;)

Those stampy things look about the right size to put in 12 pocket sheets.

Whether they'll admit it or not, I think that everybody has those moments of snobbery, I myself am prone to them when it comes to movies and television.

That card of Mantle in the dugout was one of the first newer baseball cards that I saw (and got) when I came back to collecting. It gave me the impression that Topps had really upped their game since I had left, I'd find out later that this wasn't the case, and that that card was just an anomaly.