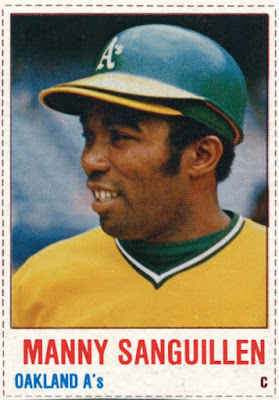 I grew up watching a lot of Nickelodeon as a kid -- Rugrats, Hey Arnold!, and many others were must-see TV -- but one particular program sticks in my mind to this day.

Every once in a while, Nickelodeon would air a segment where they'd let one lucky kid loose in a toy store, allow him/her to run through the aisles and grab anything they wanted from the shelves, and -- here's the kicker -- they could keep everything they'd picked out...as long as they made it back to the finish line before their allotted time was up.

I'm headed to the National this coming Saturday, and best I can describe it, that Nickelodeon show kinda sums up how it can feel pacing through that giant convention hall with all that stuff on either side of you (though the items I pick out will most assuredly NOT be on the house).

But a while back now, my buddy Robert of "$30 A Week Habit" granted me a kind of virtual toy store run, thanks to a super generous contest he held on his blog. 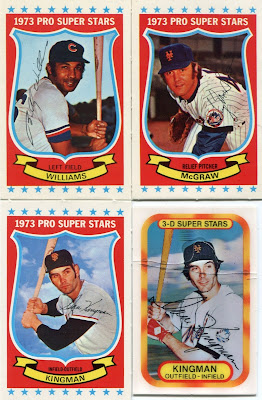 I was one of two winners of Robert's contest, and the prize just about made me salivate: all for leaving a comment on his blog, I won myself $20 in COMC credit on Robert's dime(!).

I've personally never ordered from COMC, but I've gone through their site enough to know that they have virtually every card on the planet over there. Hence, the kid-in-a-toy-store comparison.

So with twenty free bucks and COMC's inventory at the ready, where does one even start? Personally: I began the journey with a trip through '70s-oddball-land. The above Manny Sanguillen is a Hostess card I can't believe I'd never seen before, as it's one of the few to document his brief stint with the A's.

This Kellogg's quartet became mine for pennies on the dollar, and I can even look past the non-3-D designs if it means adding names like Tug and Billy and Kong to my collection on the cheap. 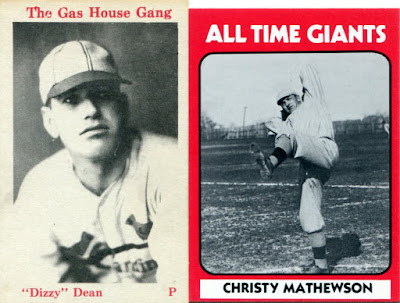 The more contained '70s oddball run gave way to a frantic search for just about any oddball from any doggone era, and that's how I wound up with these two TCMA gems.

The slightly oversized and rather young-looking Diz is part of a set that honors one of my favorite clubs in baseball history, the '34 Cardinals -- better known as The Gashouse Gang.

The Mathewson is simply a great card that caught my eye during a random search, as is the beauty of uncontrolled scrolls through the COMC inventory. 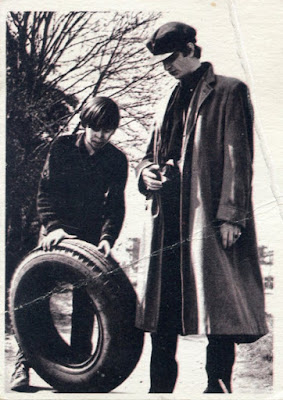 From there, I chose to veer from the beaten path of baseball and become a deserter.

I had the zany idea of adding a new card to my Beatles collection with Robert's twenty-spot, and this was the cheapest one I could find -- Ringo in the moments before he became a troublemaker in A Hard Day's Night. 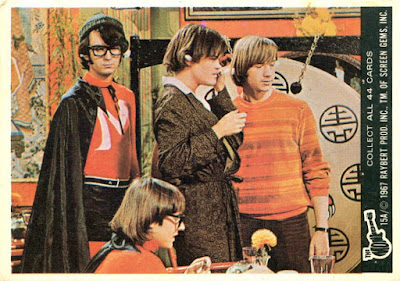 But then one thing led to another, and the cheapest Monkees card in the COMC inventory soon wound up in my cart as well. 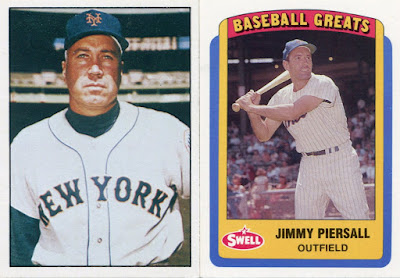 After that brief interlude, it was back to baseball cards, and specifically to two Mets you don't often associate with being Mets.

That's Duke Snider on the left, pictured on (yet another) TCMA oddball during his lone season with the Mets in 1963. Jim Piersall was also briefly a Met in '63, a 40-game stint that was sandwiched between time with the Senators and Angels that same year.

And here I was thinking I had all the Swell cards I needed by now. 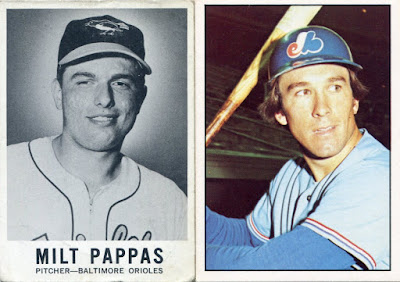 Oddballs, as you can see, were pretty much the name of the game here.

I stumbled into becoming somewhat of a Milt Pappas supercollector -- I realized not too long ago that I'd unwittingly accumulated all of his Topps cards. Nowadays, I'm on the hunt for other oddities from his playing career, including that '60 Leaf issue which I snagged for loose change.

The SSPC Gary Carter was actually the very first item I added to my cart after I learned I'd won Robert's contest: I'd been admiring that one from afar for far too long now. 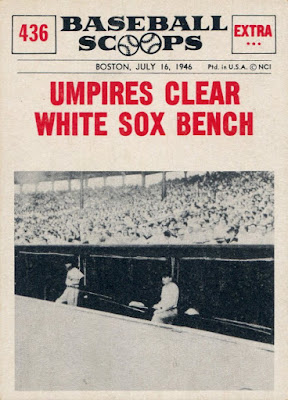 Everything I've shown thus far accounted for about half of the $20 total I won from Robert -- the other half of the order consisted of just two cards (a "splurge," if you will).

I'd put 1961 Nu-Card Scoops up against just about any other oddball set ever, in no small part because the checklist features many of the more curious and obscure feats in baseball history. Like the time an umpire ejected 14 (yes, 14) White Sox in a single game in 1946.

Fed up with frequent razzing that day -- yet unable to pinpoint the responsible party -- ump Red Jones jumped to the logical conclusion of throwing out every single person in the Sox dugout other than the manager and trainer, fourteen players in all. Trouble was, it was only the 5th inning, so the nine White Sox in the field at the time were forced to finish the rest of the game without substitution. 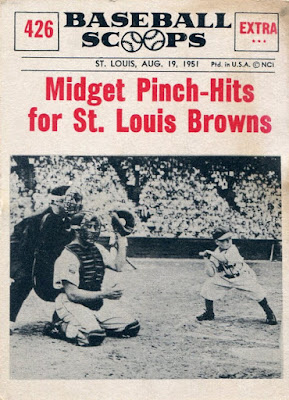 ...then I don't know what to call the time Bill Veeck sent a three-foot, seven-inch man to the plate to take an at-bat for the St. Louis Browns.

You probably know the tale of Eddie Gaedel by now, and even if not, you've probably seen this photograph at some point. It's one of the more unexpectedly memorable snapshots of Baseball Americana, and this is actually the first baseball card I own that features it. Not surprisingly, it's been on my bucket list for a long, long time, and I figured I'd end all the longing with the house money Robert let me play with.

So that's what happens when you let me run wild through the virtual aisles of COMC, a journey of sheer bliss made possible by a little luck on my part and an insane amount of generosity from Robert.

I wasn't in front of a mirror at the time, but I have to imagine I looked a little like this.

Looks like you had a blast from the past.

Nice haul for a $20-spot Nick! I always enjoy seeing how different collectors approach COMC. Have fun at The National!

Glad you enjoyed your haul!! I just gathered a few more cards for you that I'll send by
the end of the week

Super Toy Run!!!..sorry,I still can't get my head around the fact that you're old enough to be nostalgic about anything!

That Gaedel card is one of the greatest cards ..I always wondered why it wasn't a bigger deal at the time why didn't Veeck promote it more? so many questions.. the photographers used to be right on the field yet i've only seen a couple of pictures of him at bat..one of the crazy baseball events which makes the history of the game so great

Nice pick-ups. That running through the toy store reminds me of the late 70s and early 80s before CDs came onto the music scene. A local record station in conjunction with a local record store had a "record run" contest. It was the same type of contest run you described. I think the station was at 101.something FM and the runner had 101 seconds to grab as many records as they could and get it to the cashier area, or some designated dumping zone in that short amount of time. I think it was a summer event done annually for a few years with a couple of different record stores over the years. The size of the store was a factor.

Have fun running through the aisles @ the National. Love the Eddie Gardel, the SSPC Carter, and the Hostess Sanguillen. Great stuff.

I added several cards to my own wantlists... I think that tells a lot about how much I like the cards you got!

Have fun at the National... I'm extremely jealous!

Many of us will be living vicariously through you at the National. Have fun!

Great stuff from Robert as usual!

can't wait to see what you pick up at the Natl! Watching others shop is saving me $$$$! And for what it's worth, I am still a kid. 50 years hasn't changed me at all.