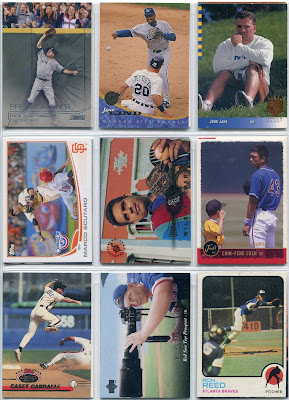 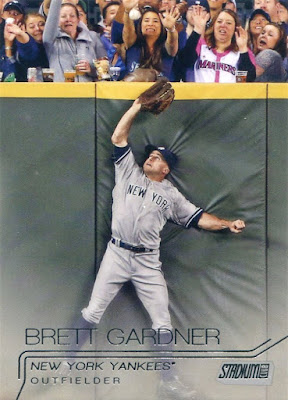 I think the reason(s) I love these "at the wall" shots so much are the fans' faces. 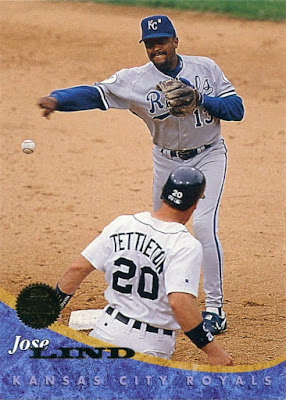 Talk about a perfectly timed photo: look at the laces on that baseball. 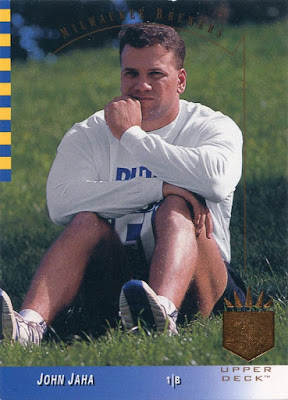 John Jaha, seen here sitting on the quad during his days as a college hipster. 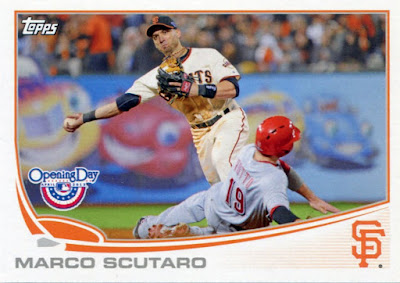 Double dipping with funny cars in the background. 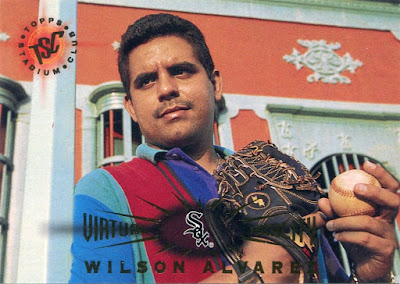 Wilson Alvarez pictured in (what I assume is) his native Venezuela. 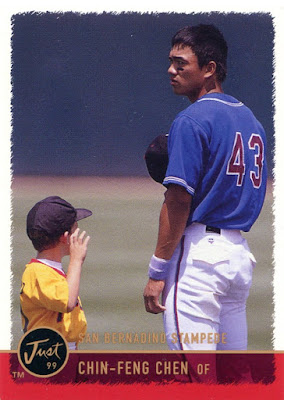 A rare crossover mini-collection hit, with both my "anthemic" and "cards with kids" themes represented. 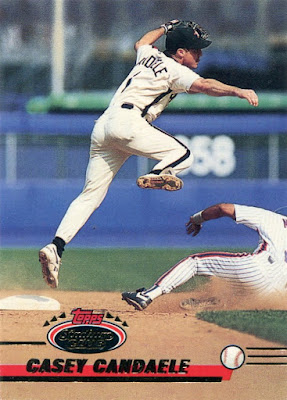 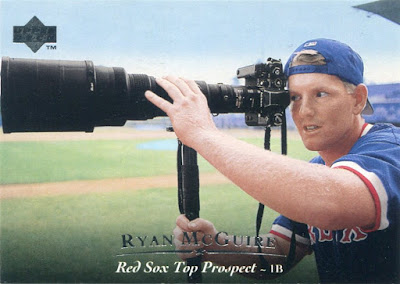 There's something highly postmodern about photographs of people taking photographs. 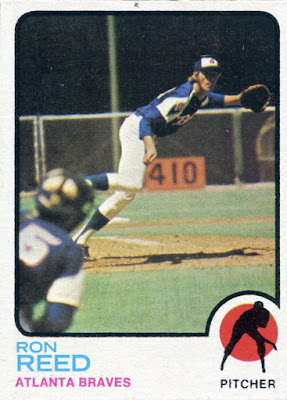 Crooked photo, wicked follow-through: the off-kilter nature of this shot is so quintessentially '73 Topps.

I'll go with the young fan taking the field for the San Bernadino Stampede(?) here.

Marco Scutaro wasn't yet a Giant during the team's lone regular-season homestand against the Reds in 2012, so it seems likely that this double dip comes from that year's Giants-Reds NLDS.

Specifically, I'm almost confident in pinpointing this moment to Game 2 of the 2012 NLDS -- played on October 7, 2012 -- when Joey Votto's 5th-inning single was negated by a ground-ball double play by the next batter, Ryan Ludwick.

Though the Reds pounded the Giants that night, 9-0, San Francisco would get the last laugh, winning the NLDS in five games on their way to their second World Series crown in three years.

I'd say about 95 percent of my Spanish vocabulary is made up of the lyrics to "La Bamba" (the other five percent are mostly curse words). 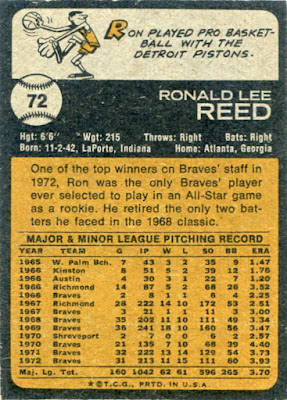 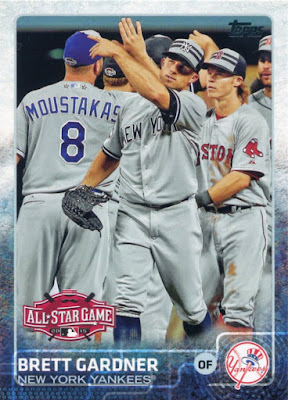 A terrific post-ASG high-five shot (despite the ugly-as-sin pillbox caps), and a fitting one considering this year's Midsummer Classic took place earlier this week. 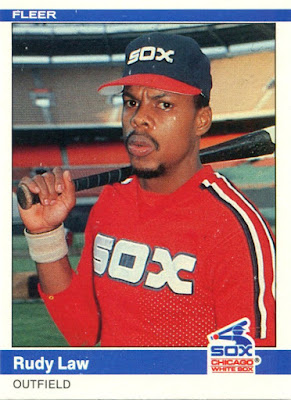 While the Scutaro is a fantastic postseason double dip, Rudy Law maintains his stranglehold on the #67 slot in my inaugural frankenset...in no small part because I'm scared Law might personally come to my house and strangle me if I replaced him. 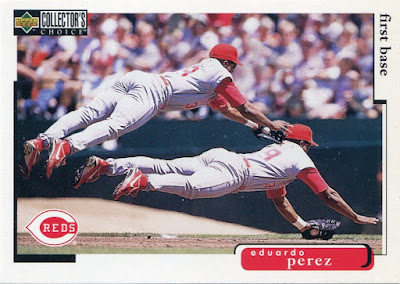 The Perez has a lot going for it: it's a terrific multiple-exposure shot from the nostalgia-inducing days of Collector's Choice.

But I sometimes wonder if '73 Topps is like that freakishly tall and/or strong kid most of us played against in Little League, the kid who'd have to hold something back in order to not completely destroy us mortals. Am I easing back on the '73 Topps -- a set that could almost be a frankenset unto itself -- in order to give other cards a fair shot?

Perhaps so, perhaps not, but Eduardo Perez gets the #72 slot in my inaugural frankenset.

For now, Ron Reed will have to live with being my favorite from this week's Frankenset Redux group of nine, the second straight week in which the lone '70s card of the page has earned the crown.

(P.S. -- In honor of National Give Something Away Day, the first person to leave a comment on this post (US only, sorry) with their favorite card from this week's page will receive a little something special from me.)
Posted by Nick at 3:00 PM

Love the Frankenset posts. Keep up the good work.

I think I have to go with Wilson Alvarez. It has just enough 1992 Bowman in its DNA.

I'd go with the Jose Lind if we were still voting. Beautiful photo.

Another great batch Nick, and you are so right about '73 Topps!