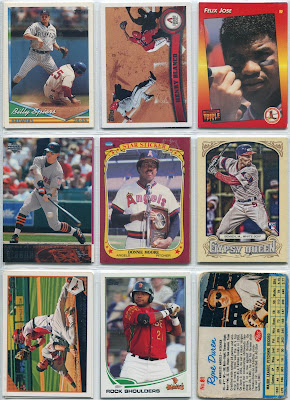 (My busy Saturday didn't leave any time for blogging, so here's a frankenset post that you'll likely be reading while I'm fighting the doldrums at work here on Sunday.) 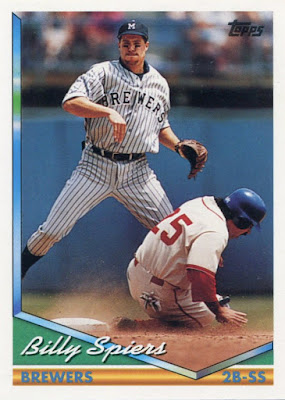 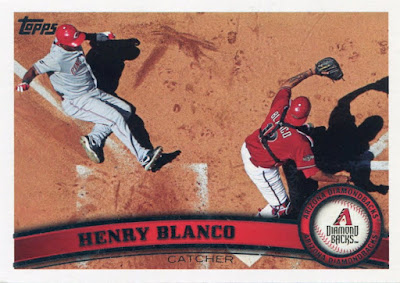 A true piece of cardboard art. 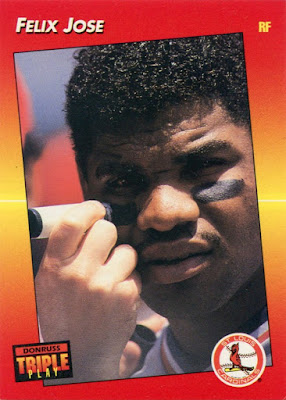 That eyeblack isn't going to apply itself. 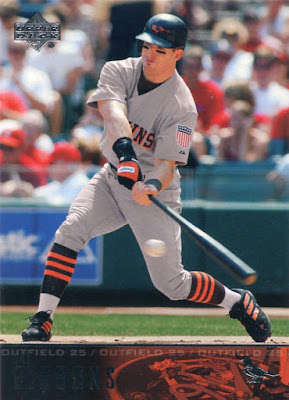 The only thing better than a throwback is a throwback to a defunct team, as we have here with the Orioles honoring their St. Louis Browns heritage. 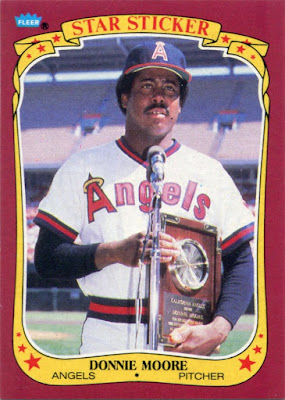 Another rare mini-collection combo, this time with a speech/award pairing. 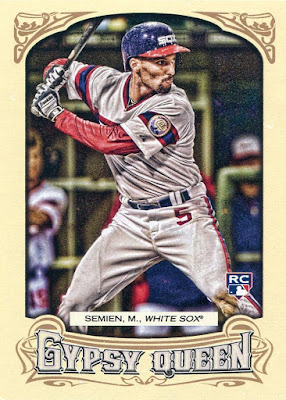 Throwing it back to the days of the beer-league Sox uniforms. 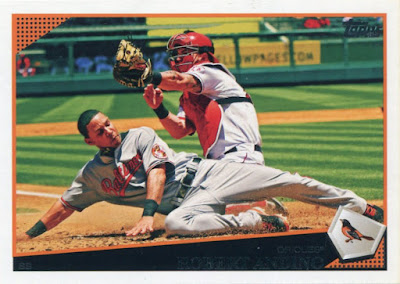 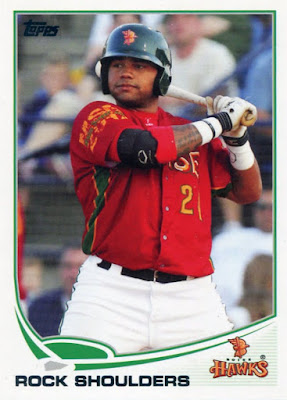 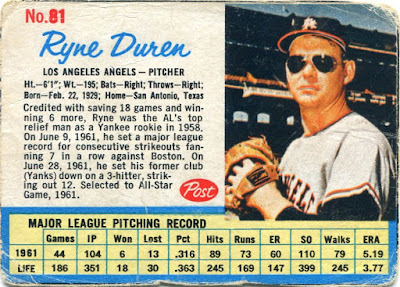 Not many notable cameos this week, so I'm forced to go with perhaps the most disgraced member of the steroid era: Rafael Palmeiro, seen here sliding into second.

Henry Blanco only appeared in two of the three games the D'Backs played against the Reds in 2011, and since one of those was as a late-inning replacement where he saw little action, it's a good bet that this particular shot comes from the D'Backs-Reds contest on April 10, 2011.

The way Blanco is positioning himself leads me to believe that we're seeing a forceout at home here, and if that's the case, then this bird's-eye shot was likely snapped in the top of the 3rd inning of that contest when Edgar Renteria was forced at home on an infield grounder by Cincinnati pitcher Mike Leake.

Though this run was quickly cut down, not many others were that afternoon --  the D'Backs rode a late-game rally to win what turned out to be a 10-8 slugfest.


Kick Out the Jams

The movement you need is on your (Rock) shoulder(s) 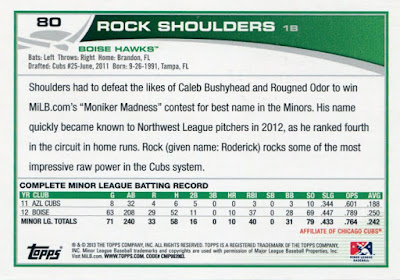 I've seen Rougned Odor on enough highlight films to confirm his existence, but I refuse to believe someone named Caleb Bushyhead once played professional baseball (though I'd tend to agree that Rock Shoulders is still a better name). 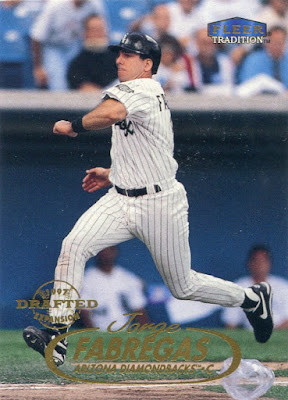 A seemingly innocuous action shot...until you notice the plastic bag hovering at Fabregas's feet -- a sight which continues to fascinate me even after dozens and dozes of viewings of this particular card. 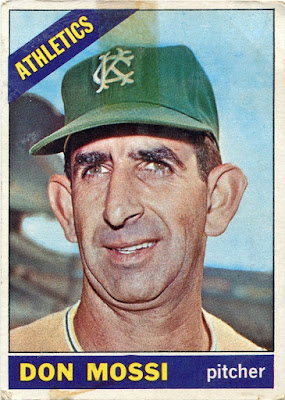 Though the Blanco comes pretty darn close, it'd take something like Herculean heroics to knock Don Mossi out of my Inaugural Frankenset (you can probably tell why). 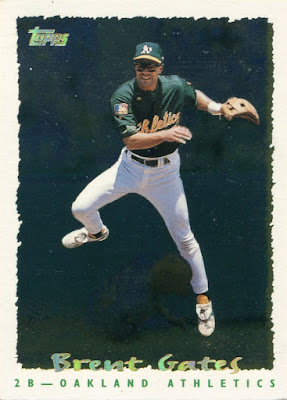 I love me some clairvoyant '90s technology -- the backs of '95 Topps Cyberstats cards use computer projections to predict full-season stats in an attempt to dull the blow of the '94 strike -- but the more I think about it, the more I think I wronged Rock Shoulders.

Even with the appearance of Ryne Duren and his Coke-bottle shades on a vintage Post oddball, it's still an easy pick for me this week: Henry Blanco takes the crown.

I don't think I'm exaggerating in saying that it's one of the more breathtaking cards of this decade, what with the shadows and cleated footprints acting as brushstrokes atop the canvas of home plate.

Great page. I'd have to go with Duren, followed by Shoulders (who really ought to be a Flintstones character) and Spiers.

As an A's fan... I would have went with Mossi and Gates... although Blanco and Shoulders aren't too shabby. Great stuff Nick!

Been doing some pre-National shopping. I have a corrected 82D Phil Garner for you

Don Mossi was a helluva pitcher and his cards were always the delight of the
neighborhood.. plus its what used to be called his last card.. until you invented the perfect name..the "sunset card" it belongs in Webster's... truly a great American monicker

GCA: Thanks! Someone actually sent me a corrected '82 Donruss Garner recently, but I can definitely still use the Tenace and Forster. If you'd like, email me at nickpecucci AT sbcglobal DOT net and I can shoot you my address and put together a little something to send back your way.