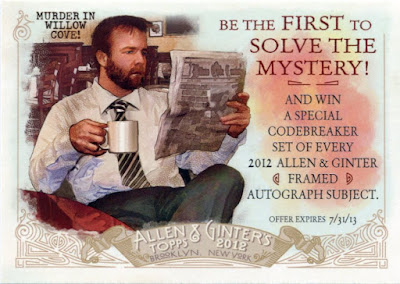 This was a pack filler in 2012 Allen & Ginter. An advertisement for the "Ginter code." There are thousands and thousands of these in garbage cans, dumpsters, and landfills around the nation. Even I, a man who is known to have pack rat tendencies, threw most of them out. (Although, true to form, I did keep one.)

The code has been solved for three years now (at least I'm assuming someone solved it) and these filler cards are really useless these days. It's a shame no one told Topps, because they're re-inserting these ads as hallowed 10th Anniversary Buybacks in 2015 A&G. It's the truth, unfortunately.

I don't think I need to explain how dumb it is that Topps is trying to pass off a filler promo card as a sacred, holy buyback insert. You can see that for yourself.

But the sheer stupidity of the thing kind of put me over the edge. 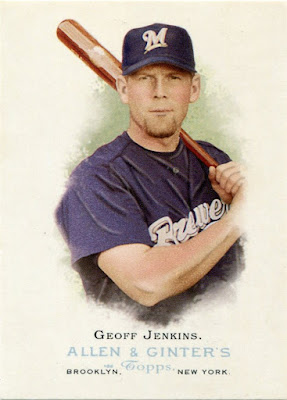 I'll try to keep this short and sweet.

The 10th Anniversary Buybacks in this year's A&G are some of the dumbest insert ideas I've seen in a long time. I don't usually like to be the one to point the finger and call BS...but this is BS. Big time BS.

For those who haven't seen, this year's buybacks are basically past A&G singles, repackaged into current packs and passed off as "inserts." Singles, mind you, that you could easily find for pennies on the dollar if you so wished.

Topps is trying to get us to see it as a way to "honor" A&G's history, but I think most collectors can read between the lines. 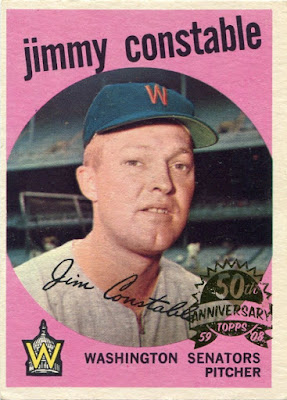 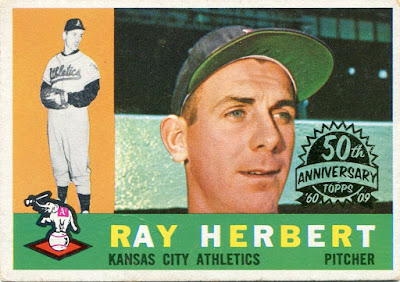 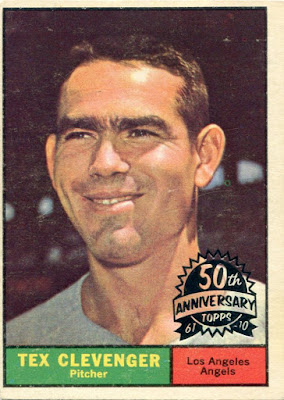 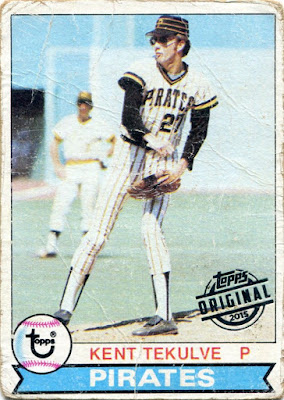 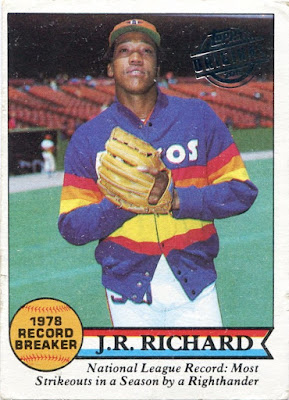 I'm not a fan of buybacks in general, but I can kind of see the allure of the vintage ones.

Collectors my age (what few there are) never got a chance to pull cards of J.R. Richard or Kent Tekulve out of wax packs, and, depending on how you see it, buybacks give me a chance to do that, if I so wished.

Even if I did want the original cards, however (which I owned long before I acquired the buybacks), I'd chase those, not the buybacks. If I can pick them up for a song, vintage buybacks can be a nice little trinket, but I'll never go out of my way to chase them. In fact, the five cards you see above are the only buybacks I own.

The Tekulve was a 20-cent find at the National a couple weeks ago, and the Richard was a throw-in to a purchase I made at a show back in February. The Herbert and Clevenger (holy unibrow, Tex!) were box-toppers I pulled from Heritage boxes, and I'm actually not sure where I found the Constable. Probably a discount box of some sort. That's it.

And my inner, card purist self is crying that Topps would voluntarily stamp (or deface, depending on your view) fifty-year-old pieces of cardboard. 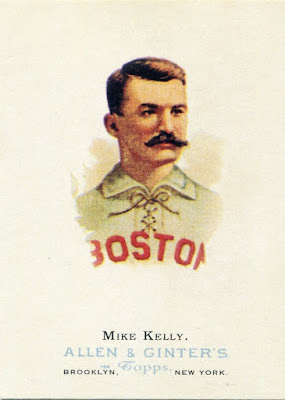 Maybe I'm a bit of a hypocrite, then, in that I'm a big fan of reprints.

The main difference to me is that reprints are a legitimate way to honor old pieces of history, pieces of history I'll never own, in a lot of cases. (Granted, seeing the same card reprinted eight different times does get tiresome.)

Most buybacks are basically just glorified card dumps. No, I don't need another 2007 A&G Chad Tracy, thank you very much, and stop trying to convince me that I do.

A&G toyed with the reprint game in 2006, the brand's very first year of existence, and I absolutely loved them. I don't own any authentic A&Gs (yet), and owning a reprint of an 1887-style King Kelly is a pleasure. But that was the last we saw of reprints in this set, sadly. 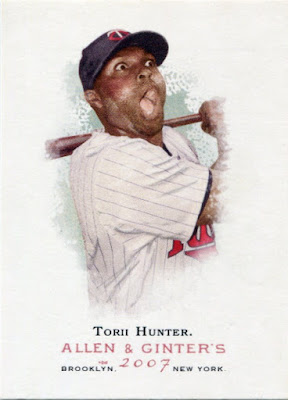 By and large, I'm a big supporter of A&G.

Even if the design wasn't the greatest in any given year, I still had respect for the brand. A&G has never been terrible, and I've bought at least a pack or two with each passing release. (And this Torii Hunter is one of the best cards ever, period.)

Unfortunately, I've lost a little respect for A&G with this whole buyback sham. When it comes to a simple hobby like collecting baseball cards, I'm of the belief that if you don't like something, ignore it. But this is beyond ignorance. This is Topps thinking collectors have the IQs of shoe sizes.

Maybe a few have fallen for the trap. Maybe some people actually enjoy these buybacks. Good for them, I guess. But, from my own blog reading and other social media posts, I have yet to see a single collector who has praised these 10th Anniversary buybacks. They're chase cards that no one is chasing.

A&G, I love you, and I'm standing and applauding for your big ten-year milestone, but this is just a shameless, self-aggrandizing ploy.

Call me naive, but I thought you were better than that.
Posted by Nick at 6:01 PM

Preach it! I'm TOPPED off!

For the first time in A&G's history I purchased more than one pack this year. I participated in Gint-A-Cuffs this time around, so that my headstone may someday truthfully say, "No Regrets."

The buybacks were a sham. Completely.

Nick, you're correct. No one I know is even remotely excited about them.

I thought the 10th Anniversary creative juices would have been flowing at Topps. Instead of coming up with something to really excite the collector it was very much a sham.

I'll go back to my old ways next year: buying one pack. I won't regret a thing.

I too love the A&G reprints from their early days; perhaps that would have been a good idea to bring back as an anniversary gimmick than stamping advertisement cards.

The whole buyback thing is really silly. They RUIN vintage cards buy stamping the current year, or "original" or "1000th Anniversary" or whatever on an original card. Making it seem like something it really isn't. If they really want collectors to chase these "buybacks" then they should put them in a penny sleeve that is slightly longer than the card at the opening end, and then heat seal the penny sleeve and toss the plastic sealed vintage card randomly into a pack.

The buybacks are a total sham. Yes, it is the 10th anniversary, but instead of putting buybacks in a pack that aren't worth 10 cents and count as a hit, why not purchase the original Allen & Ginter cards from the early 1900s or whenever they were produced and make them the hit. If Topps really wants to push the whole anniversary thing, just do an insert set with the 2006 design and put some of today's players on it, or make an insert set with 300 cards or so and match card #1 from this year with card #1 from 2006 and so on. I don't buy packs much anymore (maybe a pack or 2 of a few products other than the flagship set every year) and this certainly won't make me want to buy any packs of Ginter.

I agree. Maybe just find some original A&G cards and frame them like Topps T-206 brand did in the early 2000's. At least the original is not compromised. Sells are still strong on the secondary market for those as well.

Yeah - framed ORIGINAL Allen and Ginter cards from the 1880's... that would be a hit. There can't be too many out there, so they would be a pretty rare pull.

Any chance Topps actually did "buy back" a handful of originals and frame them?

the 10th Anniversary of the reboot would be the time to do it...

I'm pretty sure A&G did insert original 1887 buybacks into packs for a while (they might still do it, as far as I know), and I'm 100 percent behind those because you'd have little chance of acquiring those anywhere else.

The Lost Collector -- Your post and a few others I've read inspired this one.

This post proves that great minds think alike, because you took the words right off of my keyboard. Thanks for saving me a post.