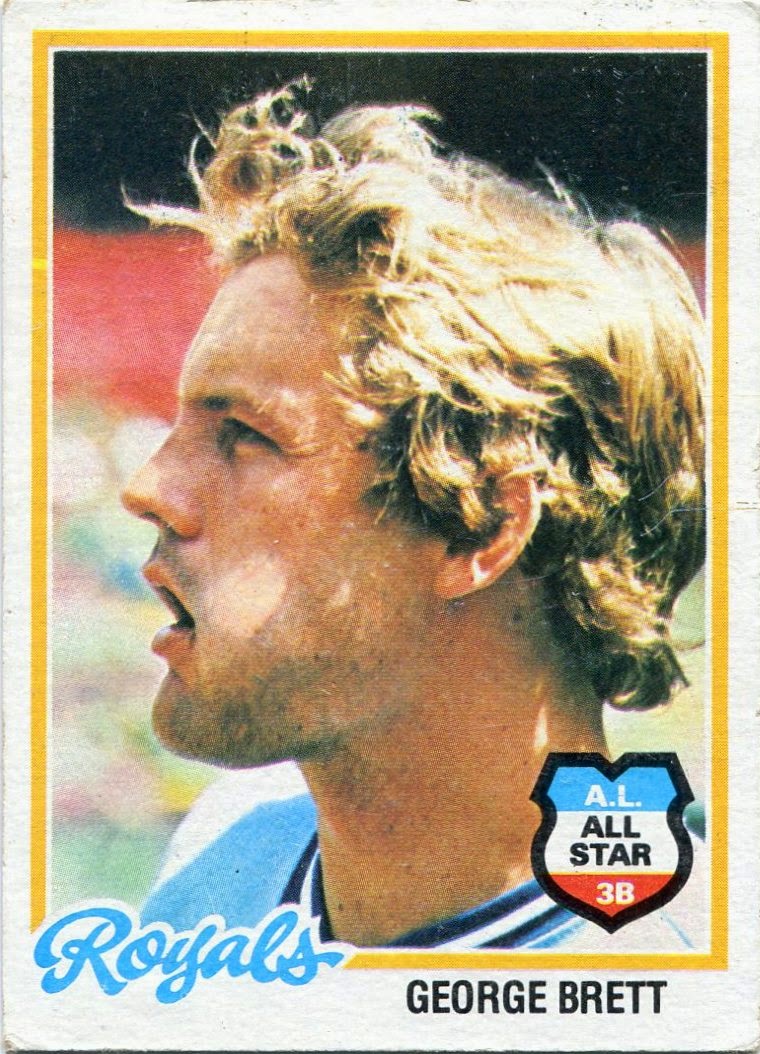 I think I'm old enough to realize that birthday's don't get the hype they once did in my life.

I celebrated my 23rd birthday this past Thursday. While it was nice getting the well wishes from family and friends, the day went by without much fanfare. And I was completely fine with that.

Still, I'd be lying if I said there wasn't still a little inkling to celebrate on my birthday. Luckily, I'll be getting that chance tomorrow.

As it happens, a semi-local card show just happened to fall on my birthday weekend. It's about an hour away, and, since I'm not generally a fan of driving long distances, I don't hit it that often. But I think I can make an exception for my birthday.

Yes, this is the same place where I found the penny cards last February. My parents were (once again) nice enough to shoot some extra cash my way for my birthday this year so I could hit tomorrow's show. 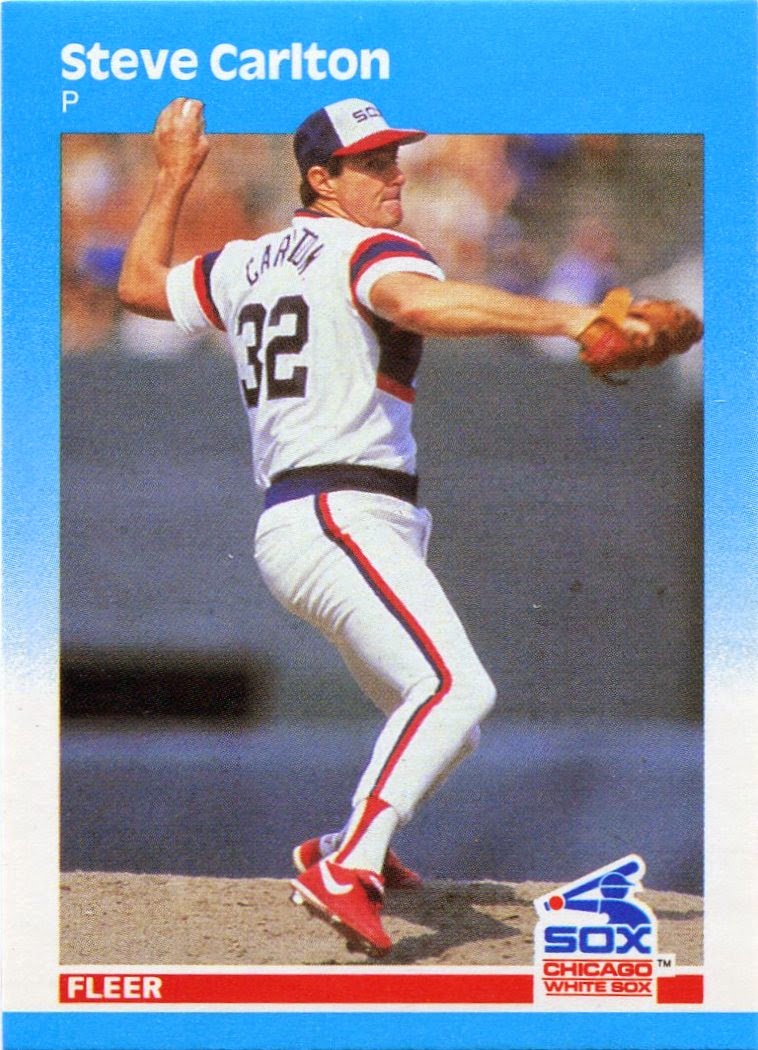 My favorite thing about this show is the fact that I get to meet up with my buddy Jeff from "2x3 Heroes."

We met up last February and we're planning to get together again at the National this summer, but tomorrow will be a nice little interlude before then. Jeff, if you're reading this, I have a hearty stack of Sox and others for you.

I don't know how many of you have met up with one of your fellow bloggers over the years, but, if you get the chance, I'd definitely recommend doing so.

There's nothing like digging through cards with a fellow cardboard fanatic. 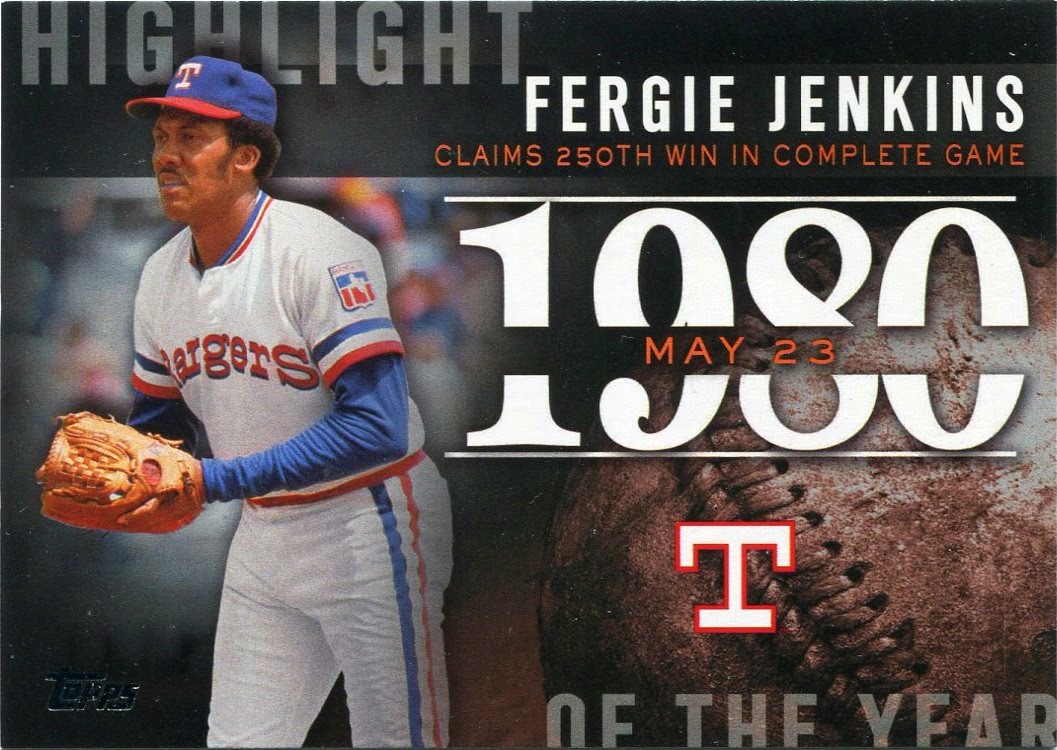 As far as size goes, this show is way smaller than the big tri-annual one I hit every year.

In terms of selection, though, the two really aren't that different. The smaller shows usually have the more low-end collectors in mind, which means that almost every table usually has something for me. It's a far cry from the bigger show, where about nine-tenths of the vendors are there to profit on their HITZZZZZZ.

Because of that, I feel confident in setting a few goals to accomplish tomorrow. Perhaps my biggest focus will be knocking out some of my 2015 Topps insert needs. I picked up the rest of the base I needed thanks to a Just Commons order, but I still need a slew of inserts.

I may not care for many of the designs, but card shows are still a great way to pick them up on the cheap. 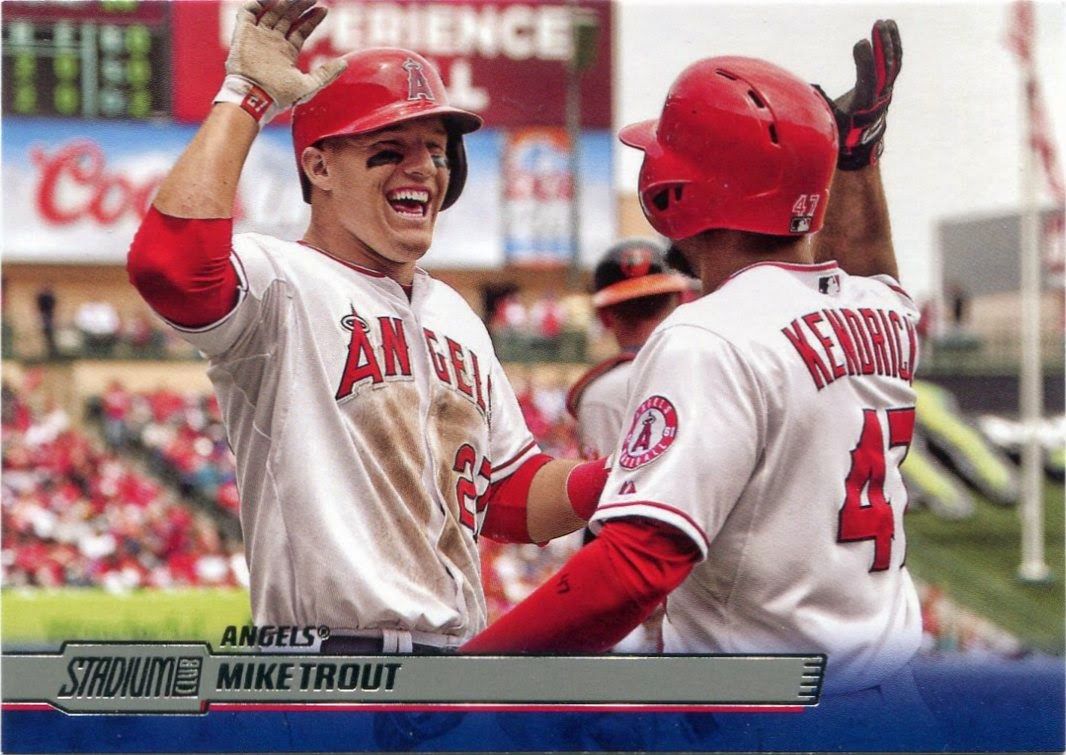 Now that people are fully into the 2015 card season, I figure it might be a good time to try and mop up some of my remaining 2014 needs.

I still need quite a few base from Stadium Club, A&G, Archives, etc., and I'm hoping I can knock some of those out tomorrow.

My goodness...I'm still reeling over how awesome that set was. 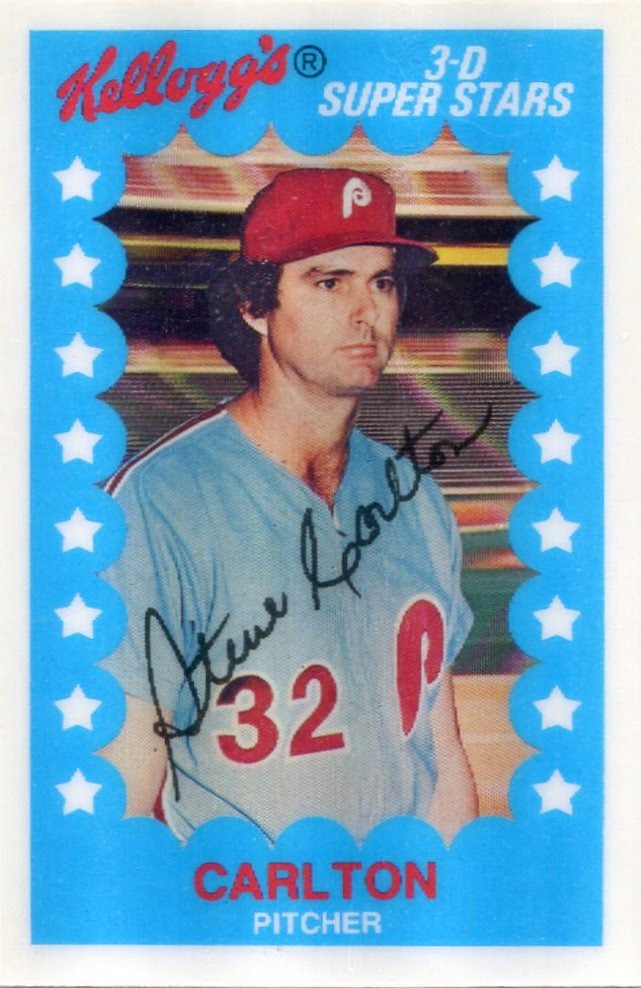 I'll be on the hunt for Kellogg's, Hostess, and pretty much any oddball I can get my hands on tomorrow.

But, if you read this blog at all, you probably knew that already. 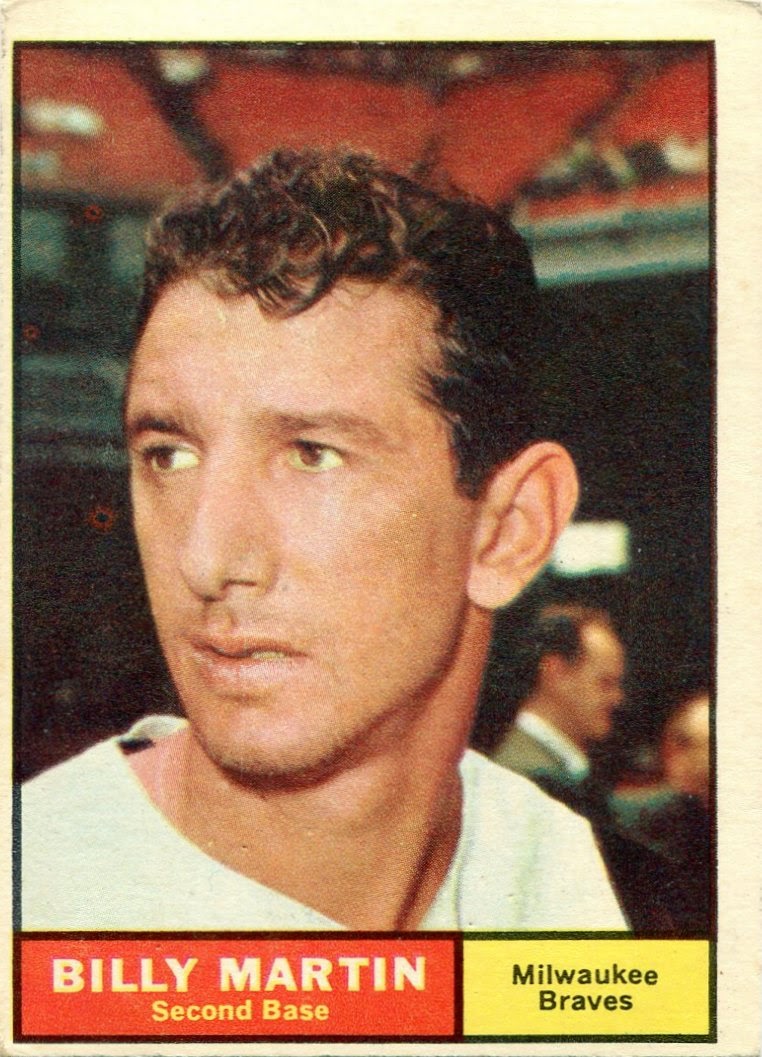 Since it's my birthday and all, I feel motivated to make at least one big pickup tomorrow.

I think the most expensive card I bought at this show last year was the '61 Topps Billy Martin you see above. It cost a whole three dollars.

Here in Dime Boxedonia, I consider "high-end" to be anything five dollars and over. I'm planning on picking up at least one of those biggies tomorrow. I don't know what that fateful card will be, but I'll know it when I see it. Because even the most low-end collectors need a big splash every once in a while.

After all, what fun is a birthday if you can't treat yourself? 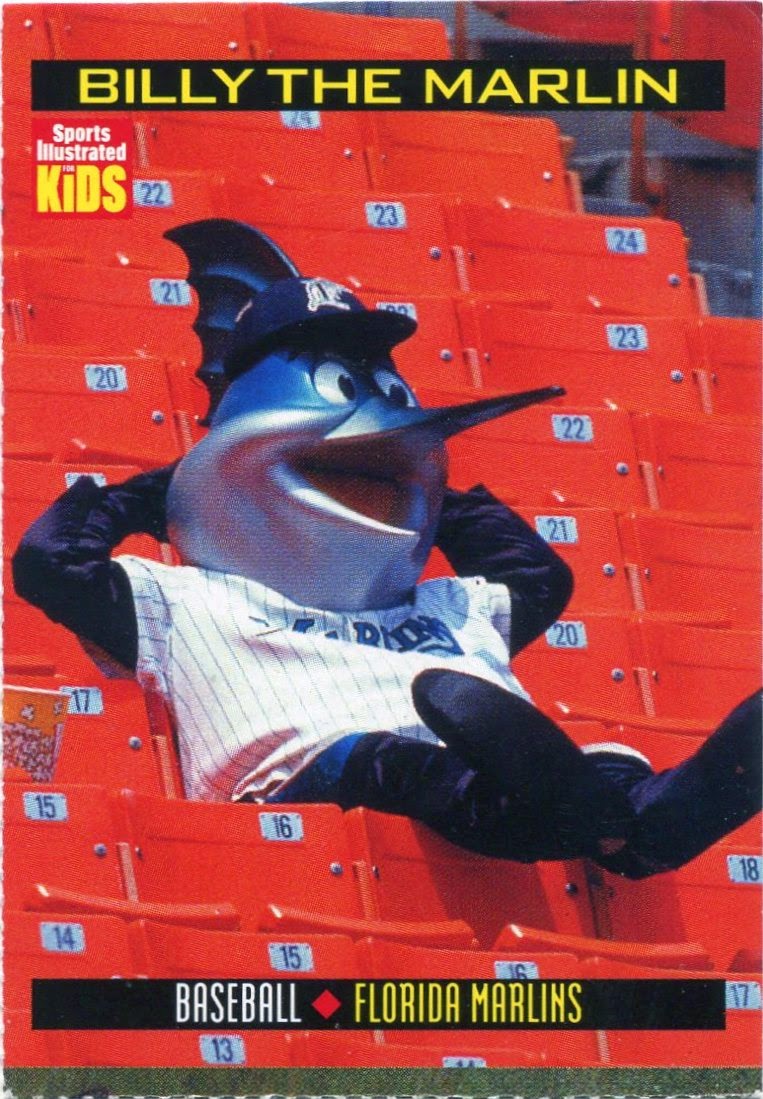 Aside from that, I'll just kick back and let the card show take me wherever it may.

That's pretty much my philosophy with most shows. All I can do is plop down in a folding chair (or stand if the vendor doesn't have one available), and let the dime boxes work their charm.

I'm probably most excited about the fact that my dad will be accompanying me to tomorrow's show. He wasn't with me when I went last year. I've tried to describe this show to him many times over the past 365 days, but he'll finally get to see it for himself.

I'll do my best to bring the show to life for the rest of you on this blog as well. Camera phones come in handy at card shows.

Here's hoping for some birthday magic tomorrow.
Posted by Nick at 4:57 PM

Good luck at the show tomorrow Nick! I can't wait to read about whatever you find.

Good luck and say hi to Jeff for me. Tell him to drop a pwe on me while you're at it.

I'm hoping my '64 connection is there. Plus there is one guy with killer cheap-o vintage. It's where I picked up a PlayBall card for like $2. Hopefully the dupe inserts from '15 I have in a box for you will allow you to spend a whole $8 on a card. Won't that be shocking!

GCRL - I got a ePWE in the works for you. That's an extended plain white envelope.