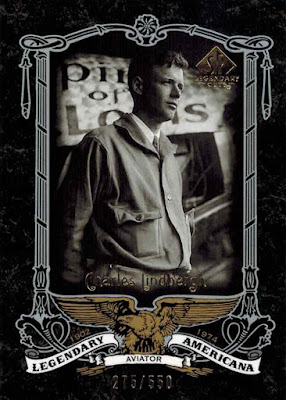 A couple months ago -- and after more than a year of searching for one of its 550 existing copies -- I finally stumbled upon the final piece I needed to finish off my 100-card 2007 SP Legendary Cuts "Legendary Americana" insert set with Charles Lindbergh here.

Completing the set was, for me, both a rare and major event: rare because you can count the number of sets I've finished on one hand, and major because it was the joyous final chapter of what'd easily been the single longest card project I've ever undertaken. 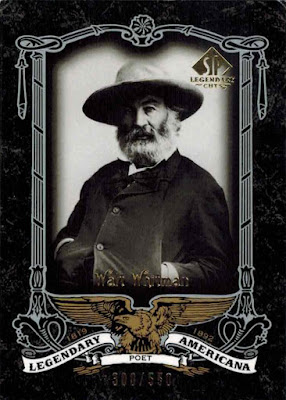 I can't remember when exactly I started building this beautiful insert set -- I'd place it around 2009 or 2010, if I had to guess -- but I do know that Walt Whitman was the man who convinced me that such a task was worthwhile.

I acquired the great poet himself in a random lot I bought on the forums many years ago, and I was shaken by the massive beauty of this card upon its arrival in the mail. So shaken, in fact, that I stuffed it into my pocket to show my dad at lunch later that afternoon (note the dinged top corners).

Even though acquiring the multitude-containing Walt Whitman predated my current literary bend by several years (perhaps a premonition of things to come?), it was then and there that I decided to chase the other 99 cards in the Legendary Americana set. 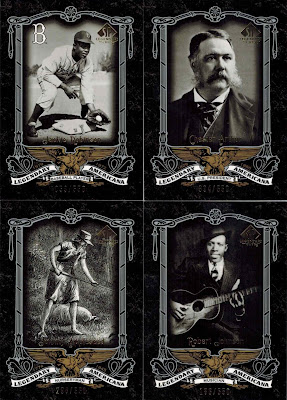 It's been a fun ride, to say the least, one that has satisfied my craving for both baseball cards and historical knowledge.

Elegant design aside, one of my favorite things about the set is the sheer diversity of the names included in it. You get everyone from Johnny Appleseed to Robert Johnson. Obscure presidents (Chester Arthur?) and, yes, even a couple giants from baseball lore (Robinson and Babe Ruth are the only ones in the set).

But all right, enough milling around: here's the moment I've been anticipating for so long now -- here, in its entirety, is the complete (ah, that word: complete!) 2007 SP Legendary Cuts "Legendary Americana" insert set in all its glory. 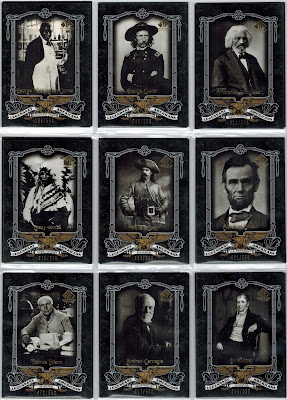 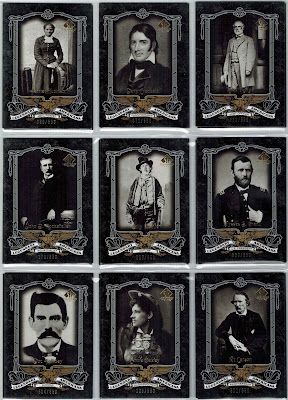 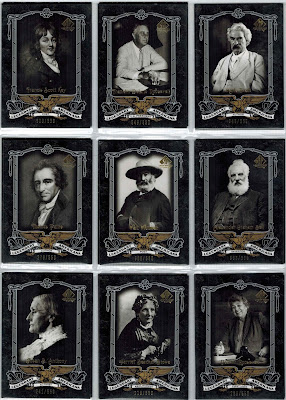 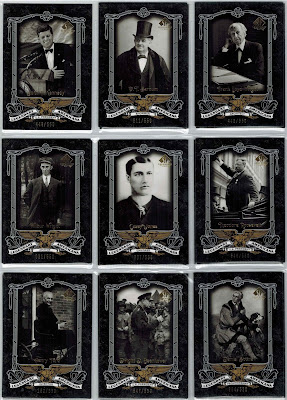 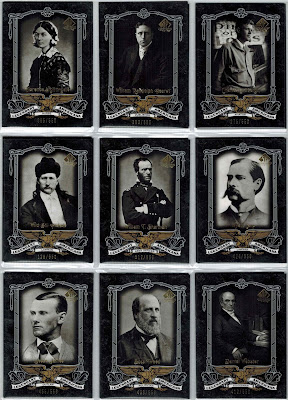 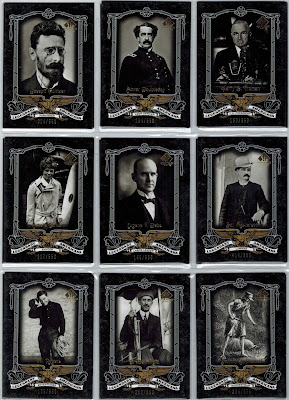 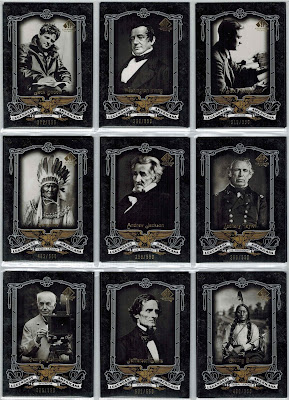 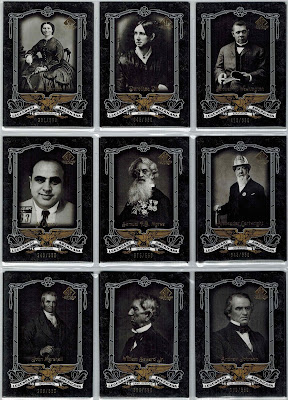 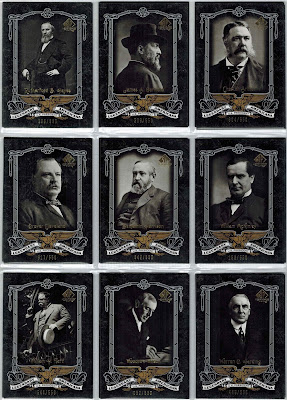 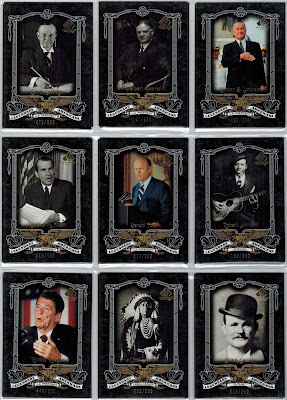 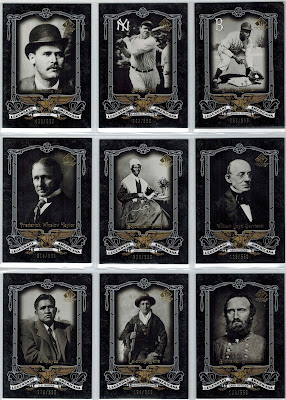 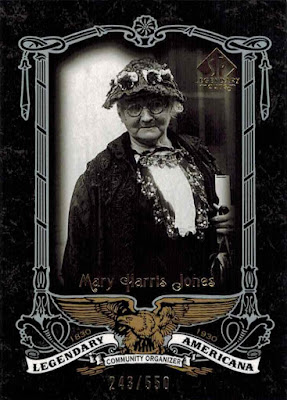 From George Washington Carver to Mary Harris ("Mother") Jones, I can now say that I've polished this set off once and for all.

I may not be much of a set-builder, but even I can see that there is indeed joy in a completed set -- and that goes infinitely so for one that has taken virtually my entire adult life to collect.
Posted by Nick at 6:03 PM

Congrats! Must be a good feeling to knock that one off the list!

I've never seen that set before but a 100-card set numbered to 550 copies is quite a challenge. Congrats on completing it!

That is an absolutely beautiful set. Congratulations on completing it!

Very, very cool! I have one of these I picked up as a single, but after seeing your post I realize I need to work on adding more of these to my collection.

Awesome set that I am not familiar with! I love history though, so that is super cool! Completing a set numbered out of 550 for a base set, that is impressive!

Quite an accomplishment! I have never seen one of these in person but they look great.

Awesome! Such a great set, and not an easy one to complete.

I was meh about this set until you highlighted the Robert Johnson card. Woes

Congrats! That is a beautiful set. I kind of wish they had gone black and white for all of the photos. The small handful of colored cards just seems off to me.

Not familiar with this set... but this was quite the accomplishment. Congratulations. Love the lineup. Can't imagine you'd find Robert Johnson on a lot of cards.

Congrats,great feeling to get that final card of a set you have been working on for a long time.

Congrats Nick! I don't think I'd ever seen these before but they're slick cards. I know what a challenge you were up against as I've been working away at the 220-card 2011 Topps Chrome Atomic Refractors set, with each numbered to /225. Pat yourself on the back for finishing this one!