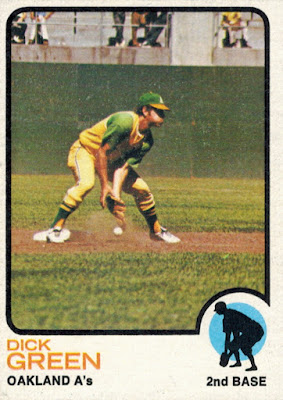 After a good run of close frankenset battles, we had ourselves a good old-fashioned blowout last week.

Dick Green's misplay ran away from the pack, his 18 votes accounting for exactly half of the total tallies. No other card received more than five votes -- a drubbing in every sense of the word.

I've always loved the '73 Green for the simple and obvious fact that you just don't see many errors depicted on baseball cards -- though maybe someone at Topps felt bad for the guy, because Green's shown turning a nifty double play in the following year's Topps set. 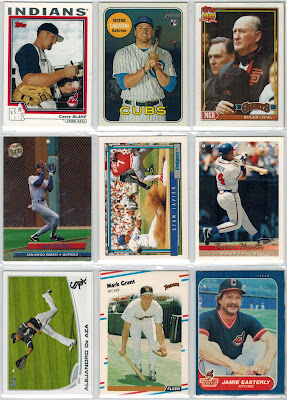 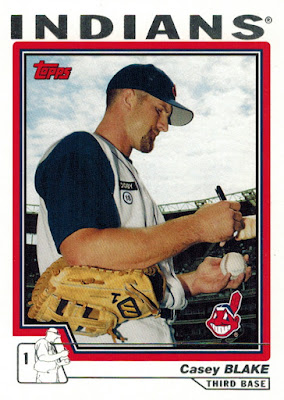 Signing for admirers (and I spy a Larry Doby memorial patch!). 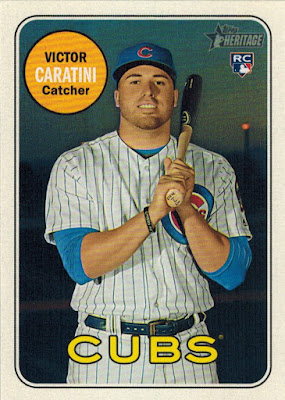 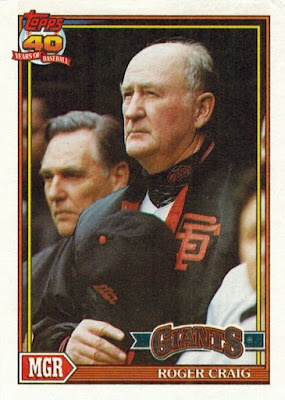 Roger Craig, perhaps the only manager to ever receive mini-collection hits on consecutive Topps cards. 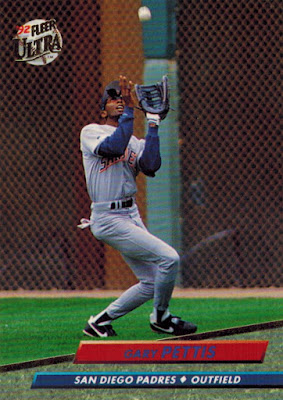 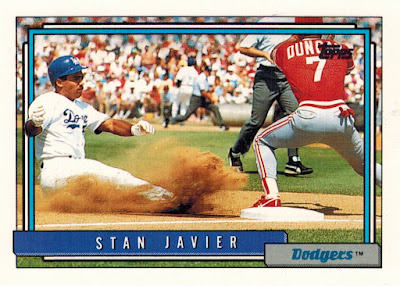 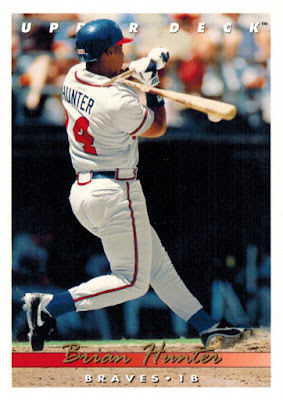 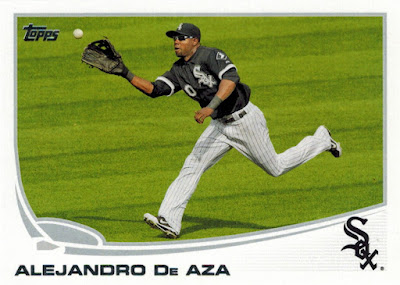 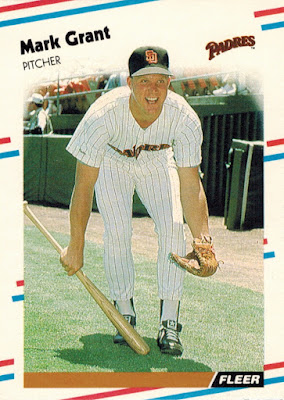 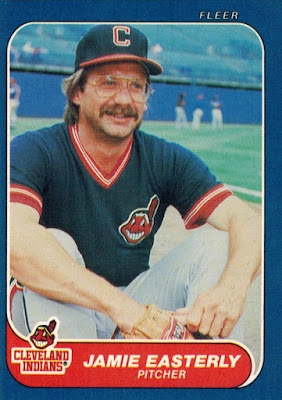 Hey, did you know Jamie Easterly was once considered for a lead role in Revenge of the Nerds?

Sometimes my vote is swayed by your commentary. Like, I thought I had one picked out and then you had to reference Revenge of the Nerds. Game. Changer.

Love the action and card design of the 92FU Pettis... but ultimately I went with the sentimental pick: Roger Craig. Wasn't a fan of the Giants, but I went to a lot of games at Candlestick during the 80's and 90's.

The dirt cloud that Stan Javier is about to taste gets my vote!

You spy both a Larry doby and a Mel harder memorial patch on that Casey Blake card!