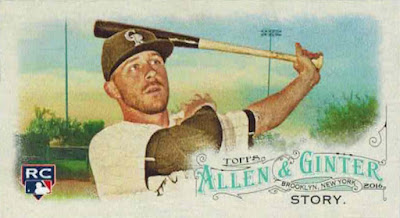 At times I feel like an aging parent of the blogosphere, in that I've seen a fair amount of my favorite blogs pack up and leave the nest during my years here.

As you've probably heard already, the latest blogger to leave our company is none other than Matt of "Bob Walk the Plank" fame. Like everyone else, I'm sad to see Matt go. His blog was a daily read of mine (and not to mention one of the best blog titles ever), and we'd traded quite a bit since he joined the blogosphere a while back.

And as a final bow on it all, I was lucky enough to win what I believe was the last contest Matt ever held on his blog a couple months ago. 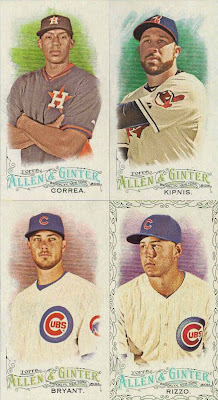 My winnings came in the form of four separate bubble mailers(!) I found stuffed in my mailbox one glorious afternoon, and the cards inside were pretty much a smorgasbord of anything and everything -- so, in other words, the perfect prize package for yours truly.

A&G was well-represented in the spoils, as these minis... 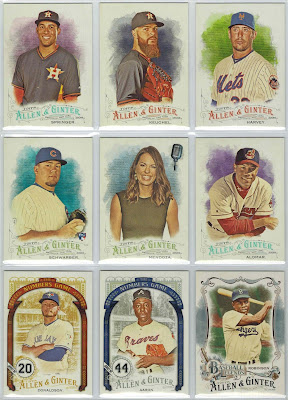 ...and the accompanying stacks of other A&G base/inserts I received might indicate. 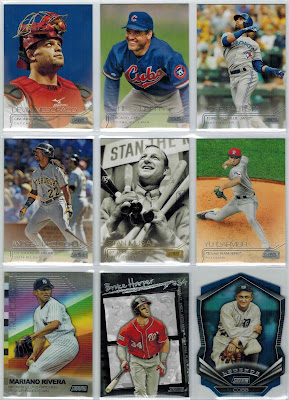 Some 2015 Stadium Clubs here, including a few inserts and spiffy base cards from what I think is the best SC set Topps has put out since its revival in 2014 (if I had to choose). 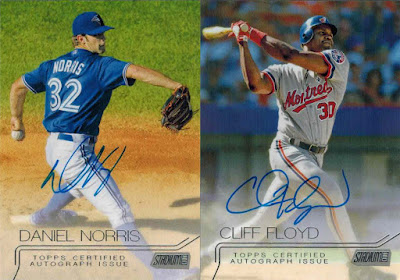 These were a real surprise: on-card autos of two dudes who I kinda, sorta collect. 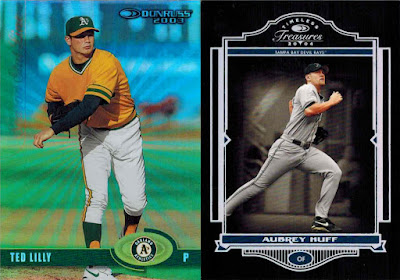 Here's a couple scarce parallels (Lilly numbered to 77, Huff to 25) that I would've had about a 0.00001 percent chance of finding on my own had I not won Matt's contest.

Despite the randomness of my winnings, I actually, again, collect both of these guys -- Matt must be psychic or something. 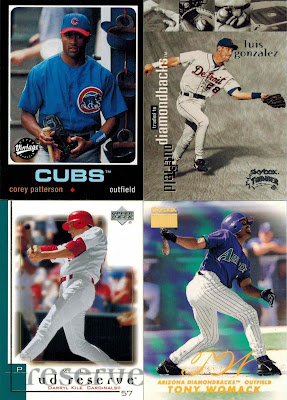 But my favorite portion of Matt's mailers were probably the glut of obscure millennium-era singles he threw in -- I mean does anyone really buy stuff like Skybox Premium or UD Reserve?

I sure didn't, and not many other did either, which means cards from these sets are difficult to track down and thus leave gaps in a fair amount of my player collections, which all four of these filled (including Darryl Kile at the plate!). 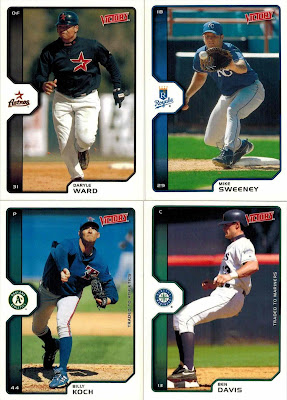 I've mentioned my love for UD Victory before, which should explain why I was so excited to see these (from the 2002 edition) fall out of the stacks Matt sent me.

I may be one of the last people on earth who collects guys like Daryle Ward and Ben Davis (don't ask me why), and finding new cards of theirs over the years has become a rare but consistent thrill. 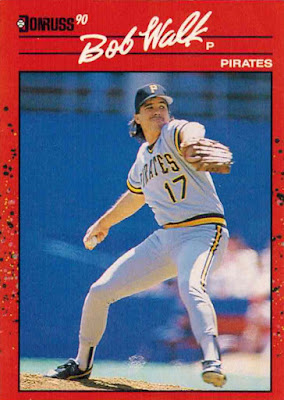 Oh, who am I kidding: this was the greatest thing Matt sent me.

It's Bob Walk, the Greek god himself. Keep your minis and autos and low-numbered parallels, because I'll take this one a million times over. But in all seriousness, Matt, I'm going to miss your daily Bob Walk updates and overall fun presence around the blogs. My blog and collection owe a great debt to you.

Nice bunch of cards for a send-off...

Fun Fact: 6 women in the stands would leave the stadium pregnant each time Bob Walk took the mound.

Thanks for the kind words Nick

That's definitely one of Walk's finest cards. It's amazing what conscientious cropping can do for a card.

Matt was (probably) the first baseball card blogger I met/followed. His blog will be missed for sure, but I'm sure you'll have a chance to trade with him again. Those are some great cards, the Ted Lilly in particular is eye-catching.