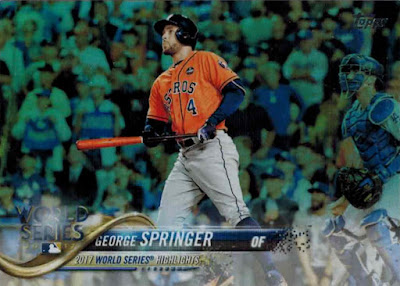 For all its pluses, the hobby can be just plain painful sometimes.

As a Cubs fan, I still feel a slight twinge of sadness whenever I see a Marlins card from 2003 or a Mets card from 2015 (slightly less so since 2016, though). Fans of certain oh-so-close teams now are often in especially painful territory with the sheer volume of cards out there these days -- case in point, the large number of Dodger collectors here in the blogosphere having to see cards commemorating last year's World Series.

I did, admittedly, take advantage of this pain with one Dodger fan in particular -- Greg of the immortal "Night Owl Cards" -- who had the unfortunate luck of pulling this rainbow parallel of none other than George Springer, your 2017 World Series MVP and a dude I collect. 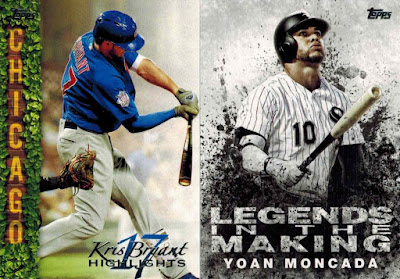 Understandably, Greg was all too happy to unload the Springer -- and nice guy that he is, he packed some other needs of mine with it.

You could argue that there's a slight downside to your team winning it all, too: cards of guys on that team start getting produced by the gross, like the entire insert set devoted to Kris Bryant in this year's Topps (overkill much?). 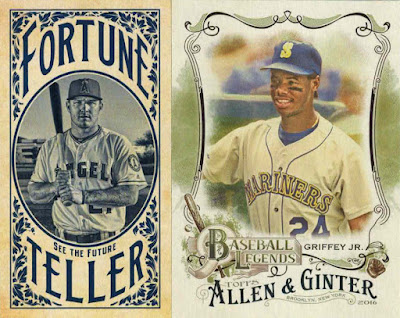 I seem to have awfully good luck accumulating cards of these guys, which is awesome because both Trout and Griffey rule, of course. 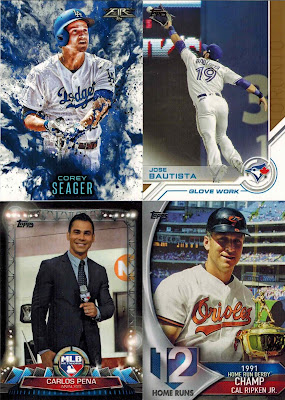 More Topps inserts, including another "MLB Network" card which reminds me I should really get back on trying to complete that set. 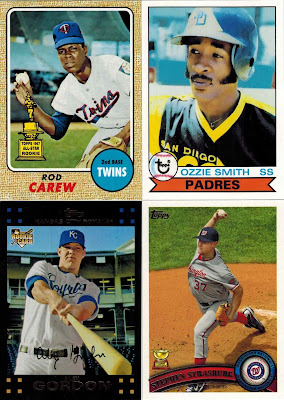 Reprints of cards I actually remembered pulling from packs like the Gordon and Strasburg make me feel old, which is kinda painful in and of itself. 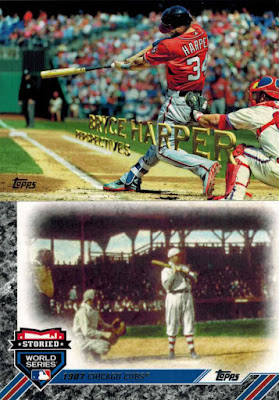 More inserts, including a rare look at the Cubs' 1907 World Series victory (which certainly would've been a happy memory if I'd been alive 111 years ago). 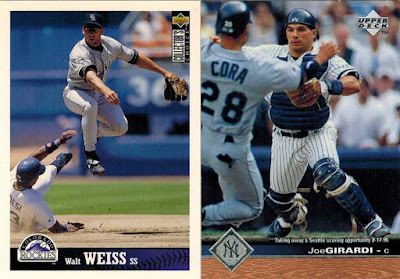 The '90s remain an eternal goldmine for mini-collection hits. 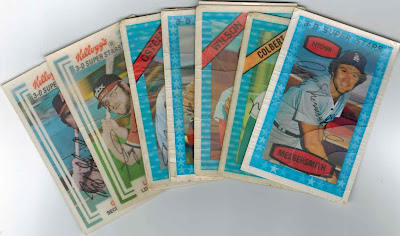 A Kellogg's rainbow -- is there anything more beautiful on this earth? 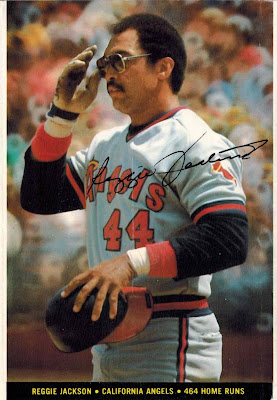 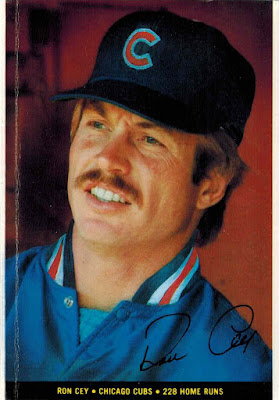 Finally from Greg came this 1983 Topps Foldout, which features the lethal combo of Reggie Jackson and Ron Cey front and back (which is the front and which is the back is left entirely to your imagination).

This is surely a dupe from Greg's legendary collection of The Penguin, no doubt a slightly painful one since it features Cey in what I'm pretty sure is an airbrushed Cubs hat following his trade here from Dodgerland. Inversely, the only close equivalent Cubs I can think of are A's cards of Billy Williams or White Sox cards of Ron Santo. Those are just weird and painful.

But that's the risk we take as fans and collectors, I guess -- it's not all peaches.
Posted by Nick at 5:52 PM

My luck on those foil parallels is awful. If it's not some team or situation I dislike, it's guaranteed to be a team that's completely untradeable. Marlins and Rays, mostly.