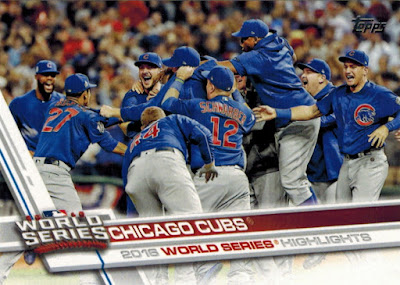 Matt of "Bob Walk the Plank" recently partook in a fascinating exercise by composing a roster of the most inept players in the history of his beloved Pirates.

I loved the idea and earmarked it as a future post to write on the Cubs, who (as many know) have had their fair share of ineptitude over the years. While remembering the worst of the worst of one's favorite team may not be a whole lot of fun, it makes me a lot more thankful for the success the Cubs have had as of late.

I've seen the Cubs win the World Series (which instantly qualifies me as among the all-time luckiest Cubs fans) but I did have to suffer through quite a few awful years there -- so here tonight is the bottom of the barrel, the All-Inept Cubs Team. 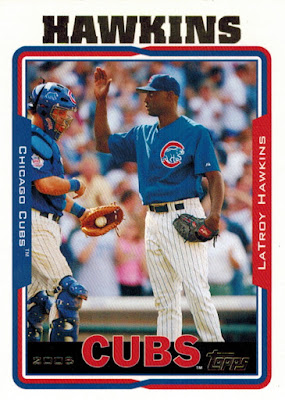 Part of the reason I was eager to undertake this exercise was to see how true my memory really was of certain guys I always think of as inept.

I remember LaTroy Hawkins being absolutely horrible during his year-and-a-half as the Cubs' closer. But a look at the stats reveals that, at least on the surface, he wasn't bad: he posted a 2.76 ERA and 29 saves in Chicago. Certainly nothing to sneeze at. And could he really have been all bad? I mean, the dude pitched in the bigs until 2015.

But the memories I have of Hawkins's ineptitude with the Cubs mostly involve blown saves, and in that department I'm right: he blew nine saves in just 34 chances during his only full season with the Cubs ('05) -- yikes. 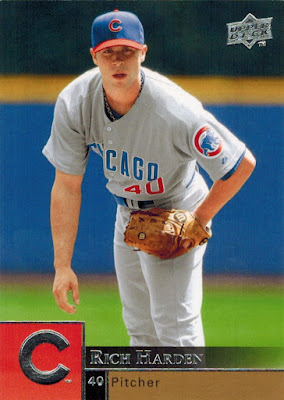 I remember being really excited when the Cubs traded for Rich Harden in '08, mainly because he was always one of those doomed but talented pitchers, the quintessential if-he-could-only-stay-healthy guy.

Early returns were good on Harden: he went 5-1 with a 1.77 ERA after coming to the Cubs at the '08 deadline. But his only full season in Chicago was a letdown: 9-9 with a 4.09 ERA over 26 starts. He stayed healthy and still kinda sucked. Harden walked as a free agent after '09 and was out of baseball two years later. 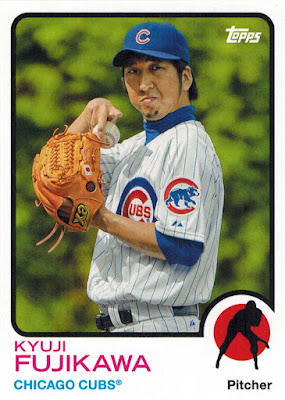 As will become painfully apparent throughout this post, the Cubs have had little success in scouting foreign talent.

Kyuji Fujikawa is the most recent of those overseas busts (at least as far as I remember). Fujikawa was already 32 years old by the time he came to the States after many successful years in Japan. Injuries shut him down early and often, and he only got into a combined 27 games over two seasons with the Cubs, posting a 5.04 ERA in the process. Here and gone in the blink of an eye.

Fujikawa went back to Japan following an aborted stint with the Rangers in 2015, and is actually still pitching there to this day. 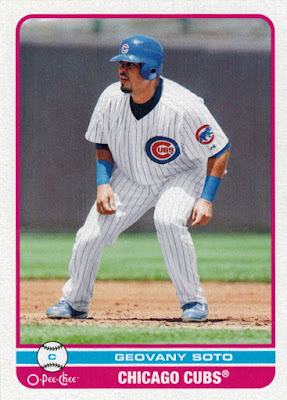 Geovany Soto's a bit different than most of the guys on this roster, in that he did actually have some success with the Cubs.

He seemed to be the backstop of the future in Chicago after putting together one of the greatest seasons I've personally ever seen a catcher have in 2008, capturing an All-Star berth and the NL Rookie of the Year award in the process. While he had another decent year in 2010, Soto never really lived up to the long-term potential expected from him and was done as a Cub by 2012.

He did manage to hang around as a backup until 2017, but he never came close to duplicating the success he had in his early years as a Cub. 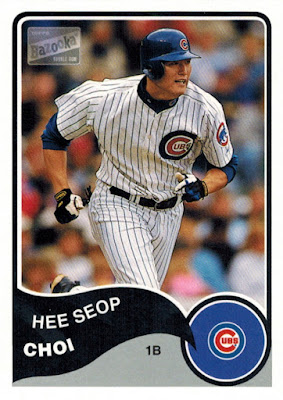 Here's the earliest of the Cubs' many foreign busts in my baseball lifetime: the dreaded Hee Seop Choi.

I vividly remember the hype surrounding Choi when the Cubs signed him out of Korea and developed him through their farm system. But as became a theme with the Cubs in those years, it wasn't to be. The first baseman of the future quickly became the first baseman of the past: Choi hovered around the Mendoza Line in his two years with the Cubs (.210) and was out of the bigs by 2005.

Ineptitude at its finest. 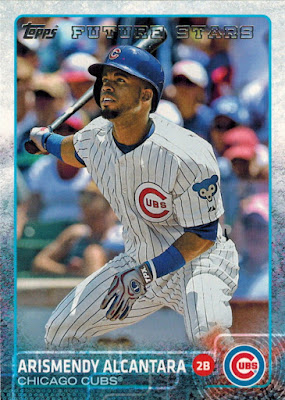 I don't think Arismendy Alcantara was ever one of the Cubs' top-tier prospects, but he was at least supposed to be a serviceable big-league player.

The guy wasn't even that: after a promising start, Alcantara wound up with a whopping .194 average across two seasons as a Cub (including a hapless .077 mark during a brief trial in 2015).

Needless to say, Alcantara was out of Chicago by the time I learned how to spell his name. 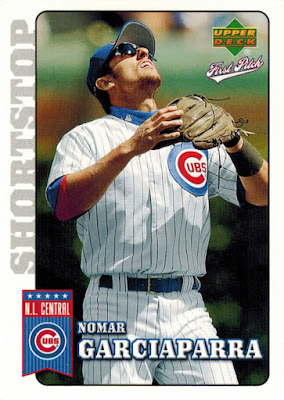 I don't think I've ever seen a player go from prime to past-prime quicker than Nomar Garciaparra.

Looking back, Garciaparra's numbers didn't take a huge hit with the Cubs (he was a .289 hitter with the team), but his ability to stay healthy certainly did. My only Cubs memories of Nomar involve him getting hurt -- he only played in 105 total games in his year-and-a-half here -- and the hubbub surrounding his coming to Chicago died out pretty quickly. 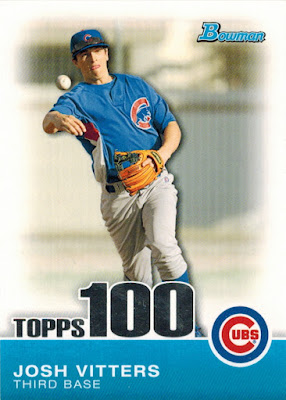 I'm convinced Josh Vitters was nothing more than an actor the Cubs hired to perform as a high-level prospect in an time when the team didn't actually have any.

If his .121 career average is any indication, he certainly hit like one. 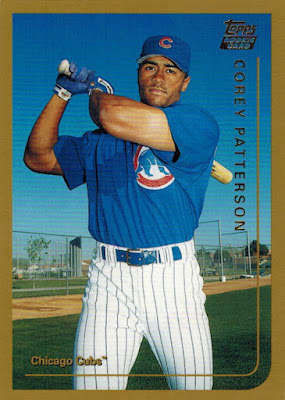 Corey Patterson was the grand Failed Cubs Prospect of My Youth, and might be the worst everyday ballplayer I've ever seen.

He couldn't hit. He didn't walk. He was a horrible fielder. He looked nothing like a 3rd overall draft pick, and he never struck me as a guy who should be anywhere close to the big leagues. And yet he stuck around for six seasons with the Cubs (although maybe that's more of an indictment of the Cubs of that era than Patterson himself).

How he managed to hang around the big leagues for 12 seasons is beyond me. 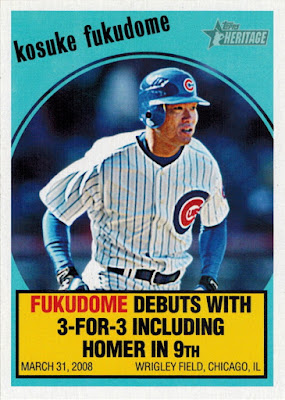 Ah, here's probably the grandest failed foreign experiment of them all: Kosuke Fukudome.

Truth is, I still have a soft spot for Kosuke. But he was a bust in every sense of the word -- and don't let his '08 All-Star appearance fool you: that was on the fan vote. He never hit with much regularity and was out of the bigs by 2012 (though he is still active in the Japanese League).

I'll put it this way: the feat documented on this card was probably the pinnacle of Fukudome's career...and that came in his very first game in the States. 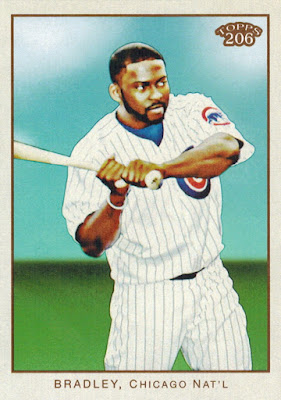 I don't ever aspire to be one of those fans who gets up in arms over every single decision their team of choice makes (I just want to grab those people by the neck most of the time).

But fact is there was a brief period of time in which I was wholly convinced that I could do a better job than the Cubs' front-office. And I probably could have. I know I wouldn't have signed Milton Bradley, for one thing -- much less given him the three-year, $30 million contract he got from the Cubs.

Bradley was one of those instances as a fan where I just knew things were going to go south, and fast. He was never the most popular guy in Chicago and indeed turned out to be a complete bust, so much so that the Cubs ate most of his contract and dealt him to the Mariners the following season.

Between Bradley's performance and the Cubs' decision to sign him in the first place, he may well be the Most Inept Cub of All-Time. 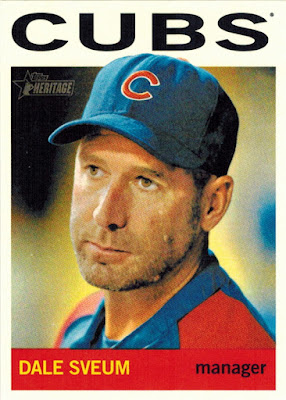 The all-inept team needs a manager, and that dubious honor goes to Mr. Dale Sveum.

Sveum is, by all accounts, a good baseball guy. And perhaps he got the short end of the stick here in Chicago. Considering the talent (or lack of) Sveum had to work with, it's hard to hold him accountable for the 127-197 record he posted during his time as the Cubs' skipper (I mean, Josh Vitters was the starting third baseman for a while, for god's sake).

But even during those awful years, it was obvious he wasn't a good fit for a rebuilding team. He made questionable decisions, lost patience with young players rather quickly (really the one thing you can't do under those circumstances), and didn't seem to fit the mold of what the Cubs needed in a manager at the time. So in that sense he's the perfect man to guide this team, right?

And so there you have it: the rich and often painful journey into the Cubs' long history of ineptitude.
Posted by Nick at 5:59 PM

Oh, I am so stealing this idea! Great post. I have to go back and check out Matt's post on the Pirates, I must have missed it.
I guess Bartman doesn't have a card (j/k I don't think what happened was his fault)?

It's even fun to look back on players who drove us nuts as fans. Great post and fun idea.

I have to say that Milton Bradley could belong on some other inepitude teams and that would one for my Indians.

I think I might have to steal this idea as well ... is it official to call this maybe a new "Blog Bat Around" topic? I'd forgotten that Dale Sveum ever managed the Cubs.

2018 is quickly turning in the year of the "All ____ Team" blogposts lol. Next I propose an all player that got away team filled with Josh Donaldson, Dennis Eckersley and Lou Brock.

Once a Cub beat me to it... I was also going to offer up Edwin Jackson.

Cool idea and cool picks...man,Nomar seemed to get hurt the day he came off the DL !

I'm pretty sure that Cubs' ineptness goes back much farther than 2002!

As for stealing this idea, I've done it already, except I charted the worst Dodgers hitting seasons team: http://nightowlcards.blogspot.com/2009/12/my-all-time-9-bizarro-edition.html

How is Ernie Broglio not here?

Gary Scott for back up 3rd baseman.