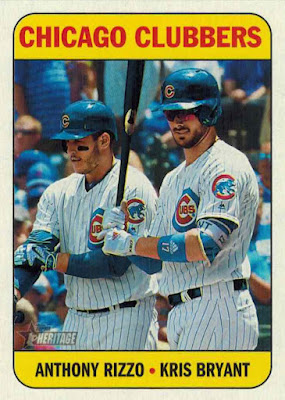 In a paradoxical way, I'd say it's both easier and harder than ever to be a player collector in the current hobby.

The sheer proliferation of cards available these days makes it quite simple to start a player collection, and continually add to that collection. But on the downside, I can really only ever hope to own a tiny percentage of any of the guys I collect, thanks to all the insanely rare parallels and high-end sets I never see. This isn't the old days where kids had one Gates Brown card to chase every year and that was it.

My Kris Bryant collection, for example, is already more than 80 cards strong at last count, a number which was boosted by a couple PWEs I recently received from frequent trader and overall good dude Mr. Shlabotnik of "The Shlabotnik Report." 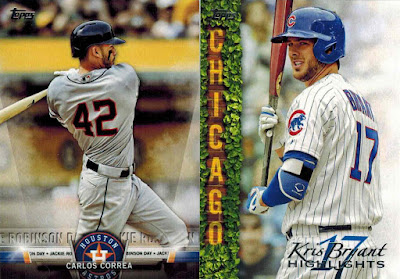 Bryant debuted in 2015, which means that with about 80 total Bryants in my binders, I've managed to add about 20 new ones to my collection per year, on average -- a pretty steady clip, I think.

But even crazier is the fact that, according to Beckett, Bryant has a grand total of 5,786 cards to his name (no doubt helped by the entire retail-exclusive insert set devoted to his likeness earlier this year). This means I own just over one percent of all the Bryants in existence, and I've been collecting the guy for about four years now.

So which is better: being excited knowing that 99 percent of Bryant's cards are still out there, or getting a headache knowing that all my efforts have amounted to one percent of the guy's total output? 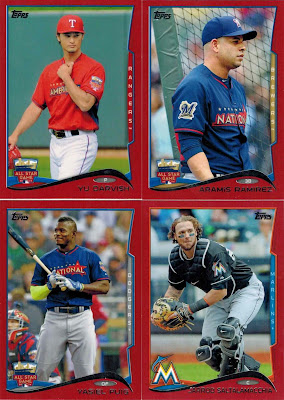 I don't really have an answer to that -- I can see both sides of the equation.

I, for one, enjoy the colored parallels Topps inserted into its products way back when, and would like them to come back if for no other reason that it might help crowd out some of those all-Bellinger/Judge/Bryant insert sets. 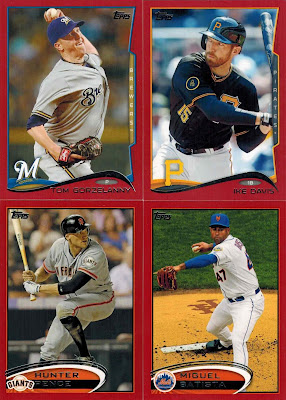 Granted, a return to said parallels would mean even more cards of my favorite players to chase, which defeats the purpose in some ways.

To me, though, parallels were (and still are) a joy to track down, which makes me happy Mr. Shlabotnik was nice enough to send this small flood of Target Reds my way. 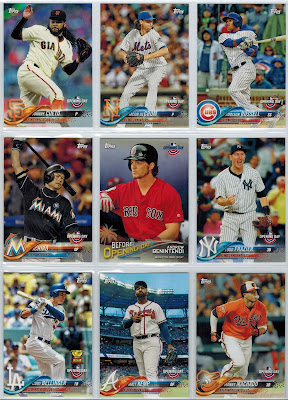 In years past, Opening Day has basically functioned as a duplicate version of Flagship, but I've noticed Topps finally changed a lot of the photos between OD and Series 1-2 this year...as both Joe and I are pleased to see. 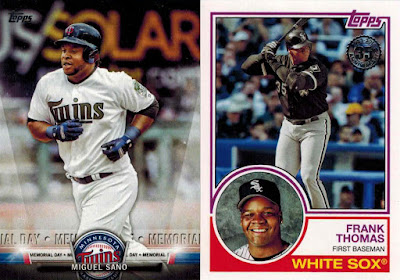 Insert adds for the player collections. 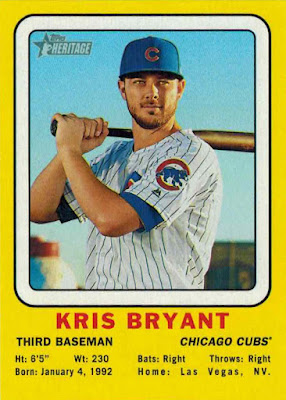 And in the end Joe closed things out with -- you guessed it -- another Bryant!

Ive always felt that the thrill is in the chase, so the fact that there is more out there seems more compelling to me than having one or two new cards to chase every year. Of course, I don't really collect by player, per se, though; so my opinion comes with a grain of salt.

As always, I'm just happy to find a good home for all these very many Cubs cards that seem to come in every pack I buy. :-)

Generous ole Joe! I gave up trying to own ALL the Altuves in the world a couple years back. I add what I can but the numerous parallels have taken the fun out any chase for me. Once insert parallels came along, I was done. He is the only new player actively I collect now. I do keep a few players when pulling their cards but buy so little new product these days.

That 2018 Heritage insert of Bryant is pretty awesome! Love the bright yellow borders. Heck of a way to kick off my work day.

Great batch of cardboard from Joe!