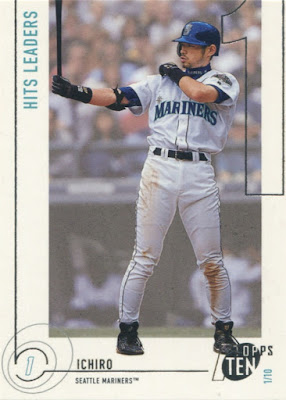 I've been thinking a lot about Ichiro in the wake of the Shohei Ohtani signing (which itself has been kinda overshadowed by the Giancarlo Stanton trade).

I'm hoping Ohtani lives up to the hype because, as fun as it always is when Japanese stars come to the States, not many have been able to string together long-term success here. Ichiro was the first -- and still one of the extreme few -- to do so, soaring above one-year wonders like Hideo Nomo and complete busts like Tsuyoshi Shinjo.

What's more, Ichiro doesn't seem to have any intentions of retiring just yet, even at the ripe age of 44. Perhaps it's the fan in me talking, but I still think the guy could help a young, rebuilding team like the White Sox (though that itself might be the hometown bias in me talking).

All this led me to my toughest Top Five task yet: selecting my five favorite cards of Ichiro -- less than one percent of my total collection of his. 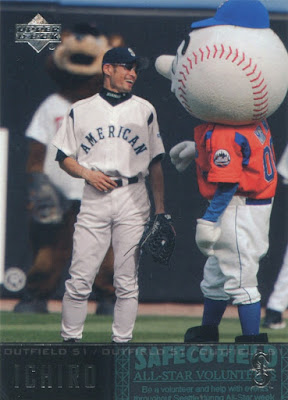 I've spent the last thirteen years of my life wondering what Mr. Met could possibly be saying to Ichiro here. 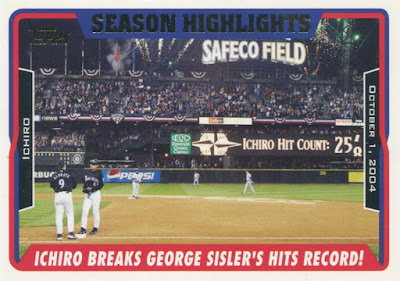 Ichiro is my favorite current ballplayer, and a lot of that comes from the fact that he represents the game as it was played decades before I was born.

There just aren't a ton of contact hitters left in baseball these days, guys whose prime focus is to simply put the ball in play. This, to me, is just as much fun as watching big Aaron Judge-like sluggers (if not more so). With the plethora of whiffs in today's baseball, George Sisler's single-season hits record must've seemed darn near unbreakable before Ichiro came along.

But alas, Ichiro did the unthinkable on October 1st, 2004, collecting his 258th hit of the season, eclipsing Sisler's mark and paving the way to the staggering 262 hits he'd finish with that year. 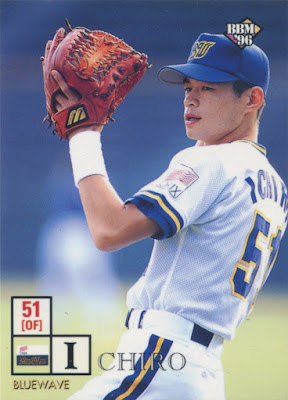 This, a Christmas gift from Dad last year, is the newest addition to the Ichiro Top Five.

Just when I'd given up all hope of ever acquiring one of Ichiro's Japanese cards, there it was, and my collection instantly became about a hundred times better in that single moment. 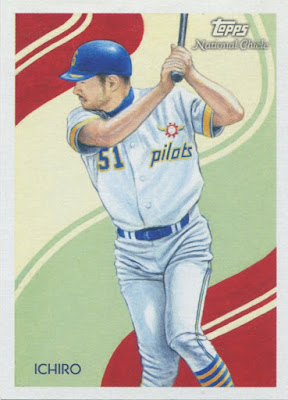 If Topps sat me down and said Here, Nick, design a baseball card you've always wanted and we'll print it for you, there's a good chance that this is what I would've come up with.

Sure, it might not be factually accurate -- the Seattle Pilots became the Brewers, not the Mariners -- but who cares about when you have ICHIRO IN A PILOTS JERSEY?!?!?!?!?! 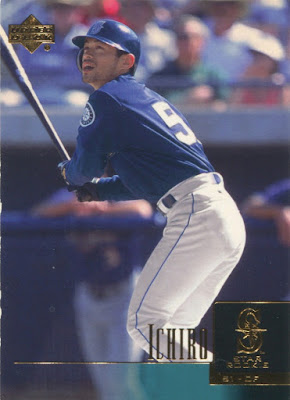 The Pilots Ichiro is by far the coolest card I have of his, but this is the one with the most meaning to me.

As far as cards go, I don't have many earlier memories than the one I have of being in the backseat of my mom's car one night and pulling this from a pack of 2001 Upper Deck at the height of Ichiro-mania (which would've made me nine years old at the time). It was a big moment for me, and might well have been my very first Ichiro card. I'm betting it was the first big pull of my life, too, a card I knew a lot of people wanted and one I now had.

I don't know where I got that pack of 2001 Upper Deck or what else was in it -- the only thing I remember is Ichiro staring up at me in all his foiled, gleaming joy.
Posted by Nick at 4:07 PM

I do enjoy watching Ichiro for the same reason as you, he puts the ball in play so many ways that it's made my head spin for years.

For my taste, he's one of those players that I would "pay to watch play", much like Alex Ovechkin in hockey.

That Pilots card is amazing.

P.S. That 2010 Chicle card is sweet! That was such a great product with so many cool cards.