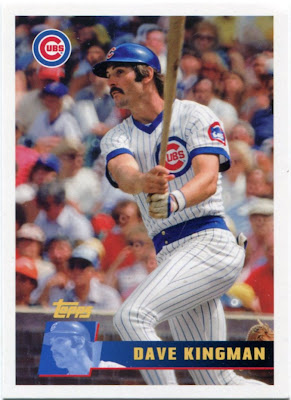 Yesterday was an insanely special day.

On an absolutely beautiful Friday afternoon, I was lucky enough to make the trek down to Wrigley Field to catch yesterday's Cubs-Pirates contest.

Seeing as how I hadn't been to Wrigley in almost two years, such a trip was long overdue.

While there's been a few glimmers of hope here and there, the Cubs have had an atrocious season thus far. And, last afternoon, they faced the best team in the bigs with the Pirates. (Who'd have thought?)

Unsurprisingly, the Cubbies took a 6-2 loss. The Bucs were bolstered by Francisco Liriano's second career complete game. (The first was his no-hitter against the White Sox in 2011.)

Still, despite the loss, anytime I can take in a game at Wrigley is nothing short of awesome.

And, as if the day couldn't have been any better, last afternoon's stadium giveaway was the second of four 20-card Topps Archives Cubs sets, given away to the first 10,000 fans in attendance.

My dad trudged through quite a bit of crappy weather to land me the first series. This time around, though, we both got to see the game. And the weather was much, much nicer.

Just minutes after we walked into the hallowed stadium, I ripped open the giveaway pack. The first face to greet me was Dave Kingman, one of my all-time favorite Cubbies.

The '96 Topps design isn't one of my favorites, but I think we'd all agree that this is still one awesome piece of cardboard.

It was definitely a sign of things to come. 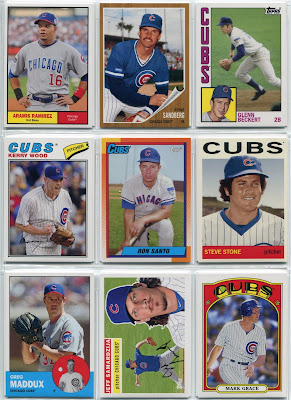 Topps once again did a nice job with their set selection this time around.

With the exceptions of '61 and '90, all of these are probably amongst some of the best releases Topps ever put onto the market. The '72 Grace is a particular favorite of mine.

And, although I'm not a fan of the 1990 design, it's hard not to like anything of the late Ron Santo.

The inclusion of Steve Stone was a nice surprise, as he doesn't have many Cubs cards to begin with. It's just the fifth one in my binders at the moment. (All the others are vintage pieces.)

I'm not sure why that thing ever managed to see the light of day. 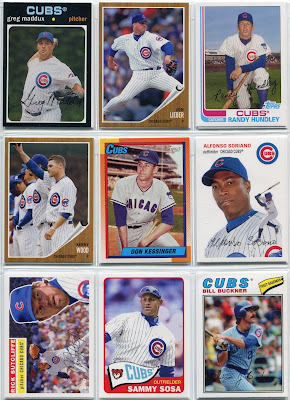 As far as designs go, I'm giving the nudge to this latest Wrigley Field Archives set.

If we're talking player selection, though, I think the first set slightly outdoes this most recent one.

Seriously, does Jon Lieber really need to be in this set?

The guy did have a 20-win season on the North Side, but I have to believe that Topps could've found a more worthy candidate.

Aside from that, however, I have absolutely no gripes with the second Archives installment of Cubbies. Lieber (and Sosa) aside, it was gem after gem after gem.

Kerry Wood's second card is another masterpiece, featuring a great "tip of the cap" shot on the nice '62 design.

And, again, although I don't like the 1990 design, I still have to give a great deal of props to Topps for that Kessinger.

Sadly, he's a guy you just don't hear too much about nowadays.

He's a North Side legend, though. 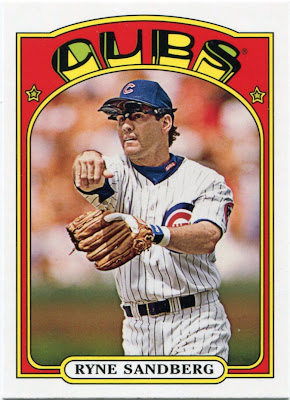 The second Archives series closes out with a great shot of "Ryno" (sans-mustache) on the legendary '72 Topps design.

So, if you're counting, Topps managed to squeeze fourteen different designs into this 20-card set.

Now that's a fun-filled checklist if I've ever seen one.

And, to top it all off, I received two extra batches of these in-demand sets upon our entry into Wrigley last afternoon. While I don't usually like to sell cardboard all that much, I already managed to get rid of them on the 'Bay for a nice deal of extra National funds.

More than that, though, I'm ecstatic to have the second installment of Wrigley Field Archives in my collection.

I'm not sure if I'll be able to make it to the last two of the four-game giveaway (August 2nd and 30th), but I've already gotten farther with these than I would've ever thought.

They're terrific mementos for a die-hard Cubs fan such as myself.
Posted by Nick at 1:56 PM

That trash-stache is a riot. And I'm surprised they had a card of Aramis since he's with a divisional rival now.

A great stack of Cubbies there, Nick!

That '62 Sandberg made me laugh - I'm not sure I've seen Ryno sporting a full 'stache before!

Cubbies should bring back that uni that Hundley is sporting. Such a nicer logo then the current. I always thought the blue border was way too thick, and they need to drop the "TM" from the uniform.

Those are sweet. Cool thing to exist for your team. Nice.

Someday I hope to save enough space in my card budget to knock out this whole set. Nice get!