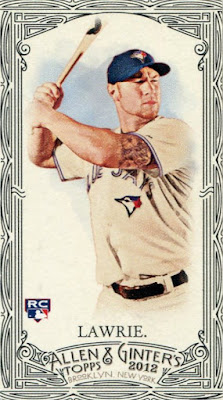 Recently I discovered something nightmarish on my flash drive: a whole scan folder of cards I'd received long ago, yet had never given proper thanks for on the blog.

This is a panic-inducing moment for a blogger. While I never send cards to others in anticipation of being thanked on his/her blog, trade posts have become something like a common courtesy around the blogosphere (even if you're already woefully behind in posting said trades, like myself) which I learned very early on in my blogging career.

Hence, my inner pain at discovering this long-lost scan folder -- so, before I begin, let me extend a sincere apology to all the fellow bloggers/readers who so graciously sent me cards included in this post, and who I so idiotically forgot about. 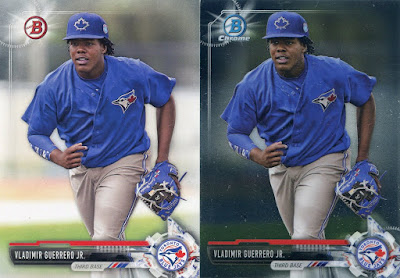 First comes a patented Zapping from the master himself, Zippy Zappy of "Torren' Up Cards."

In addition to the excellent Brett Lawrie mini at the top of this post (whatever happened to that guy?) came these two Vlad Jr. rookies. I don't think I knew Vlad's kid was even in baseball when I received these cards, and I certainly didn't know Jr. was such a highly-touted prospect (nary a day goes by when I don't hear his name now).

It's rare that I induct a guy into my binders without him having a big-league game under his belt, but I grant an exception to Vlad Jr. -- how could I not? 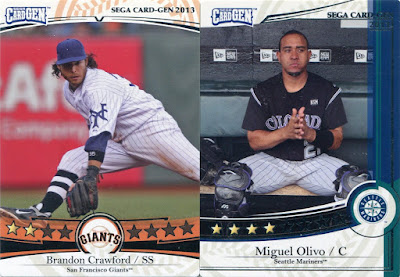 But here are the real heroes of any Zippy Zapping: Card-Gens!

These are next to impossible and/or expensive to find here in the States, so my collection is eternally grateful for the ones Mr. Zappy has bestowed onto me over the years (my goodness -- that Crawford throwback!). 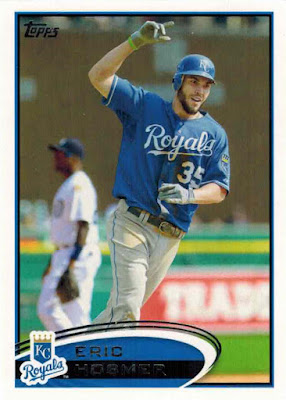 Here's a former Dime Box Dozen need that came from Adam, a longtime friend of the blog and author of "Infield Fly Rule."

Eric Hosmer is a relatively new player collection of mine, which means that many painfully easy cards of his -- like this standard 2012 Topps base -- had been previously absent from my archives and thus the source of much annoyance...until Adam came along, that is. 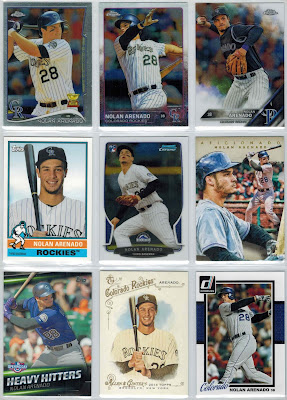 Being a Rockies collector himself, Adam was able to help me out in a big way with another new (and long overdue) player collection of mine: Nolan Arenado. 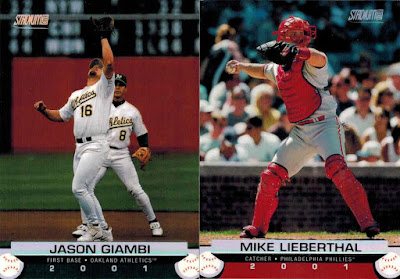 These came from a small lot of 2001 Stadium Clubs I received from Jay of "Cards My Mom Didn't Throw Out" fame, which are much appreciated since I see less of '01 SC than any other year of the brand, for some reason. 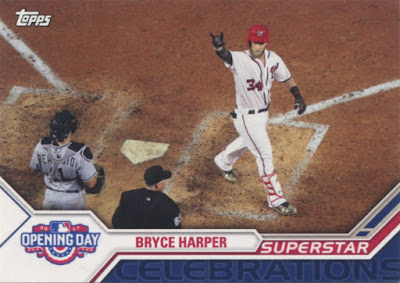 I also received a smallie-but-a-goodie lot from Oscar of "All Trade Bait, All the Time" a while back, which included this Bryce Harper insert, a man who I collect much to my dad's chagrin (he's not a Harper fan, to put it lightly). 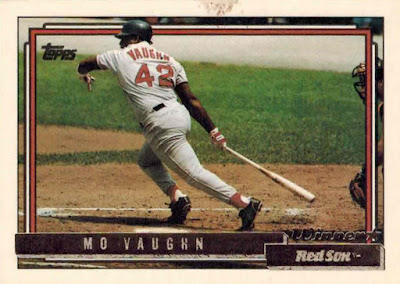 I also connected with a relatively new face around the blogs when Paul of "Scribbled Ink" sent me an email a while back asking if I wanted some cards (um: YES!). 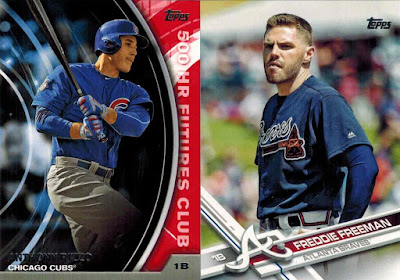 Recent player collection adds, including one of those SPs which pretty much ruined 2017 Update with the Freeman (though I'll admit they're actually kinda fun to accumulate now). 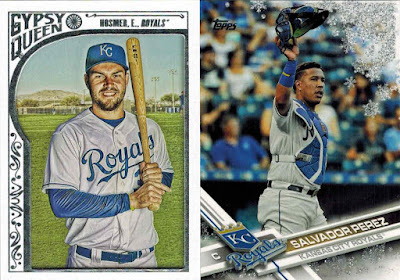 A couple player collection parallels, notably a Metallic Snowflake (there's a Band Name if I ever heard one) from last year's Topps Holiday set. 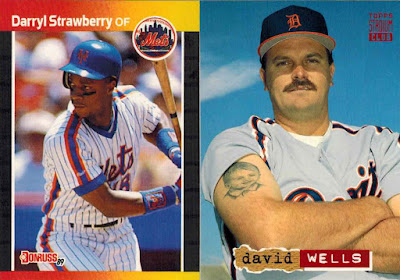 I'm a bit ashamed to admit I still need anything from '89 Donruss, but my Darryl Strawberry collection is still new and I was shocked to discover I didn't already own that one. Thankfully Paul helped save me the embarrassment of actually not being able to find a card from one of the most common sets out there.

The Wells is just a quintessential piece of off-center beauty from mid '90s Stadium Club, featuring a tattoo of Boomer's kid (or at least I hope that's his kid). 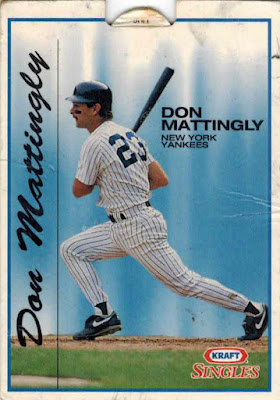 A reader named David has been nice enough to send me a few things in the past, and he continued his generosity with a PWE I received from him a while ago.

You can never, ever go wrong with sending me food-issue oddballs, Kraft Cheese included. 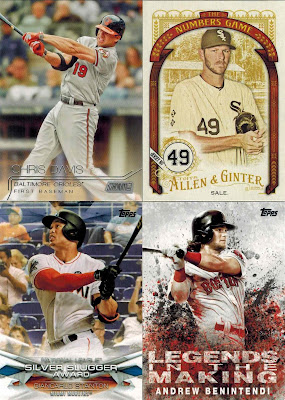 Weird oddballs are welcome, but your crop of standard recent insert needs like these from David are always appreciated as well. 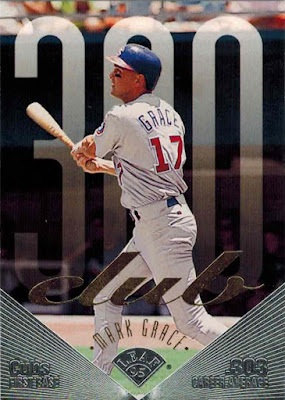 And finally comes a one-card PWE I received from Matt from "Summer of '74" which included this Mark Grace insert I claimed from him on Twitter (I think).

I get a bit giddy anytime I see someone post a Grace card I don't already have (he's the subject of one of my largest player collections), and lucky for me Matt's a Brewers fan and this probably didn't have much of a use for this one. In I swooped.

Again, my apologies to everyone in this post who I so stupidly forgot about -- the cards you all graciously sent me deserved better than to collect dust on my cluttered flash drive.
Posted by Nick at 6:19 PM

"I don't think I knew Vlad's kid was even in baseball when I received these cards, and I certainly didn't know Jr. was such a highly-touted prospect (nary a day goes by when I don't hear his name now)."

This is why you need to start dime box diving while the players are still prospects ;). Good luck finding those Vlads at a dime each now.

Oh man, I'd forgotten completely about those Kraft pull-up cards!

I know you're gonna do an all-Bryce Harper post one day,just to piss me off,haha!

Enjoy those Arenado cards and don't forget to vote for your All-Stars!