Getting high (numbers) at the flea market 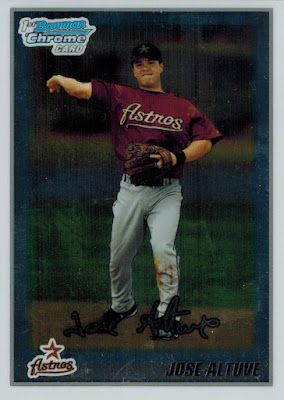 We're both avid collectors, as I've mentioned many times before (the fact that we willfully subjected ourselves to sweltering heat for hours at a time should prove that). My dad was on the hunt for one thing yesterday: records. I, of course, wanted cards. Dad, unfortunately, was largely shut out on the vinyl front. And while I only found one table with anything good (courtesy of my regular card vendor), what a table it was.

For starters, I paid just $25 for what should've been more than $35 worth of cardboard, which means I got this 2010 Bowman Chrome Altuve -- his first major-brand card and a heckuva tough find these days -- for free, despite its original $5 price tag. 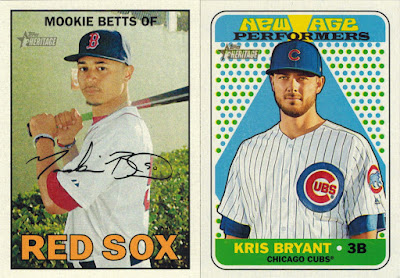 One reason I like my regular card guy is that he has a lot of newer stuff on display, which is a bit shocking since most flea markets don't seem to have anything made after 1970 (and I'm not just talking about cards here).

These Heritage needs were just a buck a piece, an especially sweet deal in the case of the Mookie SP. 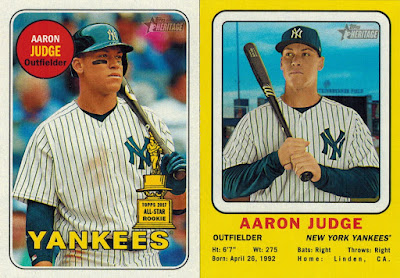 Never in my life did I think I'd find Aaron Judge cards at the flea market -- but here these were, a buck a pop. 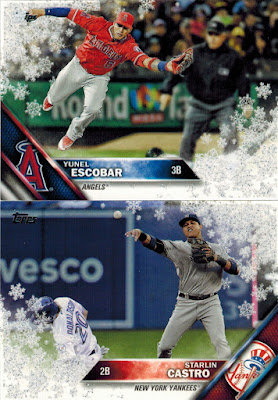 My card guy also had a fun 4/$1 box on display, mostly stocked with recent cardboard.

Among the gets were these Heavy Metal Snowflake thingies (aka the ones with the glitter). 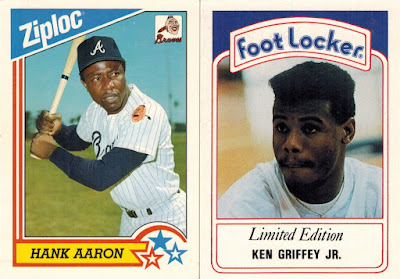 Both of these are player collection needs, and I was happy to purchase them because of that.

But my god: Ziploc > Foot Locker, a million times over. 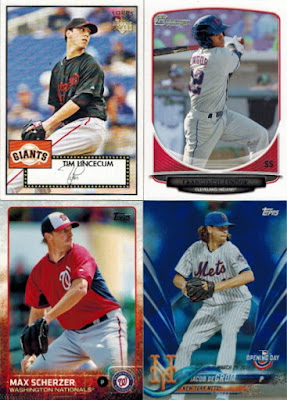 More miscellany from the 4/$1 boxes -- that Scherzer (an SP variation) was an especially fun find since I saw it in this same vendor's dollar boxes the last time I attended the flea market, and was kinda kicking myself for not buying it then.

Good things come to those who wait, as they say. 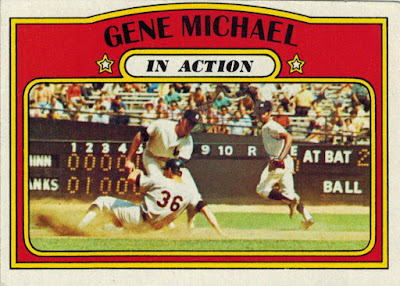 But the biggest surprise waiting for me was the giant box of 2/$1 vintage my card guy had on display.

Cheap vintage is hard enough to find at flea markets, much less vintage of the cheapness and quality of what I found yesterday. Whether at card shows, flea markets, or wherever, discount vintage boxes are usually a wilderness of no-name low-numbers. If you get lucky you might find a minor name or a semi-high number thrown in.

But almost never do you find uber-high numbers like this beautiful '72 Gene Michael In-Action (#714) in cheap vintage boxes. 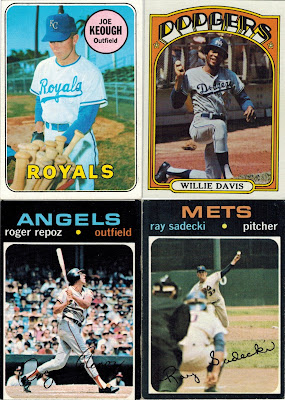 Getting high (numbers) with a few terrific action shots and/or otherwise masterful vintage I'd never seen before for the frankenset. 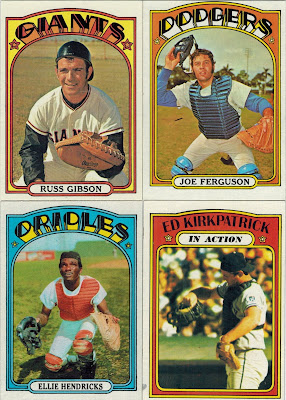 The immaculate beauty of these cards almost has me wishing I played catcher for more than one inning in Little League. 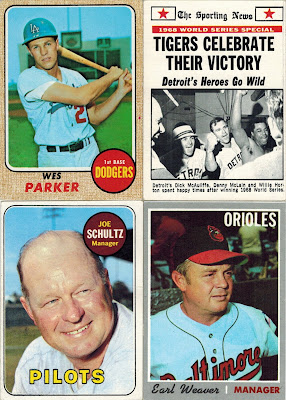 Another quartet of excellent 2/$1 finds.

The Joe Schultz was especially exciting: he's the only manager in the history of the Seattle Pilots and one of the last suspects I needed in my quest to acquire all the 1969-70 Topps Pilots cards (I think I'm only four or five away at this point). 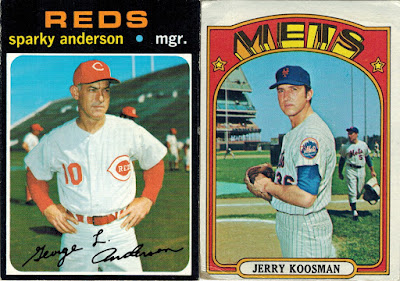 Now this is just absurd: it's one thing to find random goodies and frankenset fills at the flea market, but it's quite another to find high-numbers I've been targeting at shows (to no avail) for many years, like these two.

I almost bought a similar-conditioned copy of that '72 Koosman (#697) for $5 at the last show I attended -- the decision to pass on it is looking pretty good right about now. 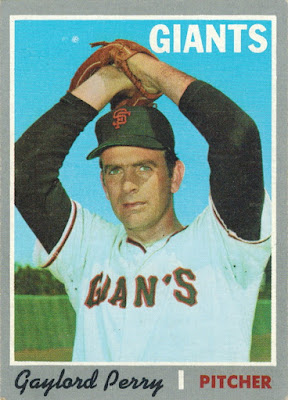 And so Father's Day at the flea market ended with this '70 Topps Gaylord Perry, originally priced at $5 but basically a freebie with the aforementioned Altuve (at least from how I choose to look at it).

While I really wish things could've turned out a bit better on the vinyl front for my dad, it was still a thrill to patrol the aisles of the local flea market with him yesterday. As it will always be.

Safe to say I had myself a good Father's Day, and I'm not even a father.
Posted by Nick at 6:22 PM

Those are some fantastic pickups Nick. I wish my local flea markets had cards that good.

Hey, I got the Lil' Wally record and your gift,im happy!...had a great time!

I can not believe the condition on some of those vintage finds! It almost looks like you're getting ready to start working on the '72 set.

Great cards... especially the Altuve and the Schultz. Speaking of the Schultz... seeing that card reminds me that I need to read Ball Four.

Great stuff as usual Nick! Wish I could find worthwhile cardboard at my flea market.

Beautiful batch of catchers there. One thing you do with great regularity Nick, is introduce me to a card I never knew I needed. This time, it Keough! I am adding this to my want list. What a beauty!

Great cards. Love the Altuve and Aaron cards. The older cards are some nice finds. I also like the holiday cards. Nice post.