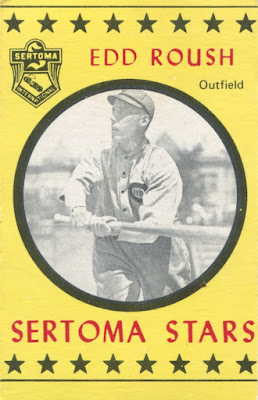 One reason I remain a devotee of the blogosphere is the fact that I can come here and read about baseball cards anytime I start to feel like I'm getting the mean reds, which, lately, has been a bit more often than I'd like.

Even better for the mean reds is a masterful trade package in the mail, such as the assortment of mean Reds (mean being used in the positive sense here) and others I received from Matt of the recently revived "Red Cardboard" blog recently. 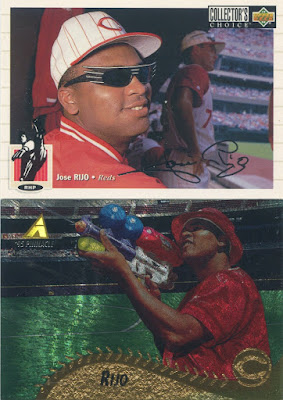 I'm not a team collector, but I always enjoy getting dupes from devout team collectors like Matt because their extras are better than many entire collections and often consist of cards I need.

These two Jose Rijo parallels were welcome sights -- and it seems to me that Rijo may well have the highest Memorable Card percentage of any player ever. 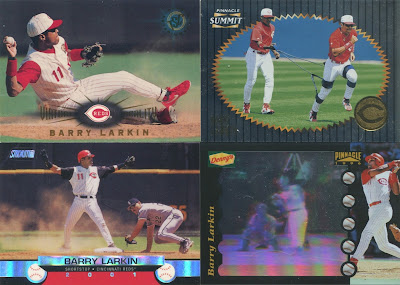 Barry Larkin is one of those middling collections for me -- I pick up cards of his here and there with little consistency or vigor.

But these four were each much appreciated, including a parallel of the famous "leash" image from Pinnacle Summit (which is really the only positive thing I can say about Pinnacle Summit).

A couple terrific minis here with another Larkin and my first card of Negro Leaguer (and Hall of Famer!) Pete Hill from the stunning Helmar brand. 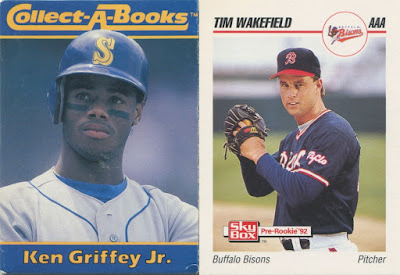 Oddballs, including a minor league Tim Wakefield which was one of my favorite pieces of this trade package. 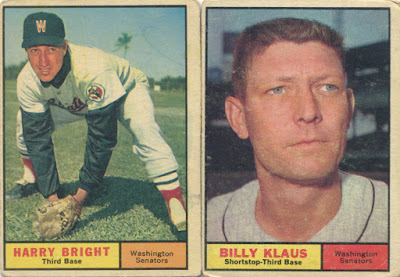 There was a time in my younger years when I'd buy any and every Washington Senators card I saw.

I don't chase Senators with much vigor anymore, but I certainly won't turn down any that come my way (especially of the vintage variety) because the novelty of owning cards of a team which no longer exists is still a thrill. 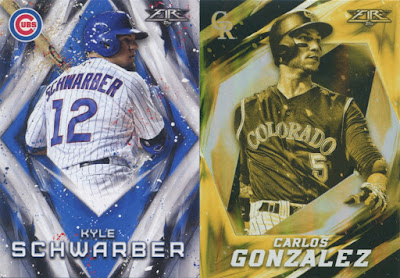 Topps Fire: a set which I should probably hate but actually kinda like. 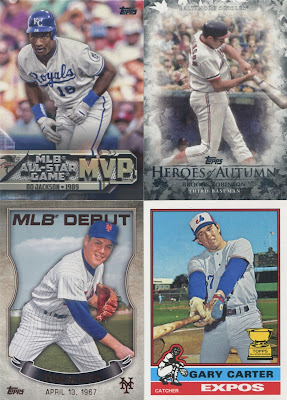 I always love when fellow traders take a stroll through my want lists, as Matt obviously did with this mix. 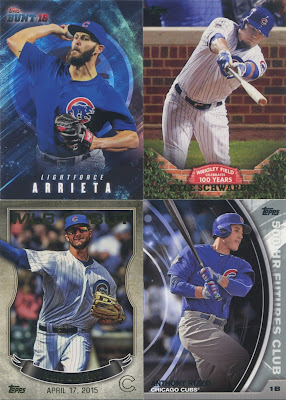 An already well-rounded trade package was made even more so by this nice helping of Cubs, a longtime rival of Matt's mean Reds. 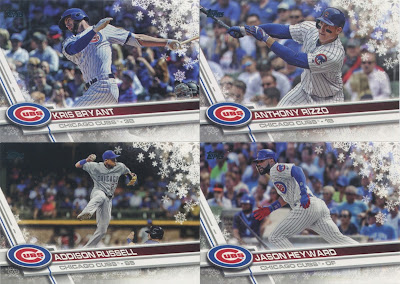 These were, at the time, my first looks at the 2017 Topps snowflakes, and while we're on the topic -- why is there snow on the ground outside in the middle of April? 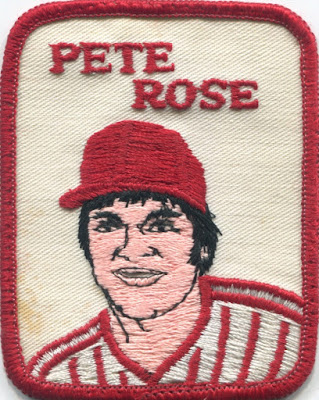 But perhaps the most intriguing cards in this package came in the form of a couple nifty oddballs -- firstly, this one, which allows me to honestly say I could stitch a patch of Pete Rose (or at least some weird cartoonish version of Pete Rose) to my jacket if I wanted to.

I have absolutely no information about what these are except for the fact that I also found a Mark Fidrych at a card show a while back. 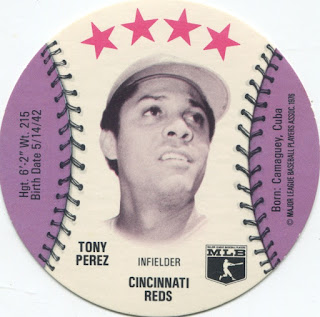 And while I still have yet to find a good way to store these '70s discs (or any other disc-shaped cards, for that matter), I'm always happy to add them to my collection, especially when they feature big names like Tony Perez here.

With trade packages like this one from Matt -- featuring minis, Senators, discs, and just about everything else in between -- who has time for the mean reds?
Posted by Nick at 5:55 PM

That Perez disc card is really nice but those 61 Senators ... man, those are just great. Reading this post reminds me, I have a return I've been meaning to send to him from his purge over the holidays.

The Rose patch is from 1978 produced by the Penn Emblem Co.

Cool package. I use 4 pocket pages for the discs

Those iron-on patches were all the rage in the late '70s -- at least as far as advertising goes. They were in all the baseball periodicals, like Baseball Digest and The Sporting News.

You should collect Rijo. A number of his ‘90’s cards feature him with crazy shades on, shooting a super soaker, or both.

The Reds record right now is the meanest thing of all.

Someone just showed off one of those patches on their blog. Very cool item. Also enjoy reading any post that involves a Helmar.