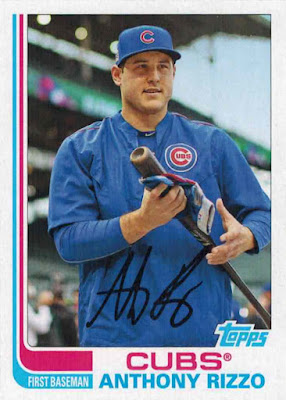 As I scroll through the names I've covered in past Top Five posts, I realize I've somewhat subconsciously focused on older subjects throughout the life of this series.

A lot of that is because guys from the generation before mine ('70s and '80s) simply seemed to get more memorable cards. But is that really true, or is the passage of time just playing tricks on my mind? It is, after all, tough to deem something memorable while you're actually living through it. But still, I do get the feeling that we might not be recalling a lot of cards from today's Flagship 20-30 years from now at the drop of a hat.

All this isn't to say that today's players aren't getting good cards, though: I was able to assemble today's Top Five list of Dime Box favorite Anthony Rizzo with ease. 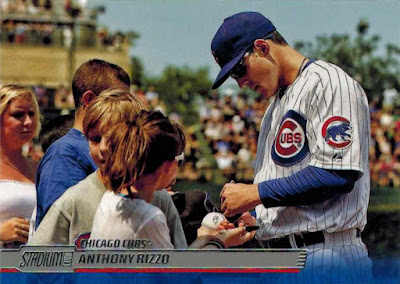 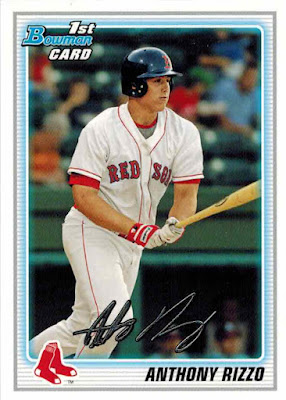 As if being a Cub great and all-around good guy wasn't enough to make me collect the guy, Anthony Rizzo also has a glorious zero-year card to his name.

Rizzo was drafted by the Red Sox in 2007 but was dealt to San Diego in the Adrian Gonzalez trade before ever suiting up for Boston -- but, much to the delight of this zero-year fanatic, that didn't stop Bowman from making a card of him with the Sawx. 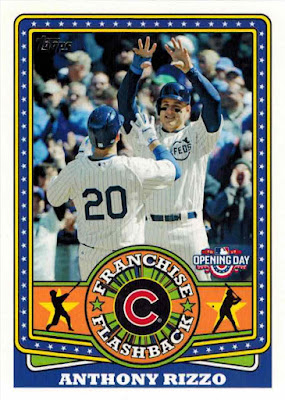 It's not every day you see Federal League throwbacks. 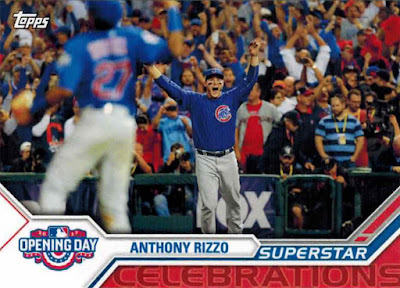 The exact moment 108 years came to an end (and why are there no Superstar Celebrations in Opening Day this year?!). 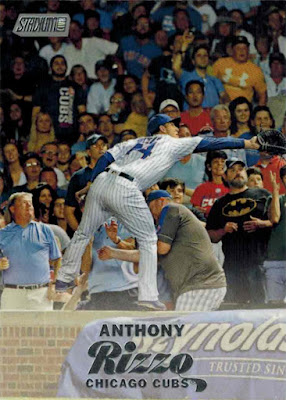 Flagship may still be good for the consistency and tradition it represents in the hobby, but no one can hold a candle to Stadium Club in terms of producing just plain brilliant cardboard. I continue to be astounded by this Rizzo, a perfect image of a man who has a knack for making wall-climbing catches.

For now, it's the most memorable card in the still-forming legend of Anthony Rizzo.
Posted by Nick at 2:23 PM

If you went back and looked at all of these Top 5 posts... I'd bet a high percentage of them include a recent Stadium Club card. That #1 Rizzo is sweet!

Rizzo has some great cardboard to choose from. I looked through my 100+ Rizzo cards before reading your post and I came up with the same card for #1. :)

Nice collection of ya' boy!

The Feds uni is my favorite here followed with 17 StC. what an athlete!