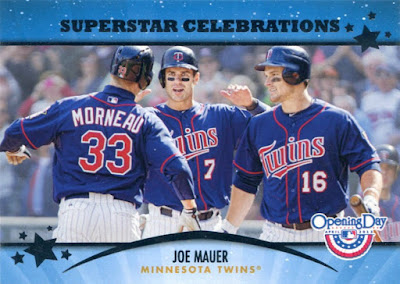 This was probably the least eventful New Year's I've ever had -- I worked until 10 at night, didn't watch the big 5-4-3-2-1 countdown, and went to bed shortly after midnight.

I've never been one for resolutions, especially when it comes to my cards. My collection really isn't structured in much of a goal-oriented way and it doesn't make much sense to start now. Any of my hopes for 2018 mainly come via this blog, and one of the key mandates is something I'm addressing in my very first post of the year: catch up on my trades, dammit!

Packages like this one, which I received from none other than Greg of the hallowed "Night Owl Cards," have been sitting in my trade folder for several months now, and that's just egregious. 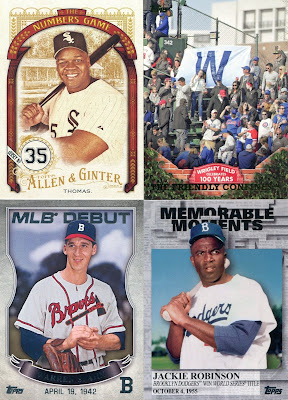 It's not that composing trade posts feels like a chore (they're actually among my favorites to write), it's just that they get lost in the shuffle after a big pickup or card show haul or whatever else sometimes.

And although they might seem like old news to some by now, I was still thrilled to check off several recent insert needs off my want lists with this quartet from Greg (who, ironically, just yesterday posted some cards I recently sent him). 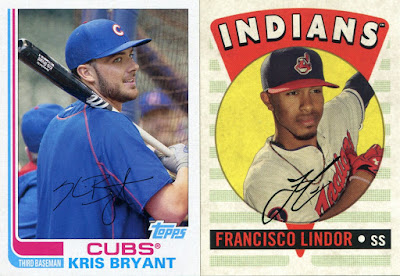 I bought more Archives than any other 2017 brand, but these both managed to slip past me while I was pulling triples and quadruples of other cards because of the dreadful collation. 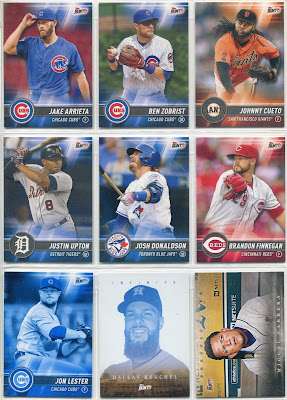 Unlike 2016, my box of 2017 Topps Bunt didn't yield a complete base set, but thankfully people like Greg are around to help me close the gaps. 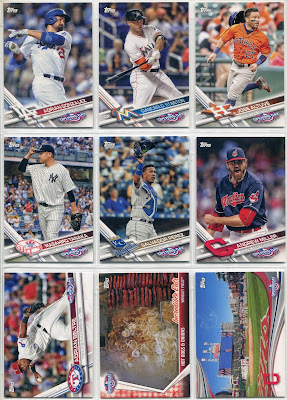 I've been trading with Greg for about six years now, and he's always been one of the deadliest forces when it comes to my want lists. 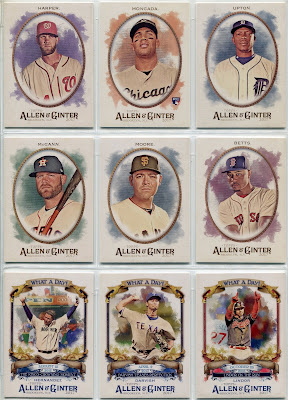 Also among Greg's attack on my want lists was this page of A&Gs, including a handful of "What A Day!" inserts which, from what I can gather, not many people besides myself liked. 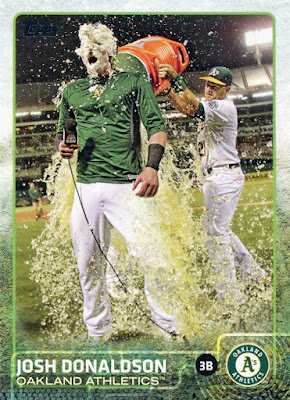 This Gatorade shower/pie-in-the-face/interview (wow!) Josh Donaldson is a coveted photo-variation SP and instantly takes its place near the top tier of my player collection of his. 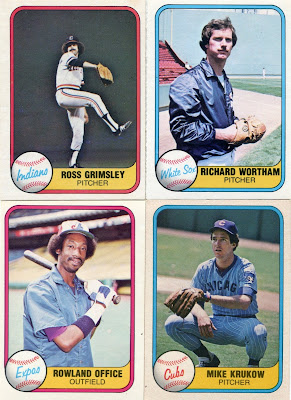 Greg knows a quick way to my heart: left-of-center shots from early Fleer.

I've flipped through stacks of '81 Fleer on countless occasions, but even now, I still always manage to find great cards that have passed me by all these years (and that's perhaps the most epic Green Monster cameo ever on the Wortham). 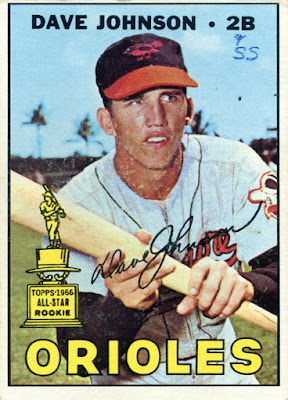 And here's an even quicker way to my heart: vintage!

This one card single-handedly captures so many things I love about old-timey cardboard -- a posed bunt, a gloriously large Rookie Cup, and a nice, basic Topps design without bells and whistles. And don't sleep on that "& SS" written under Johnson's "2B" designation, pencilled in (or, in this case, penned in) by some unknown young collector who I like to imagine was a baseball nut not unlike myself.

I don't believe I'd ever seen this '67 Davey Johnson before Greg sent it to me, and if I had, I stupidly passed it up. Just goes to show that sometimes my trading partners know me better than I know myself a lot of the time.

So here's to 2018, a year which I hope goes down in history as one where I did better by the many people who were generous enough to beef up my treasured baseball card collection.
Posted by Nick at 7:38 PM

Happy to start the year off right for you!

I've gotta track down that JD Gatorade card. Lol... unless they're selling for big $$$... which it probably is.