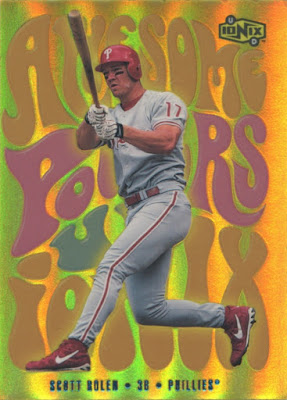 Is there anything more '90s than an Austin Powers-themed baseball card?

I doubt it. It hurts me a bit to admit that this UD Ionix "Awesome Powers" Scott Rolen was actually issued in 2000, but make no mistake about it, this about as '90s as the '90s get. Austin Powers was one of the first movies I remember really enjoying as a young lad (even if I didn't get all the jokes at the time), and until recently, I had no idea these groovy inserts existed.

So when I saw it pop up on the prestigious "Baseball Card Breakdown" a while back, the natural reaction was to say GIMME! to Gavin. 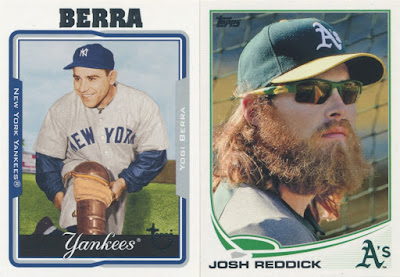 As I've mentioned before, however, I get a bit insecure when requesting cards off other people's blogs -- I guess I feel bad about commenting with the sole intention of wanting something.

But sometimes certain cards are just too awesome to let minor insecurities stand in the way of adding them to my collection, so I let myself live dangerously and asked for the Rolen from Gavin, later adding these two trade bait gems to the request pile. 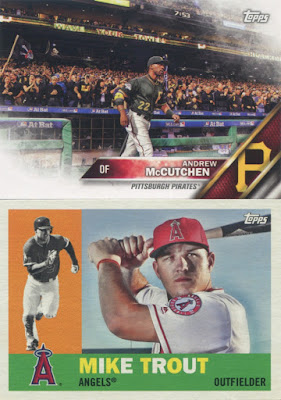 But Gavin, like the great person he is, sent them to me without a second thought.

And darn if Gavin doesn't offer up some great trade bait on his blog -- the McCutchen was another request of mine, and the first of Topps's specially made New Era inserts I've added to my archives (because I personally haven't worn a baseball cap in about fifteen years).

The Trout is a much appreciated 2017 Archives need because it's almost impossible getting anything of his if I don't pull it from a pack. 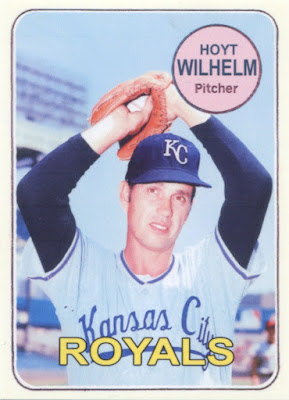 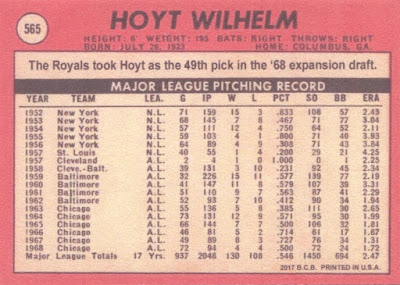 But here's something I didn't request from Gavin, and was thus a complete surprise for me -- a zero-year Hoyt custom!

'Tis correct: Hoyt was, very briefly, a Kansas City Royal for about two months in 1968. The then-expansion Royals drafted him from the White Sox in October of that year before dealing him to the Angels in December before he ever played a game in Kansas City.

Hoyt's non-stint as a Royal has long been a cardboard fantasy of mine, and Gavin singlehandedly made that dream come true. 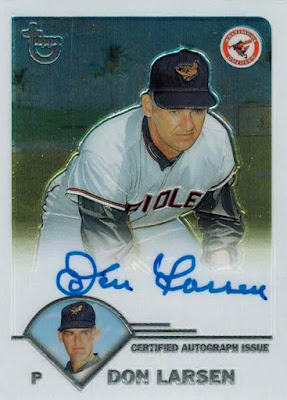 But that wasn't all from Gavin because, on the very day the calendars shifted from 2017 to 2018, I was lucky enough to win a New Year's contest on his blog.

Not a bad way to ring in the new year if I do say so myself, not the least of which was because the flashiest item of the lot was this fantastic Don Larsen auto which earns bonus points for featuring his obscure stints (1954 and, eleven years later, 1965) as an Oriole. 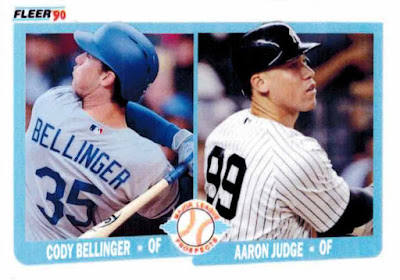 As expected, a handful of Gavin's awesome customs were part of the contest haul, including this dual-ROY riff on 1990 Fleer. 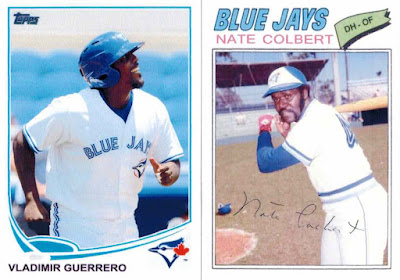 A couple custom zero-year Blue Jays, including another dream card from another major player collection with (2018 HALL OF FAMER!!!!!!!!!!!!!!!!!!!!) Vlad, who played briefly in the minors with Toronto before retiring in 2012. 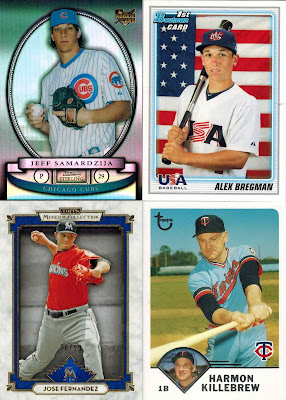 More miscellaneous winnings, including a scarce parallel of the late Jose Fernandez and a sweet Topps Retired Killebrew. 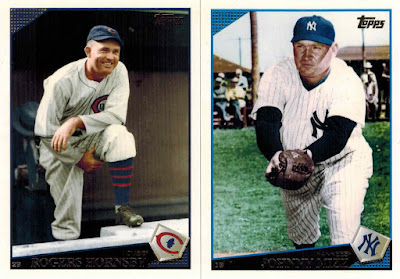 Part of Gavin's prize included a few 2009 Topps Legend SPs I'd, once again, previously claimed off his blog.

I felt those same insecurities I described earlier, but you can't throw cards like these at me and not expect a response. 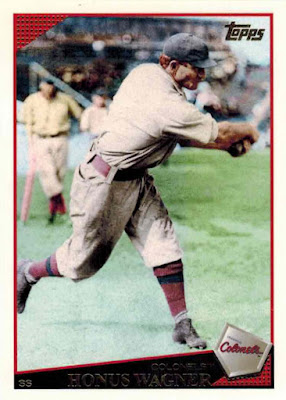 Especially when one of them features something I'd never before seen on a baseball card: Honus Wagner as a Louisville Colonel.

Though it often gets lost to history, "The Flying Dutchman" began his career in the late-1800's with the now-defunct Colonels. While the franchise folded after the 1899 season, the team's owner bought the Pirates and transferred most of Louisville's best players (including Wagner) to Pittsburgh.

This one'll go in my Pirates binder for now (mostly because I can't have a Louisville Colonels binder with one card in it), but I'll forever be grateful that Topps decided to document such a forgotten bit of baseball history. And not to mention Gavin for adding it -- and all the other gems in this post -- to my collection.

As Austin Powers would say: this kind of thing is my bag...baby.
Posted by Nick at 6:48 PM

That custom Hoyt is great.

I wouldve guessed the Honus Wagner was a custom!...cool Topps yhouggt outside the box!

Gavin's customs are second to none. Love that Colbert!

A Berra and a Larsen. One image comes to mind. Great rare (1/1?) Hoyt for your collection.