The evolution of a card show mind 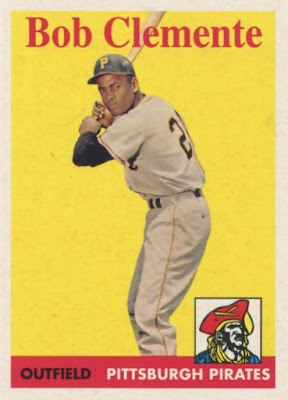 My buddy Robert over at "$30 A Week Habit" mentioned something in a post the other day that got me thinking, and it couldn't have come at a better time because I'm long overdue in showing some cards he sent me a while back.

I'll just quote him directly: "For the longest time while attending card shows, it seemed as if I was going for cards/dealers that were selling cards for dollar/two dollar amounts...there were times I came home with a bit of an empty feeling. I'd spend 50-60 bucks, and end up with 20-30 cards."

Robert's words struck me because I was the exact same way for a while in the days before I started this blog. Much of my card show experience back then was comprised of pillaging dollar/two-dollar boxes for cheap jersey cards, which I was big into at the time. I'd spend a good deal of money, but come back with only a small stack of cards to show for the effort, and I doubt I still own much (if anything) from those digs.

I'm certainly not opposed to dropping a good chunk of change on a card every now and then -- I forked over $30 for a real copy of this '58 Clemente last year (now supplemented by a reprint of it from Robert) -- but my days of heavy dollar-box digging are all but over. 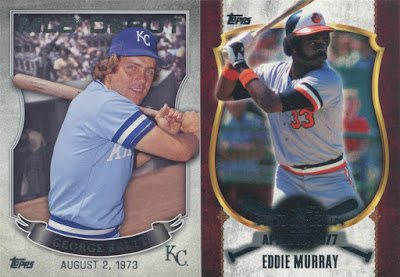 But I've gone completely the other way on the spectrum as well, and I can say that was every bit as unsatisfying.

There was a brief time in my youth when -- still fresh from the relative emptiness of those dollar-box jersey card days -- I refused to spend more than a buck or two on anything I purchased at a show. 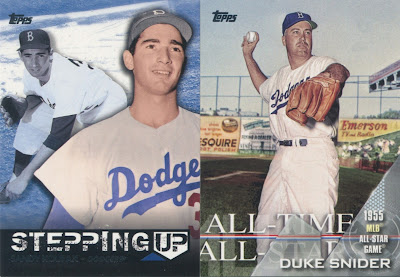 This strategy quickly became problematic because, while I'd come home with piles and piles of dime box finds, the number of cards I came home with seemed to be more important than simply enjoying what I'd actually found.

It's never a good sign when quantity starts to overtake quality in this hobby, and thankfully, I quickly managed to catch myself from falling too far down into that rabbit hole. These days, I think I've managed to strike a good balance between the two ends of the spectrum.

The bulk of my finds usually come from dime/quarter boxes, but I'm always open to dropping a bit more cash on a card if I feel the price is right. I don't always come home with '58 Clementes, but I do usually have a few big WOW items mixed into my bag on the return trip from most shows.

It's an overused cliche, but it applies here: my card show mind as it stands now really does provide me with the best of both worlds. 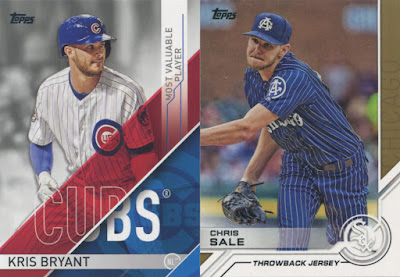 And if people like Robert send me cards that could well save me dimes and quarters at future shows, well of course I'm all for that.

Everything you've seen in this post thus far came from Robert, including these two hometown inserts and an awesome Negro League throwback, to boot. 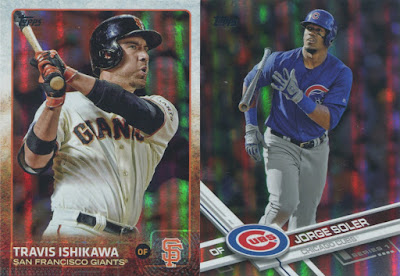 Rainbow foil parallels of a couple dudes I collect. 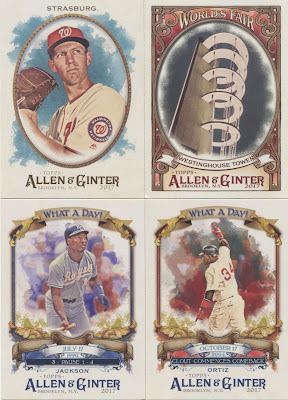 And some more dudes/objects I needed from 2017 A&G, including a Westinghouse Tower insert from the "World's Fair" insert series which I've since completed. 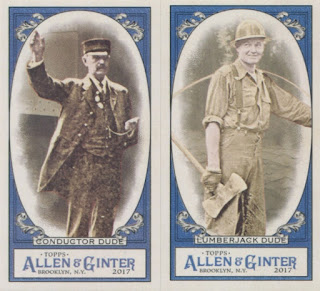 And then: ACTUAL DUDES! 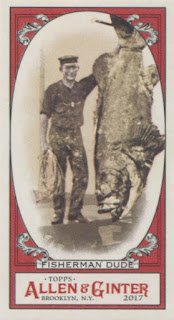 I've had surprisingly little luck locating such Dudes at my local card shows, so these were much, much appreciated, as was everything else Robert sent over.

And I guess if I've ingrained one thing into my card show mind over the years, it's that one thing should never mean everything.
Posted by Nick at 5:49 PM

One rule I've been working on is "it's ok to leave empty handed." There have been times at a reeeeally bad show or an estate sale that has cards or memorabilia that I feel to pick up...something....anything. I'm much happier just saving that cash for when I find a really loaded quarter or dime box.

I'm actually at a point where I need to swing the pendulum back toward hitting the dollar cards. Lately I've been going crazy with the dime boxes but then I end up with quantity more than quality. Like you said, it's about finding a balance.

That is some good advice. I’m going to my first card show in 2 weeks and that’s what I’m going to try to do and hopefully I’ll come away with a bunch of great cards that will add depth to some of my binders but also value and enjoyment.

Awesome set of Dudes! The LCSs I have been to didn't carry any of the Dudes inserts which was very surprising to me so I'll likely have to scour card shows.

At this point I'm just jealous of anyone who can find things at card shows that fit their collections. I usually end up just getting some nice deals on cards I know others might like.

The Card Show Mind. Best Of Both Worlds. Resistance Is Futile.

I think I'm getting to the point where I'm going to have to purge my collection because volume is starting to cloud the quality of what I have. Or maybe I just need to move a bunch of dupes and empty binders....

Headed to a card show next weekend. I seriously need to avoid dime boxes due to a lack of storage space... but I'm sure I'll cave in. My latest card purchasing philosophy is less is more... and focusing on specific singles I really, really want.