Through a hurricane and into my mailbox 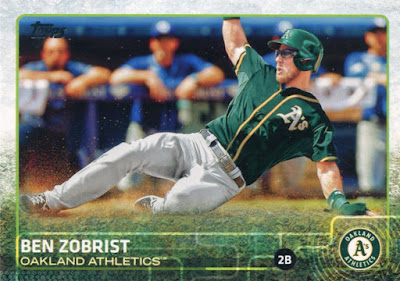 I worked out my first trade with Hunter H. of the relatively new "Braves Country Cards" blog a while back.

Hunter's blog looks to be dormant for now, a hiatus I hope is only temporary since he put together an all-star package to send my way. But perhaps even more notable than any of the cards I received was the route they took to get to me -- specifically via an email I received from Hunter a few days after we'd worked out the trade, apologizing for a slight delay in shipping with the following:

We're in a tropical storm down here...so I may not be able to make a trip [to the post office] in the next day or two, but I will try soon as possible.

Hunter lives down south, and that tropical storm he referenced was actually friggin' Hurricane Harvey. The guy walked through the aftermath of perhaps the most destructive natural event of my lifetime to mail cards out to me.

I feel like that could be a premise for a somber black-and-white art film or something. 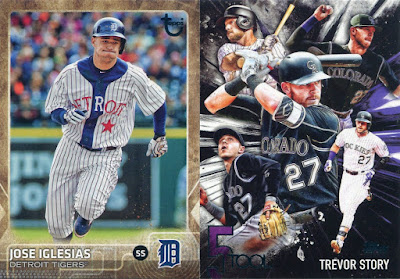 In addition to the Zobrist -- a former Dime Box Dozen need -- came these two goodies, including another check in my snail-like quest to get all the throwback SPs from 2015 Update. 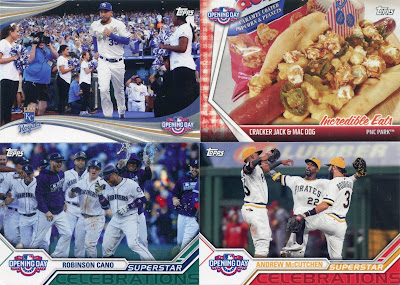 A quartet of fun Opening Day insert needs, although I must say I'm disgusted by the idea of Cracker Jack and Mac & Cheese on a hot dog. 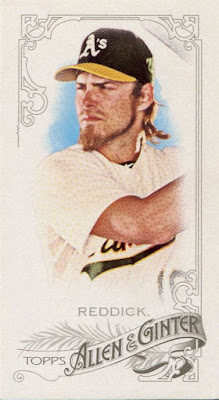 Also thrown into the storm was this Josh Reddick A&G mini, a guy whose presence is a major reason why I'm rooting for the Astros in the World Series. 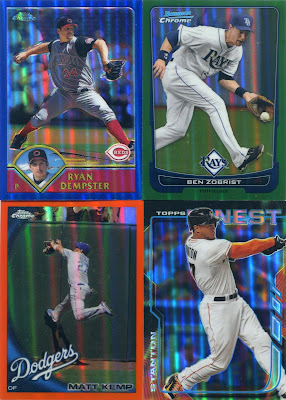 Thanks to Hunter, these four player collections just got a bit shinier. 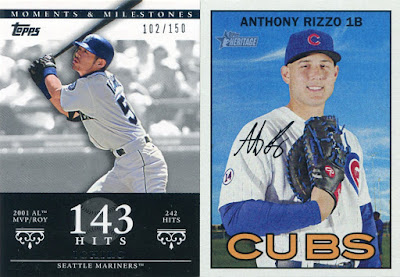 Also present was a Heritage SP of Anthony Rizzo that would've cost me an arm and a leg where I live, and an Ichiro which seems like an tiny atom in the 12,569-card universe that is 2008 Topps Moments & Milestones (no, that's not a typo). 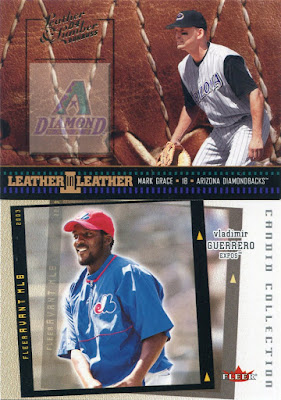 Hunter made sure to take care of my two largest player collections with Ichiro and Vlad.

But he also added a new Mark Grace to my binders -- a thrill even if it is icky Diamondback Mark Grace -- which I'm fairly sure is my third-largest collection though I can't say for sure (further reason to actually go through and total up my player collections one of these days). 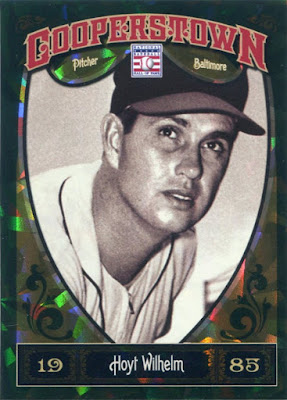 Finally, Hunter closed up shop with a rare feat: he found a new HOYT!

This (I think) is something called a Green Crystal Shard parallel from 2013 Panini Cooperstown. Attach all the unnecessary adjectives in the world to it, Panini: all I care about is that it's a Hoyt I didn't already have.

And once again, since I'm still not quite sure I believe it: Hunter walked through the dying breath of Hurricane Harvey to send this supreme mix of cardboard to me.

To say I'm flattered would be an understatement.
Posted by Nick at 6:09 PM

I had cracker jack mac and cheese dog while at PNC Park few months ago. I find it sweet and tasty from the caramel they drizzle on it. Instead regular hot dog bun its in a pita bread

The Cracker Jack & Mac Dog doesn't sound very good. But there was a time when I thought eating raw fish was disgusting too.