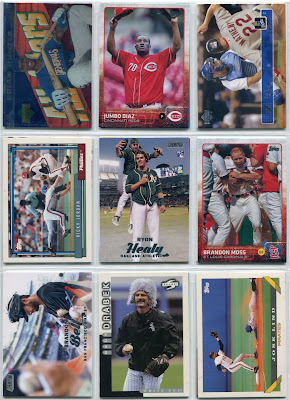 (Chances are I'll be at work when this post airs, so enjoy this week's page -- one of my personal favorites of the binder thus far -- as I negotiate the wonders of customer service land.) 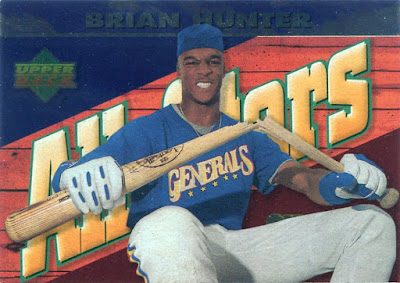 Our first hero number of the frankenset, and an impressive display of brute force. 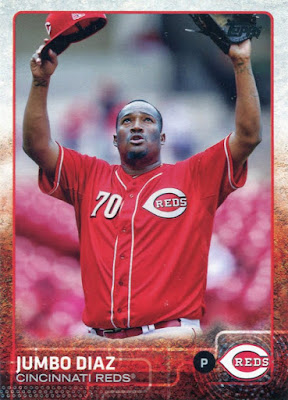 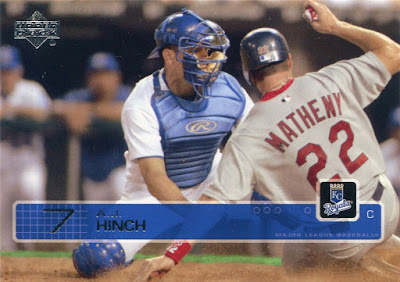 One future manager tagging out another on this foreshadowing PATP. 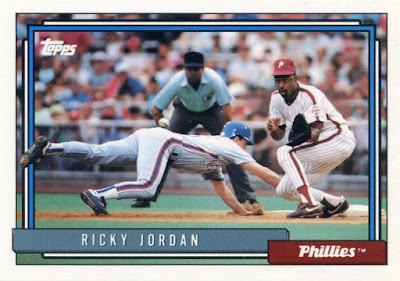 Easily one of the best cards from my birth-year Topps set. 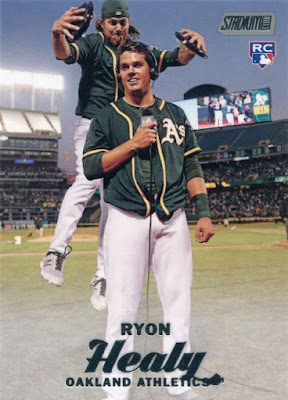 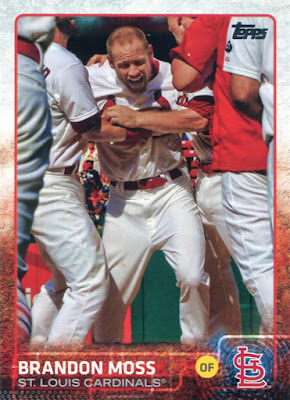 That is one claustrophobic baseball card. 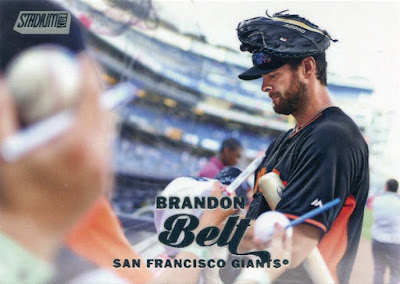 A second helping of 2017 Stadium Club, complete with a treasured glove-on-head autograph shot. 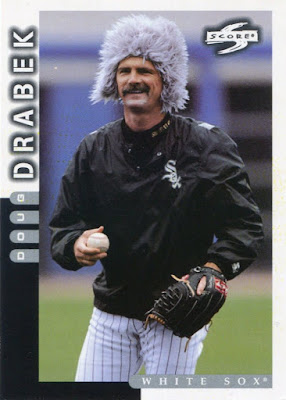 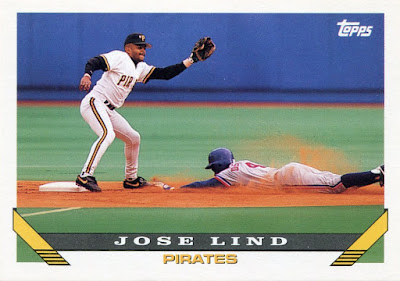 This has always struck me as one of the most dramatic cards I own. 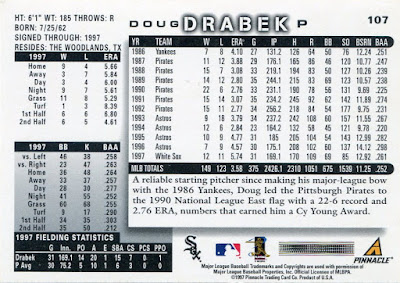 Somehow I missed out on knowing that Doug Drabek once won a Cy Young (Pirates, 1990), a fact made all the more shocking when you consider legends like Nolan Ryan and Juan Marichal never even won one.

2) The nickname "Jumbo" understandably stems from his massive 6'4", 315-pound frame, though it also came about because his original club -- the Dodgers -- already had a different Jose Diaz in their system at the time and needed an easier way to distinguish the two.

3) Jumbo had been pitching in the minors since 2002 before finally reaching the majors with the Reds in 2014.

Moss had only been a Cardinal for a little over a month at the time, but it didn't take long to acclimate himself to his new club: his knock gave the Cards a 3-2 win over the Rockies that sunny Sunday afternoon.

Best of the Rest 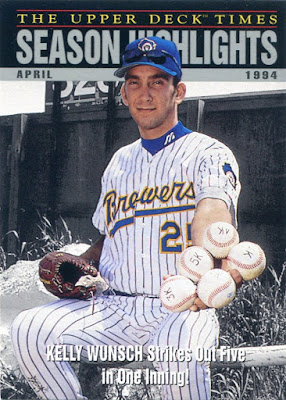 Striking out four guys in an inning as odd enough...but five?

Sure enough, then-Brewers prospect (and future White Sox lefty specialist) Kelly Wunsch fanned five batters in a Single-A game in April of 1994, as documented on this terrific UD Minors card which also showcases Wunsch's equally uncanny ability to hold five baseballs at once.

Wunsch also took the loss in that game, by the way, a clear example of how cruel the baseball gods can be. 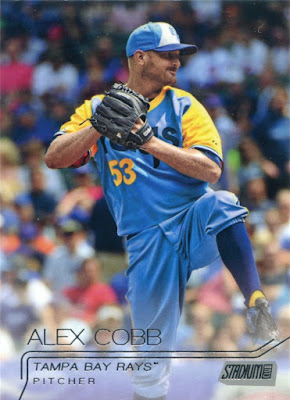 You cannot defeat '70s faux-backs, you can only hope to contain them. 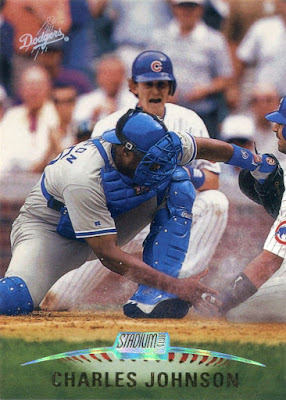 It was a PATP toss-up for the #102 slot in my Inaugural Frankenset, and for now I gave Charles Johnson the nod since I'm partial towards anything that prominently features Wrigley in the background.

Yet I still wonder if I gave due consideration to the unique Hinch/Matheny combo from this week's page: after all, I can't imagine many cards feature two different managers-to-be during their playing days.

You know, it's just like Stadium Club to barge in and completely overrun my frankenset but -- as it has in years past -- that's exactly what happened here in 2017.

Even though he's only been a part of the binder for a little over a month now, Ryan Healy (and Josh Reddick, of course) is, for my money, the runaway winner of this week's frankenset page.

And another page goes by the wayside.

I agree... that Healy is fantastic and easily the 9-pocket page MVP.