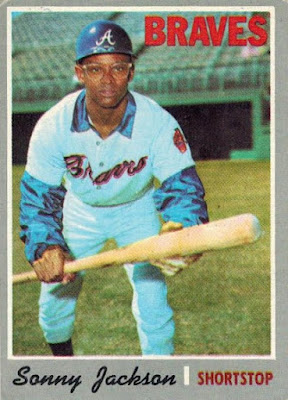 This one went right down to the wire.

As I expected, the two vintage contestants battled it out until the end -- a couple late tallies helped the '70 Sonny Jackson eke out a victory over the '71 Ray Sadecki, 12 votes to 11 (of 39 total). There is just something inherently odd and fascinating about a guy bunting on his almighty Topps image -- and even further, it wouldn't be the last (or even second-to-last) time Jackson was asked to show bunt on his baseball cards.

For better or worse, the picture does seem to fit the player: Sonny Jackson was a .251 career hitter (and even led the league in Sacrifice Hits once!). 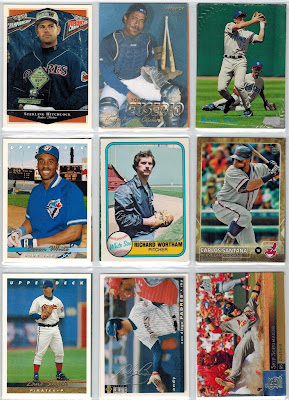 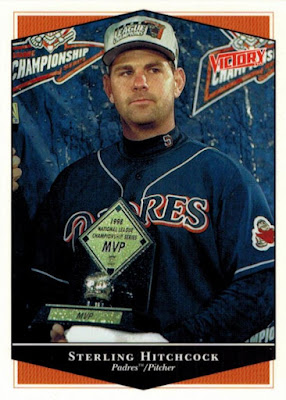 You'd think a dude would be a little more excited about winning a prestigious award. 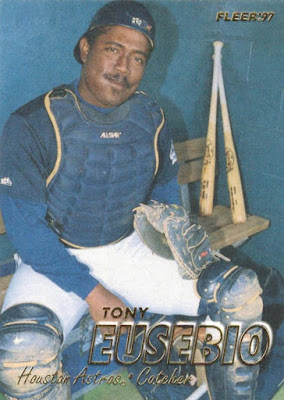 One of those cards that speaks to me for reasons I can't quite explain. 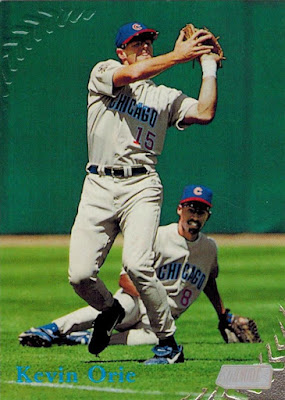 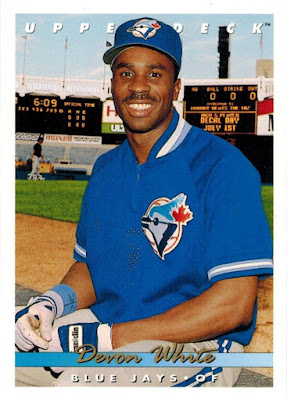 '93 Upper Deck rules for all eternity. 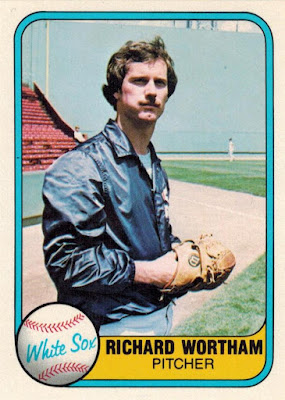 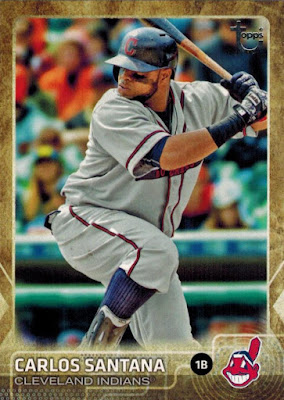 Sweet throwback from a variation set I'm still trying my darnedest to complete. 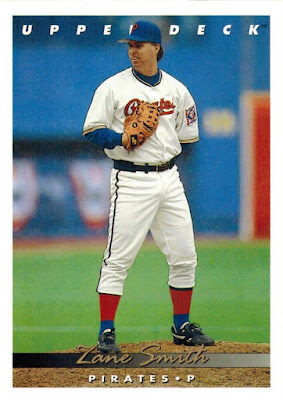 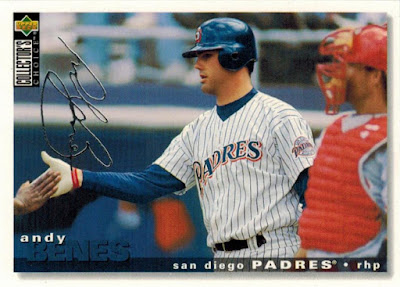 Pitcher (kind of) at the plate -- albeit the Silver Signature version since I somehow don't yet own the base card. 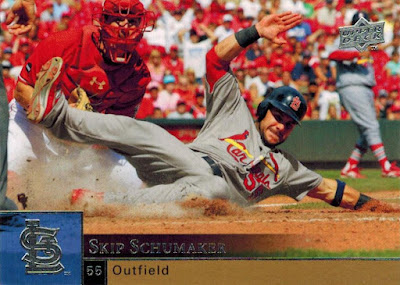 Hands and feet and dirt everywhere on this nifty PATP.

tHE fLEER DOES IT FOR ME TOO.

I've got a non-silver signature Benes I can trade you. Also the Neshek from your DB dozen. Time for another trade I think?

I love the action on Schumaker!

Green Monster or play at the plate... decisions... decisions. I guess my fascination for action trumps my love for 81F. Schumaker gets my vote in a very tight race.

Stirling Hitchcock looks absolutely ecstatic to be receiving that award. There's just something about that 1999 UD Victory design that I really enjoy. Underrated set IMO.

Tony or Skip?? Argh. Tough one but I think you know who gets my vote!