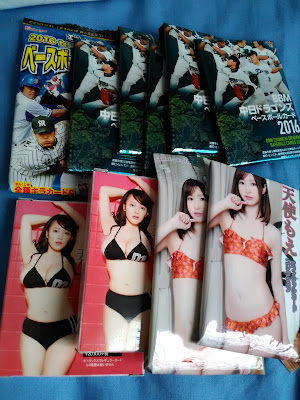 In my 27 years of life on this planet, I've never once traveled outside the US of A.

The desire to travel doesn't burn inside of me as much as it seems to with others (nor do I have the bank account to seriously entertain such thoughts), but I still daydream about it from time to time. I'd love to see Italy one day -- it's where much of my heritage lies and I still have family there. But for now I don't mind watching the world through my Midwestern window.

I hear a lot about people traveling to Japan and loving it. It's not high on my dream list, but I do have this fantasy of being rich and going to Japan just to frequent its card shops. In the meantime, though, I have a proxy shopper right here in the blogosphere who did just that for me recently. By now you've probably guessed who that is: none other than the great Zippy Zappy of "Torren' Up Cards" fame.

If nothing else, I think the combination of beautiful girl & baseball pack wrappers in this photo gave it away. 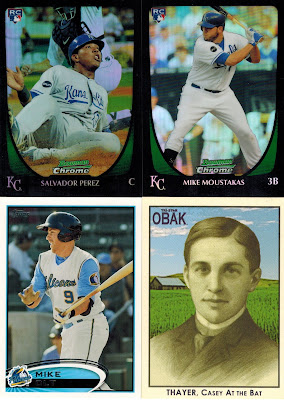 For now, I'll just show the baseball stuff and leave the cards of scantily-clad women up to your own imagination.

The Japanese baseball wrappers from the top photo weren't actually sealed packs -- instead Mr. Zappy cobbled them into makeshift repacks with gobs of gems stuffed inside.

Only Zippy Zappy can make fairly standard American cards feel like oddballs in a trade package... 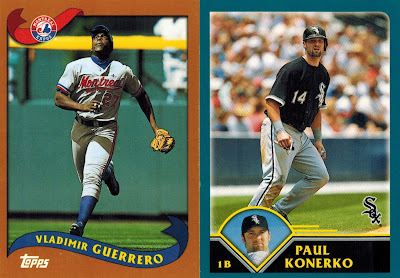 ...because from what I understand, almost everything else he sent came straight from a recent trip of his to Japan (a few of the cards were even in penny sleeves with the original price tag in Yen on the front).

True, these may look like your standard Topps fare... 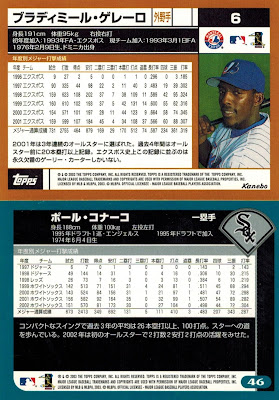 ...but a quick flip reveals them to actually be fantastic Kanebo oddballs of a couple top-tier dudes I collect.

Good luck finding these in America. 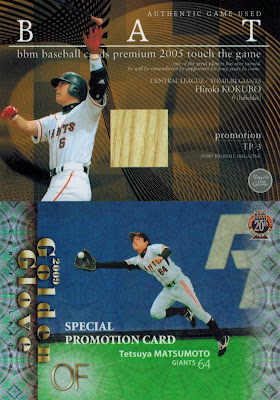 One reason I love Japanese cards is that they fascinate me even if I don't know who the guys on them are (which is most of the time). 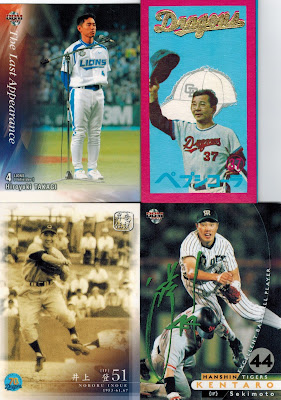 All cool, of course, but my favorite of the lot has to be that tip of the cap shot of one time Dragons manager Wally Yonamine which, if I'm remembering what Mr. Zappy described in a recent post, hails from a Japan-issued Pepsi set from the '70s. 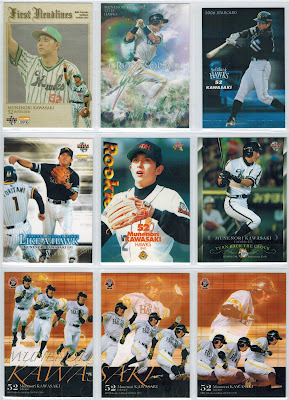 This is A WHOLE PAGE OF MUNI, and perhaps even scarier is the fact that these are only about half of the ones Mr. Zappy sent me in total. 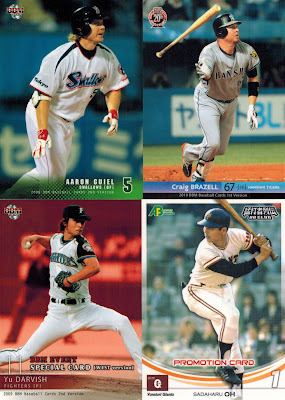 I doubt I've ever mentioned it on the blog, but Aaron Guiel is actually one of those obscure dudes I kinda collect, so I was thrilled to receive a card of his days as a gaijin with the Yakult Swallows.

Oh and did I mention there were also Japanese stuff of Yu Darvish and Sadaharu Oh in here?! 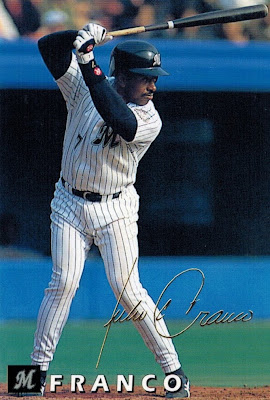 Picking a favorite card out of a jam-packed batch like this one is tough, but for now I'll say it's this magnificent Julio Franco here.

For one thing, it's Julio Franco, a guy I've collected for as long as I've worshiped baseball cards. I often have a tough time finding cards of his...and needless to say this is my first Japanese card of his. That's especially noteworthy since I didn't even know he played in Japan until right now (though I did know of his time in Mexico and Korea). Franco spent 1995 and '98 with Chiba Lotte of the NPB in between MLB stints. He'd famously go on to play forever and retire at the age of 176 (actually 49, but it felt like a lot older watching him as a teenage baseball fan).

Never in my wildest dreams did I think I'd own these Japanese gems that all came within a single Zippy Zapping -- all I can say is somebody needs to get me on a plane and into a Japanese card shop right now.
Posted by Nick at 6:23 PM

A whole lot of goodness there.

I'm drooling over that Julio Franco! I also have to say, it's a little strange but I think I like how those bottom three cards on that sheet of Kawasaki cards line up like that, pretty unique.

Glad you got a kick out of this. I'm pretty sure at least two of the Muni's also fall under your throwback PC. Also, that fac auto makes me think that Julio has some of the best penmanship in the game.

An awesome “zap”. Love seeing the Japanese stuff on blogs! Thanks for sharing!

Aw man, I'd love to go to a card shop in Japan too, but now it's futile since you got the Julio Franco I'd be looking for :)