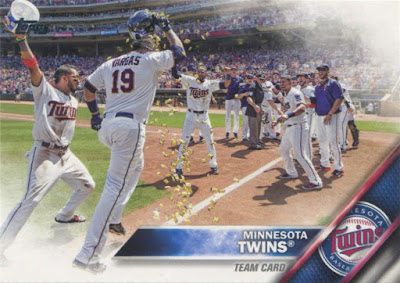 I've long had a soft spot for the Minnesota Twins, and I'll admit a lot of that has to do with the fact that they're the team at the heart of Little Big League, one of the premier baseball movies of my youth.

Billy Heywood and Lou Collins notwithstanding, the real Twins have always struck me as simply a fun ballclub. Even some of Minnesota's all-time greats -- Puckett, Kaat, Killebrew, etc. -- are more ingrained in my mind as relatable fan favorites rather than monument-like legends (though they are all legends, no doubt).

The Twins' Short Term Stops roster carries a similar vibe. There isn't a ton of all-out star power here -- only one Hall of Famer made the squad -- but there's a whole lot of guys who you might see and say: wow, I haven't thought about HIM in forever. Which is perfect, because those types have always been my favorite kinds of players to follow in my baseball life.

So without further ado, let's see what the Twins have to offer to the world of Short Term Stops. 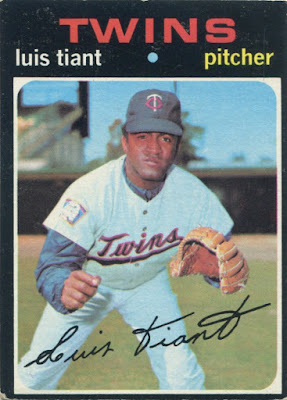 The roster kicks off with one of baseball's more beloved fan favorites: El Tiante.

Luis Tiant has been back in the news lately due to his appearance on Cooperstown's Modern Era ballot, meaning that he'll get another shot at entering the Hall of Fame. While I don't think he'll ultimately get in, there's no doubting that Tiant had a great career.

Though best remembered as a whimsical starter with the '70s Red Sox, Tiant actually debuted with Cleveland in the mid '60s and enjoyed early success before injuries derailed his career, so much so that he was actually flat out released by the Twins following his lone season with them in 1970 -- a season that saw him go 7-3 with a 3.40 ERA in 18 games with the club.

The Red Sox saw something in him and scooped him off the scrap heap, and thank god for that because the '70s just wouldn't be the same without Luis Tiant. 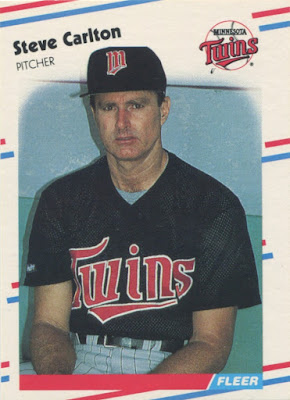 Steve Carlton is the lone HOFer on this team, and this is the only card I've ever seen of him as a Twin.

Lefty looks old and ghostly in this unflattering photo from Fleer, which is fitting since Carlton was a ghost of himself by the time he landed in Minnesota. He pitched in parts of his final two seasons in the Twin Cities, going 1-6 (the last of his 329 career wins) with an awful 8.54 ERA over 13 games with the Twinkies between the 1987 and '88 seasons before ultimately being released.

Stints like these are what make the Short Term Stops universe go 'round. 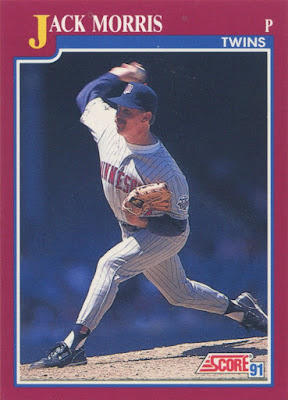 Jack Morris as a Twin is perhaps the classic example. You could argue that 1991 was Morris's most memorable year: he was an All-Star, won 18 games, and threw a 10-inning shutout in Game 7 of the '91 Fall Classic -- a performance that will be remembered for generations to come -- on his way to World Series MVP honors.

What sometimes gets lost to history is that 1991 was Morris's only season as a Twin, but holy cow did he make it count. 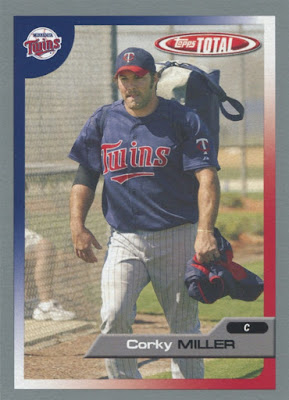 One of the greatest factoids in baseball history is that Corky Miller's real name is actually Corky (Corky Abraham Philip Miller, in full).

But before you start making fun of him, know that Corky played 11 years in the majors and is still a name I hear mentioned on occasion here in 2017, which is more than most past big leaguers can say. 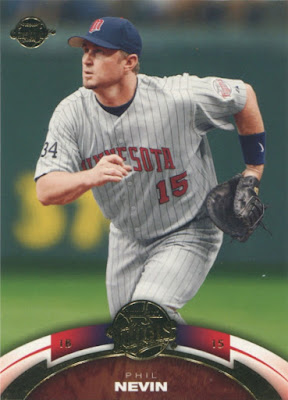 Phil Nevin pulled off the rare feat of having played for three different teams in his final year in the big leagues: he began his 2006 season with the Rangers, went to the Cubs, and ultimately finished with the Twins.

There's not much to say about Nevin's stint in Minnesota -- he hit .190 in 16 games before hanging 'em up -- but I can't think of another guy off the top of my head who has pulled off the three-team-sunset coup. 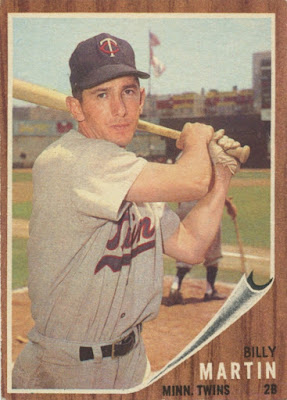 The last of those stops came with the inaugural Twins in 1961. Traded to Minnesota after just six games with the Braves, Billy stayed with the club through the rest of the season, hitting .246 over what would be the final 108 games of his career.

Martin would also later enjoy a second brief stint with the Twins, this time as a first-year manager with the Twins in 1969 -- Martin was fired after a single (albeit successful) season as skipper in Minnesota, paving the way for future managerial fame (and volatility) at with the Tigers, A's, and Yankees. 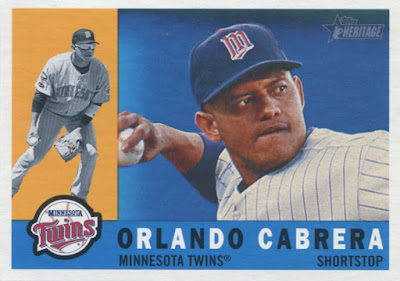 Orlando Cabrera was one of those players who -- whether by chance or design -- seemed to wind up on a lot of different winning clubs.

The Twins were the sixth of nine different teams Cabrera would play for during his 15-year career, hitting .289 in 59 games as a veteran presence with the AL Central-champion Twins in '09 (though they'd be swept by the Yankees in the ALDS).

Some players are just regarded as winners, and Orlando Cabrera exemplified that label. 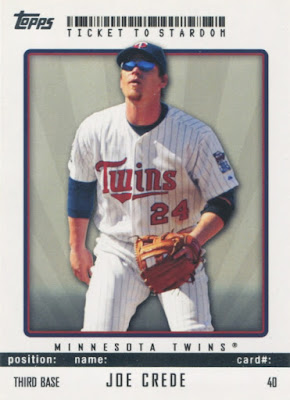 Joe Crede was also a part of that division-winning Twins team in 2009, though his season (and career) ended before the playoffs ever got started.

Crede is best known for his time with the White Sox, and specifically his heroics with the World Series Champion '05 club. He was one of the better-known sports figures around Chicago for a couple years there. Though he was coming off his only All-Star appearance in 2008, Crede produced a mediocre .225-15-48 line with the Twins the following year before a third back surgery ultimately forced him into the sunset. 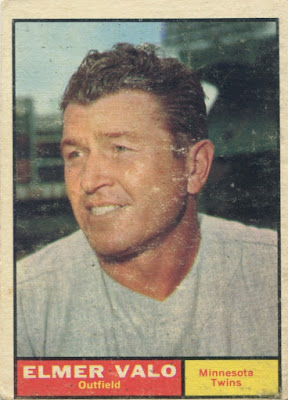 I never pass up an opportunity to mention Elmer Valo on this blog, and here's a golden one.

One of only two big leagers born in Slovakia (Jack Quinn being the other), Valo was an inaugural Twin in 1961 when the original Senators relocated from Washington. Valo was released after hitting just .156 in 33 games with the Twins, eventually signing with the Phillies, where he'd end his long and largely forgotten 20-year career.

Dude had a .398 career on-base percentage if anyone ever asks you Who the HECK is Elmer Valo?!, by the way. 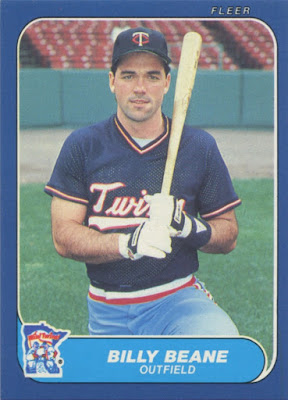 Decades before Brad Pitt would portray him in Moneyball, Billy Beane was a struggling young outfielder with the Minnesota Twins.

His story seemed to be heading on a common (though unfortunate) path: the can't-miss phenom who ultimately missed. Drafted by the Mets in the first round of the 1980 draft, '86 was the only season Beane saw anything close to substantial playing time in the bigs, hitting .213 over 80 games with the Twins and hitting what would be his only three career homers in the process.

Beane played in just 18 games with the Twins in '87 and would see cups of coffee with the Tigers and A's over the following couple seasons before finding himself completely out of baseball.

Of course, you know the rest. 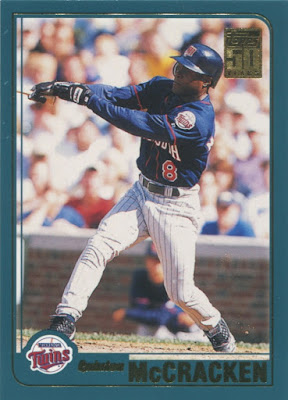 I collect Quinton McCracken for no other reason than that he was part of the inaugural Devil Rays club in 1998 -- I was a six-year-old baseball fan at the time and seeing a team just appear out of the blue was mind-blowing to me.

As a result, I still have an attachment to guys like McCracken, who would go on to hit .219 in 24 forgettable games with the '01 Twins following his departure from Tampa (though I'm surprised to learn he did hang around the bigs until 2006).

Might be the only time you see Quinton McCracken mentioned on the blogs this year. 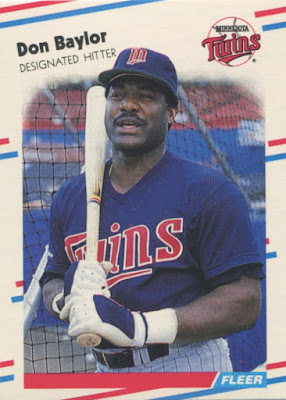 A last-minute addition to the presses of this post, this former Dime Box Dozen was secured in a trade with Bo in a package I just received a couple hours ago (thanks again, Bo!).

Somehow this prime Short Term Stops card completely passed me by up until now, a happening all the more painful considering the thousands of '88 Fleer singles I've encountered over the years. Pain no more, because this terrific Don Baylor (RIP) is now safely in my Twins binder.

The late Baylor pulled off the unmatched feat of playing in the World Series for three different teams over a three-year span. Sandwiched between stints with the '86 Red Sox and '88 A's, Baylor's only Fall Classic victory in those three seasons came with the '87 Twins, where he'd arrived following a late-season trade from Boston.

Baylor hit .286 in 20 regular-season games with the Twinkies, and batted at a sparkling .385 clip in the World Series to help Minnesota defeat the Cardinals in seven games -- quite a way to make yourself remembered in a city, I think.

Thanks for tuning in.
Posted by Nick at 6:52 PM

Really hope Tiant gets in the HOF...one of my all-time favorites!!

I expected Tony Batista to take 3b, but crede fits,too. Also thought Jaime Garcia deservesba spot - his was a true short term stop!

Billy is my all-time favorite manager. I'm so embarrassed. I had no clue he ever played for the Twins.

I loved Quinton! He could’ve been a .300 hitter with 50 steals if they gave him a fair shot in Tampa.

I would nominate Bret Boone and R.A. Dickey as honorable mentions, though they didn't end up getting a card in a Twins uniform. Jesse Orosco was a Twin for a hot minute as well.

Always a pleasure to read these. While I have no issue with the pitchers you selected, I have a couple of "Honorable Mentions" to... um... mention:
1) John Candelaria, 34 games, 1990
2) Bartolo Colon, 15 games, 2017 (although right now there are only Topps Now cards showing him as a Twin).

I just watched Moneyball again the other day and they have a clip from his Twins days. That is the only reason why I knew he was a Twin.

I see you replaced those cards with two others I can send you - have both the Gooden and the Madlock to trade. Let me know what else might be coming up in the rotation for the Dime Box Dozen and maybe I can clear off some more pre-emptively.

Aside from the Brewers, there is literally not a single major league team that I can - without looking - be sure that Orlando Cabrera did not play for.

ALso, thanks for telling me about Elmer Valo. Shame he's not better known.

What I learned from this post - Jack Morris only pitched one season in Minnesota. The Twins are the team that I associate him with, obviously because of that World Series.

Yep, it's been a couple years since I put up a Quinton McCracken card. http://infieldflyrulecards.blogspot.com/2015/05/the-trading-post-angels-in-order.html

@Brian mentions Jesse Orosco--Orosco, like Nevin, played for three teams in his final season. Padres, Yankees, Twins. I can't find ant Twins cards of him though.