Just as good as a card show 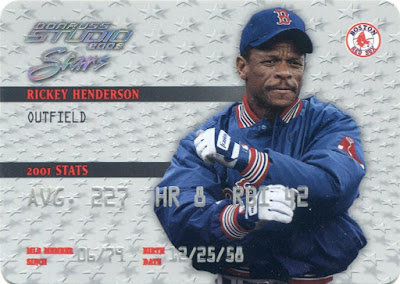 I have a card show coming up tomorrow, and you better believe I'm excited about it.

But lately, in an almost meta way, I've started thinking about what I think about in the days leading up to a show. Card shows are (and always will be) calendar-marked days for me, but the way I approach them has changed over time. Before, I suppose I got a little too amped up over them: good luck getting my adolescent self to focus on absolutely anything else in the days before a show, because WHO KNOWS what'll be in those dime boxes?!?!

These days, card shows are still massively exciting -- even more so since I now have a full-time job and a bit more money to spend -- but they're not be-all, end-all events. There's a few reasons for this. One, I've simply had a lot more to occupy my mind as the years have worn on, various constraints, whether physical or mental, that don't often allow me to fully focus on a show until the day of. As is life.

Two, and perhaps most importantly: I've found an online card-collecting community, and I've begun trading with the great people who inhabit it, including the one and only Julie of "A Cracked Bat" fame. 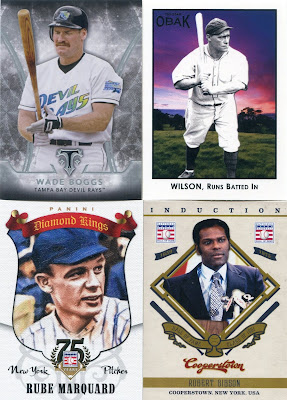 Trading in general is like receiving a mini-show in the mail, and that goes doubly so with someone as eagle-eyed and generous as Julie.

Card shows used to be isolated events for many years. I'd go to a card show and then have no contact with the cardboard community for many months following. That's one of the reasons it was such an event way back when. Now, with blogging, I'm always able to have a finger on the pulse of the hobby.

While I might not trade as much as I used to, I don't really feel like my collection goes through "dry" periods anymore -- not even in the cold, bitter November months. 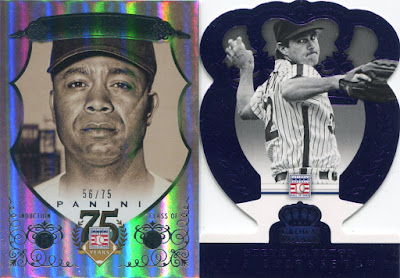 That's thanks to people like Julie who sometimes drop thick boxes of cards on my doorstep completely out of the blue, including a recent one that included everything you've seen in this post so far.

Unlicensed or not, there's no doubting the beauty here, and both the Doby (limited to 75 copies) and Carlton (50 copies) take their places as some of the scarcer cards in my binders. 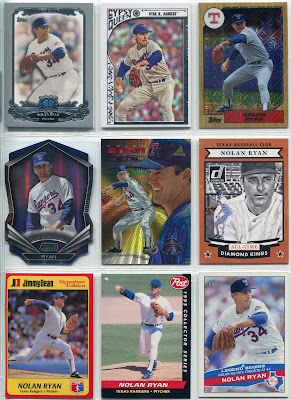 One of my new focuses at card shows has been to accumulate as many cards as I can of stars from the '80s and '90s (Brett, Yount, Gwynn, etc.), guys who I mostly ignored during my developing years as a collector.

Though he had his best years in the '70s, Nolan Ryan long belonged to that fold, though my collection of his is blossoming at a rapid rate and now reaching the 300-card mark, a number bolstered by a nine-pocket page's worth of The Express from Julie. 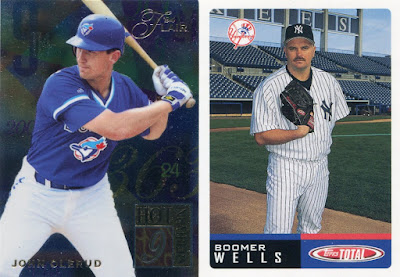 Also present was a new John Olerud for the archives and a reminder of David Wells's brief "Boomer" years at Topps. 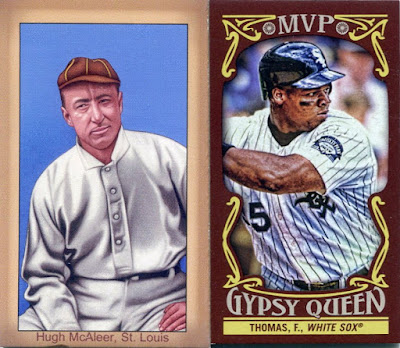 A couple minis for your viewing pleasure, though the one on the left caused a great deal of confusion.

It's obviously an oddball of some sort, but a quick Baseball Reference search on the name Hugh McAleer turned up nothing. Turns out that the card comes from a beer-brewing brand called Helmar, and Hugh McAleer doesn't exist: the player featured is actually Jimmy McAleer, a turn-of-the-century outfielder.

All that adds up to perfect fit for my collection, since I always love a good error card. 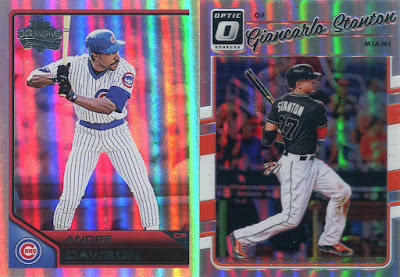 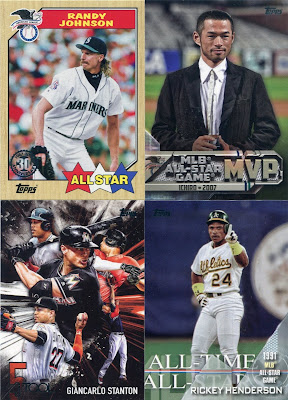 Some recent insert needs of guys I collect, and speaking of Ichiro... 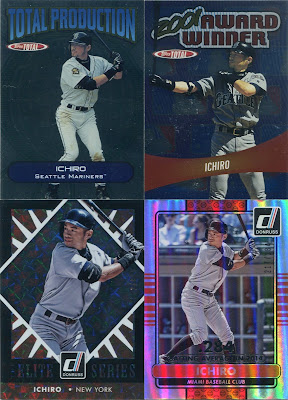 ...Julie really outdid herself here with Ichiros of the Total and shiny variety here.

Even one new Ichiro puts a smile on my face, much less five. 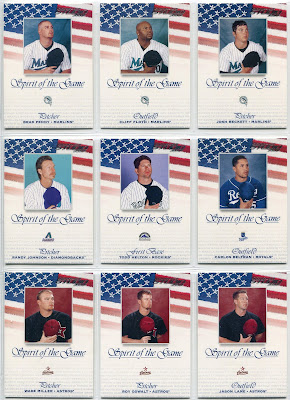 Though the staged anthem shot has always struck me as a tad awkward, I've long been on the hunt for these "Spirit of the Game" inserts for my Anthemic mini-collection, and Julie darn near sent me the entire set. 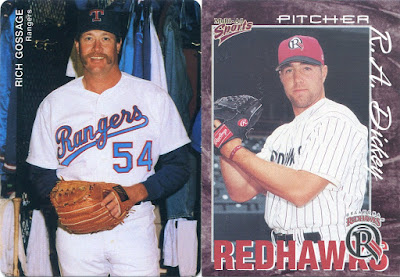 Mother's Cookies and minor-league oddballs: you just don't find this kind of stuff at card shows around here. 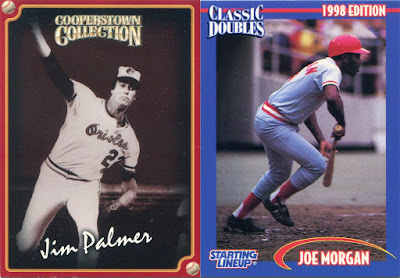 More lovely oddballs, these of the '70s superstar variety. 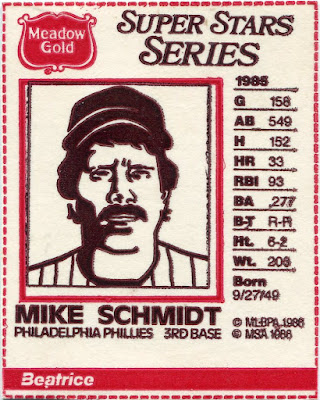 But here's where card shows are no match for trade packages: I've been collecting for my entire adult life, and never have I heard of Meadow Gold, much less seen their baseball cards.

Meadow Gold is a dairy company, and the cards they produced in 1986 resemble primitive video game avatars. Movies like Revenge of the Nerds and WarGames pop up in my head every time I see this computerized depiction of Mike Schmidt. It's a definite gem, and no dime box I've scoured in my years of experience has produced anything like it.

It took a generous soul like Julie -- and not a card show -- for it to finally find its way into my collection. But heck, with the way the universe sometimes works, I wouldn't be surprised to dig up another Meadow Gold card at the show tomorrow.

Dude, have fun! I'm hitting up a card show tomorrow as well. It's nothing like the community of fellow bloggers sending card packages to each other, but it still brings about a ton of excitement and anticipation.

Helmar, Meadow Gold, Multi-Ad, Mother's Cookers, and SLUP all in one package? That's an oddball-collecting dream team right there!

That Schmidt is an odd ball indeed. Had no idea those existed.

Love the stylin' and profilin' Ichiro!

Great post! Enjoy the card show tomorrow. I have not been to an actual card show in a long time; just not many to speak of in my area. Looking forward to blog posts on your finds at the show. And don't forget this Indians fan loves cardboard!

That Meadow Gold Schmidt is pretty awesome. Don't think I've seen one of those before. Then again... I don't think I knew that Gossage played on the Rangers either.

I guess it's good that Meadow Gold printed baseball cards on milk cartons. It's certainly better than the image of a missing child.