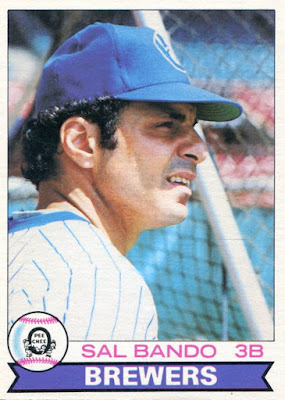 Sometimes trades are a long time in the making.

As was the case with one Joe Shlabotnik, who you might know as the mind behind the fantastic blog, "The Shlabotnik Report." Joe and I had been reading each other's blogs for at least a couple years now, yet somehow we hadn't ever traded before. This is odd, because I'm sure I've traded at least once with most of the longer-tenured bloggers in the business.

That recently changed, I'm happy to report, with a PWE I received from Shlabotnik HQ a few months back. I'm always eager to see what first-time traders pick out for me, and I cracked the seal on the envelope with a great deal of anticipation.

Right off the bat, BOOM: this terrific OPC Bando won me over from the start. 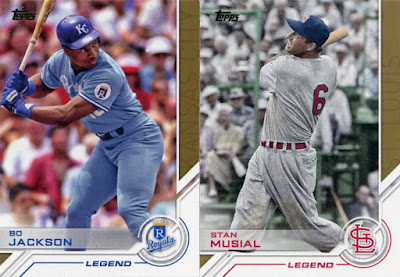 Then came a couple 2017 Topps insert needs in the form of these two greats of generations past.

While I agree that the Legend subset isn't exactly filling a deep void -- I own hundreds of cards of both Bo and Musial -- I seem to be one of the few who actually likes this year's "Salute" series. 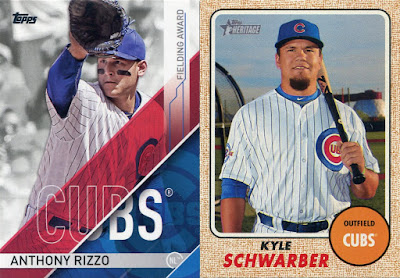 All I can say to people who send me harder-to-find Cubs these days is one big THANK YOU.

Living in the Chicago area, you have no idea how much time and money you're saving me by doing so, especially when you send me retail-only Rizzo inserts and chillingly scarce Heritage SPs of guys like Schwarbs. 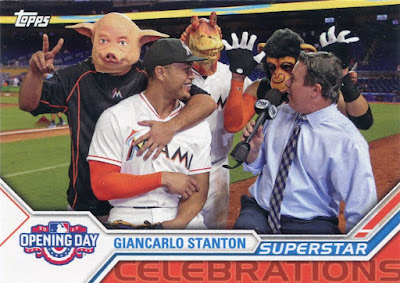 But this, without question, was the king of this PWE, and the card that kicked off my first trade with Mr. Shlabotnik in the first place.

Joe had posted Stanton & Co. on his blog at some point, and I made a comment saying how I'd been seeking a copy for my binders, because I'll be darned if this isn't one of my Cards of the Year thus far (for obvious reasons). Lo and behold, Joe emailed me with the intention of sending it my way, and it was on my doorstep days later.

Thus ended Phase One of my correspondence with Joe Shlabotnik. 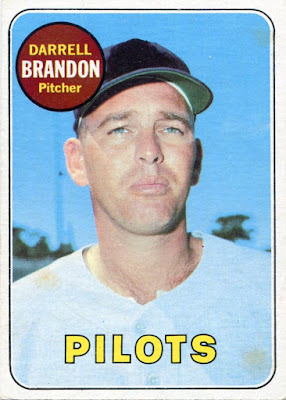 Phase Two came a short while later when Joe emailed me asking for a couple different want lists of mine, the first being a list of the 1969-70 Topps Seattle Pilots I still needed.

I don't think Joe knew it, but he was helping me out a great deal by basically forcing me -- a person who often dreads compiling want lists -- to sit down and actually pinpoint the remaining gaps in my Pilots collection. I've said this before, but what once started as a tongue-in-cheek quest to get Every Pilots Card Ever Made has, with time, turned into somewhat of an attainable goal.

Turns out I was a lot closer to reaching my subgoal of getting Every Topps Pilots Card Ever Made than I thought I was -- I was shocked to discover that I needed just nine more Pilots between the 1969-70 checklists to have them all. 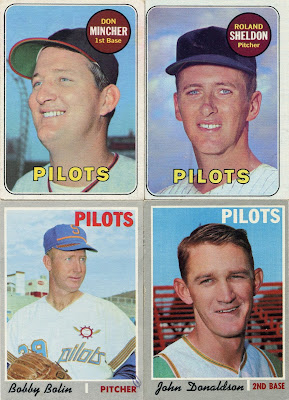 Now, thanks to Joe, that number is down to just four, as he knocked out five of my nine remaining wants.

One reason I love collecting the Pilots -- aside from the general curiosity of a big-league team existing for exactly one season -- is the cast of characters and also-rans the team employed.

You have Don Mincher, a power-hitting first baseman who was only one of two Pilots (with Mike Hegan) to make the All-Star team in the franchise's only season. But you also have Roland Sheldon, a guy who never pitched a single game in the Pilots' organization and, in fact, never pitched in a big league game after 1966 -- yet there he is on a card a whole three years later.

As is the unsung glory of expansion teams. 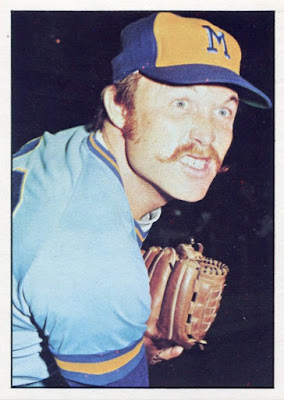 The second want list Joe requested was my remaining needs from 1976 SSPC, another list I'd never actually sat down to make before.

I do still need a fair amount from this set, and though I'm mostly down to the bigger names by now, a few relatively common ones have slipped through the cracks as well.

And lest you think this second PWE was devoid of Stanton-esque goofiness, here's former Brewer Jim Colborn on a card that might cause either levity or horror, depending on the viewer. Though perhaps not huge, huge names in the hobby, Campy and Davey Lopes were among the few fan-favorite types I hadn't yet tracked down from SSPC. 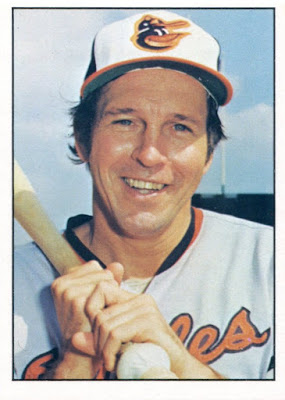 And last but not least, here's one of those big names I was talking about: Brooks Robinson.

While he was in the later stages of his career at this point, Brooks is at his most effervescent on this fantastic card, one that I can't thank Mr. Shlabotnik enough for giving me.

Talk about a tale of two trades: I was talking Heritage SPs and goofy masks one minute, Seattle Pilots and SSPC the next.

It's almost hard to believe the same guy sent both of these glorious envelopes my way.
Posted by Nick at 6:33 PM

I don't know WHAT the hell's going on in that Stanton card...but I love it!!

That Stanton card is indeed fantastic! Joe's the man!

Whoa. What's up with the Pig-Yoda? That's not what I wanted to see while winding down and getting ready for bed.

P.S. Lopes sure had a sweet 'stache.

I'm just glad that someone benefits from the many instances of "Yay, a new Pilot for my collection -- Oh, poo, I've already got him". :-)

Do you have many of the 1983 Galasso Seattle Pilots cards. Those are super nice.