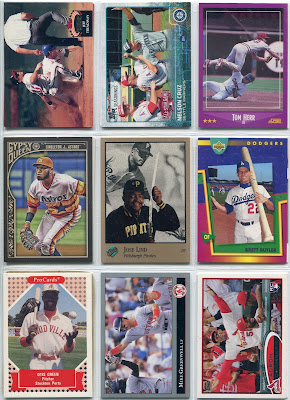 (Weekends have been hectic as of late for me, causing a lengthy delay of these frankenset posts as a result. But I'm happy to report that the theme is making its grand return this afternoon with a new page of nine dime box heroes. Enjoy!) 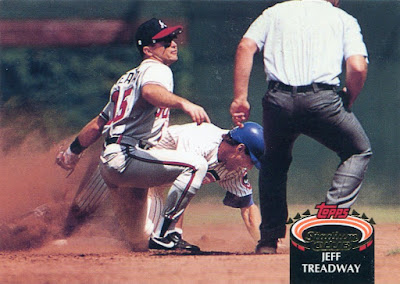 Action amidst a cloud of dust at Wrigley. 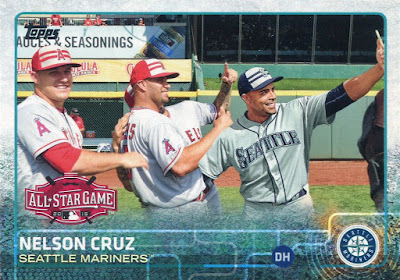 Although I'm very much anti-selfie, this card is kinda fun. 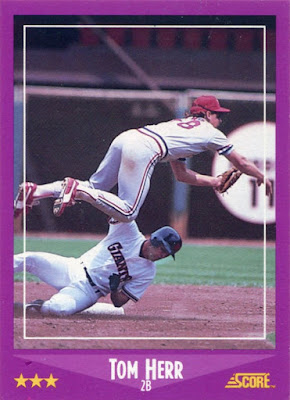 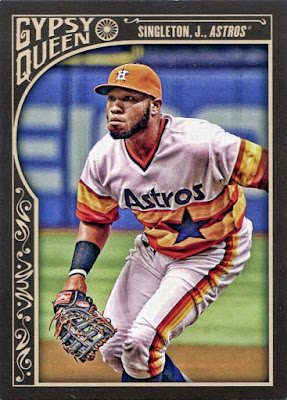 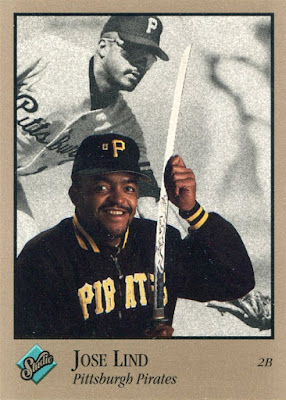 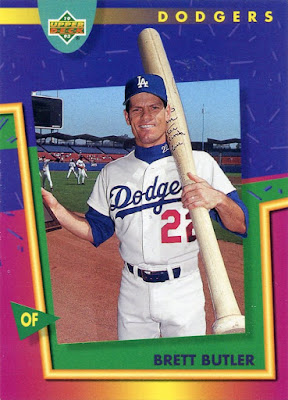 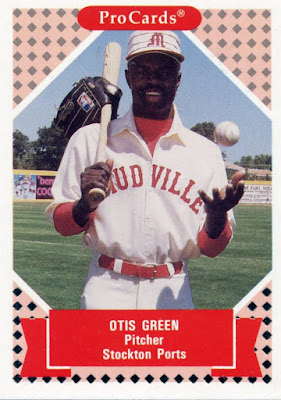 And somewhere men are laughing, and somewhere children shout / But there is no joy in Mudville -- mighty Casey has struck out. 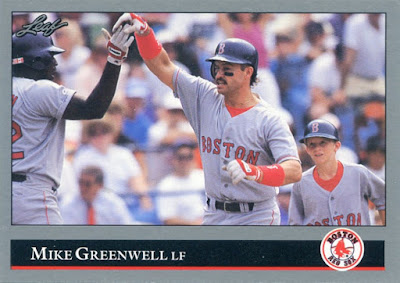 Celebrating at home plate (with a batboy cameo!). 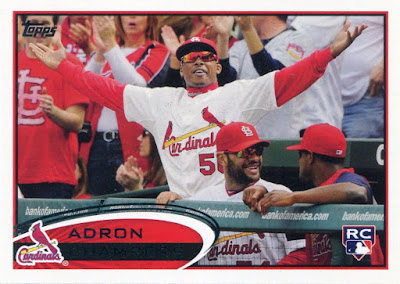 Are you not entertained?

Tough to beat appearances from Mike Trout and Albert Pujols on the same card.

Double play shots are my main targets for date trackers, and I'm going to guess and say this particular twin killing comes from a Giants-Cardinals game at Candlestick on May 13, 1987.

The Cards turned a 5-4-3 double play in the bottom of the fourth in that contest, with Tom Herr forcing Will Clark at second (the runner certainly looks like Will the Thrill) before firing to first to get Bob Melvin, thus completing the double dip.

The Cardinals would win that afternoon in a nail-biter, 7-6.

A song applicable to both this card and my collection as a whole. 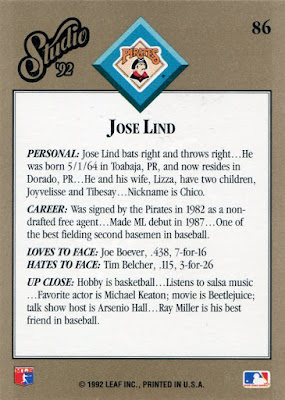 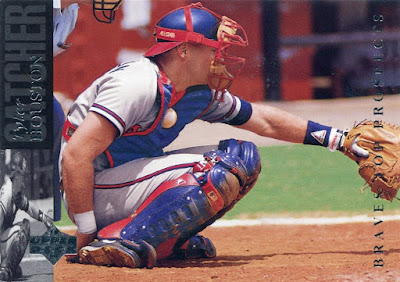 Look fast and you might miss the point-of-impact shot of poor Tyler Houston getting nailed in the sternum by a stray foul ball. 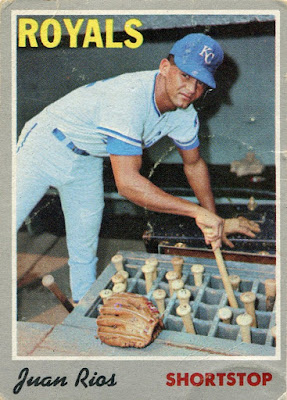 Batboy cameos are always a treat, but Greenwell and Co. didn't have a prayer of taking down Juan Rios's vintage bat-rack shot from the Inaugural Frankenset -- quite possibly the best card ever granted to a guy with exactly one year of big-league experience (87 games with the '69 Royals). 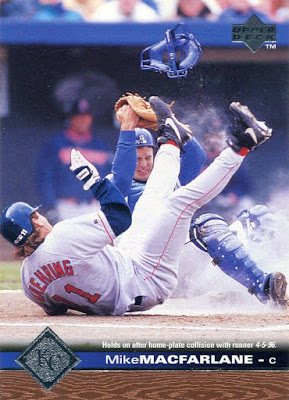 The Macfarlane is about as action-packed of a PATP as you'll ever find (flying catcher's mask!), but cards with nods to classic poetry aren't exactly common, which has me feeling like I left mighty Otis Green out to dry in Mudville.

I can honestly say that this is the only card I've ever seen with a gosh-darn sword on it, and it's infinitely hard to believe that one even exists in the first place -- as is the often underrated and off-kilter joy of early '90s Studio.

That Lind is one of the oddest cards I've seen!!

Never thought I'd see a sword featured on a baseball card. But if you told me there was one... I would have guess Studio.

One of my favorite things about the Nelson Cruz card is that Hector Santiago's AS card shows him posing with teammates Trout and Pujols. That's Santiago hidden behind Cruz, and their card photographs are obviously taken around the same time. You can almost picture Cruz hanging around during the shot then saying "Hold up guys, I want to get in on this!"