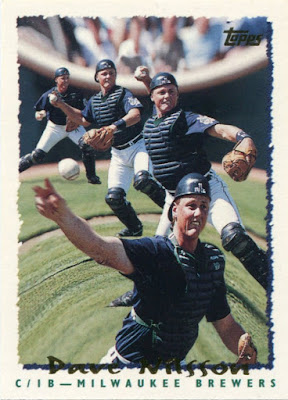 We had a close one last week.

In what turned out to be a narrow, one-vote victory, the psychedelic Dave Nilsson took eight of the 36 total tallies to win last week's frankenset crown. The votes were well spread out, as six of the nine nominees received at least four a piece.

In what was personally one of the more difficult decisions I've had to make, I did end up giving Nilsson the slight edge over Morandini and the 2015 Stadium Club Zach Britton. 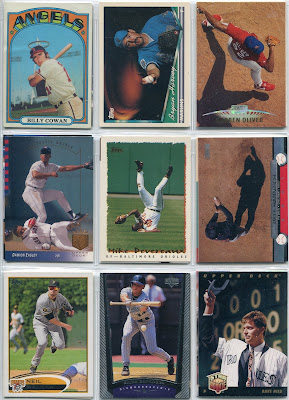 It doesn't look like the choices will be getting any easier this week. 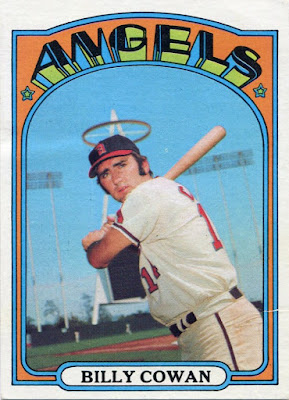 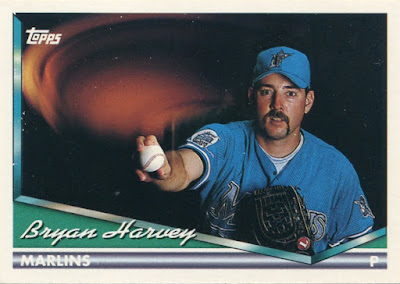 This quirky water-vapor effect doesn't appear on many cards, but it's flat-out gold when it does. 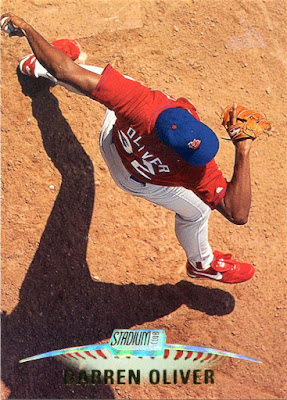 Going over the top for this beauty from the Stadium Club annals. 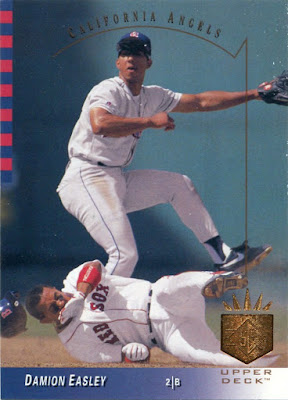 Turning two in front of the Green Monster. 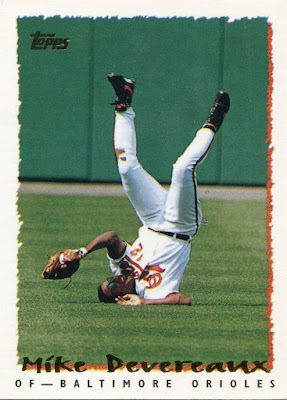 A member of the all-gymnastics baseball card club. 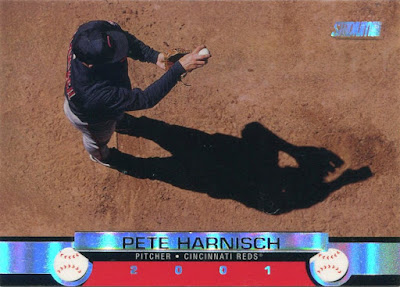 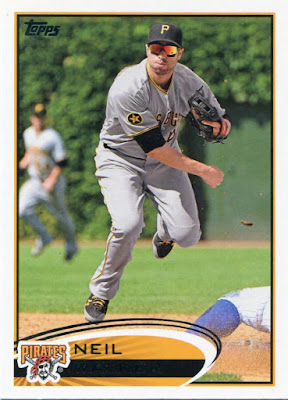 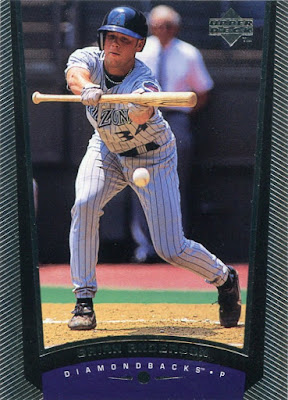 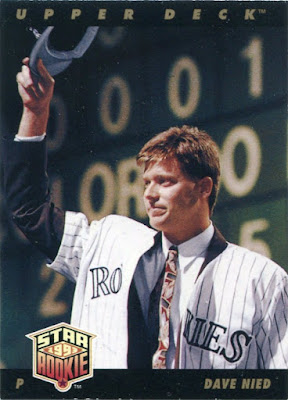 We close with a draft day tip of the cap from Dave Nied, the #1 expansion pick of the Colorado Rockies.

As much as I love Shadow Shots (BTW those 2 came in 2, and 3 for me), had to go with signs from above (punning). Went with the Halo.

I'm not the only one who voted for Nied! Yay! But the Cowan is pretty rad, and currently has half the vote.