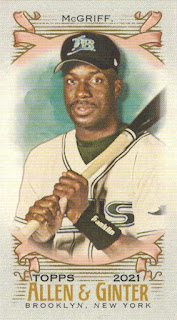 I caught most of the Cubs-Reds "Field of Dreams" game last week, and at some point I realized it was the first Cubs game I'd watched in, oh, about a month or two.
Seeing as how this is from someone who calls themselves a Cubs fan, I had to ask myself the question - am I a frontrunner? It's obviously a basic fact that a good team is more fun to watch than a bad team, but it wasn't so long ago that it hurt to miss a Cubs game because of work or other obligations. Nowadays I turn on more Sox games because they are simply a better team (albeit still disappointing this year) and give me more incentive to watch them. Still, I've felt like I'm abandoning my Cubs fandom with how little I've seen of them the last few seasons.
But being a fan is a two-way street. How can I expect to love a team like the Cubs that continues to field what is more or less a Triple-A lineup day after day? How can I root for a franchise whose owner rakes in piles and piles of money while crying poor? Aside from Willson Contreras, I can't say I have much of a connection to anyone on the Cubs roster right now.
Here in 2022, I find myself envying people like Dodger-fan extraordinaire Greg of "Night Owl Cards" who actually have a good team to root for. 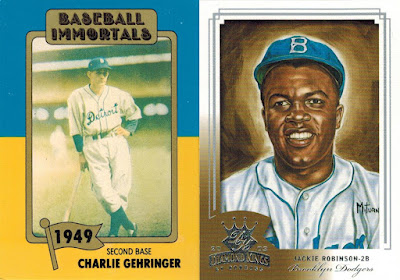 I remember when the Cubs were making a mockery of the league, much like the Dodgers are doing these days - but those days are long behind us.
But whether my team sucks or not, it's always been comforting to have baseball cards to fall back on. They keep me connected to the game when my favorite teams are pushing me away. And best of all, people like Greg keep sending them to me!
In addition to the excellent mini at the top of this post - I always have a weakness for Rays McGriff cards - came these two legendary second basemen for the binders. 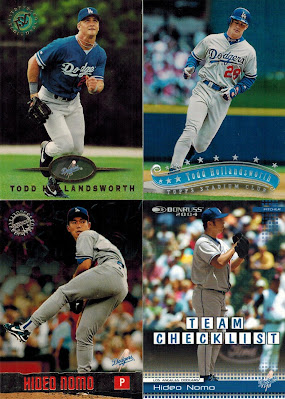 Greg tossed up a bunch of his Dodger extras on the blog a while ago - his doubles are probably better than my entire catalog of Dodgers - and I was lucky enough to get a few of 'em.
I'm probably one of a few thousand Nomo collectors in the hobby, but I can't imagine there's many other Todd Hollandsworth fans still out there - he's one of those guys I've always liked without quite knowing why. 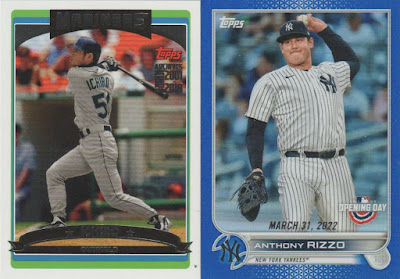 A couple big player needs here - reprinting all of Ichiro's Topps cards in Archives a few years ago had to be one of the most unnecessary insert ideas ever, but of course I still want them because that's how player collecting goes.
(No, the sting of seeing Anthony Rizzo as a Yankee hasn't quite worn off yet.) 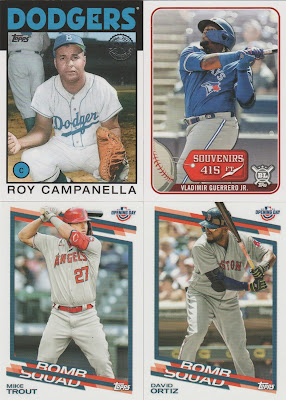 Greg's always been good about scouring my want lists, and he helped me land a few 2022 needs here - actually check that, because I keep calling 2021 Big League a 2022 set (but can you blame me?). 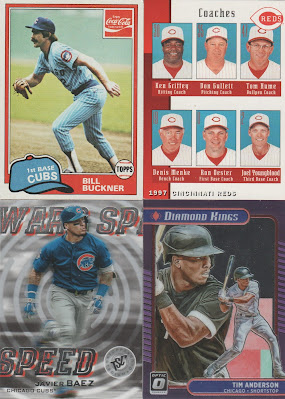 I often admire Greg for his regimented collecting ways - collecting a specific team and building specific sets - but he can get the randomness engines going sometimes, too.
Coca-Cola cards, stadium giveaway oddballs (with a Ken Griffey Sr. sighting!), and other scattered Cubs and Sox are all the exact kind of madness I love. 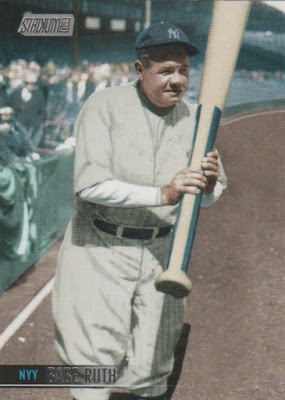 Greg also took down one of my Dime Box Dozen needs with this beauty - because how could I not want a card of The Babe with a big bat?
It's hard to know where the line between being a fan and a frontrunner is sometimes. I've always thought of myself as a fan of the game itself more than anything, but it sure helped when my favorite team was even anything approaching a decent ballclub. I just can't get myself too excited over watching a team that seems to make me wonder who's THAT? whenever they bring in a reliever or throw in another outfielder.
Alas, 2016 seems like a long time ago now.
Posted by Nick at 5:52 PM

For what it's worth, my Mets are doing well and I'm still a bit off this season. In my case I think part of it is ill feelings towards MLB (the organization, not the players) carrying over from the lockout, plus a general still-not-back-to-normal malaise I've been feeling. I feel like there is also be a loss of knowledge because the scarcity of retail cards means I haven't been learning about random players from other teams when I go through packs.

Love the Ruth card, gonna need to get one.

Rooting for bad teams isn't fun, but it makes it a lot sweeter when they eventually win something.

I watch whatever teams are on TV...which since I'm not shelling out for Marquee Network,is almost never the Cubs...which is fine with me!

Glad you liked the cards!

The Cubs will be back (I think). It's the perennial screw-ups like the Pirates that bother me the most. How do they have any fans? Teams should operate like the Dodgers -- be in it to win it -- otherwise what is the team even doing?

Definitely feeling the malaise too. Some lockout hangover I'm sure, but also MLB has done such a bad job at making stuff available that I've just given up on watching anything.

I do try and pay attention to the team still but the modern game is tough there too. So much roster churn. Giants have played like 55 different players so far. And had another dozen who they've acquired and let go off the 40-man roster before even getting a chance to play. Makes it really tough to get to know any of the players when everyb game is a "who the hell are these guys" exercise.

Also, as someone pretty new to reading the blogs, Yay! foer well kept up and detail wantlists!

It's certainly better than being a fan of the perennial screw-ups, as Night Owl typed. If I kinda watched them when they were bad, why wouldn't I kinda watch them now?

That was an interesting cast of coaches that the Reds had back in '97.

Rizzo had a big home run last night, but he's been pretty bad most of the season, so it's been stinging for Yankee fans to watch him too! (Currently hitting .219, ugh)

I'd say it takes some guts to root for good baseball rather than "rooting for the laundry" as most of us too. People say "not a real fan" but there's lots of variety in how people can enjoy baseball (or anything else).