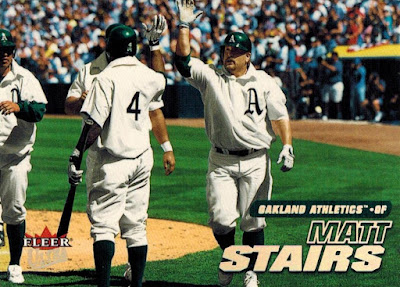 Here's another example of how off I can be on predicting the outcomes of my own frankenset.

I thought the Stadium Club Jameson Taillon would run away with the win last week -- for my money, it's one of the more striking cards in this second frankenset. But in the end, Taillon barely factored in the running at all: he finished a distant third behind record-making Eric Christopherson (9 votes) and the eventual winner, Matt Stairs, who received 11 of the 37 total tallies. Definitely a fine card, full of excellent dead-ball era throwbacks, but I didn't think it'd be a match for Taillon.

And so our newest victor walks up the Stairs and into the Gallery of Frankenset Champions (sorry, pun). 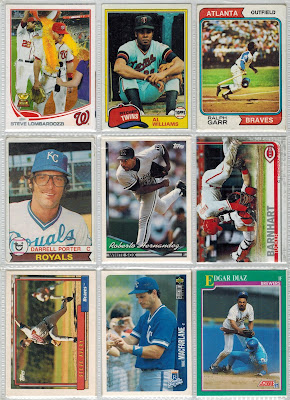 We're back to the higher numbers with this week's group: as dictated by the Random Number Generator, we'll be taking a look at Page 64 (#s 568-576) of the frankenset tonight. 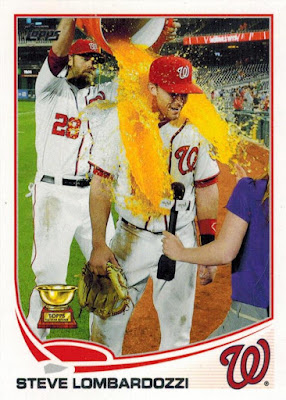 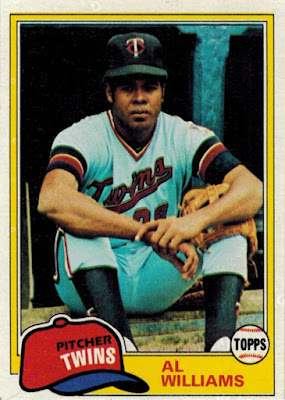 I can't tell you exactly why this card's in my frankenset -- it's basically just a dude sitting down -- but for some reason it speaks to me. 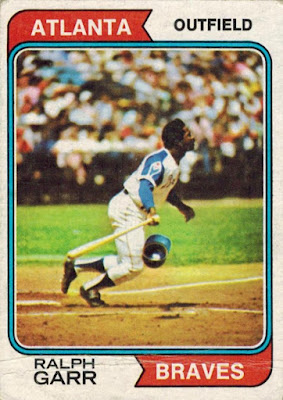 Ralph Garr's '75 Topps card seems to be much more famous than this one (it won its page in the inaugural frankenset), which is odd since it features the exact same photo, only a year earlier. 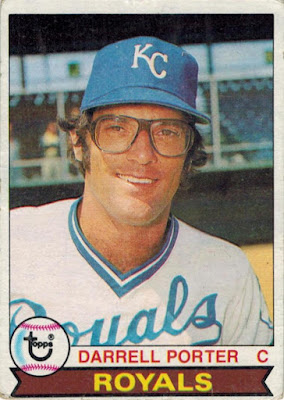 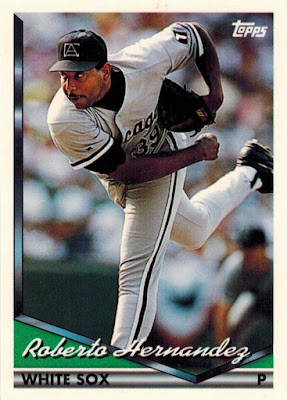 The jersey isn't a throwback, but the hat is. 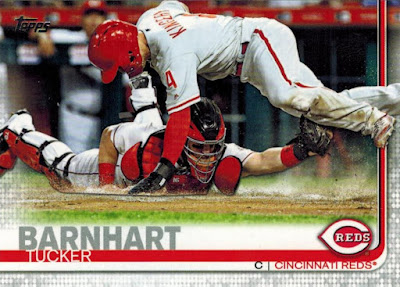 An awkward, sprawling play at the plate from this year's Topps. 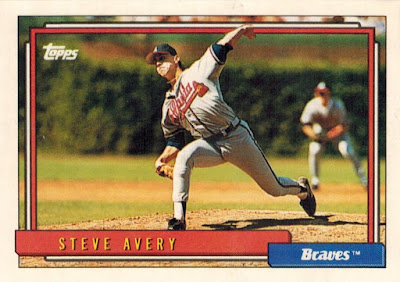 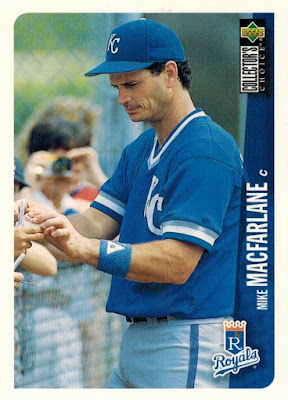 Collector's Choice is an absolute goldmine for autograph shots. 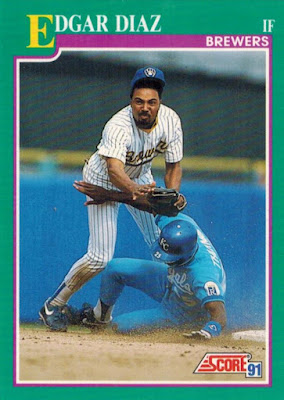 The more violent the double play, the better!

As much as I love my Braves (and two choices here), I've got to go with card uno! It has everything, trophy Cup, Gatorade, and a wet reporter.

Giving the nod to the Nats this week in honor of their Wild Card victory last night. What an appropriate card.

The Nats won a playoff series. Gotta show some respect